Donald Trump gets to name a second Supreme Court Justice, who will shift the court permanently in a conservative direction 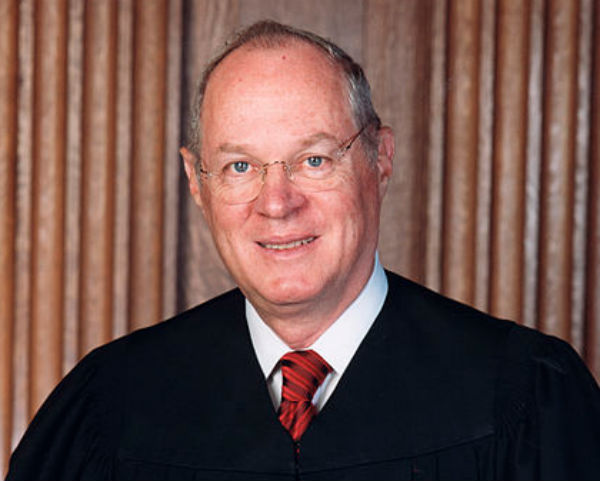 Supreme Court Justice Anthony Kennedy – Photo: The Oyez Project, Collection of the Supreme Court of the United States, via Wikimedia.

U.S. Supreme Court Justice Anthony Kennedy has announced he will retire at the end of July, allowing President Trump to name a second justice to the nation’s highest court. Named to the court in 1987 by then-President Ronald Reagan, he will end his career with 31 years of service.

In naming a second justice, Trump will effectively be able to permanently shift the court in an even further rightward direction for generations.

Once a successor to Kennedy is named, conservative groups are likely to challenge — and may be ultimately successful in overturning — landmark decisions like Roe v. Wade, which legalized abortion nationwide, and Obergefell v. Hodges, which legalized same-sex marriage nationwide, and turning decisions involving those issues back over to individual states to decide whether to permit them, and, if so, how best to regulate them.

“Justice Kennedy was the most important member of the court in a century, maybe ever,” Tom Goldstein, a Washington, D.C.-based lawyer who argues before the court and publishes the SCOTUSblog website, told NBC News.

Since the retirement of Justice Sandra Day O’Connor, a Reagan appointee, in 2005, the 82-year-old Kennedy has served as the crucial “swing” vote in some of the most controversial cases to come before the high court.

Kennedy has sided with the court’s four conservative justices to gut the Voting Rights Act, to allow corporations and unions to spend unlimited amounts of money to support candidates for public office, has broadened the scope of how the court interprets the Second Amendment, and, most recently, changed the way that unions can collect dues, effectively crippling their influence.

But he has also sided with the court’s liberal wing to ban capital punishment for the youngest offenders, has limited the powers of states to enforce immigration laws that are more severe than the federal government’s laws, and, most importantly, has shaped the court’s stance on LGBTQ rights, including the legalization of same-sex marriage.

“It’s not just that he was the pivotal vote so often. It’s that his thinking changed the country,” Goldstein told NBC News. “Gay rights is the biggest example, but it’s not the only one.”

The LGBTQ political group Log Cabin Republicans issued a statement praising Kennedy’s legacy on LGBTQ rights during his time on the court.

“No Supreme Court Justice in history has done more to advance gay rights than Justice Kennedy. This is not something that is up for debate; in his 30 years on the bench of the nation’s highest judicial body, Justice Kennedy did not simply author the most pro-gay decisions of a Supreme Court Justice — he authored all of them,” Log Cabin President Gregory T. Angelo said in a statement.

“Justice Kennedy will likewise leave a legacy as a staunch supporter of religious liberty, as his discerning opinion in this term’s Masterpiece Cakeshop case showed,” added Angelo. “Log Cabin Republicans congratulates Justice Kennedy for the thoughtful sympathy he displayed to the LGBT community throughout his career, and for his decades of service to the United States of America.”

The National Center for Lesbian Rights, a legal organizations that advocates on behalf of the LGBTQ community, called on U.S. senators who will confirm Trump’s pick to exercise their independence and refuse to confirm any justice that will not stand up for LGBTQ rights.

“We need a Supreme Court that will stand firm in support of constitutional liberties and the protection of equality,” NCLR Legal Director Shannon Minter, said in a statement. “Now more than ever, we need all Senators, including principled moderate Senators, to hold the line to prevent any nominee who would fail to ensure our country’s most basic principles of justice and equality for all.”

GLAAD, which had come out earlier on Wednesday in favor of amending the U.S. Constitution to protect against discrimination based on sex, sexual orientation, and gender identity, argued that Kennedy’s retirement signals that LGBTQ Americans can no longer trust the nation’s courts to defend their rights.

“Justice Anthony Kennedy’s retirement will allow President Trump to fill his vacancy with yet another anti-LGBTQ justice with a lifetime appointment,” Sarah Kate Ellis, the president and CEO of GLAAD, said in a statement. “If we cannot trust in our nation’s top Court, then now is the time for our community to prioritize the permanence and safety of an amendment to the U.S. Constitution that protects against discrimination.”

Related: Kim Davis’ lawyer: “We are a few months away” from overturning gay marriage