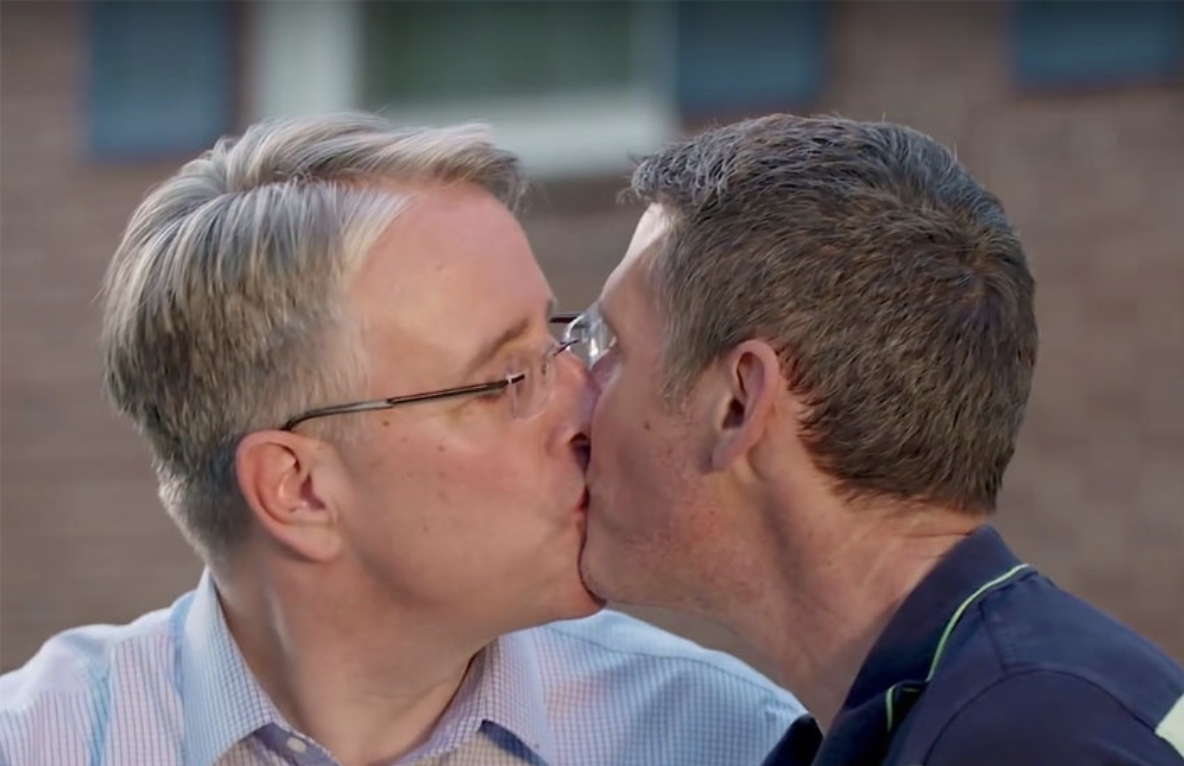 A Democratic candidate in Maryland’s gubernatorial race has apparently made history by airing the first same-sex kiss in a campaign ad.

Maryland state Senator Richard Madaleno‘s ad showcases his track record proving he will “stand up to Trump,” and lists his various actions that have gone against the President’s agenda.

“I’m running for governor to deliver progressive results and to stand up to Donald Trump,” Madaleno says in his ad. “Here are a few of the things that I’ve done that already infuriate him.”

Madaleno goes on to list a bill he co-sponsored banning assault weapons, as well as his support for public schools, before asking, “What’s the number one way I piss off Donald Trump and the Republicans?” Madaleno then kisses his husband, Mark, on the lips.

“Take that, Trump,” he says into the camera, while sitting with his husband and two children.

The ad first aired on Fox and Friends Thursday, which has been cited as President Trump’s “favorite show.” Madaleno, who is already the state’s first openly gay member of the General Assembly, would be Maryland’s first openly gay governor if elected.

The Washington Post reported on Tuesday that Madaleno is currently fourth in the polls to become the Democratic candidate, while Ben Jealous is in the lead.

← Previous Story Capital Pride honors Heroes, Engendered Spirits and other awardees
Next Story → Capital Pride 2018 was “a big party celebrating who we are and who we want to be”