A federal court in Florida has ruled that a Jacksonville-area school district unlawfully discriminated against a transgender student when it refused to allow him to use the boys’ restroom.

Lambda Legal, the national LGBTQ legal organization, sued the St. Johns County School Board on behalf of Drew Adams, a 17-year-old boy, through its policy requiring students to use only those facilities matching their gender identity.

Adams had known his true gender identity for years, and began living openly as a boy in 2015. Like Virginia student Gavin Grimm, Adams, then a freshman at Allen D. Nease High School in Ponte Vedra, Fla., was able to the boys’ restroom for a short period of time before someone filed an anonymous complaint with the school board.

The school then told Adams he could only use gender-neutral restrooms if he refused to use girls’ facilities.

In the lawsuit, Lambda Legal argued that the school board’s policy violated both the Equal Protection Clause of the Fourteenth Amendment and Title IX of the 1972 Education Amendments Act.

Lambda Legal also contends that the policy send a purposeful message that transgender students in the school district are undeserving of the privacy, respect, and protections afforded to other students.

U.S. District Court Judge Timothy Corrigan, of the Middle District of Florida, agreed with those claims.

“[T]he evidence is that Drew Adams poses no threat to the privacy or safety of any of his fellow students. Rather, Drew Adams is just like every other student at Nease High School, a teenager coming of age in a complicated, uncertain and changing world,” Corrigan wrote in his opinion. “When it comes to his use of the bathroom, the law requires that he be treated like any other boy.”

Lambda Legal hailed the decision as a major victory for Adams and other Florida transgender students.

“Throughout the trial, the court addressed Drew the way his family, friends, community, and even the state of Florida treat him — as a boy,” Paul Castillo, a senior attorney and students’ rights strategist at Lambda Legal, said in a statement. “For St. John’s County School Board to have a policy that says Drew is somehow less deserving of the same safe, respectful learning environment as any other child because he is transgender is discriminatory. We are pleased that Drew will be able to start his senior year being able to use the restroom that matches who he is, just like any other student.”

Adams, who will begin his senior year when he returns to school in August, looks forward to being treated just like any other male student.

“I am so grateful that I can just focus on being a regular kid at school,” he said in a statement. “I have so many other things on my mind, like getting into my top college choice, so I don’t want to have to worry about whether I can use the boys’ restroom. It was upsetting to think my school didn’t want me because I am transgender, and I hope no one else has to feel like that.”

Related: Transgender student says he was “shocked and demoralized” when he was barred from using the boys’ bathroom

Jason Yoakam claims denial of treatment for his gender dysphoria is discriminatory and violates his Eighth Amendment rights.

An incarcerated transgender man has filed a lawsuit against the Virginia Department of Corrections for discriminating against him by denying him surgery and other treatment for gender dysphoria.

Jason Yoakam, who has been incarcerated at the Fluvanna Correctional Center for Women in Troy, Virginia, since 2004, was diagnosed with gender dysphoria in 2017, but has repeatedly been denied gender-affirming medical care, including mental health services and gender confirmation surgery. The Department of Corrections also denied Yoakam reasonable accommodations in the form of medical providers who are qualified and well-trained in dealing with patients with gender dysphoria, as well as an insistence that those providers refer to him by his preferred pronouns.

Sponsor says his resolution would not prevent transgender students from making individual requests regarding preferred pronouns. 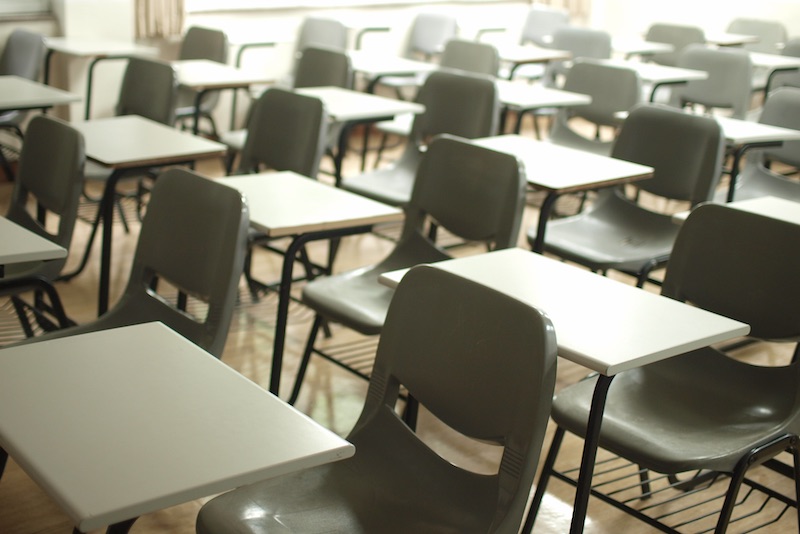 The Stafford County Board of Supervisors passed a resolution on Tuesday condemning the inclusion of so-called "critical race theory" in classroom instruction and discouraging teachers from requiring students to select their preferred pronouns.

The board, with one member absent, voted unanimously to pass the resolution, which enables supervisors to withhold any county funding from schools found to be in violation of the county's resolution.

For instance, the board of supervisors could choose to withhold money in cases where a teacher proactively asks students about their gender pronouns, even if that teacher's intent was to make transgender or nonbinary students feel comfortable.