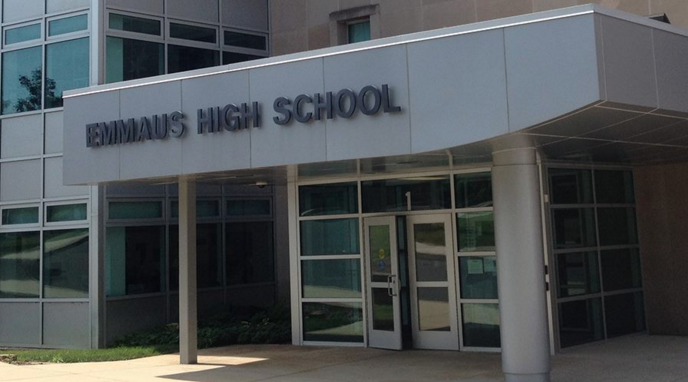 A Pennsylvania school district is under fire after parents objected to a local high school airing a series of videos on LGBTQ bullying during the school’s morning announcements in April.

Parents, religious leaders, and socially conservative activists objected to the airing of the videos, saying that school administrators at Emmaus High School should have allowed parents to vet the videos and determine what their children were allowed to see, reports The Morning Call. According to students who viewed them, the anti-bullying videos — which were aired as part of a project by students from the school’s Gay Straight Alliance — attempted to promote tolerance and encourage cisgender students not to mistreat or harass their LGBTQ peers.

Up for debate is whether the videos can be considered “educational material,” which would be subject to parental review, or student work, which is not, because students’ free speech rights are protected by the First Amendment. Pennsylvania law requires schools to adopt policies that ensure parents and guardians can pull their children from classes or lessons that conflict with their religious beliefs.

“I believe anything that is shown publicly should be subject to parental notification,” the Rev. Andrew Damick, a pastor at St. Paul’s Orthodox Church in Emmaus, said at a meeting of the East Penn School Board earlier this week. “We should control what our children are being shown as part of the curriculum and in school.”

Some district parents had complained at past school board meetings that former East Penn Superintendent Michael Schilder had declined to share links or copies of the videos when they requested them, but did share titles and descriptions of the videos, reports WFMZ.com.

Schilder had argued the videos were part of a student project, and not part of the official curriculum, and therefore, did not require parental approval in order to be aired. That decision was criticized by conservative groups, including the American Family Association and Liberty Counsel, which have accused the district of violating the law by subverting parental rights.

Michelle Blagbrough claimed that the videos were “normalizing and promoting alternative lifestyles” and were selected from YouTube and other Internet sources, not produced by the Gay Straight Alliance members themselves. As such, they should have been vetted by parents prior to being shown.

“[It’s] clear that this was planned and executed with teacher involvement,” she said. “We expect honest and open communication [from the school district].”

But Aidan Levinson, a student who vetted the videos, said that they were played during student-produced morning announcements and were not part of official class instruction. He also added that parents who remain upset over the videos could always go on the Internet and look up them up. Because the school district had provided the title, a simple search would allow the complaining adults to view the videos for themselves to see if the content was objectionable.

William Bassett, a rising senior at Emmaus High School, said that complaints about the videos were being “blown out of proportion” and were intended to spread awareness about anti-LGBTQ bullying.

“Showing videos of gay and lesbian couples getting married isn’t bullying,” Bassett said. “I agree that pushing the homosexual agenda shouldn’t be allowed. These videos didn’t promote that.”

John Riley is the local news reporter for Metro Weekly. He can be reached at jriley@metroweekly.com
← Previous Story More than 30 members of Congress demand information on TSA treatment of transgender travelers
Next Story → Ohio judge denies transgender teen the right to change name