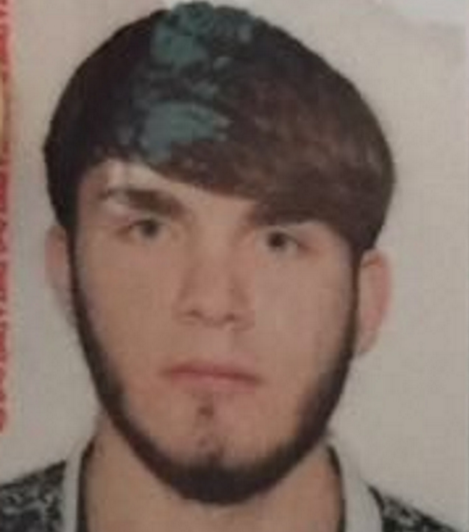 A 20-year-old survivor of the ongoing anti-gay purge in Chechnya has been rescued after being kidnapped by a small mob of individuals, including his own father, reports the Russian LGBT Network.

Zelimkhan Akhmadov was reportedly detained multiple times while he was living in Chechnya. He said he was tortured while in custody and forced to “out” other LGBTQ individuals.

The Russian LGBT Network claims that his family was encouraged to murder him as an “honor killing” for bringing shame and disgrace to his family because of his sexual orientation.

Akhmadov escaped, and was placed in a safe house in St. Petersburg with the help of the Russian LGBT Network. However, on Friday, he was taking out the trash when he was seized by a mob of five people — including his father — and forced into a car. The car had apparently been following him for two days prior to his kidnapping.

Witnesses say they heard him screaming for help, and he managed to send a short text message to the Russian LGBT Network with the words “help me,” reports Attitude Magazine.

A friend filed an abduction claim with St. Petersburg police, who began investigating. The security personnel of the residential house reported the license plate number of the car, and police were able to find the young man, who was being held captive by his father.

Both Akhmadovs were taken to the police station, where the elder Akhmadov threatened his son, saying he was the shame of the whole family, and that the whole clan has received death threats because they have a gay family member.

The elder Akhmadov also asked his son to make a video saying he was not homosexual and had never experienced any persecution in Chechnya. But Zelimkhan Akhmadov refused to agree to his demands.

According to Attitude Magazine, police later arrested the others involved in the abduction. Typically, the penalty for kidnapping is five to 12 years in prison. Zelimkhan Akhmadov is currently being provided with protection as the case moves forward.

“This attempt of abduction disprove[s] the official position of the Russian authorities, which repeatedly state that there are ‘no gay people in Chechnya,'” the Russian LGBT Network said in a blog post. “Members of the LGBT community try to flee Chechnya because of the mass campaign against LGBT organized by the local authorities, but it is not enough. Chechen individuals suspected in homosexuality are persecuted outside of the Republic too. The Russian LGBT Network registered five cases of such abductions, as a result of which 5 people were taken back to Chechnya by force. It means that the Russian authorities cannot or do not want to protect the Russian citizens not only in Chechnya, but also outside of Chechnya.”

Marc Behrendt, the director of Europe and Eurasia programs at the human rights organization Freedom House, said that the younger Akhmadov’s experience is not uncommon.

“The persecution of the Chechen LGBT community is tragically far from over. Like many others, Zelimkhan fled Chechnya after being repeatedly detained and beaten by local authorities because of his perceived sexual orientation,” Behrendt said in a statement.

“Given the lack of a credible investigation by the Russian authorities, Freedom House echoes the Parliamentary Assembly of the Council of Europe (PACE) resolution of June 27, urging the international community to press for an independent investigation into these atrocities committed by the Chechen authorities.”

See also: HRC’s Chad Griffin to President Trump: Speak out against anti-gay crimes in Chechnya when meeting with Putin