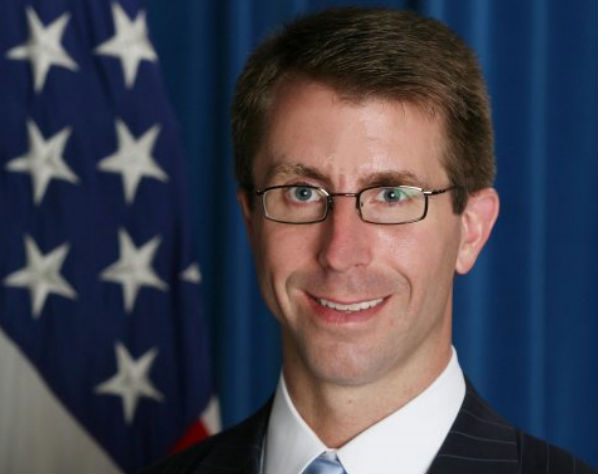 On Thursday afternoon, the White House withdrew its nomination of Ryan Bounds for a seat on the 9th U.S. Circuit Court of Appeals after GOP senators expressed concerns over past anti-gay and racially insensitive comments he made as the opinions editor of the Stanford University Review.

The withdrawal of the nomination provides a small — and increasingly rare — victory for more than 30 LGBTQ and civil rights groups who had objected to Bounds’ nomination because of the hostile views towards LGBTQ people and minorities expressed in those writings.

In May, the coalition wrote a letter to Senate Judiciary Chairman Chuck Grassley (R-Iowa) and Ranking Member Dianne Feinstein (D-Calif.) asking them to reject Bounds’ nomination.

Nonetheless, in June, Republicans on the Senate Judiciary Committee voted on a party-line basis to move Bounds’ nomination to the floor of the Senate for a final confirmation vote.

But unlike past judicial nominees, who have been easily confirmed, Bounds’ nomination languished as a handful of GOP senators expressed concerns about the views expressed in those inflammatory articles.

According to The Washington Post, it was Sen. Tim Scott (R-S.C.), one of only three African-American senators in the upper chamber, who continued to object to the nomination. Sen. Marco Rubio (R-Fla.), one of only four Hispanic senators, also said he would have voted against Bounds’ nomination.

Among the comments made by Bounds in his Stanford University Review opinion pieces included claims that racial minorities were “overly sensitive” about stereotypes, and screeds denouncing multiculturalism, which he argued was more harmful than good. He also bemoaned what he felt were attacks against white males, rejecting the idea that there was any systematic racism whatsoever.

Following the vandalism of a gay pride statute by athletes, Bounds expressed concern about the athletes’ rights, and criticized the university’s decision to provide financial support for the on-campus LGBT center as a result of the incident.

At his confirmation hearings, Bounds attempted to apologize for the writings, focusing mainly on his rhetoric, rather than the content of his views, but that apology seemed not to carry weight with Democrats or more liberal-leaning Republicans.

The withdrawal of Bounds’ nomination also sheds a light on the Republican-led Senate’s recent push to confirm as many conservative justices as possible, even if some nominees’ past comments or conflicts of interest raise red flags. Notably, with Bounds’ nomination, the Senate Judiciary Committee ignored past tradition and refused to honor the “blue-slip process,” under which a nominee’s home state senators have a say over whether a nomination moves forward. Typically, such a refusal to return a “blue-slip” would have denied a nominee a hearing, much less a full floor vote.

Both of Bounds’ home state senators, Oregon Democrats Jeff Merkley and Ron Wyden, expressed hope that the failure of Bounds’ nomination would emphasize the importance of seeking advice and consent from those senators who are most familiar with a judicial nominee’s record.

“My take is this will affect other judicial nominations going forward,” Wyden told the Post.

“Throughout the Trump administration, Senate Majority Leader Mitch McConnell and Senate Judiciary Committee Chairman Chuck Grassley have discarded longstanding Senate procedures and abandoned even the pretense of conducting any meaningful review in order to confirm Trump’s dangerous judicial nominees at a breakneck pace,” Sharon McGowan, the legal director and chief strategy officer of Lambda Legal, said in a statement.

“The withdrawal of Ryan Bounds should be proof that more scrutiny, more transparency, and more time must be given to review every single one of Trump’s judicial nominees, especially Supreme Court nominee Brett Kavanaugh.

“The fact that someone like Ryan Bounds got as close as he did to a lifetime appointment on the federal bench shows just how broken the Senate has become under Mitch McConnell’s leadership,” McGowan added. “Whether it’s Ryan Bounds or Brett Kavanaugh, Trump is trying to pack the courts with people who will be loyal to him and his dangerous agenda, at the expense of LGBT people and the country as a whole. The damage Trump is inflicting on our courts and to our democracy cannot be overstated.”

The Leadership Conference on Civil and Human Rights implied in a statement that the failure of Bounds’ nomination raises the importance of fully vetting any judicial nominee and not just voting to confirm nominees on a party-line basis.

“Today we saw some Republican senators exercise independence and refuse to be a rubber stamp. Judicial nominees must disclose all of their records. Ryan Bounds did not disclose his articles, which his local bar association described as ‘racist, misogynistic, homophobic and disparaging of survivors of sexual assault and abuse,'” Vanita Gupta, the president and CEO of the Leadership Conference, said. “His home-state senators rightly opposed his confirmation, but that did not stop Chairman Grassley and Majority Leader McConnell from advancing this extreme nominee. Those two men want the Republican-led Senate to pack the courts with loyalists to this dangerous president.

“Placing country over party is long overdue given that these are lifetime positions that directly affect our rights and freedoms,” Gupta added. “All senators must give the same independent consideration to other judicial nominees who are unfit to serve impartially. Before the Senate considers the nomination of Brett Kavanaugh to the Supreme Court, all of his records must be made available so that he can be fully vetted by each United States Senator.”