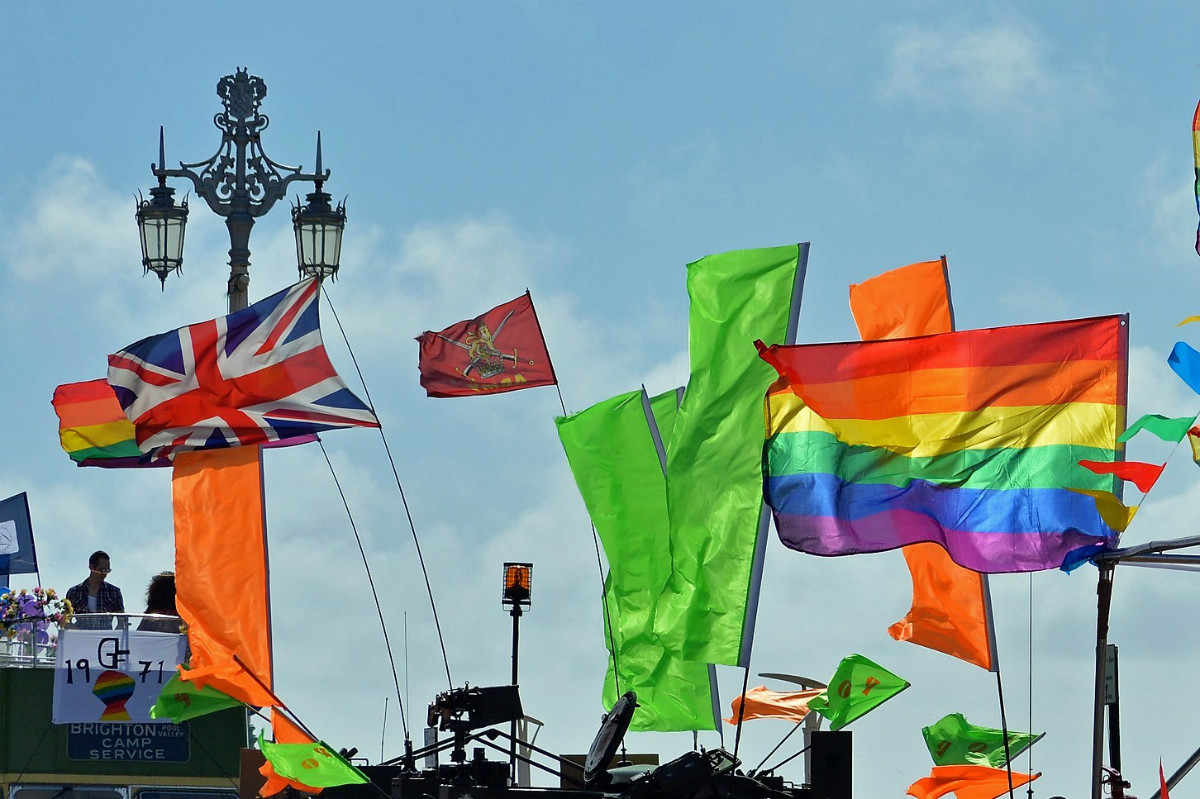 A British man has been arrested after threatening to stab people on a train leaving a Pride event in the city of Brighton.

Journalist Benjamin Butterworth, who captured footage of the incident, said the man shouted that gay people “need to all be killed,” called other passengers “faggots,” and asked them “why are you so gay?”

“On train back from @PrideBrighton, a man threatened to pull a knife on me and others and stab us for being gay,” Butterworth wrote on Twitter. “He called us paedophiles and dirty and shouted gay people need to all be killed. The video is a fraction of what he said, as was too scared & shaken to film.”

On train back from @PrideBrighton, a man threatened to pull a knife on me and others and stab us for being gay. He called us peadophiles and dirty and shouted gay people need to all be killed. The video is a fraction of what he said, as was too scared & shaken to film. pic.twitter.com/j60xfcPua4

Butterworth told the Independent that the man joined the 4 a.m. train between Brighton and London, and woke sleeping passengers up by “shouting down the carriage ‘you’re poofs, you’re faggots, you’re all disgusting, you’re perverts, you’re paedophiles.’

“This was based on people wearing glitter and rainbow facepaint and he’s obviously made an assumption — an accurate assumption — that it was gay people,” Butterworth added.

In the video, he can be heard asking “Why are you so angry ’cause I’m calling you a faggot?” Passengers responded by shouting “you’re an embarrassment,” and telling him to “suck shit and die.”

The man, who hasn’t been named by British Transport Police, apparently then said he had a knife, and “that he would stab every gay person on the train,” according to Butterworth. This lasted for approximately half an hour before police boarded the train and arrested him.

“We are aware of a video on social media which appears to show a man making homophobic comments towards passengers on a train,” British Transport Police said in a statement. “We were called at 5.53am on Sunday, 5 August, following reports of homophobic abuse towards passengers on a train bound for London Victoria station. Officers met the train and a 28-year-old man was arrested for a public order offence. He has been released under investigation. Officers are viewing the footage and making enquiries to establish the full circumstances of the incident.”

Butterworth said he was “completely terrified” while the man remained on the train, and said it was “exhausting to be with someone like that for so long.”

He also said that the incident highlighted that homophobia can strike anywhere, even when traveling between “the two gayest places in the country.”

He added: “The idea that you can face violent homophobia here shows not only that it still exists, but that it’s absolutely everywhere.”

Rhuaridh Marr is Metro Weekly's managing editor. He can be reached at rmarr@metroweekly.com.
← Previous Story Someone sprayed a swastika on Toronto’s rainbow crosswalk
Next Story → Teenager found guilty of violating Russia’s law against “gay propaganda”