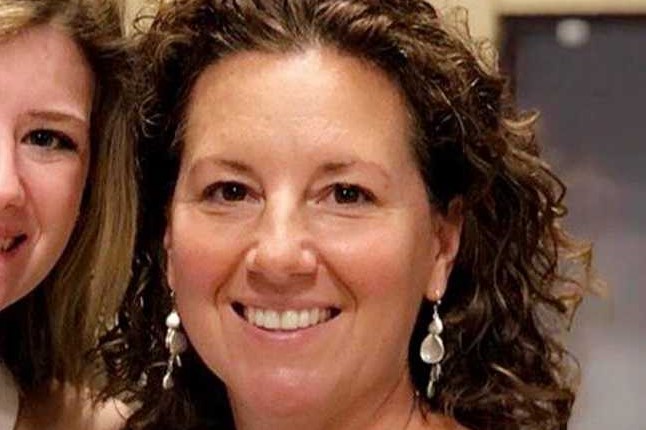 An Indianapolis Catholic school is consider firing its guidance counselor after learning that she is married to another woman.

Shelly Fitzgerald, who has worked for the school for 15 years, is currently on paid leave after Roncalli High School officials learned she has been married since 2014, the Indianapolis Star reports.

The school reportedly told Fitzgerald to divorce her wife, resign, or face being dismissed.

In a statement, the school said that employees are “expected to be role models and are expressly charged with leading students toward Christian maturity and with teaching the Word of God.”

It continued: “As role models for students, the personal conduct of every teacher, guidance counselor and administrator and staff member, both at school and away from school, must convey and be supportive of the teachings of the Catholic Church.”

That includes the definition of marriage as “between a man and a woman.”

School officials said that employees are made aware of its requirements when signing their annual contracts, and that “when the expectations of a contract are not being met, the employee and the school will attempt to reach a resolution so that the contractual requirements are fulfilled.”

In Fitzgerald’s case, that meant divorce or resigning from her position, neither of which she was willing to do.

Students, parents and advocacy groups have come to Fitzgerald’s defense after she posted a message on social media explaining what had happened.

“You may hear some things coming up soon and I wanted to let you know the truth and what’s going on,” she wrote. “For those of you who I haven’t shared everything with in the past, I’m sorry. For the past 15 years I’ve been at Roncalli, I have had to hide my 22 year relationship with someone who I love very much and adore sharing parenthood with. But I’ve had to stay hidden and quiet from my friends or risk losing my job. Well today it’s all coming to and end. Someone sought out my marriage certificate from Hancock county and turned it into [the school].”

She added: “I let [the school] know I have no intention of divorcing, no intention of quitting, and no intention of not telling anyone why I have to leave the job I’ve loved so much. I ask that you pray for my family, for change in the world, and know I have absolutely loved my job for the past 15 years. The thing I have always loved most about Roncalli is the students speaking up and doing the right thing.”

Speaking to the Indianapolis Star, Junior Madison Aldrich said that it wasn’t the school’s fault, but “the Archdiocese.”

“Unfortunately, Roncalli is taking the blame for it,” Aldrich said. “And the name is being trashed and slandered. And that’s not what we want. Roncalli is a special place, and Fitzgerald is a special woman.”

Aldrich’s father, Shawn Aldrich, added that the school was “a special place.”

“What makes it so special is the people,” he said. “They don’t do it for a huge paycheck. Shelly Fitzgerald was instrumental in changing so many lives.”

A Facebook page supporting Fitzgerald has over 3,000 members as of press time, and ABC affiliate RTV6 reports that alumni are protesting the school’s actions by placing their school t-shirts in front of Roncalli High in a show of support for Fitzgerald.

However, should Fitzgerald be dismissed, Roncalli and the Archdiocese could be within their legal right to do so, as the school is a religious institution and thus potentially exempt from any anti-discrimination statute — though one legal expert told Indianapolis Star that it would depend on the extent of Fitzgerald’s duties.