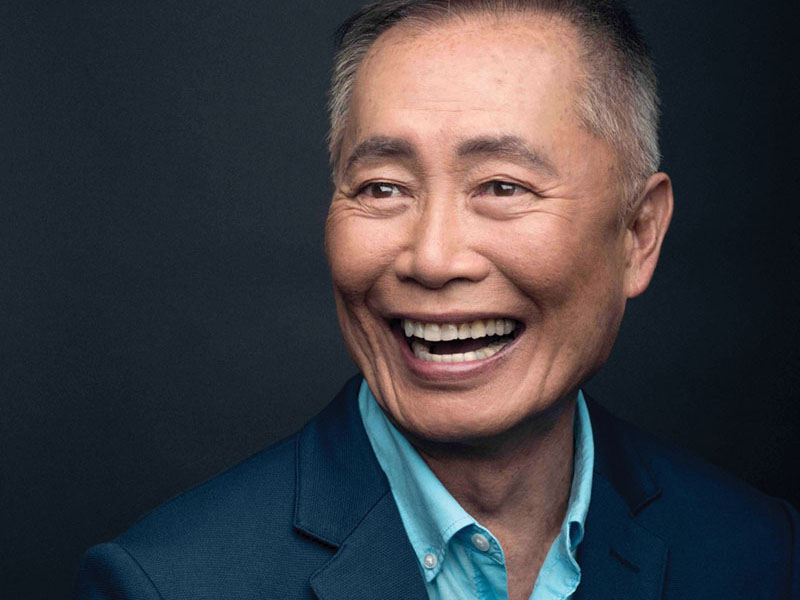 Donald Trump once told George Takei that he wouldn’t support same-sex weddings in his New York properties because he believes in “traditional marriage” between “a man and a woman.”

Takei made the revelation during an interview with Yahoo, telling the site that he and Trump had a one-on-one lunch while promoting Celebrity Apprentice, which Takei appeared on in 2012.

“Donald Trump had made a statement about his being opposed to marriage equality,” Takei said. “We had a press conference to promote the show…[and at] the end of the press conference, I said, ‘Mr Trump, I’d like to invite you to have lunch with me,’ fully expecting him to demur and say ‘I’m too busy’. He surprised me and said, ‘let’s have this discussion.’”

At lunch, Takei said that he tried to convince Trump that supporting same-sex marriage wasn’t just the right thing to do, but could be beneficial to his business interests.

“I said, ‘Mr Trump, you’re a businessman – you have hotels and restaurants,” Takei recalled. “People would love to come to New York, get married there, stay in your hotels, eat in your restaurants, maybe even have their ceremony in one of your banquet rooms. It would be a great economic benefit to you.’ He said, ‘Yeah, that’s true, but I believe in traditional marriage.’”

Takei noted that Trump was on his “third marriage, and all through those marriages he was famously unfaithful,” but that he tried to find some common ground.

Trump, who according to the New Yorker had an elaborate system for hiding his infidelity, disagreed with Takei’s assessment of traditional marriage, responding, “No, no, no, it’s a man and a woman.”

Takei says they “agreed to disagree about what traditional marriage means.”

Trump has long been a public opponent of same-sex marriage, even suggesting that he would appoint justices that could one day roll back marriage equality — though he campaigned for president as a purported “friend” of the LGBTQ community.

That quickly changed once in office, where he aligned with far-right conservatives and worked with his administration to try and ban transgender people from serving in the military, roll back protections for LGBTQ people, and pushed for religious-based discrimination against the LGBTQ community.

Takei has become a vocal critic of Trump since he took office, frequently lambasting him on social media and in public statements.

In a recent interview with Metro Weekly, Takei compared Trump’s anti-immigrant rhetoric with that used in the 1940s to justify the internment of Japanese-Americans in concentration camps.

“[Trump’s] constant repetition of words like drug dealers, murderers, rapists, is the same broad brush that painted us in the ’40s as inscrutable and treacherous and untrustworthy,” Takei said. “That was absolutely untrue. There was no case of treachery or spying or sabotage or suspicious activities by Japanese-Americans, in retrospect. But that was the broad brush that painted us then and the same broad brush is being painted by this fake president characterizing the people coming here as rapists, drug dealers and murderers.”