The documentary McQueen captures the illustrious designer's career as a symphony of genius, exultation, and depression

Those who take their own lives are remembered for the deed, and, despite any other accomplishments, for leaving behind a practically unsolvable mystery. Lee Alexander McQueen, who committed suicide eight years ago at the age of 40, should and will be remembered for his visionary designs, and fashion that was daring yet elegant, slightly morbid, and utterly compelling.

His vision inspires the documentary McQueen (★★★★), a film that conveys all those aforementioned qualities, while showing how the troubled genius translated emotion into garments. If clothes can produce a feeling, then McQueen’s produced them in abundance. In his own words, the always cheeky Londoner intended to see people either repulsed or exhilarated by his creations. His work often was met with a combination of the two.

A robust character on-screen, McQueen deconstructs his art in his own words throughout the film. Directors Ian Bonhôte and Peter Ettedgui weave their story around a judicious quantity of interviews and archival video of the designer at every point of his illustrious career, from struggle to success. From a youngster talking about buying fabrics with his unemployment money, to a millionaire mogul stressing over producing up to 14 collections in a year, McQueen mostly narrates his rise himself.

The footage also freely expresses his various moods, revealing a spectrum of brilliant joy and color around devotees like fashionista Isabella Blow, or grim anger and darkness around perceived threats like Isabella Blow.

On-camera interviews with McQueen’s family and former colleagues, ex-boyfriends, and Blow’s widower, Detmar, a character unto himself, emphasize that Lee, as he was known, could be a handful. McQueen was open about being a perfectionist prick when he deemed it necessary, as well as in discussing his partying, sex life, drug abuse, and taking a dive into kink and fetish. A mercurial artist, he readily admitted to his many demons, and to exorcising them by creating attire that expressed his dark visions and “vulgar” humor.

His gothic obsession with blood, bones, and viscera played out among the refined beauty of more than one collection, many of which are featured here in lush cuts of McQueen’s clothes on the catwalk. The fashion shows, including his Parisian haute couture collections as creative director at Givenchy, portray who he was and what he was about better than talking-head interviews ever could.

For many, the runway shows might prove to be the film’s main attraction. The screen lights up with footage of McQueen’s thrilling MA degree show at the ’92 London Fashion Week, or of supermodel Shalom Harlow rotating on a pedestal as her McQueen dress is painted by robots for McQueen #13.

The film dices the designer’s too-brief life into five sections, each focused on a period that’s highlighted by one or two pivotal collections. McQueen persuasively connects those collections of clothes to the elements of art, music, literature, and history that informed the designs. In particular, McQueen derived energy and fluidity from working along to the sweeping music of award-winning composer Michael Nyman (The Piano), and that energy is transmitted powerfully by the use of Nyman’s music to score the documentary.

McQueen talks about how he also derived inspiration from his depression and insecurities, from growing up gay, a sweet boy from the East End, one of six children of a schoolteacher and a taxi driver. He and his sister Janet both discuss how, as a boy, Lee was physically abused by Janet’s husband, who also abused her. The designer gave shape to some of that personal trauma, along with his Scottish heritage and history, in his ’95 fall collection, the Highland Rape.

A tartan-tinged outrage of bare chests and torn frocks, the Highland Rape collection showed in London’s Natural History Museum to a hail of appalled headlines, and it receives just enough camera time here. More importantly, the filmmakers back up the spectacle with well-chosen words and images to put the clothes and the reaction all into context.

Whatever past or present obsessions, or underlying pain, fueled that collection and every other one, the mystery of McQueen is somewhat illuminated by a film that allows him to speak so articulately for himself. Yet, he and his clothes retain a valuable air of mystery that only deepened with his death.

As shown by the film, his suicide was a loss not just to his family and friends, but to fashion. In the wake of his sudden death, McQueen’s contributions to the artform were celebrated with the landmark 2011 exhibit Alexander McQueen: Savage Beauty at the Metropolitan Museum of Art. If this documentary suffers any significant lack, it’s in the absence here of any images from Savage Beauty, which was a stunning display of artistry and glamour that added to the designer’s legacy, much as this film might do for new audiences.

McQueen is rated R, and opens on Friday, Aug. 3 at Landmark’s E Street Cinema in D.C. and at the Angelika Film Center Mosaic in Virginia. Visit landmarktheatres.com or angelikafilmcenter.com. 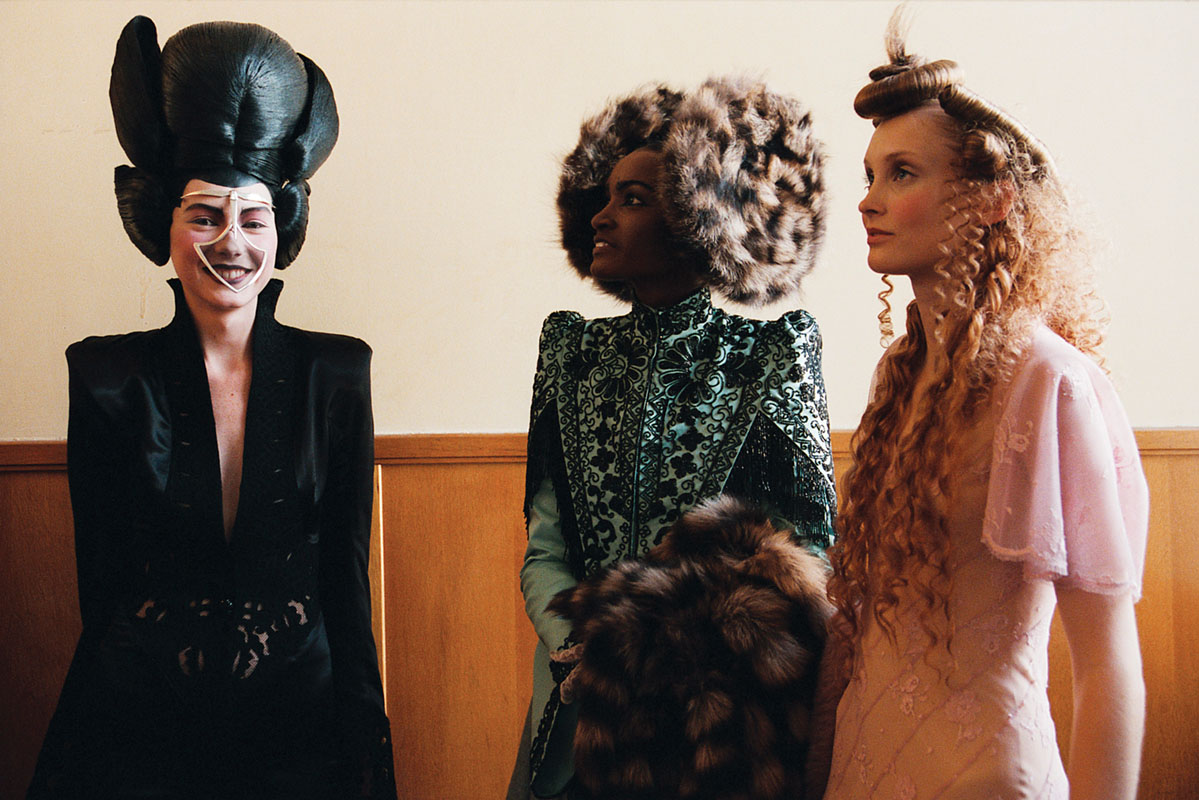 André Hereford covers arts and entertainment for Metro Weekly. He can be reached at ahereford@metroweekly.com. Follow him on Twitter at @here4andre.
← Previous Story Film Review: The Spy Who Dumped Me
Next Story → Chloë Grace Moretz criticizes conversion therapy film ‘Boy Erased’ for being told “through a straight male gaze”