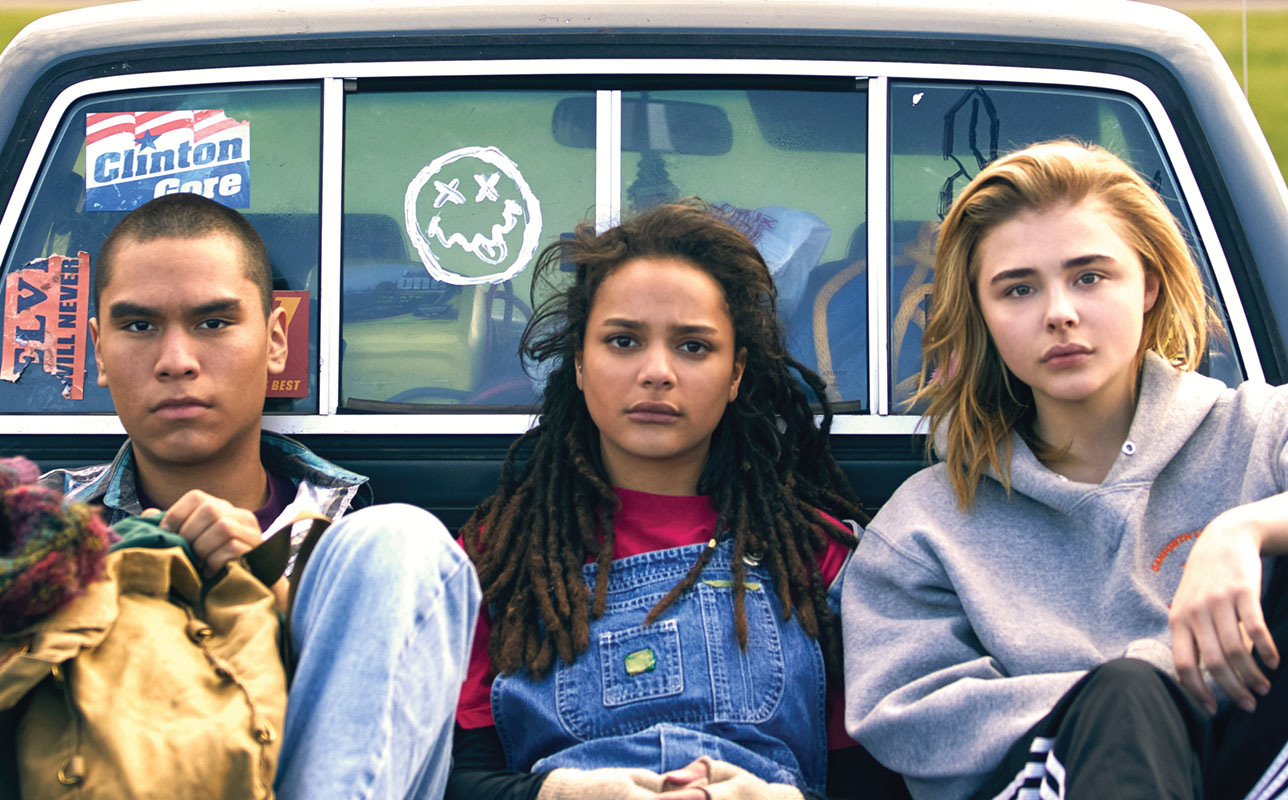 In the great canon of LGBTQ films, it’s somewhat surprising that more celluloid — both real and digital — hasn’t been committed to exploring conversion therapy. Maurice put its titular character through hypnosis to cure his homosexuality, Latter Days subjected its Mormon protagonist to torture in a bid to expel his gay demons, and But I’m a Cheerleader sent its lesbian high schooler to a camp designed to stop kids having those pesky same-sex attractions. But in the grand scheme of things, few films have truly delved deep into an industry entirely constructed around the idea that being gay, transgender, or anything else on the LGBTQ spectrum is not “normal.”

It’s particularly surprising given our current political dichotomy: our uber-religious Vice President reportedly supports conversion therapy, yet more and more states are moving to protect LGBTQ youth by banning the practice. Enter, then, Desiree Akhavan’s The Miseducation of Cameron Post (★★★★), which throws itself headfirst into the world of religious-fuelled conversion camps, here set in the woodsy enclave of God’s Promise treatment center.

Based on Emily M. Danforth’s novel, Miseducation wastes no time in establishing its narrative — Cameron, our miseducated protagonist, is caught making out with her friend Coley in the backseat of her boyfriend’s car at her 1993 high school homecoming dance, and is promptly sent to God’s Promise by her religious aunt. As Cameron, Chloë Grace Moretz is the quiet heart of Akhavan’s film, playing her with a mix of both youthful brooding and wide-eyed amazement and horror at the realities of her new surroundings. Moretz is wholly convincing as a teen coming to terms with her sexuality, and yet suddenly being told that what feels natural to her is against God’s plan. It’s a commanding lead performance, as Cameron transitions from defiant to almost compliant, and back again. It’s a believable journey, one that feels like it has been trodden by countless conversion therapy survivors before her.

While the realities of life at God’s Promise become quickly apparent, don’t expect to see teens shoved into ice baths or given electroshock therapy — there’s no sensationalism here beyond a jarring third act shift. Instead, the leaders of God’s Promise move in much more insidious ways. Leading this is Jennifer Ehle as Dr. Lydia March, who, we’re told, perfected her conversion techniques on her own brother Rick (John Gallagher, Jr.), who she saved from his homosexuality. 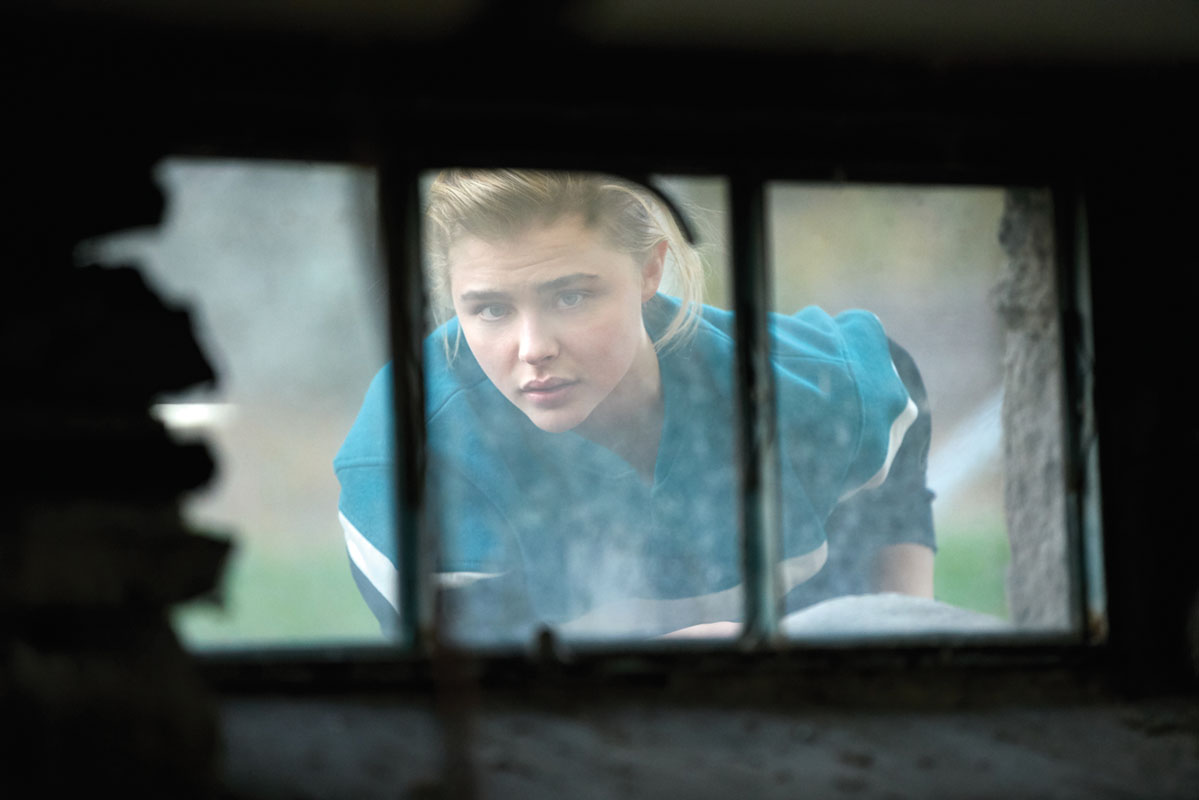 On their first meeting, Lydia is eager to tell Cameron that she should consider the leaders and disciples her family. It’s warm, friendly, and — not surprisingly — false, as Lydia quickly changes to deeply insidious. Cameron offers that Lydia call her “Cam,” to which Lydia snaps back that her masculine name is bad enough, and shortening it will only further Cameron’s “gender confusion.” Ehle’s performance is what drives the believability of Lydia as someone so certain of both her faith and her methods that, despite accurately being described by one of the other campers as a Disney villain, she also feels ripped straight out of a real conversion camp. Whether leading group sessions, admonishing Cameron, or standing on a boy’s back until he regains control of his emotions, Ehle is one of the film’s standouts in a cast of relatively unknown names, and her scenes with Moretz are among the film’s strongest.

That’s not to say that the rest of the group are lacking — far from it. Shot on a tiny budget, Akhavan has gathered an impeccable array of actors to portray the dozen or so people at God’s Promise. Gallagher’s turn as Reverend Rick sizzles with the undercurrent of suppression — unsurprisingly, his straight identity is not all that it seems. Emily Skeggs delivers a strong supporting role as Erin, Cameron’s do-gooder roommate desperately trying get over her attraction to women. And Sasha Lane and Forrest Goodluck shine as Jane Fonda and Adam Red Eagle, Cameron’s friends at God’s Promise. Whether dispensing advice on how to survive, allowing her to smoke their homegrown “ditch weed,” or reflecting the listlessness and anger of the youths locked up in such camps, their chemistry with Moretz anchors the core of the film.

Akhavan, a triple threat who wrote, directed and starred in her delightful first film Appropriate Behavior, maintains a strong grasp of things behind the camera. Whether wider group shots or tight close-ups of an emotional Moretz, she keeps Miseducation moving through its 90-minute runtime. If there’s any fault to be found, it’s in her script, co-written with Cecilia Frugiuele. While witty and well-paced, Miseducation is also a light film — almost surprisingly so, given its subject matter. It skims along the surface of conversion therapy and the emotional abuse the youths endure. Its tone can also be jarring, amusing one minute, emotionally revealing the next — the aforementioned shift in the film’s third act comes out of nowhere, and lacks the necessary room to breathe before everything is neatly wrapped up for the conclusion.

Still, that doesn’t detract from the fact that Miseducation is not only a timely film, and a necessary one, but also a good film. From its subject matter to its goofy ’90s references to its strong performances from every member of the cast, Akhavan has created not only a conversation starter for those unaware of places like God’s Promise, but also a notable entry in an LGBTQ canon crying out for more films like it.

The Miseducation of Cameron Post is playing at Landmark’s E Street and Bethesda Row cinemas. For tickets visit landmarktheatres.com.