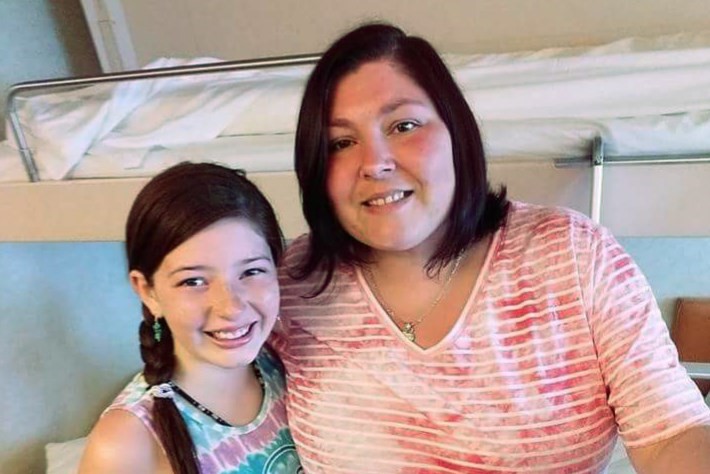 A transgender student who was threatened with mutilation and even death after she used the girls’ restroom at her school will now be able to leave her town, after strangers raised thousands of dollars for her online.

Twelve-year-old Maddie, whose last name is being withheld for her own safety, became the target of conservative parents and online strangers after she used the girls’ restroom at her Achille, Oklahoma, school instead of her assigned toilet.

The school was forced to close temporarily after adults branded her “thing,” suggested they would urge their children to assault her at school, and threatened to mutilate — one adult said they would “make him a female. A good sharp knife will do the job really quick.”

Alarm bells were further raised after someone commented saying that it was “open hunting season” on “them kind.”

In the wake of the threats to her life, a GoFundMe page was started to relocate the family closer to their relatives in Houston, Texas. According to the page, the family originally moved to Achille after Maddie was bullied in their former home of Sherman, Tex.

“We have family in Houston that have been wanting us to move to them for years, but it has just never been a financial possibility,” Brandy Rose, Maddie’s mother, said on the GoFundMe page. “We actually tried a few years ago, but it all just fell apart, and was a mess. If we had the financial means to actually move, and get set up there, close to our family, and in a city that has so many more resources for Maddie, it would literally be life changing!”

As of press time, more than $46,000 has been raised to help Maddie’s family move.

According to PinkNews, the single largest donation — $10,000 — came from Nick Shanny, which the site speculated could be one of the co-founders of TripAdvisor, who shares that name.

“I never imagined that we’d get the donations that we’ve gotten, because I mean it’s strangers,” Rose told NBC News. “I didn’t expect strangers to do that. But, it’s been amazing.”

She said the family hoped to “get our ducks in a row so we can move to Houston as soon as possible. We just want to do it the right way, so it’s not something that’s going to happen overnight, but that is our plan — to just get out of this little town.”

GoFundMe was recently in the news after a gay student who was thrown out of his home by his Christian parents raised over $140,000 to fund his tuition for Georgetown University.

Seth Owen, who was given free tuition by Georgetown after his story went viral, plans to use the money raised to start a scholarship for other abandoned LGBTQ youth who wish to go to college.

Rhuaridh Marr is Metro Weekly's online editor. He can be reached at rmarr@metroweekly.com.
← Previous Story Bianca Del Rio criticized after joking about Blair St Clair’s rape at Montreal Pride
Next Story → Glenn Close: Directors should “go out of their way” to cast transgender actors