Home / Features / OutWrite / OutWrite 2018: You Are the Bad Smell by Kathy Anderson

OutWrite 2018: You Are the Bad Smell by Kathy Anderson

An excerpt from "Bull and Other Stories" 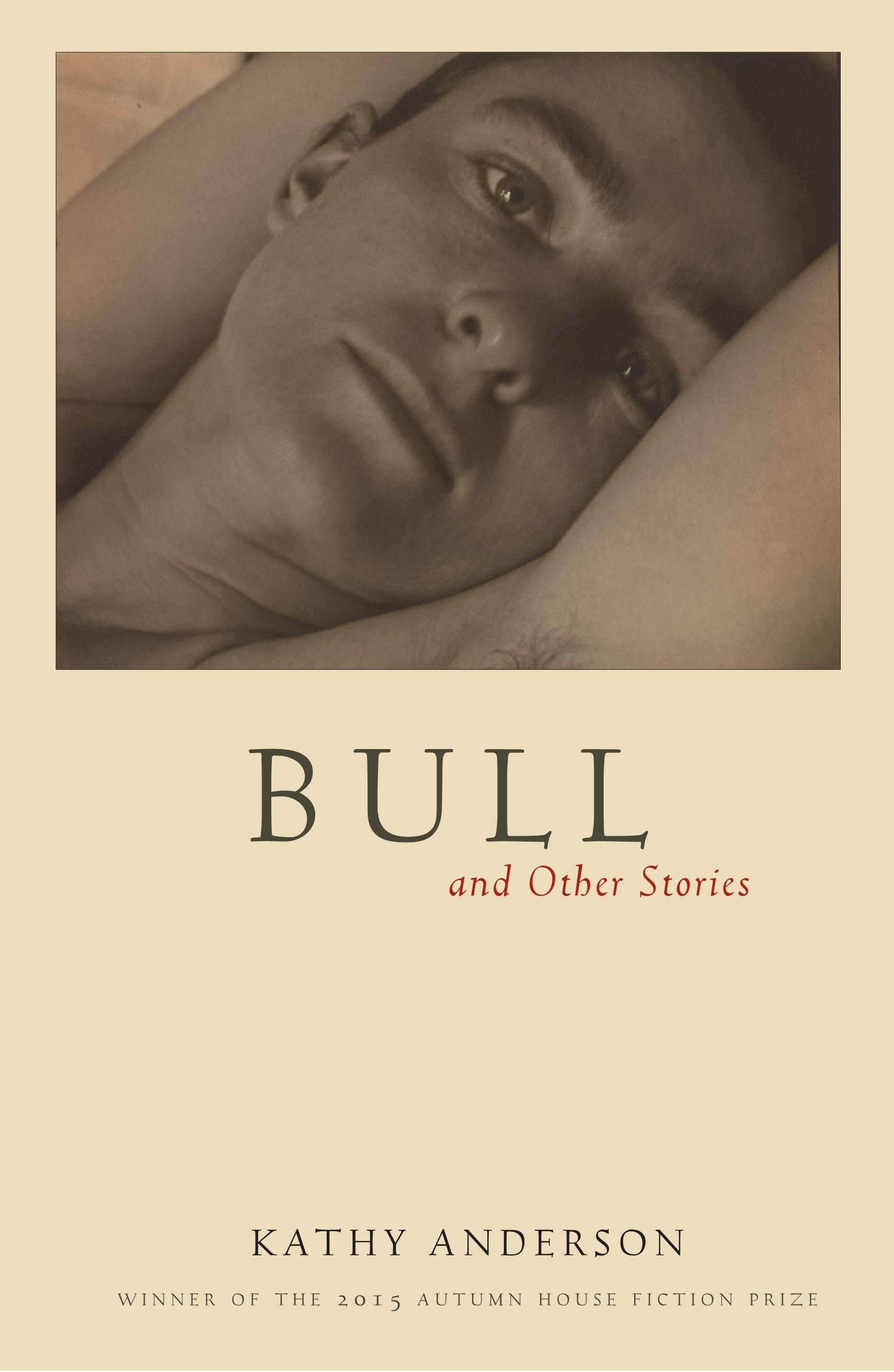 “This isn’t the one,” she said, laying her hand on my arm. As if she was really sorry.

“No. You’re just upset. You thought this was the one.”

“It’s only one house. Maybe the next one.”

“But we’ve come so far. You can’t stop now. Absolutely not.”

I thought if I banged her head against the concrete steps, her skull would not break. That’s how hard she was. No one could win against her. Certainly not me. Certainly not her partner, who stood quietly in the corner, eyes cast upward.

She laughed. “We’ll take a few days off.”

I just won’t return her calls, I thought. “Great idea,” I said.

To her partner, I whispered, “I’m so sorry for you.”

I could see that made the partner mad. But she was the long-suffering type, even with me.

“Not at all,” her partner said. She held her head up high.

They were so beautiful, these two. Concrete Skull was a tall and crispy blond, with a gorgeous, wide smile and sharp, blue miss-nothing eyes. Long Suffering was short and olive-skinned, with a full bottom lip and a way of standing that showed off her large breasts. Her eyes were as patient as an animal watching for its turn at the watering hole.

I liked lesbians, made a specialty of selling houses to lesbian couples. A lot of them broke up after four or five years and then they put their houses back on the market and bought new ones with other women. I especially liked couples like this one, with their matching black Mercedes, big bank accounts, and high-salaried corporate jobs.

I liked lesbians, but I hated these two. They were realtor cockteasers. Okay, I am a woman too and do not have a cock to tease, but you take my point. They showed you what they had, stroked you until you were so ready you could scream, then pulled back with a perfectly good reason that was totally bogus because the real reason they did not buy any of the seventy-three houses I showed them was because they were sizing each other up.

It had nothing to do with me. They were watching each other, waiting for the house that made one of them pant and scream. Then one of them would have the upper hand. The one who wanted it the most was the one who would have to grovel, for as long as they lived in that house.

I know power struggles. I can smell them in the air after twenty-three years in the business and four marriages of my own. The smell is unmistakable, like a rotting carcass by the side of a road.

“The truth is I don’t think there’s anything special enough for you two on the market these days,” I said. “I know you are busy women with highly responsible jobs and I feel just terrible wasting your time like this. Maybe in a few months, the market will improve. You deserve something spectacular.”

Concrete Skull didn’t even show the flicker of interest that a cat has watching a chipmunk run by.

Long Suffering walked out to the Mercedes and leaned against it, staring intently into her mophone. She licked her lips slowly.

Concrete Skull whispered, “The truth is, I don’t know if I should be buying a house with her. Look at her. She looks incredibly sexy, doesn’t she? But she isn’t.”

“Why are you telling me this?”

“I feel so close to you. You feel like a friend after spending all this time with me.” She beamed her big smile my way and it was like the sun coming out on my face. Okay, I am straight but I was not immune to her.

“If you’re that unsure, you should wait before you look at houses.”

“I operate on instinct. My gut tells me to keep looking. The right house will grab me. The house will say, come on in, you two. She’ll relax in this bedroom. She’ll attack me in this living room.” “That’s crazy,” I said.

“A house doesn’t fix anything. Definitely not a sex problem.”

“Who says? Maybe a house could fix something. Maybe no one lets it.” She reached out and put both her hands over my hand. “Help me.”

I thought if I insulted her, she’d go away and leave me alone. But she laughed.

“You’re a cockteaser,” I said.

“So I’ve been told. By better women than you.” Her smile stayed fixed on her face, but she let go of me.

Good, I thought. I’m finally getting to her.

“Why me?” I asked. “Why don’t you get a nice lesbian realtor? Maybe she’ll do better for you.”

“You know why I want you? Lesbian realtors think they don’t have to work hard for me. Like just because I’m gay, I’ll roll over and buy whatever they show me. Like it’s about loyalty to the team. Wrong. You’re smarter than that. It’s all about the deal.”

I liked beating out lesbian realtors. I pictured them trotting out secret weapons with her—little lesbian in-jokes, little lesbian friends in common. And still I won. I admit I melted a little, flattered.

So we went on to the seventy-fourth house. It was a spectacularly ugly McMansion, huge, poorly designed and shoddily built, overpriced, on a barren lot on a busy street of a brand new development built over a landfill. But it was new, full of glitzy features like a master bathroom big enough to hold a party in and a temperature-controlled wine cellar in the basement, features that distract your eyes from the particle board walls and the cheap thin paint.

“Honey, this is it. This is the one,” said Concrete Skull. She smiled her gorgeous beaming smile, charming as a kitten. It didn’t sound convincing even to me. This is a test. This is only a test. In the event of a real urge to buy a house, the voice is eager, excited, scared. So disregard this test. It is only a test.

“No way,” Long Suffering said. “I loathe the smell of this house. No freaking way.”

“I was kidding. I hate it too,” Concrete Skull said. “See, honey, we really are getting close. We both hate this one. So that’s a good sign.”

They both turned to me, waiting for my applause.

They both chuckled, like I was making a small, dumb joke.

I hate you both, I thought. You are the bad smell.

It was the seventy-ninth house where something changed. When we walked into the house, an elegant Colonial in the best neighborhood, fully updated and gorgeously decorated, I felt it. Somebody wanted this one, but I couldn’t tell who. I felt like a squirrel on the curb, twitching at oncoming cars and deciding when to run. I studied one and then the other. Who was it?

“It’s quite old,” Concrete Skull said finally. “It’s an old house. They are asking a lot for such an old house.”

Aha, I thought. She wants it.

“Honey, what do you think?” she asked. Her voice was a cat slinking along a high ledge.

“Oh, I don’t know,” Long Suffering said. She sounded bored but she was paying close attention, her brown eyes flickering madly. “Let’s go on to the next.”

I wanted to hit them with an ax and leave them bleeding to death on the Persian rug.

“I feel a very sexy vibe here,” I said. “This is a house where you will have swank parties. I see gorgeous women in slinky dresses holding martini glasses.”
“We met at a cocktail party just like that,” said Concrete Skull.

“You pinned me to the wall,” smirked her gal pal.

“After you practically pushed them in my mouth.”

“You wanted it worse.”

I watched them like they were a nature channel show where all the animals are frolicking happily in the wilderness and you know there’s trouble in the air, you are just waiting for the predator to pounce, for blood to be spilled. You know it will end badly and you can’t tear yourself away.

You Are the Bad Smell was first published in The Apple Valley Review: A Journal of Contemporary Literature and was nominated for a Pushcart Prize. Bull and Other Stories, published in 2016, is available on Amazon.com. For more information on Kathy Anderson, visit kathyandersonwriter.com.