By John Riley on September 26, 2018 @JohnAndresRiley 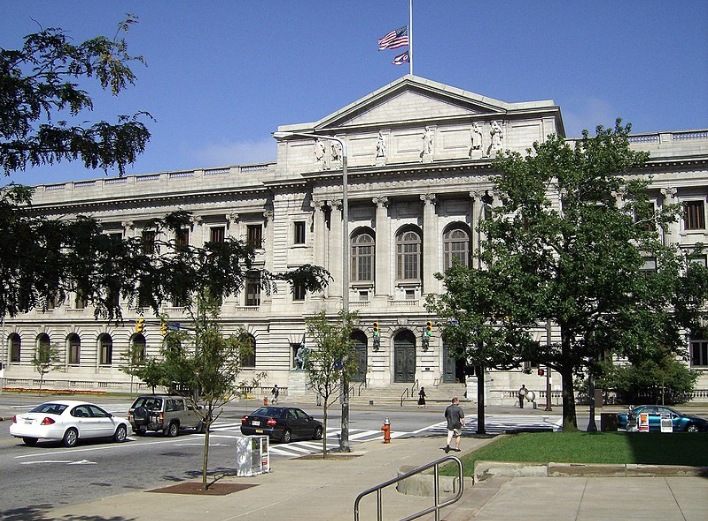 On Tuesday, the Cuyahoga County Council passed an ordinance that protects the LGBTQ community from discrimination and creates a local human rights commission that will help enforce the law.

The new ordinance prohibits discrimination against people based on a variety of protected traits — including sexual orientation and gender identity — in employment, housing, and public accommodations, including access to public bathrooms and locker rooms.

The legislation also creates the three-person Cuyahoga County Commission on Human Rights, which will be empowered to investigate complaints alleging discrimination, and could level civil penalties, award attorney’s fees, and order individuals or businesses that are found guilty of discriminating to stop doing so.

Prior to the County Council’s vote, there were 20 municipalities in Ohio with similar ordinances, including six in Cuyahoga County: Cleveland, Cleveland Heights, East Cleveland, Lakewood, Olmsted Falls, and South Euclid. State law does not provide any protections for LGBTQ people.

Social conservatives argued against the ordinance, citing religious arguments, concerns that the new businesses wouldn’t be able to adapt to requirements that they cannot discriminate, and fears about transgender bathroom use. But supporters of the ordinance argue that it is good for ensuring people are treated fairly and may even help attract pro-LGBTQ businesses and talented workers to the Northeast Ohio region.

The Human Rights Campaign and Equality Ohio both hailed the passage of the ordinance, which will also protects the county’s nearly 1.2 million residents from discrimination based on their race, religion, military status, national origin, disability, age, ancestry, familial status or sex, as well as sexual orientation and gender identity.

“Cuyahoga County leaders have taken an important step and we hope their leadership will build momentum in other communities that lack protections,” HRC Ohio State Director Shawn Copeland said in a statement. “But more must be done to move equality forward and end the unacceptable patchwork of nondiscrimination laws across this state that leave LGBTQ Ohioans at risk.”

Copeland also noted that it is important for supporters of equality to commit to voting for a governor and state legislators who will support passing pro-LGBTQ laws, such as the Ohio Fairness Act, which has been blocked from having a vote in the Ohio House since it received a hearing back in January.

“Every Ohioan should have a fair chance to earn a living, provide for their families, and live their lives without fear of discrimination and we look forward to working with our local partners and elected officials to ensure that all are protected,” Copeland added.

“I am incredibly proud of the Cuyahoga County Council and of the message this sends to the LGBTQ residents of Cuyahoga County,” Alana Jochum, the executive director of Equality Ohio, said in a statement. “I hope that in particular, this sends a message to LGBTQ youth in the county that they are welcome, they are accepted, and they shouldn’t have to move to the big city to be treated with dignity.”