By John Riley on September 6, 2018 @JohnAndresRiley 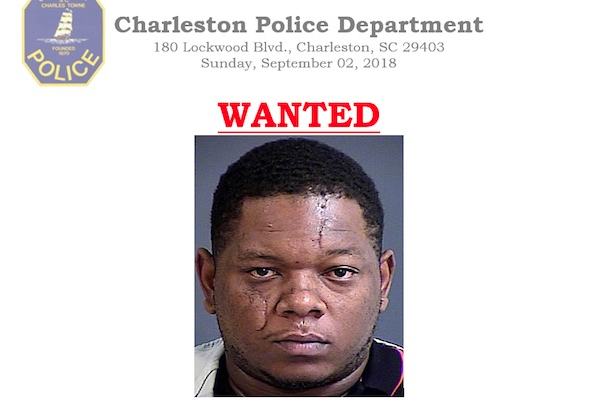 A South Carolina judge has set bail at $75,000 for a 30-year-old man who’s been accused of harassing and knocking out a transgender woman in downtown Charleston earlier this month.

On Sept. 4, Christopher Lamar Price, of North Charleston, surrendered to police, who had put out “Wanted” posters seeking information so they could arrest him.

He has been charged with a misdemeanor count of second-degree assault and battery for punching the woman following an altercation outside of a popular nightclub, reports the Charleston Post and Courier. If convicted, Price could serve up to three years in prison.

Price has also been ordered, upon his release from prison, to stay away from the area around Deco Nightclub and the Charleston Visitor Center parking garage, where the assault occurred.

On Aug. 19, the victim was walking with her boyfriend and her sister to their car after a night out at King Street bars when they encountered a man near Deco Nightclub on Ann Street.

Surveillance video shows the victim’s sister getting into a verbal confrontation with two men, one of whom is believed to be Price.

Police were called to the crime scene and found the transgender woman lying on the ground, unresponsive. She later awoke and was transported to a local hospital, where she received eight stitches in her cheek and two staples in her scalp, according to an affidavit.

Price appeared on a video screen from Charleston County jail for the bond hearing. He stood in silence as a victim’s advocate read a statement on behalf of the victim. The statement alleged that the altercation was fueled by his “hatred” for members of the LGBTQ community.

The Charleston Police Department says it’s now classifying the crime as bias-motivated, for reporting purposes. Initially, they denied the assault was a potential hate crime, but later amended that designation after learning more details about the incident, as well as receiving pushback from the local LGBTQ community.

On Tuesday, at a meeting with the pro-LGBTQ group Alliance for Full Acceptance, Charleston police apologized for not classifying the crime as bias-motivated, reports local NBC affiliate WCBD News 2.

CPD Chief Luther Reynolds characterized the mistake as an oversight, and other officials within the department apologized for their role in mischaracterizing the nature of the attack.

Depputy Chief Naomi Broughton apologized for only looking at what was written on the incident report and not asking further questions.

South Carolina doesn’t have a hate crime law, meaning there are no extra enhancements, or harsher penalties, that can be doled out if Price is found guilty. However, information about the prevalence of bias crimes is collected by the State Law Enforcement Division and tracked by the FBI.

See also: Missouri transgender teen’s murder will not be charged as a hate crime