By John Riley on September 3, 2018 @JohnAndresRiley 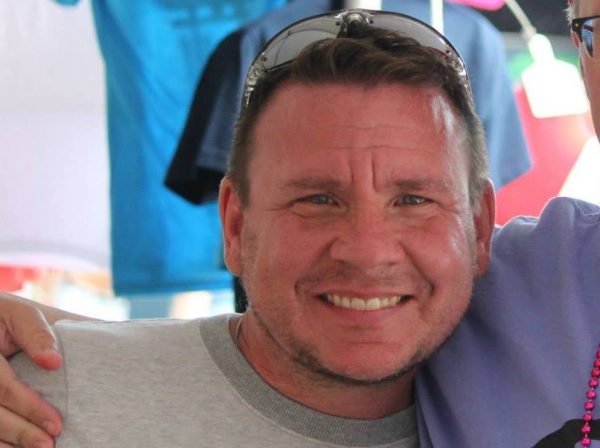 HOPE DC’s informal support group started in 1988, when a small group of HIV-positive men met at MedStar Georgetown University Hospital during clinical trials of life-saving treatments. They decided to come together to provide mutual moral support away from the hospital and began hosting regularly occurring private social events.

To celebrate the 30th anniversary, HOPE DC will hold a social event in a member couple’s private home in Arlington, Va. at 7 p.m.

Jimmy Garza, the vice president of HOPE DC, notes that the hosts of the social will be providing grilled food, so attendees are encouraged to bring their own side dishes and refreshments, enough to serve a party of 50 or more guests. Further details are available on request.

“After all this time, 30 years later, we’re still doing the same thing they did in 1988, gathering to support longtime survivors and newly-infected people alike,” says Garza, who’s been a member of the group since moving to Washington in 1993.

“I actually responded to an ad in Metro Weekly. I met somebody, and he said, ‘Do you want to go to this party?’ And I said, ‘Sure,'” recalls Garza. “So it was then that I found a community where you could talk about whatever you needed to talk about — how you’re feeling, medications, current trials, whatever. There was a non-judgmental place where I could go to. Thirty years later, that need is still there.”

In 1996, HOPE DC became a nonprofit 501(c)3 organization called The HOPE Foundation. Over the years, the group’s members have grown to include over 1,200 individuals.

The group is still operational, hosting monthly socials in members’ homes, brunches at a local restaurant, and occasional museum tours or day trips for members.

HOPE DC also has a private Facebook group and email discussion list where members can vent, ask questions about insurance, medication, or just connect with others who are HIV-positive.

The group’s philosophy is based on the premise that establishing strong community ties can help foster self-esteem and encourage members to make responsible decisions regarding their health and relationships. HOPE DC is funded by generous donations from Brother, Help Thyself, Whitman-Walker Health, and individual private donors.

“We’re still fighting stigma, we’re still fighting discrimination, we’re still fighting the wellbeing of the social member, as far as how they view themselves,” Garza says. “Even though it’s not as bad as it was 30 years ago, living with HIV is still treated as a ‘hush-hush’ thing. So we try to bring that more to the light, and show people that it’s a chronic and manageable issue, and no longer a death sentence. That’s why we’re still here, and will continue to be here, as long as there is a need.”

HOPE DC’s 30th Anniversary Social will be on Saturday, Sept. 15 at a private residence in Arlington, Va. For an address and more details, email Jimmy Garza, jim@hopedc.org or call the HOPE DC hotline at 202-670-1792. For more information about HOPE DC, visit hopedc.org.