By John Riley on September 18, 2018 @JohnAndresRiley 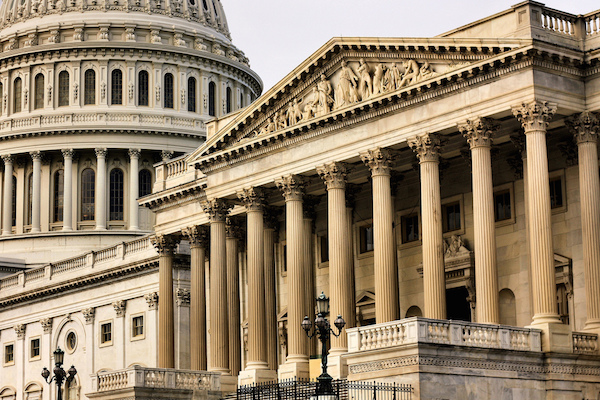 The U.S. Senate Judiciary Committee narrowly advanced the nomination of Stephen Clark, a St. Louis lawyer, to a federal judgeship, despite concerns expressed by pro-equality groups about his alleged anti-LGBTQ views.

Clark, who was nominated by President Trump for a seat on the U.S. District Court for the Eastern District of Missouri, was approved by the Republican-led committee on a party-line vote of 11-10 last Thursday.

When he was first nominated, Sen. Roy Blunt (R-Mo.), one of Clark’s home state senators, noted that Clark had earned “widespread praise from legal professionals and elected officials,” reports the St. Louis Post-Dispatch.

Clark, a member of the Republican National Lawyers Association, founded the national law group RUNNYMEDE in St. Louis in 2008, and has handled cases in more than 20 federal courts, four federal appeals courts, and nine state courts.

Carl Tobias, an expert in federal courts and professor at the University of Richmond law school, told the Post-Dispatch that the closeness of the committee vote could indicate that Clark’s nomination will be contested, although he expects Clark to be narrowly confirmed by the full Senate. A final floor vote is expected to occur in October.

Clark’s nomination to the federal bench was flagged by 19 national, state, and local LGBTQ groups for views that are believed to be hostile towards LGBTQ Americans and might prejudice any future decisions he makes on cases involving LGBTQ individuals.

The groups wrote a letter to the U.S. Senate Judiciary Committee outlining its objections to Clark last week, including what they perceive as his hostility to civil rights. The groups note that Clark vocally and vehemently opposed the Supreme Court’s decision legalizing marriage equality.

He also created a video expressing opposition to the decision, and has argued that same-sex marriage will eventually lead to the legalization of polygamy.

The groups also expressed concerns about Clark’s promise to look to the colonies, the history of state statutes, and “traditions” when analyzing claims of violations of due process or fundamental rights, something that they say “poses a clear and present danger” to the rights of LGBTQ people and other vulnerable groups.

“Mr. Clark’s invocation of the ‘colonies’ or ‘tradition’ as a reason to turn back challenges to discriminatory laws turns a blind eye to the fact that many traditions deeply rooted in our history reflect longstanding patterns of discrimination based on gender, sexual orientation, gender identity, national origin and race,” the letter reads.

“That approach — which the Supreme Court long ago rejected — stands in in stark opposition to the principles embodied in case law that has developed over the last 50 years — case law that guarantees the right to contraception and a woman’s freedom to choose and secures other protections enshrined in such landmark cases as Roe v. Wade, Planned Parenthood v. Casey, Romer v. Evans, and Lawrence v. Texas.”

Lambda Legal, one of the signatories to the letter, urged the Senate Judiciary Committee and the larger Senate to reject Clark’s nomination, saying he has a “clear record of bias against LGBT people.”

“Clark’s record on LGBT issues is disturbing. He has asserted his belief that there is no constitutional right to same-sex marriage,” Sharon McGowan, the chief strategy officer and legal director of Lambda Legal, said in a statement. “How can more than 160,000 LGBT Missourians have any hope of receiving justice from a judge who refuses to accept the Supreme Court’s decision that the right to marry extends to same-sex couples?

“Other aspects of Clark’s record indicate that he will be a dangerous ideologue rather than a fair-minded jurist. … He unapologetically ignores centuries of progress and law that have extended the protections of the U.S. Constitution to historically oppressed populations,” added McGowan.

“We urge the Senate Judiciary Committee to reject Stephen Clark’s nomination because his appointment to the federal court will cause grave harm to LGBT people, as well as to all communities that rely on the federal judiciary of the United States to administer fair and impartial justice.”