By John Riley on September 28, 2018 @JohnAndresRiley 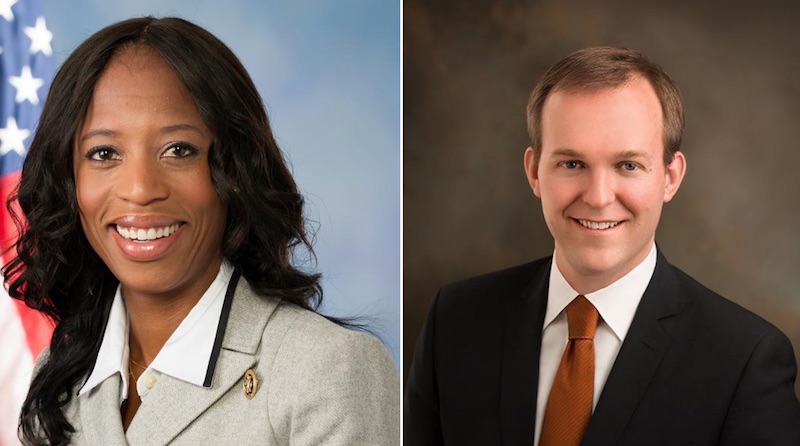 A Utah congresswoman has sent out an email attacking her Democratic opponent for supporting marriage equality and other “East Coast liberal values.”

The email in question was one of two sent out to Republican U.S. Rep. Mia Love’s campaign mailing list on Thursday, according to the Salt Lake Tribune.

The email highlights some of Kennedy’s positions, including support for abortion rights, the Affordable Care Act, and opposition to the recent GOP tax cuts, and claims McAdams holds those same positions.

“Kennedy III champions gay marriage — Just like Ben!” the email reads. “He certainly embraces East Coast liberal values, like his buddy Joe Kennedy — but these are not Utah’s values.”

An hour later, the campaign sent out a second message touting Love’s role in freeing Utah resident Josh Holt from a Venezuelan jail. The second email also contained an apology, saying the previous email had been “sent in error.”

Sasha Clark, a spokeswoman for the Love campaign, said the first email was sent in error by a vendor without the approval of the campaign. Love later confirmed in her own statement to the Tribune that the vendor responsible for the email had been fired.

The first email’s content was eerily similar to an approved email the campaign sent out over Labor Day weekend that mocked McAdams’ decision to bill himself as a “moderate” while supporting liberal causes.

“‘Moderate McAdams,’ who says he was ‘pleased’ with the Supreme Court legalizing same-sex marriage,” the Labor Day email said.

Clark told the Tribune that the Labor Day email was intended to highlight the liberal agenda under Democratic politicians, rather than a comment specifically on the rights of LGBTQ Americans.

Equality Utah blasted the Love campaign for attempting to use LGBTQ rights as a wedge issue in the campaign.

“Again, @RepMiaLove is using gay families to attack her political opponent @BenMcAdams,” the organization wrote on its Twitter account. “We thank Ben for his years of public support for the LGBTQ community. We need politicians who will unite Americans, not divide us. Sadly, Love’s campaign has chosen their path.”

Again, @RepMiaLove is using gay families to attack her political opponent @BenMcAdams. We thank Ben for his years of public support for the LGBTQ community. We need politicians who will unite Americans, not divide us. Sadly, Love's campaign has chosen their path. #utpol pic.twitter.com/OktfUCL7mO