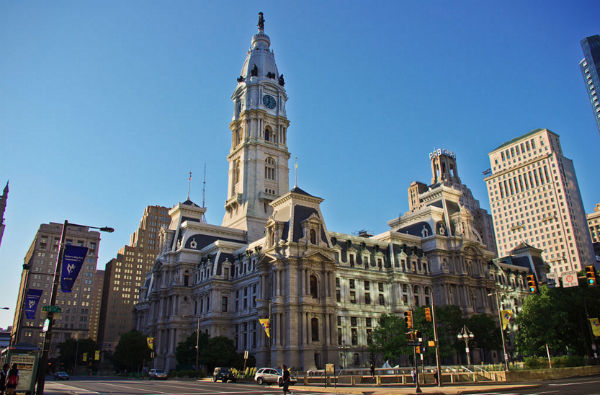 Last Thursday, Lambda Legal submitted an amicus brief on behalf of a coalition of itself and nine organizations that serve LGBTQ youth to the 3rd Circuit, asking it to uphold a lower court ruling against Catholic Social Services (CSS).

CSS sued the city of Philadelphia after it stopped referring foster children because of CSS’s refusal to place children with same-sex couples.

In its initial lawsuit, the organization claimed that the city had violated its religious freedom by forcing it to place children with prospective parents whose lifestyle runs counter to the Catholic Church’s belief that marriage is between one man and one woman.

In its brief to the 3rd Circuit, Lambda Legal warned that overturning the city’s nondiscrimination policy would send a negative message to LGBTQ youth in the foster care system.

“A decision allowing child placing agencies to discriminate while providing services on behalf of the government would significantly harm LGBTQ youth in care, depriving them of equal dignity by branding them as inferior,” the brief reads. “It would disserve and demean the LGBTQ youth in their care, stigmatizing them as less deserving of respect and sending the message that, when they grow up and consider having families of their own, they will not be viewed as worthy to be parents or have a right to equal treatment in the provision of government services.”

The amicus brief also argues that allowing CSS to discriminate against prospective parents based on religious objections to identity, rather than their qualifications to serve as adoptive or foster parents, violates the city’s obligation to the children in its care by severely limiting the pool of prospective parents and disregarding placements that might be best for individual children.

“Using non-objective criteria to screen potential parents not only violates federal law, but also excludes diverse placements to serve the ‘best interest and special needs’ of certain children in care,” the amici write in their brief. “In particular, as the City has squarely recognized, addressing the needs of LGBTQ youth in the foster care system by finding LGBTQ-affirming placements is critical. … As the District Court correctly noted, the City has a legitimate interest in ‘ensuring that the pool of foster parents and resource caregivers is as diverse and broad as the children in need.'”

Recent studies by the Williams Institute find that LGBTQ youth are overrepresented in the child welfare system, and that same-sex couples are more likely to adopt or serve as foster parents than their heterosexual peers.

Additionally, years of empirical research show that LGBTQ youth who experience discrimination or absorb messages that degrade their self-worth are more likely to experience depression, resort to substance abuse, or experience suicidal ideation.

“By seeking out a license to discriminate against same-sex couples, CSS harms the very children it purports to serve,” Currey Cook, counsel and director of Lambda Legal’s Youth in Out-of-Home Care Project, said in a statement.

In addition to the LGBTQ groups, Children’s Rights and 30 other child welfare organizations submitted their own amicus brief supporting Philadelphia’s right to keep in place its nondiscrimination policy for child placements.

In their brief, the groups point out that the Supreme Court and scientific research have found that sexual orientation has no bearing on a parent’s ability to care for a foster or adopted child.

They also point out that allowing CSS to receive taxpayer money while actively discriminating against prospective parents may violate the Establishment Clause of the First Amendment.

“Federal law establishes specific priorities for child welfare systems to ensure they serve children’s best interests. One priority is to increase the number of available foster and adoptive homes to reduce reliance on group care. Federal law requires the selection of the least restrictive, most family-like setting for a child,” the brief reads.

“CSS’s refusal to certify same-sex couples flouts this priority by reducing the number of available foster family homes. Given the acknowledged shortage of foster families, this harms all foster children who so desperately need safe and loving families,” the child welfare organizations add. “The other priorities established by federal law are permanency, health, safety, and placement with siblings. CSS’s discrimination against same-sex couples does not further these priorities.”

John Riley is the local news reporter for Metro Weekly. He can be reached at jriley@metroweekly.com
← Previous Story Deadmau5 apologizes after being accused of homophobic and transphobic tweets
Next Story → OutServe-SLDN President Matt Thorn to step down in coming months