Religious-based refusals could have negative consequences for LGBTQ community, as in similar case out of Arizona 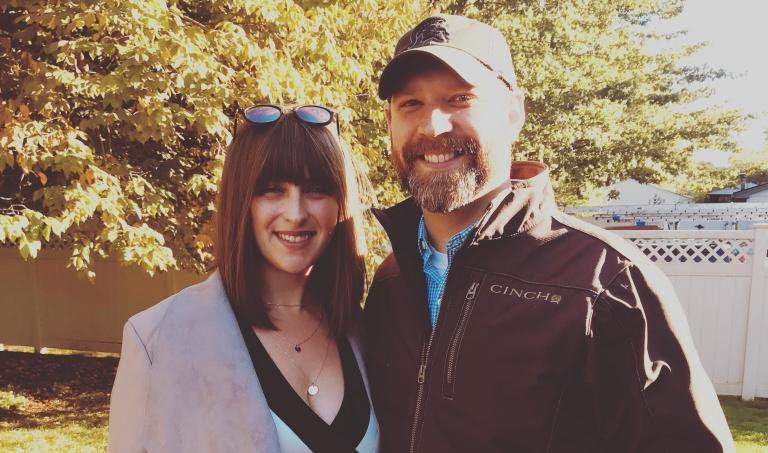 Rachel Peterson and her husband – Photo: ACLU of Michigan.

The American Civil Liberties Union of Michigan has filed a complaint with Meijer Pharmacy after a pharmacist working for the company refused to fill a customer’s prescription for medication needed to treat the after-effects of her miscarriage.

The ACLU is demanding an immediate investigation into the incident and asking Meijer to implement a policy allowing all patients to access prescribed medication.

At first blush, a heterosexual woman’s right to access medication due to a religious-based refusal might not seem related to LGBTQ rights. But Merissa Kovach, a policy strategist for the ACLU of Michigan, tells Metro Weekly that there’s a direct link to LGBTQ rights.

Kovach points to a similar incident in Arizona, where a pharmacist refused to fill a transgender woman’s prescription for hormones, as an example of what can come from giving too much weight to a person’s religious beliefs. For example, gay men seeking PrEP, or people with HIV hoping to fill a prescription for antiretrovirals, could also be discriminated against in cases where a pharmacist’s religious beliefs are prioritized over patient care.

The pharmacy in the Arizona case, CVS Health, eventually apologized and said its employee had violated the company’s policies, which require a pharmacist to refer prescriptions elsewhere if they personally refuse to fill them.

“What happened to our client is very similar to what happened in Arizona,” notes Kovach. “Both patients were denied the care they needed because of the personal beliefs of the on-duty pharmacist at the time.”

On July 1, 2018, Michigan resident Rachel Peterson’s OB/GYN called in a prescription to the Meijer pharmacy in Petoskey, Mich., for medication to treat Peterson’s recent miscarriage. It was crucial for her to take the medication in a timely manner in order to avoid having to undergo a more invasive surgical procedure.

But the pharmacist on duty refused to fill her prescription, saying that “as a good Catholic male,” he could not “in good conscience fill the prescription” because he believed it was her intention to use it to terminate a pregnancy. When Peterson told him that her doctor had found no signs of viability from the fetus, the pharmacist accused her of lying and said “that was just [her] word.”

“When you’re at one of the lowest moments of your life,  you don’t expect this sort of demeaning treatment,” Peterson said in a statement. “A pharmacy should not be able to deny patients medication prescribed by their doctors based on the personal beliefs of a particular employee.”

In response, the ACLU of Michigan filed a complaint with Meijer Pharmacy’s civil rights coordinator on Peterson’s behalf. The organization argues that Meijer, through its employee’s actions, violated Michigan’s public accommodations law and discriminated against Peterson because she is a woman.

“Our client clearly was a victim of sex discrimination,” Kovach said in a statement. “Had the customer been a man prescribed the same medication, that is also commonly used to treat ulcers, the pharmacist would have filled it.”

Currently, there is no law in Michigan that explicitly grants pharmacists or health care providers the right to refuse to treat patients or fill prescriptions based on their personal religious beliefs.

“It is my understanding, based on a statement that Meijer gave to the Detroit Free Press that they have a policy that accommodates their employee’s personal beliefs, but, in doing so, there need to be a backup in place to ensure patients are getting the medicine they’ve been prescribed in a timely manner,” Kovach added. “As far as we could tell, we could not find a written policy for Meijer, so I can’t say for certain what the pharmacist was relying on.”

“Our argument would be that all customers should expect the same service, regardless of who they are and what their prescription is,” Kovach said. “Meijer can work to accommodate the personal beliefs of their employees, but they can’t do so by permitting discriminatory denials of care that place burdens on patients or customers. … It really opens up the door for broad-based discrimination against women who are seeking reproductive health care and members of the LGBTQ community.”

John Riley is the local news reporter for Metro Weekly. He can be reached at jriley@metroweekly.com
← Previous Story Smithsonian to receive collection of Matthew Shepard’s personal artifacts 20 years after his death
Next Story → HRC releases congressional scorecard grading members on LGBTQ issues