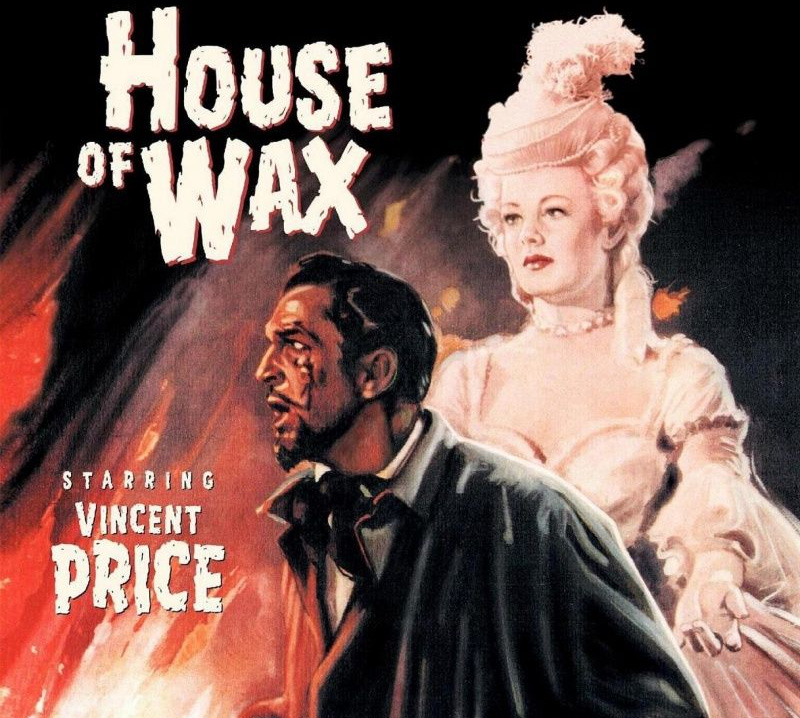 Poster for House of Wax

The Andre de Toth classic was famously part of cinema’s 3D craze, boasting a stunning opening sequence of melting wax figures that toppled off the screen and virtually into your lap, as well as a now-iconic sequence featuring a tuxedoed man and a paddleball. While it won’t be screening in 3D here, it is still worth a watch, if only for Price’s chilling performance as a demented wax artisan who creates his works in a most unusual manner. Part of the Capital Classics series at Landmark’s West End Cinema. Wednesday, Oct. 24, at 1:30, 4:30, and 7:30 p.m., 2301 M St. NW. Happy hour from 4 to 6:30 p.m. Tickets are $10 to $12.50. Call 202-534-1907 or visit landmarktheatres.com. 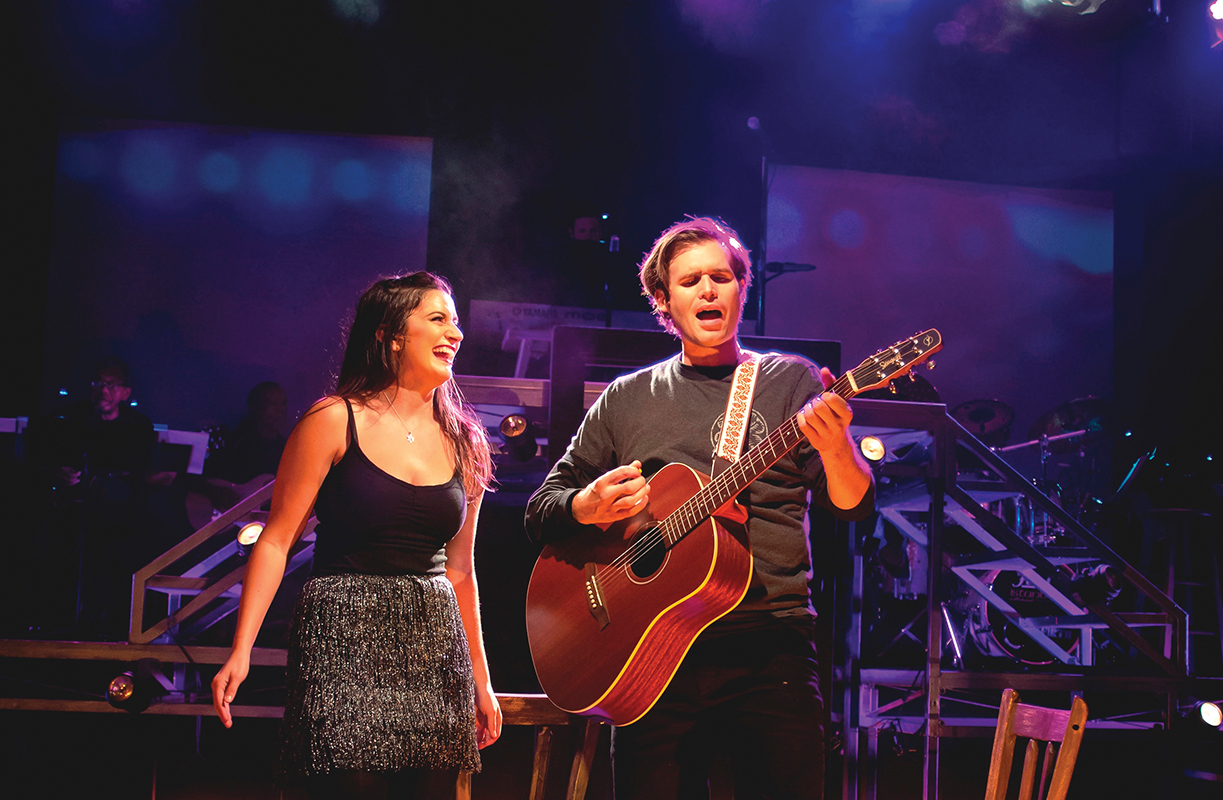 MetroStage offers a 10th anniversary production of Paul Scott Goodman’s musical, with a book co-written by Miriam Gordon, focused on an ambitious singer-songwriter who meets a reclusive rocker. Together, they aim for stardom in the London and New York punk scenes of the ’70s. Directed by Tom Jones. To Nov. 11. 1201 North Royal St., Alexandria. Tickets are $55. Call 703-548-9044 or visit metrostage.org. 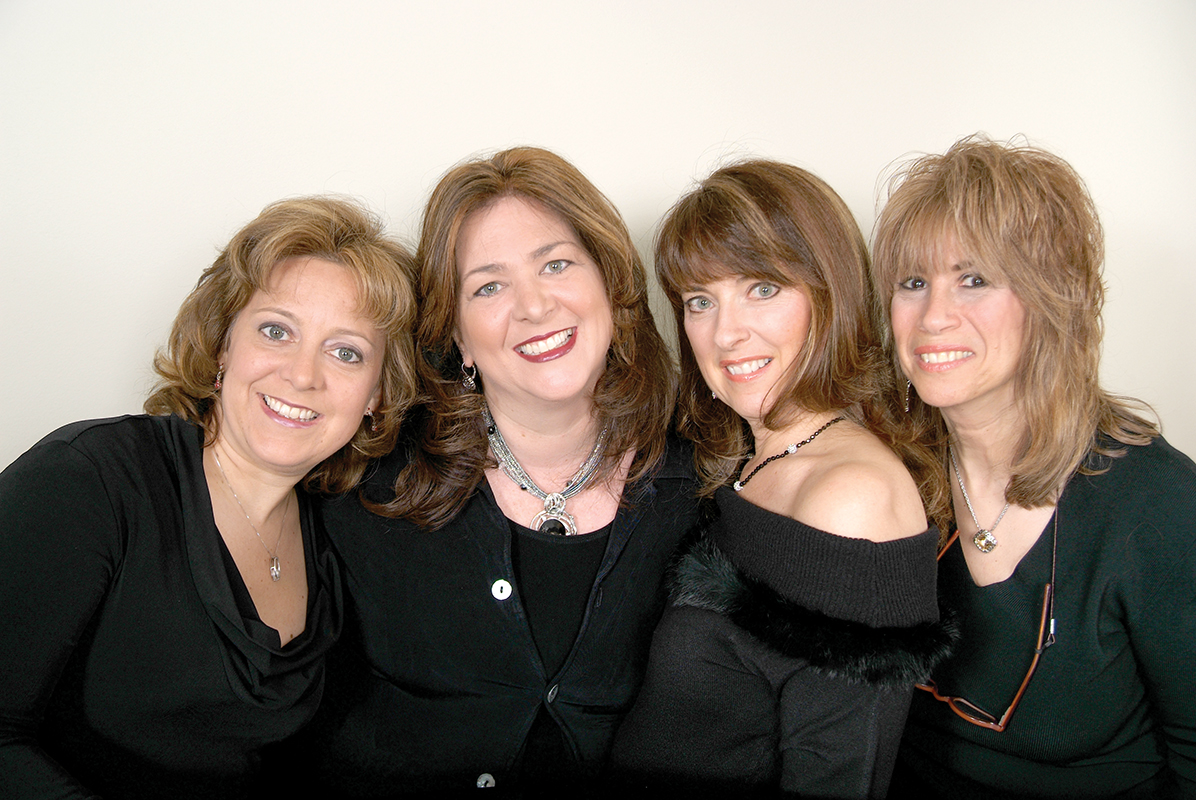 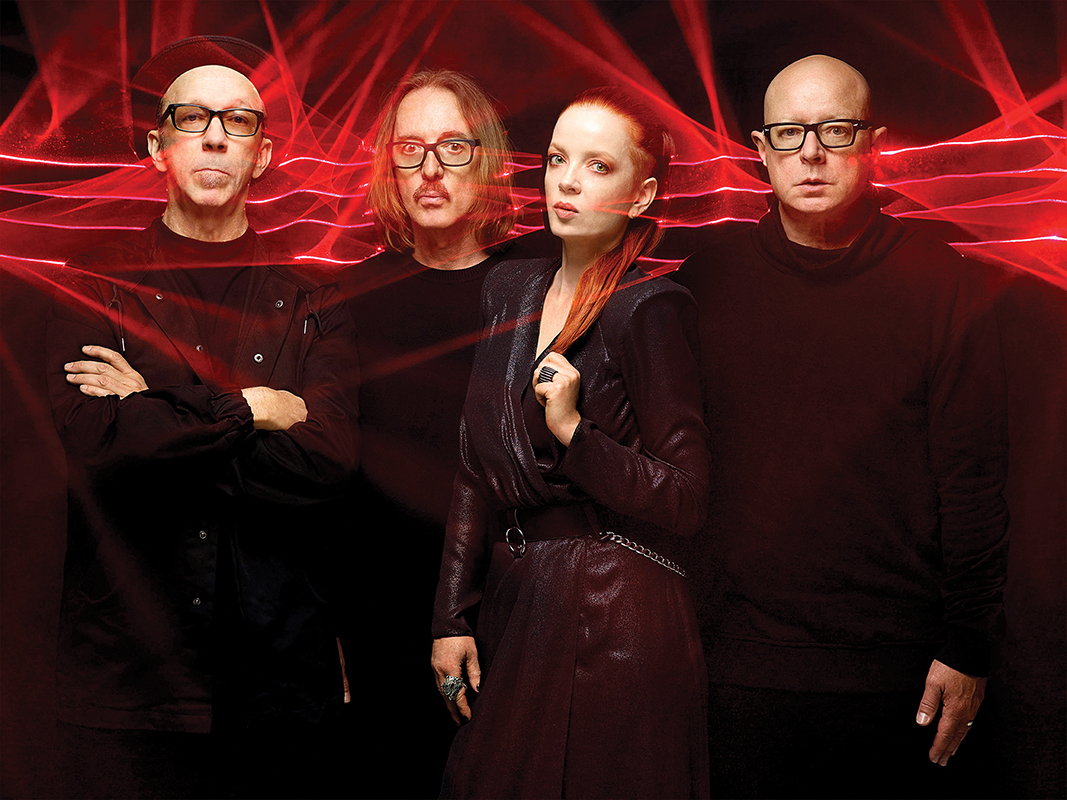 Shirley Manson tours with her brooding, grungy alt-rock band as part of a 20th anniversary celebration of Version 2.0. Nominated for Album of the Year and Best Rock Album at the 1999 Grammy Awards, Garbage’s sophomore set also features one of its biggest hits, the Grammy-nominated “Special.” Sunday, Oct. 21, and Monday, Oct. 22. Doors at 6:30 p.m. Lincoln Theatre, 1215 U St. NW. Tickets, remaining only for the Monday show, are $55. Call 202-888-0050 or visit thelincolndc.com. 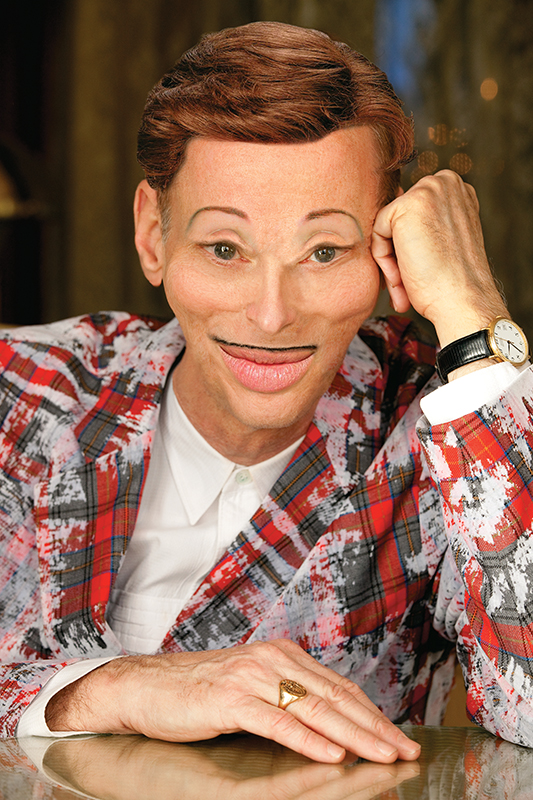 The Baltimore Museum of Art honors “King of Trash” John Waters with a showcase of the queer filmmaker’s visual arts career through a display of 160 provocative photographs, sculptures, and video and sound works. The works range from send-ups of famous films and faces, to objects from Waters’ home and studio, to three peep-shows with footage from his rarely seen underground movies of the 1960s. Now to Jan. 6. 10 Art Museum Dr. Baltimore. Tickets are $10 to $15. Call 443-573-1700 or visit artbma.org. 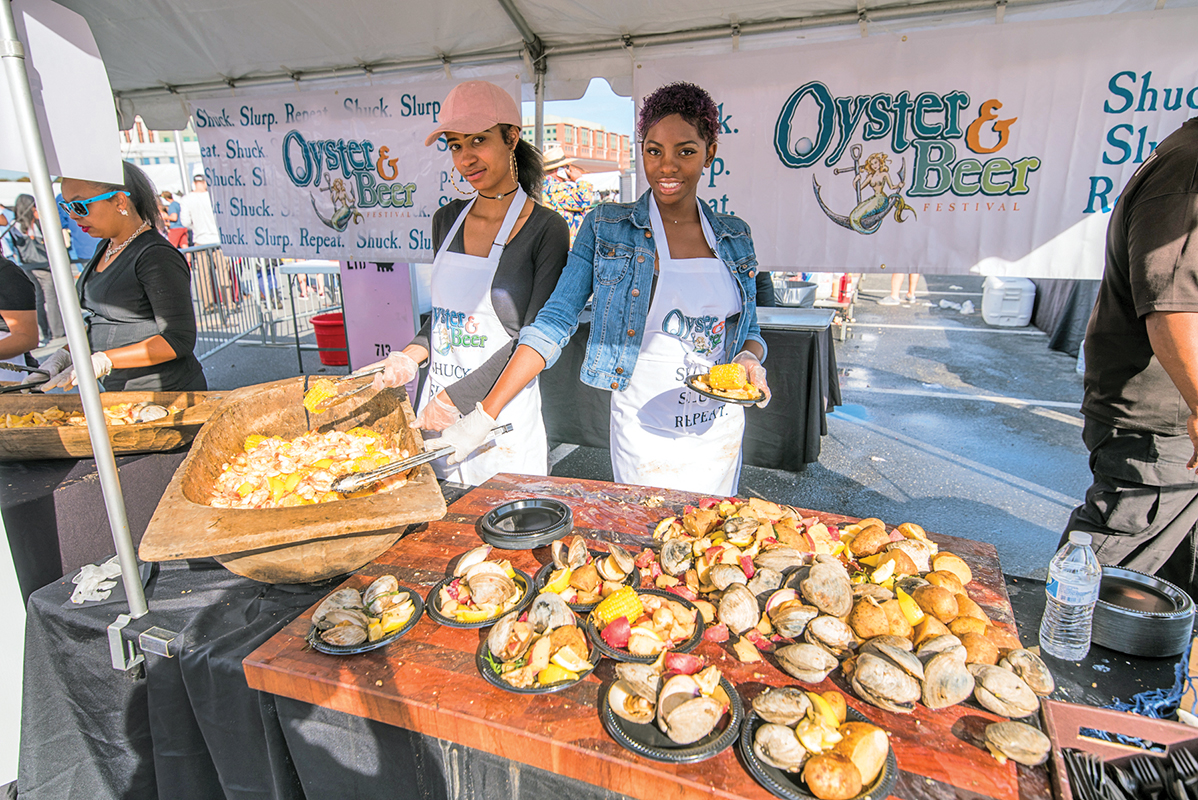 This “Drink.Eat.Relax” festival functions in an All-You-Care-To-Taste fashion with everything from the food — oysters, mussels, and clams, and non-seafood options — to the drinks, with more than 30 types of beer, wine, and spirits on tap. There will also be food trucks on hand, live music and games, and “one very angry mermaid.” Saturday, Oct. 20, starting at noon, with the last food shucking/serving at 3:30 p.m. and last call at 3:45 p.m. Yards Lot H/I down N Place SE from Nationals Park. Tasting Admission is $59 and includes a souvenir glass. Call 800-830-3976 or visit beerandoyster.com. 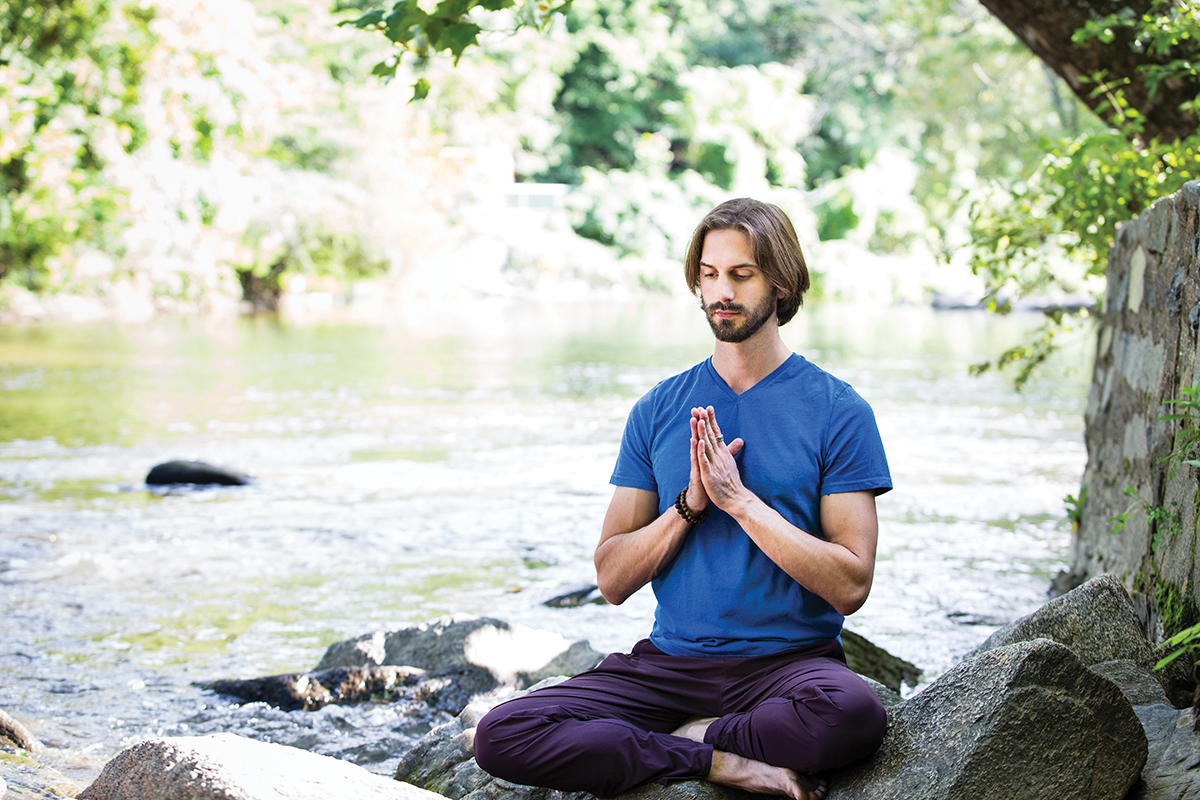 Borne out of personal frustration with the bland, incidental music he often heard while practicing yoga, Luke Frazier came up with the Music & Mindfulness series of his American Pops Orchestra, developed in collaboration with yogi Michael Peterson. This weekend ushers in the first of three yoga sessions during the 2018-2019 season in the Dupont Underground featuring music purposefully coordinated for the experience of yoga and meditation and performed live by Frazier on piano, four cellists from the Pops Chamber Ensemble, and APO’s principal percussionist Jeremy Yaddaw. Yaddaw co-wrote with Frazier the interwoven soundscape of classic Broadway melodies arranged in an eastern contemplative style that will fuel the first session. The session is open to all, from those participating in yoga for the first time to those simply enjoying the music and meditation without physical engagement. Water, tea, juice, and other snacks will be available for purchase; participants should bring their own mats and towels. Sunday, Oct. 21, at 6 p.m. Dupont Underground, 1500 19th St. NW. Tickets are $15. Visit dupontunderground.org. 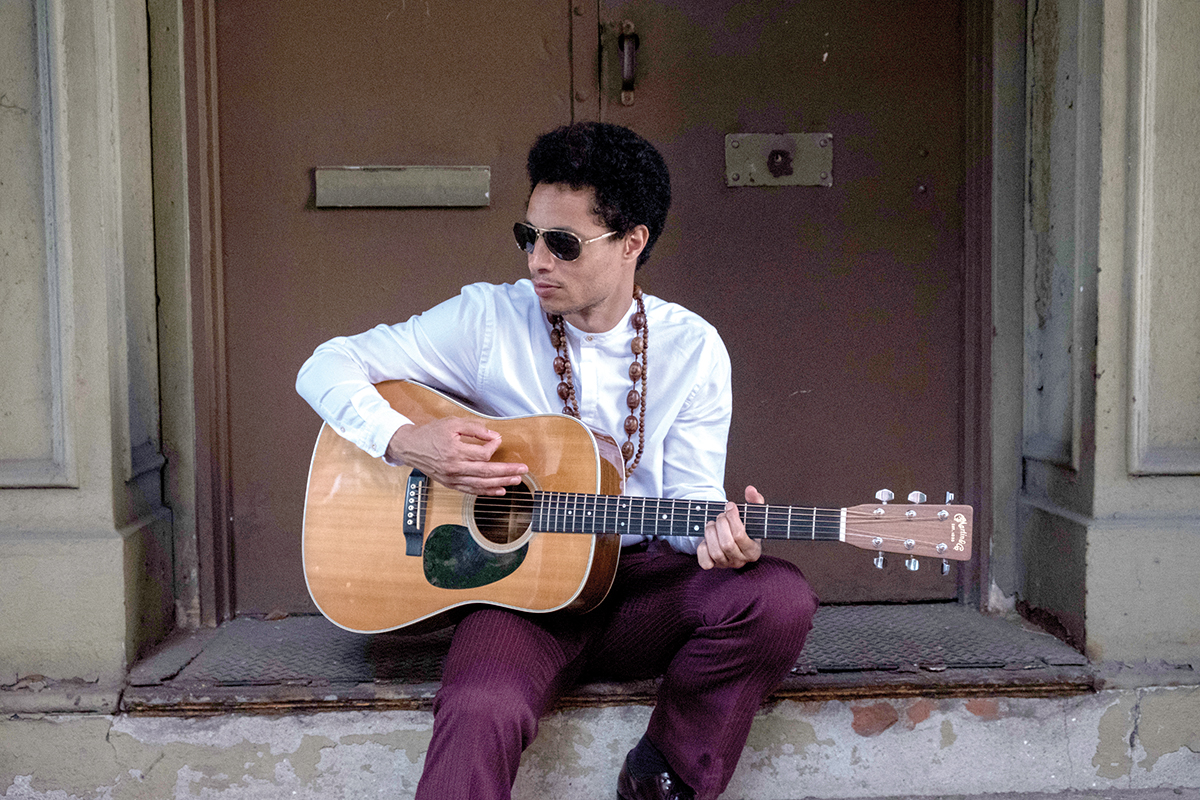 A lesser-known contemporary of neo-soul artists including Frank Ocean and John Legend, James has made more of a name for himself through reinterpretations of standards chiefly from the Great American Songbook. Every bit as impressive is his new album Lean On Me: A Tribute to Bill Withers, a toast to the 80th birthday of the underrated, uplifting soul/pop songwriter, who retired decades ago out of disgust with the industry — but not before blessing the world with gems like “Ain’t No Sunshine,” “Just The Two of Us,” and “Lovely Day.” James will bring the songs to life as he does on record supported by a quartet of contemporary jazz stars: Nate Smith on drums, Ben Williams on bass, Sullivan Fortner on keys, and Brad Allen Williams on guitar. Saturday, Oct. 20. Doors at 6:30 p.m. The Hamilton, 600 14th St. NW. Tickets are $24.75 to $129.75. Call 202-787-1000 or visit thehamiltondc.com. 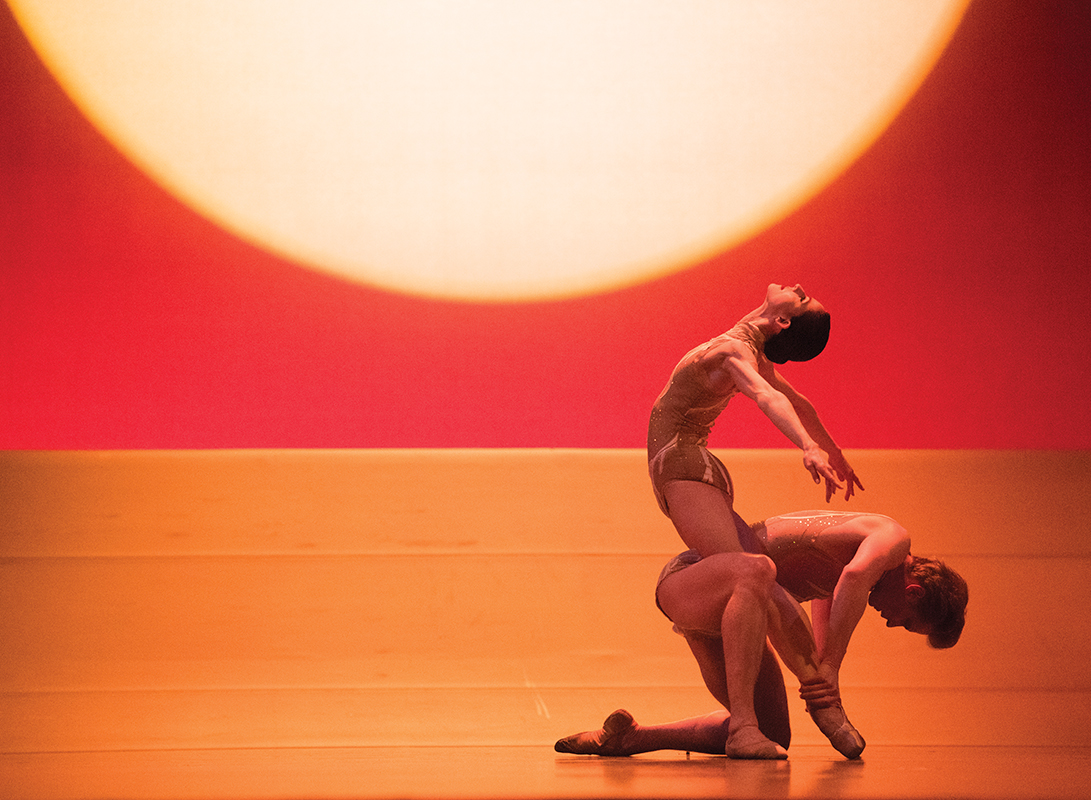 The renowned San Francisco Ballet presents the East Coast premieres of works by some of today’s most in-demand choreographers, all originally performed at the company’s groundbreaking festival Unbound, which debuted this past spring. Presented in two distinct programs, the week-long run at the Kennedy Center, accompanied by the Kennedy Center Opera House Orchestra, begins on Tuesday, Oct. 23, with Program A consisting of Trey McIntyre’s Your Flesh Shall Be A Great Poem, an homage to the choreographer’s grandfather as set to music by singer-songwriter Chris Garneau; Christopher Wheeldon’s Bound To, a reflection of technology in contemporary society set to music by Keaton Henson; and David Dawson’s Anima Animus, which draws on German philosopher Carl Jung for an exploration into the spaces in between polarized opposites. Program B, which begins performances on Thursday, Oct. 25, includes The Infinite Ocean, Edwaard Liang’s exploration of the space between life and death set to music by Oliver Davis, Snowblind, Cathy Marston’s narrative piece based on Edith Wharton’s 1911 novella Ethan Frome, and Hurry Up, We’re Dreaming, Justin Peck’s reverie on dreaming set to songs by instrumental electronic band M83. Performed in repertory to Oct. 28. Kennedy Center Opera House. Tickets are $29 to $129. Call 202-467-4600 or visit kennedy-center.org. 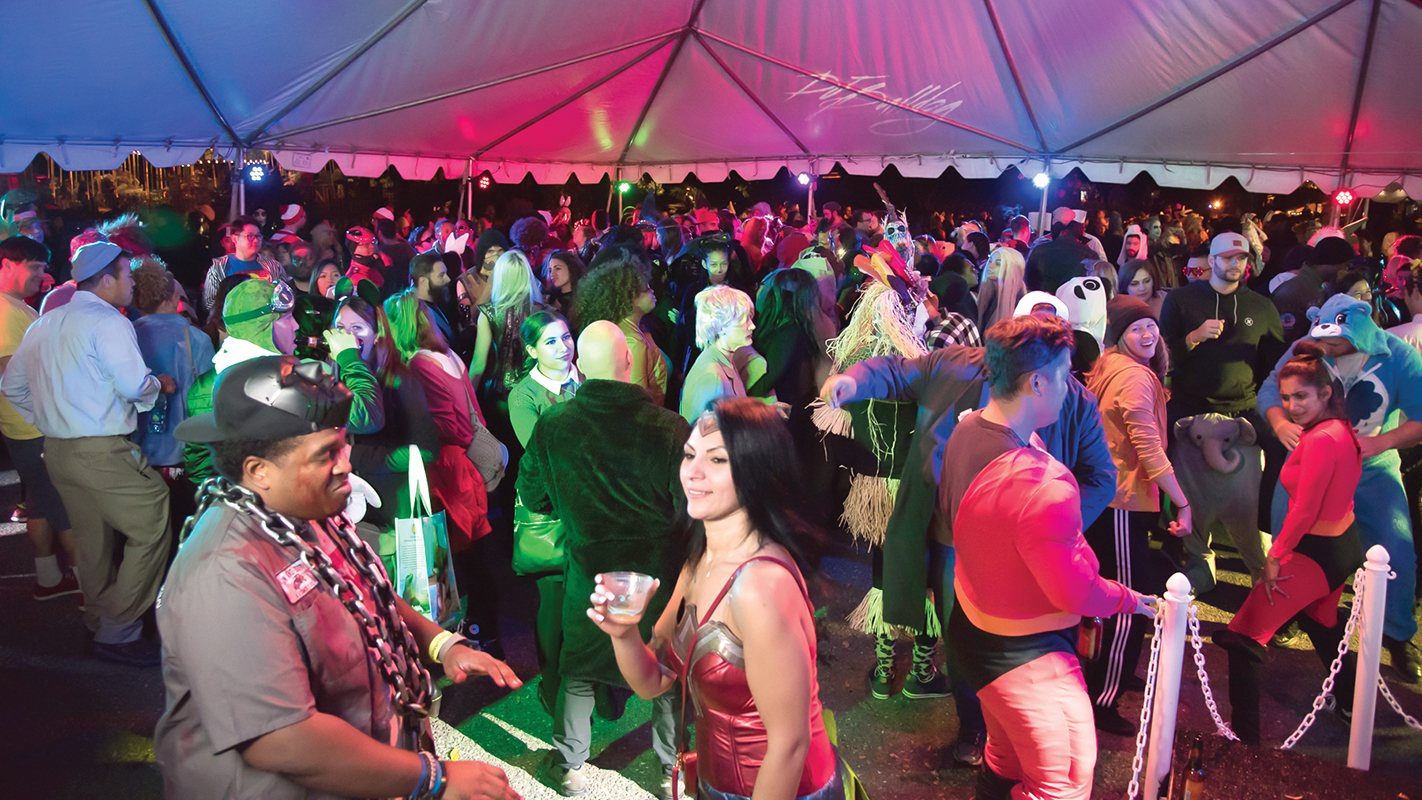 Night of the Living Zoo — Photo: Gabriele Stonyte, Friends of the National Zoo

HALLOWEEN AT THE ZOO

The National Zoo welcomes two Halloween-themed events over the next week, including the 20th annual Boo at the Zoo, a trick-or-treat outing in the park featuring decorated trails, after-hours access to select animal houses and exhibits, animal demonstrations, keeper chats, pumpkin-carving demonstrations, “scary-oke” for kids, and 40 treat stations — including craft beer and coffee sweets for the adults. It runs Friday, Oct. 19, through Sunday, Oct. 21, nightly from 5:30 to 8:30 p.m. A week later, Friends of the National Zoo offers a second Halloween to-do, the adults-only Night of the Living Zoo featuring performance artists, particularly those working in the odd and eerie realms, a costume contest, a DJ dance party, and craft beer and food truck fare. The VIP Experience also includes express check-in, one additional drink ticket, exclusive takeaway gift, exclusive animal experiences and viewings, private bar, lounge, and dance floor, and complimentary food tastings from local restaurants including Bier Baron Tavern, Blackfinn Ameripub, Dolci Gelati, El Centro, and Radiator. Friday, Oct. 26, from 7 to 10 p.m. National Zoo, 3001 Connecticut Ave. NW. General admission is $30 for Boo at the Zoo, $40 for Night of the Living Zoo, or $90 for VIP. Call 202-633-4800 or visit nationalzoo.si.edu.

Every year, the local chapter of the American Institute of Graphic Arts, organizes an event showcasing D.C.’s creative community. The 2018 edition kicks off with a Local Makers Panel of artists showcasing their work and discussing how the DMV has impacted their work and how they’ve worked to impact their community on Saturday, Oct. 20, from 1 to 4 p.m., at Pyramid Atlantic, 4318 Gallatin St., Hyattsville. Another key highlight is the Pop-Up Shop Block Party, at which goods made by local makers and designers will be for sale — in addition to beer and ice cream from Milk Cult — on Wednesday, Oct. 24, from 6 to 10 p.m., at Cherry Blossom Creative, 2128 8th St. NW. Throughout the week, various companies and design firms will host Creative Lunch sessions, including Booz Allen Hamilton, OpenBox9, RedPeg Marketing, NASA, Image Factory DC, the Pew Research Center, and PBS. Additional event highlights include the Experienced Leaders Panel at Solid State Books, 600 H St. NE, on Sunday, Oct. 21; DC Mural Run, a 3.5-mile, early morning jaunt through the city’s mural-filled streets starting in Shaw’s Blagden Alley, and “Designing Conversations,” about voice-enabled technology with representatives from area companies including the Washington Post, NPR, and Capital One, at architecture firm Gensler, 20, both on Wednesday, Oct. 24; and a Drink & Draw session celebrating designers and their sketchbooks, where all skill levels can also engage in pencil drawings, at Right Proper Brookland Production House, 920 Girard St. NE, on Friday, Oct. 26. DC Design Week runs to Sunday, Oct. 28. Visit dcdesignweek.org.