Editor’s Picks: Mandy Barnett, La Traviata, How I Learned to Drive, and more!

Deborah Colker’s physically daring, visually striking company returns to the Kennedy Center with Dog Without Feathers (Cão Sem Plumas), a visually evocative work inspired by a poem by João Cabral de Melo Neto. Following the course of the Capibaribe River, the piece depicts “the poverty of the riverside population, the disregard of the elites, the life in the mangrove, of ‘invincible and anonymous force.'” It’s the Brazilian director/choreographer’s first work entirely inspired by her heritage and is being presented as part of The Human Journey year-long multidisciplinary collaborative series from the Kennedy Center, the National Geographic Society, and the National Gallery of Art. Thursday, Oct. 18, through Saturday, Oct. 20, at 8 p.m. in the Kennedy Center Eisenhower Theater. Tickets are $49 to $89. Call 202-467-4600 or visit kennedy-center.org.

GARRY WINOGRAND: ALL THINGS ARE PHOTOGRAPHABLE 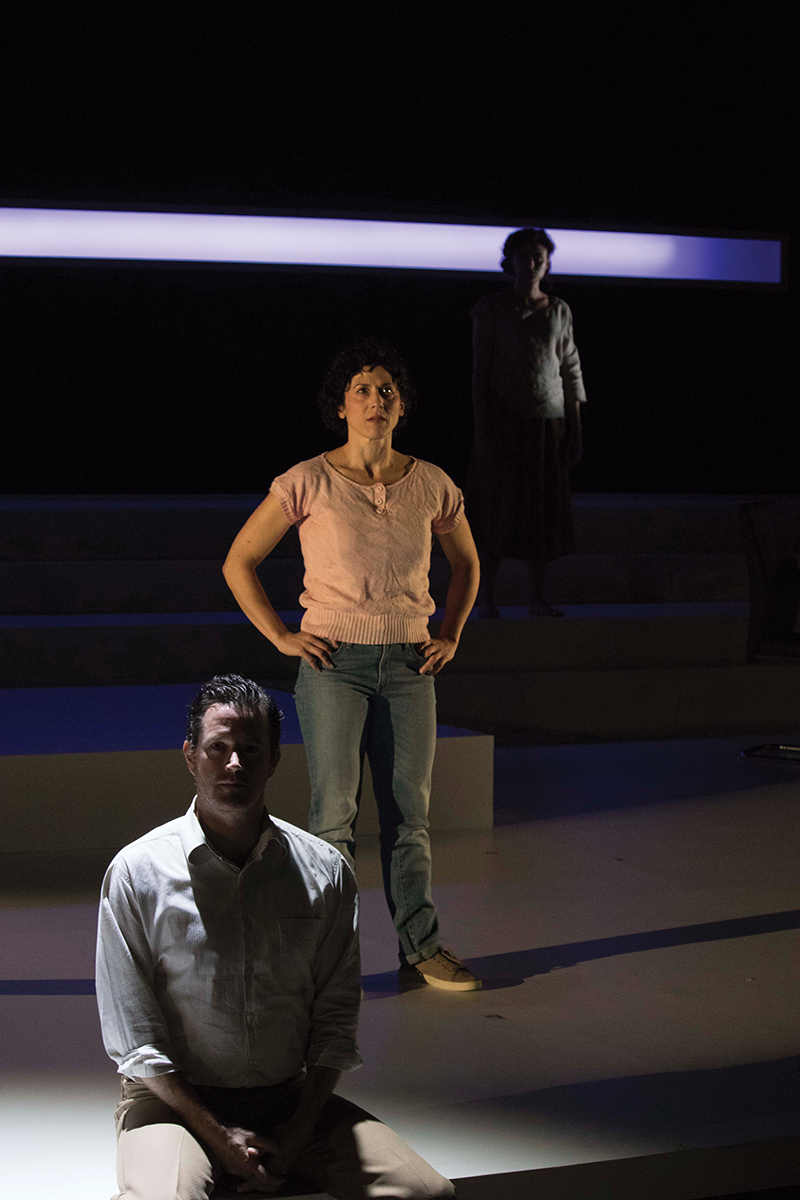 How I Learned to Drive

HOW I LEARNED TO DRIVE

An astonishing chronicle of one woman’s journey to break the cycle of sexual abuse by Baltimore-native Paula Vogel. The great Helen Hayes Award-winning actress Alyssa Wilmoth Keegan (Cat on a Hot Tin Roof) plays the adult survivor Li’l Bit, whose “education” at the hands of her Uncle Peck (Peter O’Connor) began when she was a mere eleven. The cast is rounded out by Daven Ralston, Emily Townley, and Craig Wallace. To Nov. 4. 4545 East-West Highway, Bethesda. Tickets are $50 to $60. Call 240-644-1100 or visit roundhousetheatre.org. 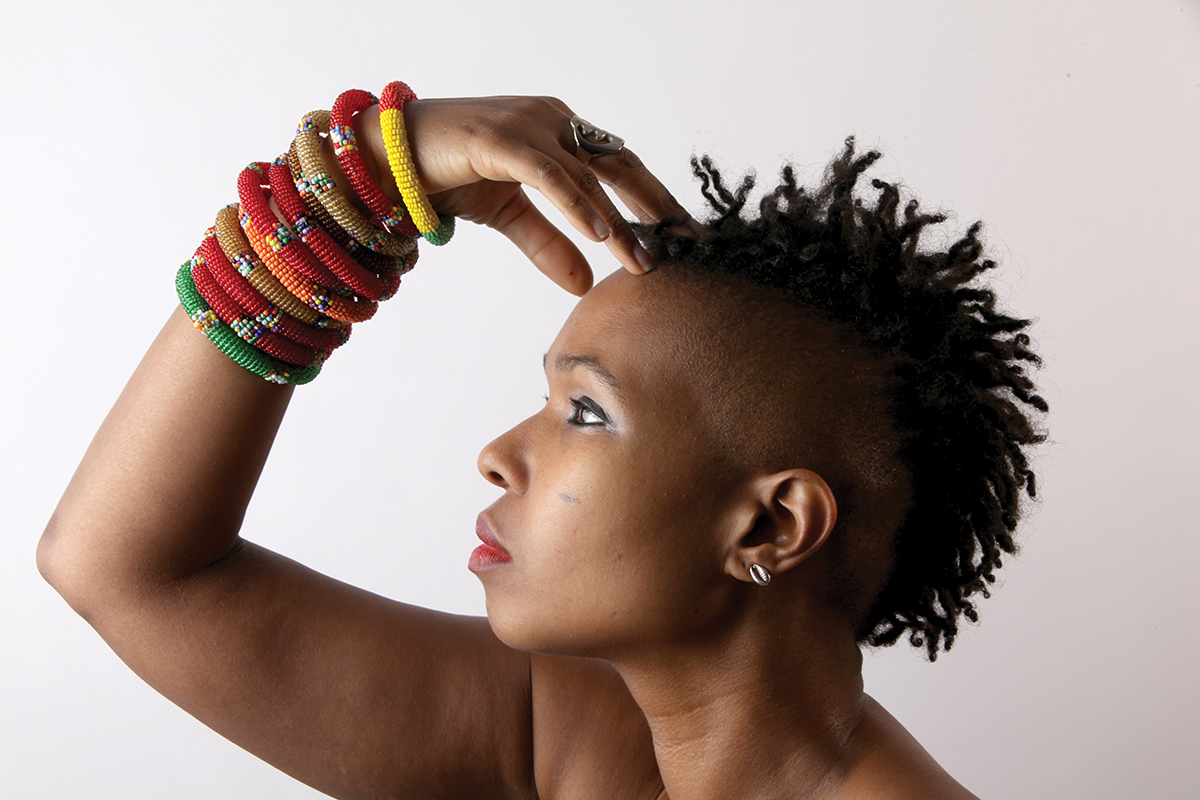 A D.C. native and Howard University alum, the young jazz vocalist and composer blends traditional, modern, and African jazz styles while singing in the showy manner of many of today’s leading soul/pop divas. But she’s especially well-regarded for covering Nina Simone, and Allrich will perform renditions of beloved songs by the jazz iconoclast as well as South African powerhouse Miriam Makeba. The concert will be followed by a panel discussion on “The Role of Black Women, Arts, and Activism.” Sunday, Oct. 13, at 8 p.m. Lang Theatre, Atlas Performing Arts Center, 1333 H St. NE. Tickets are $20 to $25. Call 202-399-7993 or visit atlasarts.org. 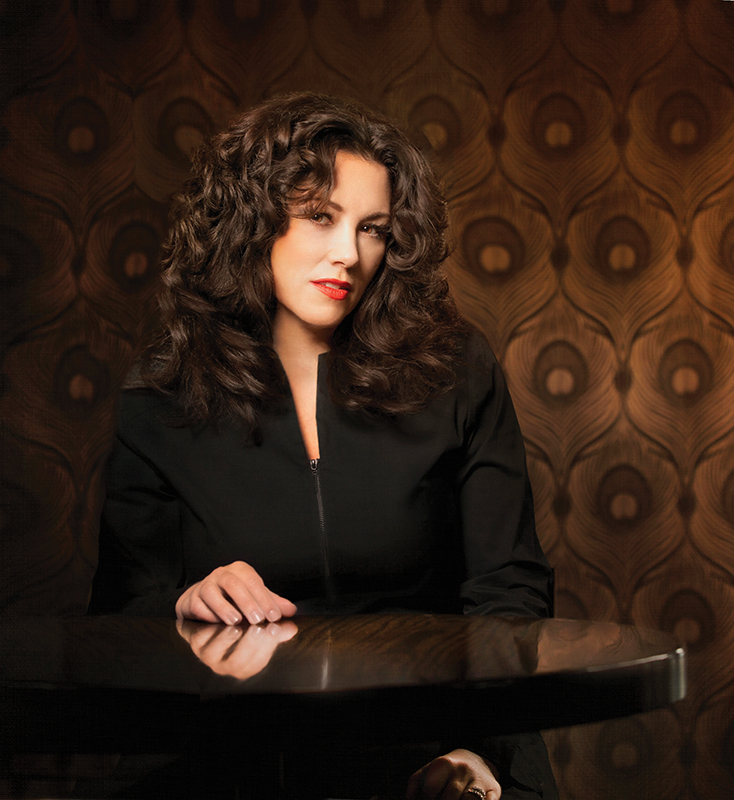 A smokey alto country/Americana crooner who will put you in mind of kd lang, Barnett also owes much debt to Patsy Cline. In fact, many people know Barnett as Cline, as she portrayed the female country pioneer at Nashville’s Ryman Auditorium in a successful run of the Off Broadway musical Always… Patsy Cline. Barnett tours in support of Strange Conversation, her first album in five years, recorded at Muscle Shoals and featuring a duet with John Hiatt. Thursday, Oct. 18, at 8:30 p.m. City Winery DC, 1350 Okie St. NE. Tickets are $15. Call 202-250-2531 or visit citywinery.com. 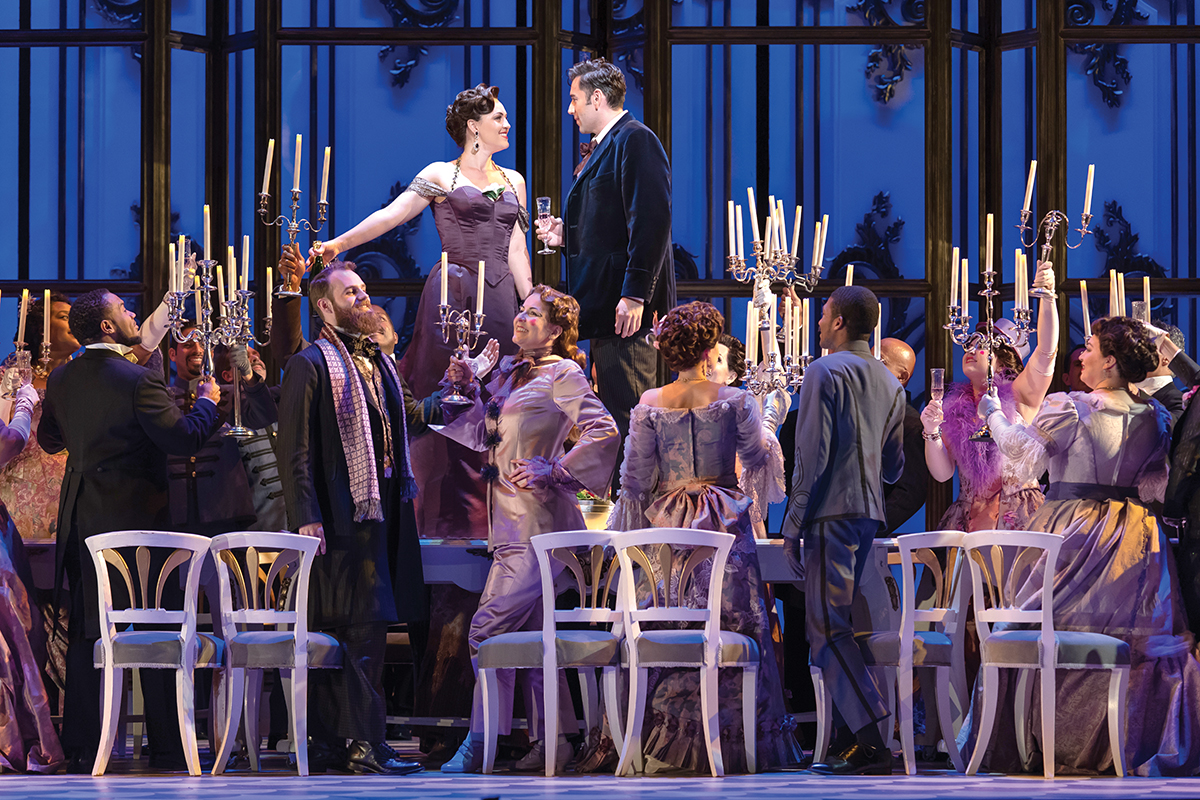 The Washington National Opera’s Francesca Zambello launches the company’s season with a new production of Verdi’s everlasting story of love and sacrifice, renowned for its soaring arias and heartbreaking conclusion. A co-production with the Atlanta Opera, the Glimmerglass Festival, the Seattle Opera, and Indiana University, La Traviata features elegant staging by Peter Davidson and turn-of-the-century costumes by Tony-winning designer Jess Goldstein. To Oct. 21. Kennedy Center Opera House. Tickets are $25 to $300. Call 202-467-4600 or visit kennedy-center.org. 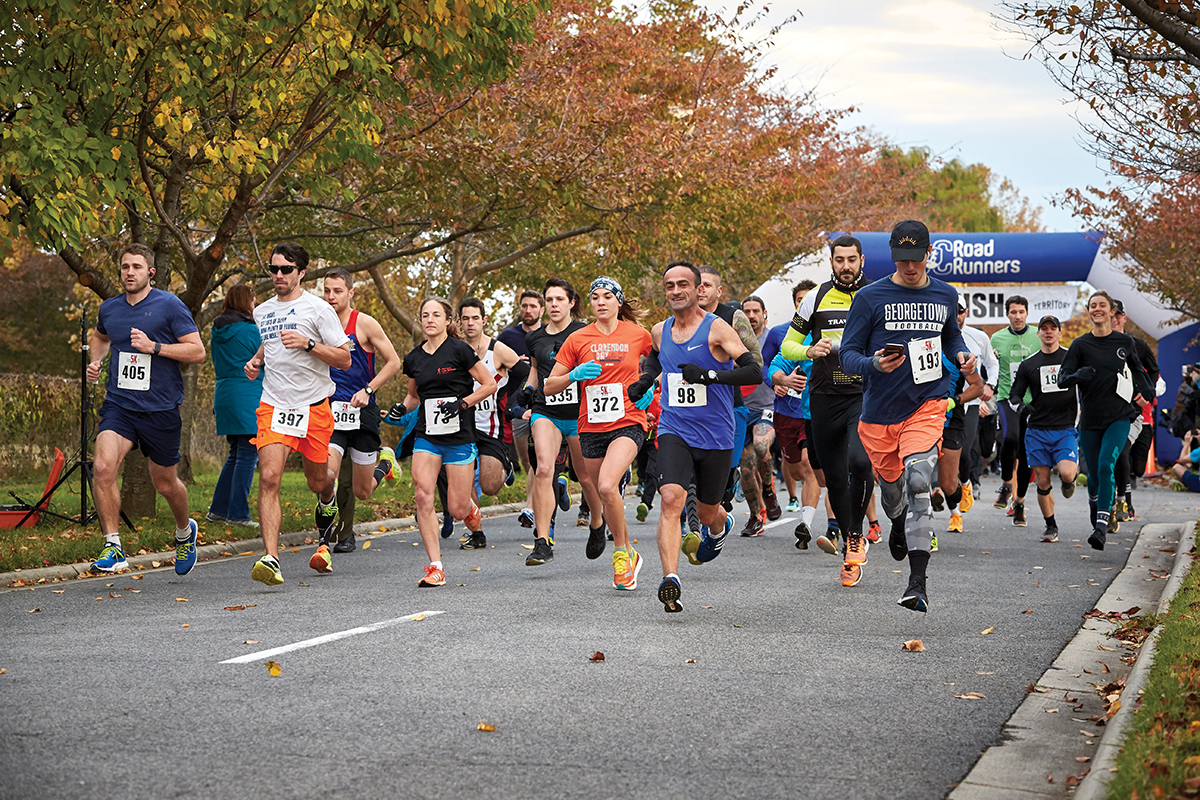 Kelly Collis and Jen Richer, co-hosts of 94.7 Fresh FM’s The Tommy Show, emcee the race and awards ceremony at this 4th annual event sponsored by Vida Fitness. Also known as Hains Point, the park’s flat running course circles the Potomac River and is both dog and stroller friendly, with special race heats for both children and pets. Prizes include Vida memberships, training sessions, and guest passes, as well as gift cards from affiliated outfits SweatBox, Aura Spa, and Bang Salon. Proceeds from the race, as well as new socks collected via a pre-race sock drive, will go toward Thrive DC, dedicated to preventing and ending homelessness in the area. Saturday, Oct. 13, beginning at 7 a.m., with race kicking off at 8 a.m. at Ohio Drive SW just south of the Jefferson Memorial and across from the District Wharf. Visit vidathrive5k.com. 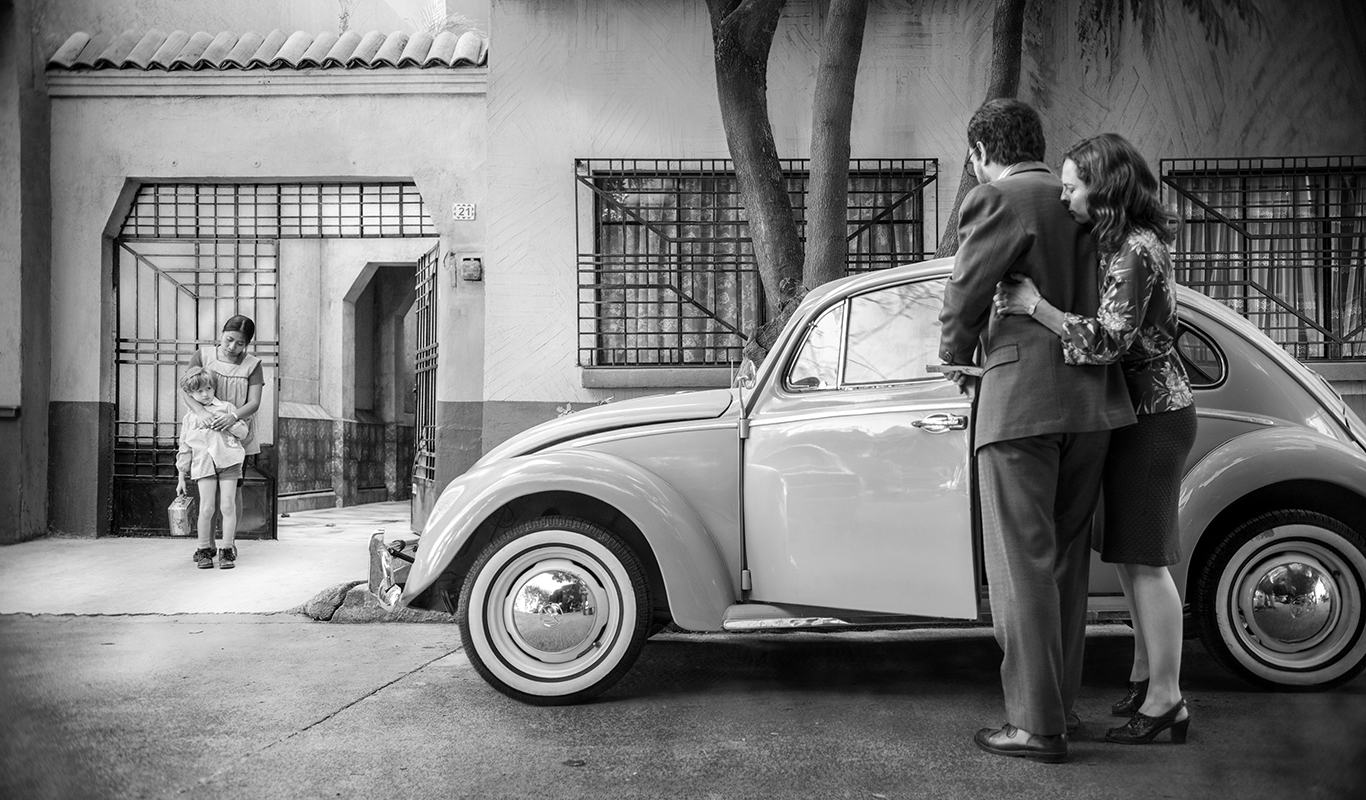 Held in a picturesque town in Virginia’s horse and wine country, the Middleburg Film Festival, founded by BET co-founder Sheila C. Johnson, offers a mix of independent features, documentaries and Oscar contenders, including several submissions for Best Foreign Language Film. Highlights this year include Alfonos Cuarón’s Roma, Boy Erased, The Front Runner, based on the derailed presidential campaign of Gary Hart, and Peter Farrelly’s highly anticipated Green Book, starring Viggo Mortensen as a bouncer hired to drive a world-class Black pianist (Mahershala Ali) on a tour of the deep South in the era of segregation. The festival will honor four exceptional women in film: Actor and producer Maggie Gyllenhaal, actor Yalitza Aparicio, director Nadine Labaki, and songwriter Diane Warren. The festival runs Thursday, Oct. 18, through Sunday, Oct. 21 at the Salamander Resort & Spa and select other venues in Middleburg, Va. Passes are sold out except for packages including dinner, parties, and other events in addition to screenings ranging from $1,000 to $3,500. Visit middleburgfilm.org. 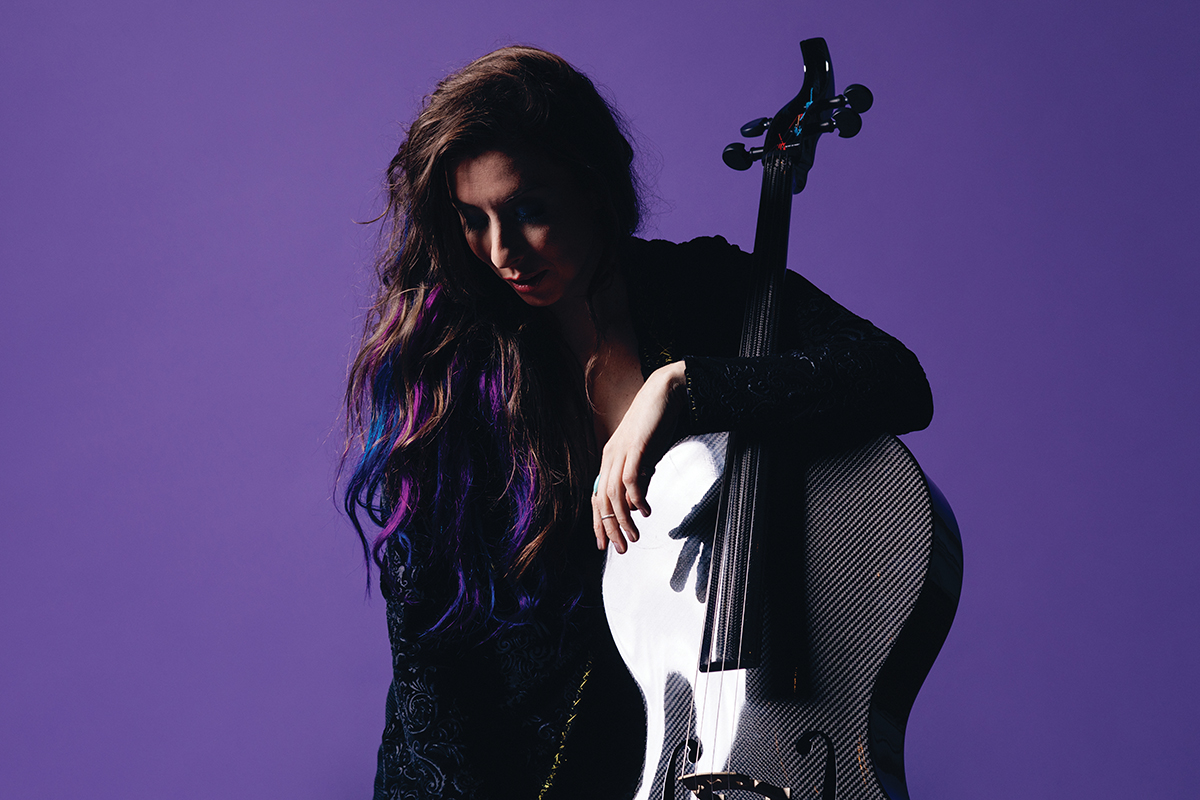 There won’t be beer steins at this twist on the German tradition. Instead, the Folger Library’s early music ensemble puts the focus on music from German-speaking lands in the centuries before the classical era of Bach, Beethoven, and Brahms. The Consort’s founding directors Robert Eisenstein and Christopher Kendall are joined by other string and wind instrumentalists, plus tenor Mark Bleeke, for a program that includes colorful songs by 14th-century Tyrolean knight and musician Oswald von Wolkenstein, quirky instrumental pieces from the 15th-century Glogauer Liederbuch, and opulent early 16th century music by Heinrich Isaac and Ludwig Senfi. Friday, Oct. 12, at 8 p.m., Saturday, Oct. 13, 4 and 8 p.m., and Sunday, Oct. 14, at 2 and 5 p.m. Folger Theatre, 201 East Capitol St. SE. Tickets are $25 to $42. Call 202-544-7077 or visit folger.edu. 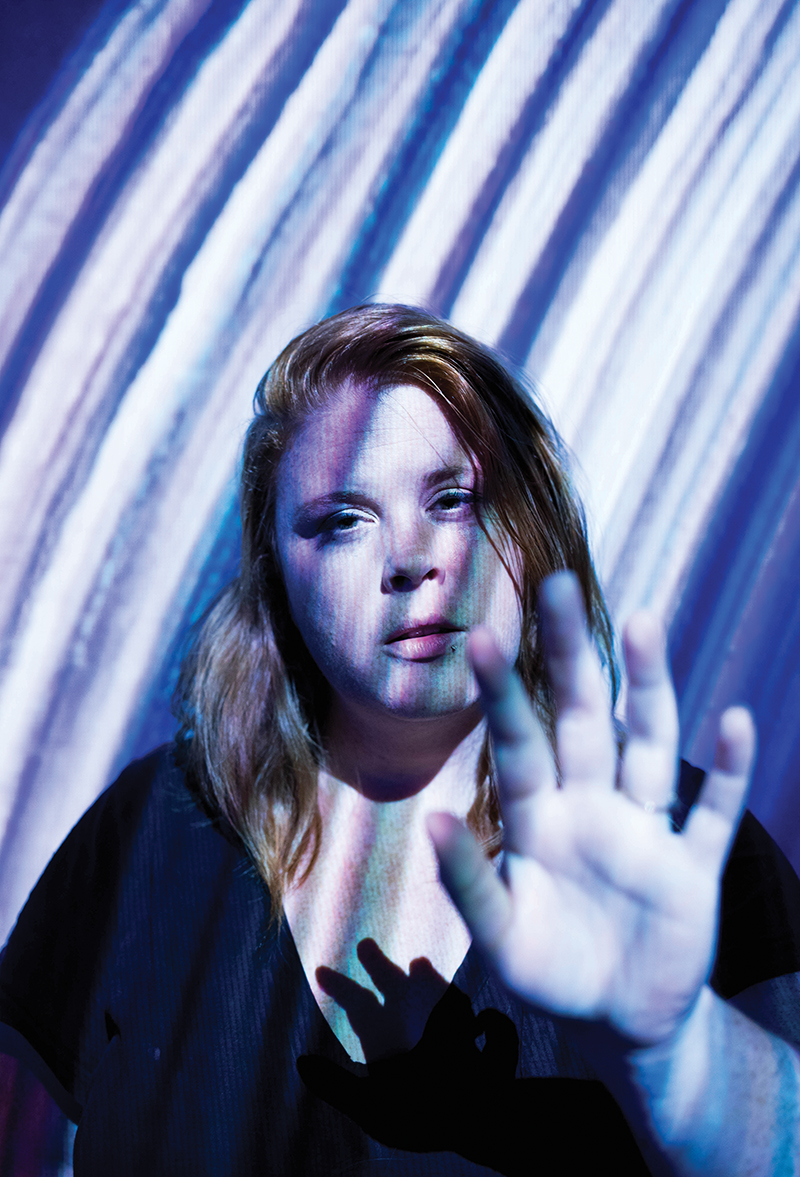 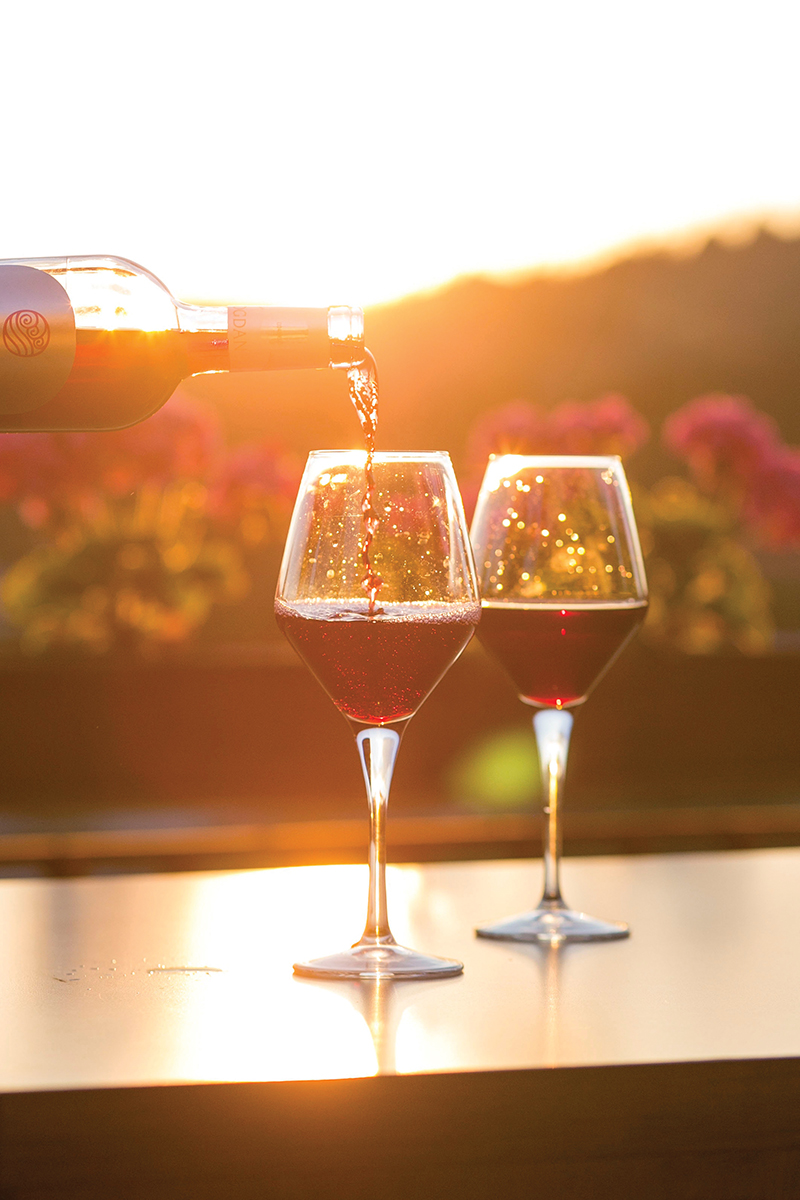 Alternately billed as “Virginia’s Oldest Wine Festival” and “the East Coast’s Longest-Running Wine Festival,” this 43rd annual event organized by TasteUSA and presented by the Atlantic Seaboard Wine Association features more than 200 wines from many of the commonwealth’s most revered wineries. The festival also features Virginia craft beers poured in the Virginia Oyster Pavilion, with bivalves served on the half shell, grilled, or baked in special dishes. It will all be complemented by live entertainment, craft vendors, and of course food trucks and vendors — including Brick n’ Fire Pizza, Columbia Station, DC Slices, Danibelle’s Lebanese, Kovi Asian Kitchen, Jimmy’s Famous Seafood, Maggiano’s, Red Dog BBQ, Qui Qui Catering, and Smoke in the City. Saturday, Oct. 13, and Sunday, Oct. 14, from 11 a.m. to 6 p.m. Gateway Park Rosslyn, 1300 Lee Highway, Arlington. Tickets, including tasting glass, unlimited wine (and cider) tastings, and access to the Oyster Pavilion, are $40 in advance, or $55 at the door; a VIP pass also grants one-hour early admission, plus access to a private tent and bathrooms with additional reserve wine tastings and costs $65 in advance or $95 at the door. Visit virginiawinefest.com.