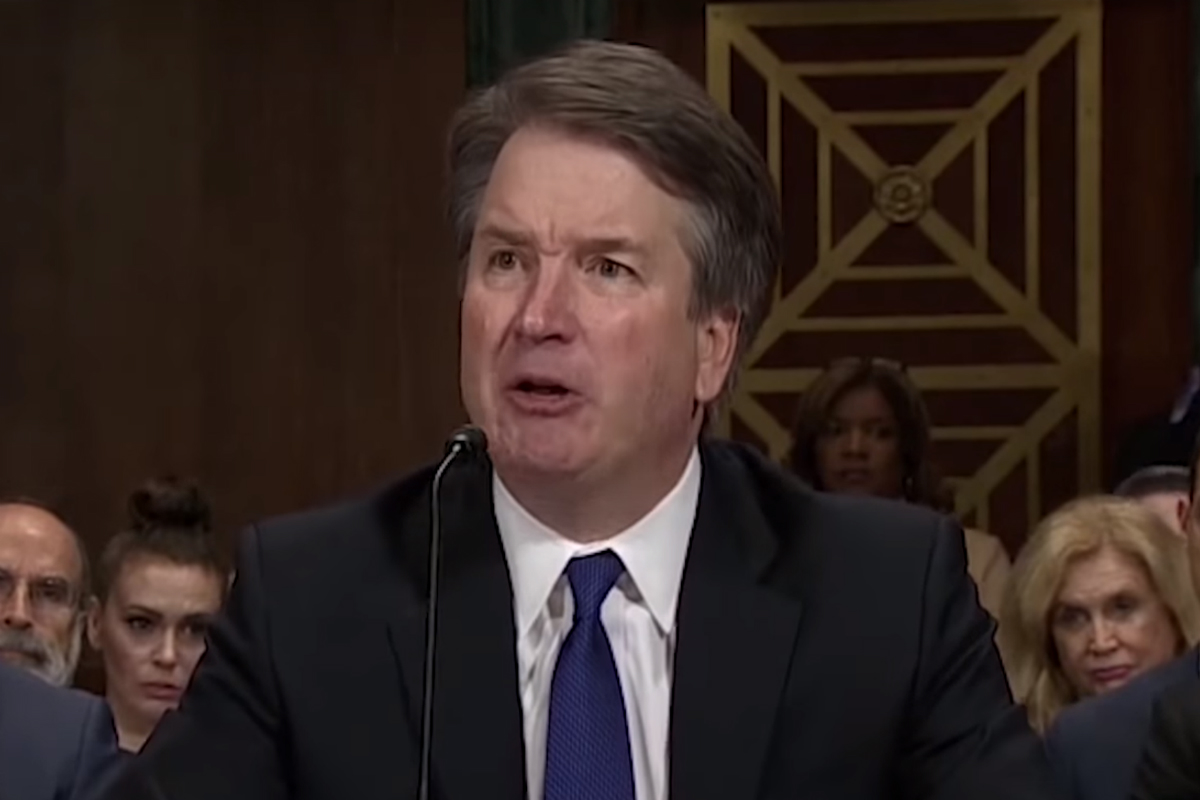 Forty-nine Republicans and one Democrat confirmed Kavanaugh after weeks of debate, which intensified after multiple allegations of sexual assault were levied against the nominee. Sen. Lisa Murkowski of Alaska was the only Republican to not support Kavanaugh’s confirmation.

Despite compelling testimony from Dr. Christine Blasey Ford, several former associates from Kavanaugh’s youngers years accusing him of lying under oath, and countless legal professionals and academics opposing his nomination, Republican leaders persisted and successfully confirmed Kavanaugh, shifting the balance of the nation’s highest court for at least a generation.

LGBTQ organizations, which had previously urged senators to oppose Kavanaugh due to a judicial record that suggested he would be hostile to women’s and LGBTQ rights, slammed his confirmation.

In particular, they harshly criticized Sen. Susan Collins (R-Maine) — previously considered a potential “No” vote — for opting to confirm Kavanaugh and delivering a testimony on the Senate floor that not only applauded Kavanaugh, but decried those who had sought to derail his nomination.

“Senator Collins, who presented the closing argument on behalf of Senator McConnell and GOP leadership, has forever tarnished her legacy as a moderate, independent thinker,” said Sharon McGowan, Lambda Legal Chief Strategy Officer and Legal Director, adding, “Her full-throated endorsement of Brett Kavanaugh, coupled with her attacks on those who raised concerns about his nomination, were the defensive words of a partisan apologist, and not someone who takes reproductive freedom, LGBTQ rights or affordable health care seriously.”

The Human Rights Campaign, condemned Collins on Friday, Oct. 5, after she opted to support advancing Kavanaugh’s nomination to the final vote on Saturday, saying they were “deeply disappointed” in the Maine senator.

In a statement after the final Senate vote, HRC President Chad Griffin took aim at the fifty senators who confirmed “a dangerous, unqualified nominee who demonstrated he lacks the temperament, honesty and objectivity required of any judge and continues to face multiple credible allegations of sexual assault that have not been fully investigated.

“The harmful consequences of the Senate’s decision to support Brett Kavanaugh will last decades,” Griffin continued. “We thank the 49 senators who had the courage to do the right thing, vote their conscience and oppose this nomination. In the wake of this news, there is only one course of action. The millions of Americans who have fought a valiant struggle against this Trump-Pence nominee must make their voices heard in November and beyond by electing lawmakers who will stand up for our rights rather than sell us out.”

“Brett Kavanaugh has been granted the opportunity to ensconce President Trump and Vice President Pence’s hate-fueled anti-LGBTQ agenda on the nation’s top court for decades to come, threatening the hard-won rights of women, LGBTQ people, immigrants, and all vulnerable people,” Ellis said in a tweet. “We must turn our attention to the ballot box in November to protect and preserve our most deeply held American values, and resist the tyranny of the Trump Administration.”

We must turn our attention to the ballot box in November to protect and preserve our most deeply held American values, and resist the tyranny of the Trump Administration.

Shannon Minter, Legal Director of the National Center for Lesbian Rights, called the vote a “blow to the legitimacy of the Supreme Court” in a statement issued after the vote.

“Today’s Senate vote is a slap in the face to women and all sexual assault survivors. It is also a blow to the legitimacy of the Supreme Court. Kavanaugh’s belligerence and hyperpartisan attacks at last week’s hearing do not reflect the temperament or impartiality required for a lifetime appointment to our nation’s highest court,” Minter said. “Our nation’s strength lies in our system of checks and balances, in which courts enforce constitutional limitations on the powers of the other branches and ensure that governments respect the freedom and equality of women and minorities. The appointment of an openly partisan nominee threatens that balance and poses a danger to the equal rights of women, religious minorities, people of color, and LGBT people.”

Minter also blasted Collins for supporting Kavanaugh, calling her belief that Kavanaugh will uphold the Affordable Care Act and protect reproductive freedom “out out of step with his judicial record and his strong support from extremist groups that seek to gut these critical protections.”

“Today the United States Senate failed the American people,” Minter continued, “by confirming to the Supreme Court an individual unsuited to a lifetime appointment to a position that will affect the lives of everyone in this country.”