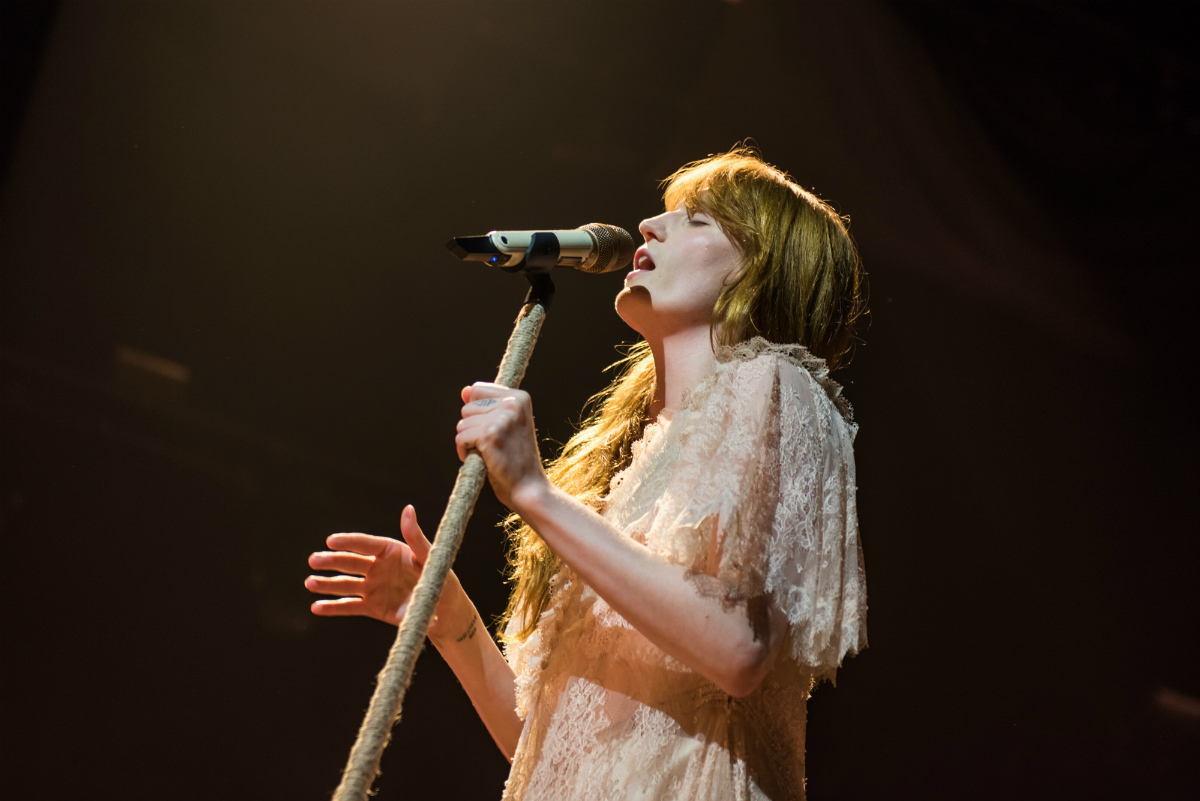 “Florence is gonna blow your shitty, fucking minds.” So declared the magnificent Beth Ditto as she wrapped her opening set, before headliners Florence + the Machine took the stage at the Anthem for the D.C. leg of their High as Hope tour (

). Were minds then blown by the superstar siren from South London? Well, mind-blowing would be an overstatement, but surely souls were lifted.

Initiating liftoff, Ditto first clipped through a brief but rousing run of tunes repping both her stint as lead singer of the dance-rock outfit Gossip and her career as a solo artist. Brassy in voice and attitude, the Arkansas-bred belter hit a beat-stomping high with “Listen Up!,” a track from Gossip’s acclaimed 2006 LP Standing in the Way of Control.

Riding heavy grooves put down by bassist Teddy Kwo, Ditto followed up with another Gossip-era favorite, “Heavy Cross,” dedicating the song to her genderqueer best friend. On that empowering note, Ditto ceded the Anthem to Florence + the Machine, who kept the power flowing.

And the fabrics flowed too, billowing from the ceiling over the stage, and adorning lead singer Florence Welch, who emerged sylph-like in a white diaphanous gown to open with “June,” the lead tune on the band’s latest album, High as Hope. 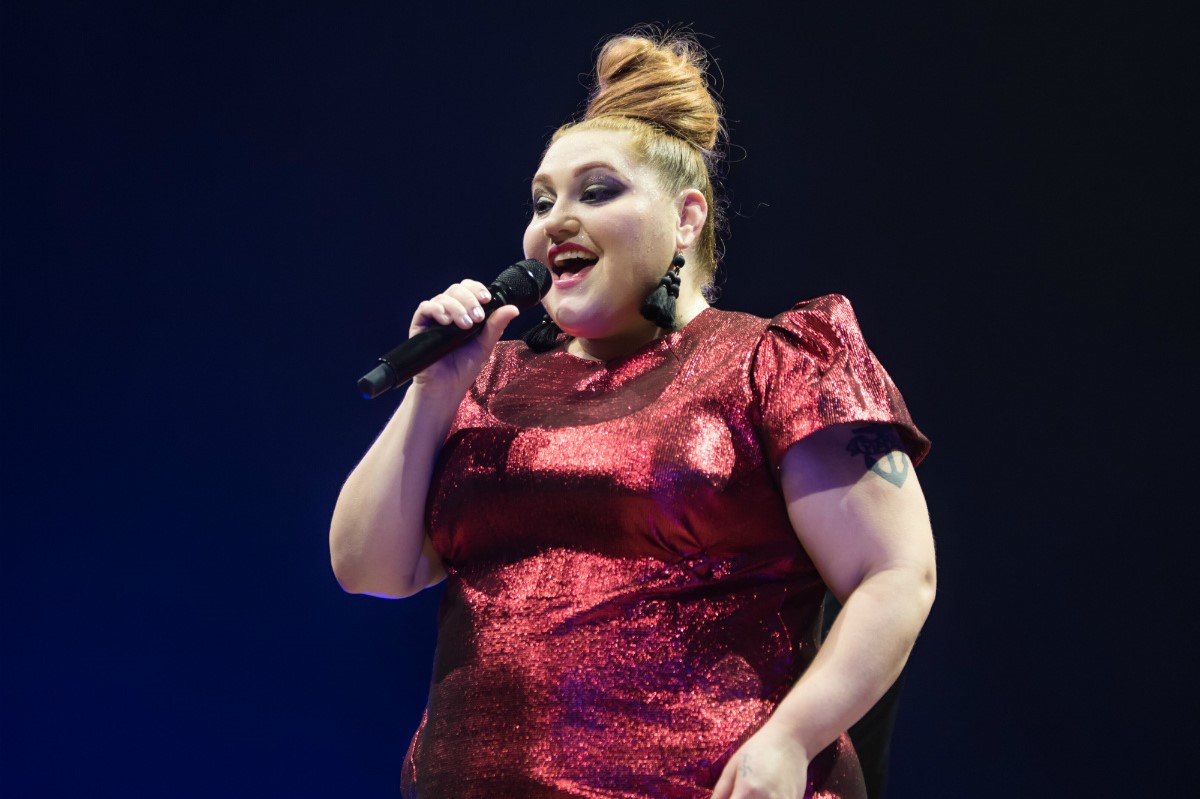 Rising on a chorus that urges “Hold on to each other,” the song was an apt starter for an evening marked by Welch’s flair for bringing her audience together. Wielding a songbook of gorgeously melodic, midtempo power-pop built to propel Welch’s soaring vocals, the band materialized a sort of sing-along, clap-along church with Florence as the twirling preacher woman.

The songs sent a message of hope, of we’ll all get through this, whether this was the self-destructive cycle of “Hunger,” or the self-sabotage chronicled in “Ship to Wreck.” Between songs, Welch added an actual “We’ll get through this,” in response to that day’s Kavanaugh nomination developments. She thanked the D.C. crowd for rolling with the evening’s “healing, juicy, feminine energy.” Her audience understood, and received her as loud and clear as her powerful voice.

There were no pauses for costume changes, or grand effects. Welch’s voice was the effect the audience wanted to experience. Fans at the front bestowed gifts upon her — she bestowed her own with a performance that was as piercing during the encore as on the first song. 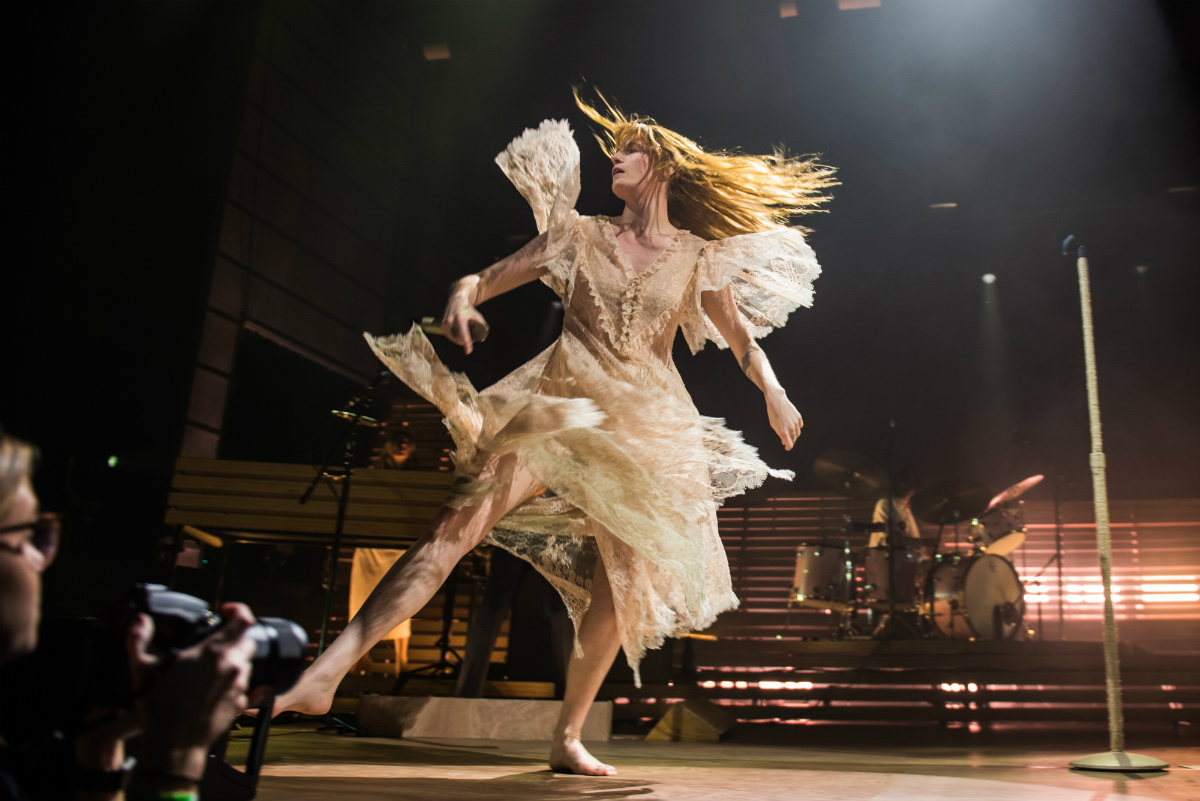 Florence stirred lyrics into a beckoning, while the Machine supplied a steady drumbeat and lush arrangements leaning on harp and strings. They were the solid ground she leapt and flew from as she led the crowd through her breakout hit “Dog Days Are Over,” and the tambourine-shaking crescendo of “Delilah,” a gem from High as Hope.

The high note she hit at the climax of “Cosmic Love” sent shivers through the hall, and maybe even blew a few minds.

Florence + the Machine’s High as Hope tour continues throughout the U.S., including dates in New York 10/09, Boston 10/12, and Philadelphia 10/14, then travels to Europe and Australia.

André Hereford covers arts and entertainment for Metro Weekly. He can be reached at ahereford@metroweekly.com. Follow him on Twitter at @here4andre.
← Previous Story Music Review: Tall Heights’ “Pretty Colors for Your Actions”
Next Story → NSO Pops performs live alongside The Empire Strikes Back