By Doug Rule on November 1, 2018 @ruleonwriting 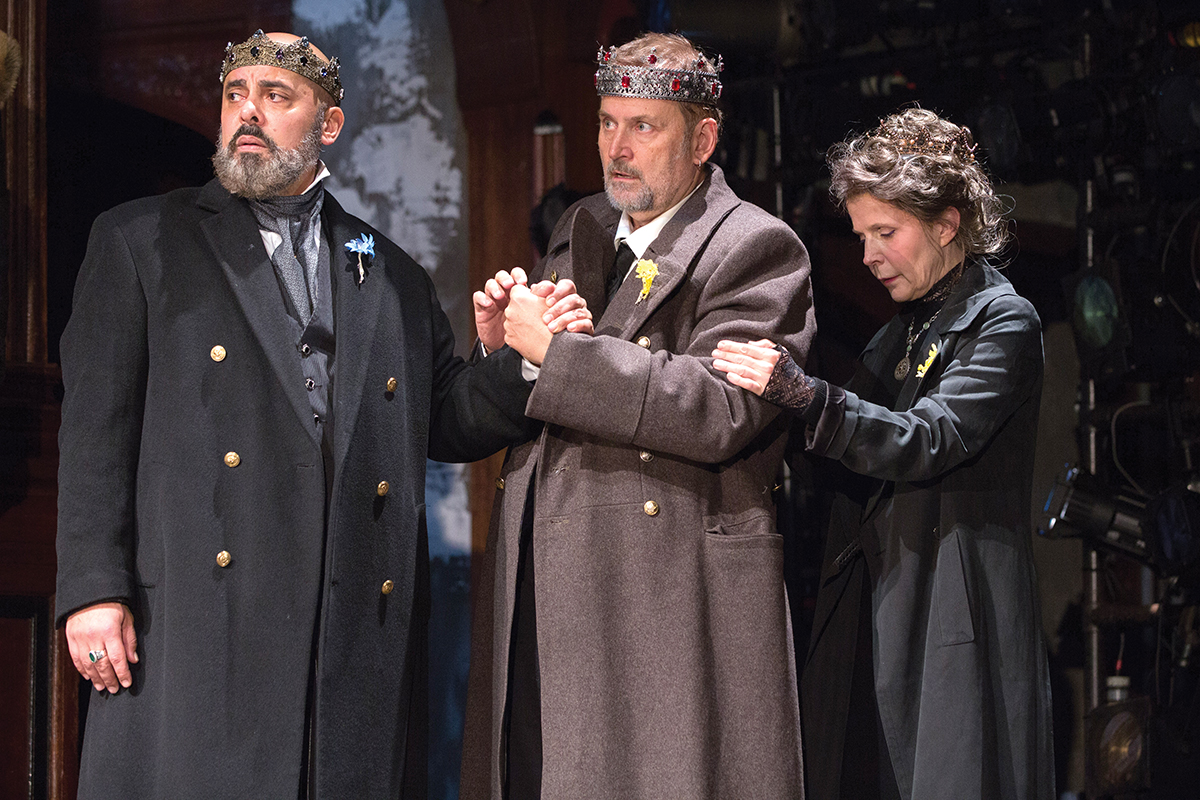 He may be king, but unlike his older brother Richard the Lionheart, John has no stirring nickname or truly loyal following, with everyone from the Pope to his own court seeming to think his crown is up for grabs. Aaron Posner directs a rarely staged but timely history play by Shakespeare about a toxic era of secret deals, threats of mass destruction, and shifting loyalties. Brian Dykstra plays the King in a gender-bending production that also features Kate Eastwood Norris, Holly Twyford, and Megan Graves. To Dec. 2. Folger Theatre, 201 East Capitol St. SE. Tickets are $42 to $79. Call 202-544-7077 or visit folger.edu. 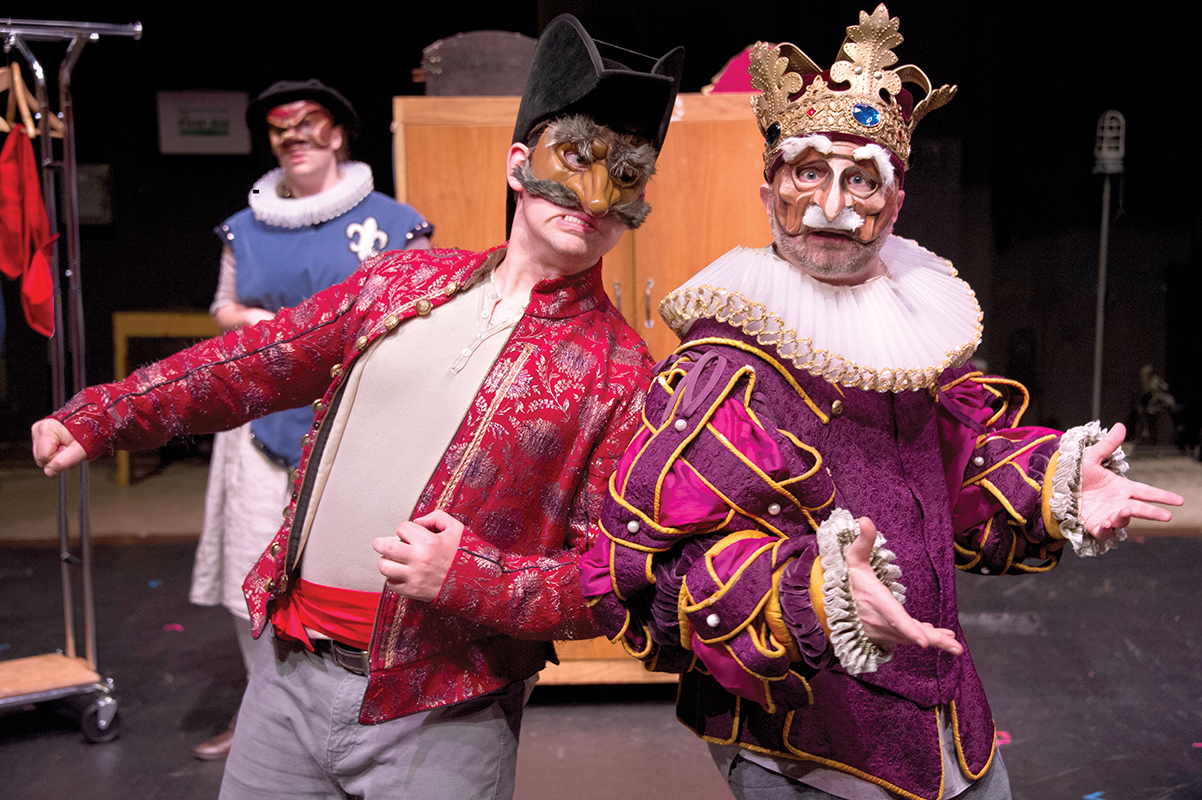 Faction of Fools, D.C.’s commedia dell’arte theater troupe, builds on their success with past spins on Shakespeare to tackle one of the bard’s most theatrical plays, and the company’s first staging of his “history” plays. Paul Reisman helms the production, bringing a little commedia magic, via masks and bits of witty improvisation, to the cavalcade of over 50 characters that appear in Henry V. To Nov. 11. Gallaudet University’s Elstad Auditorium, 800 Florida Ave. NE. Tickets are $18 to $22. Call 202-651-5000 or visit factionoffools.org. 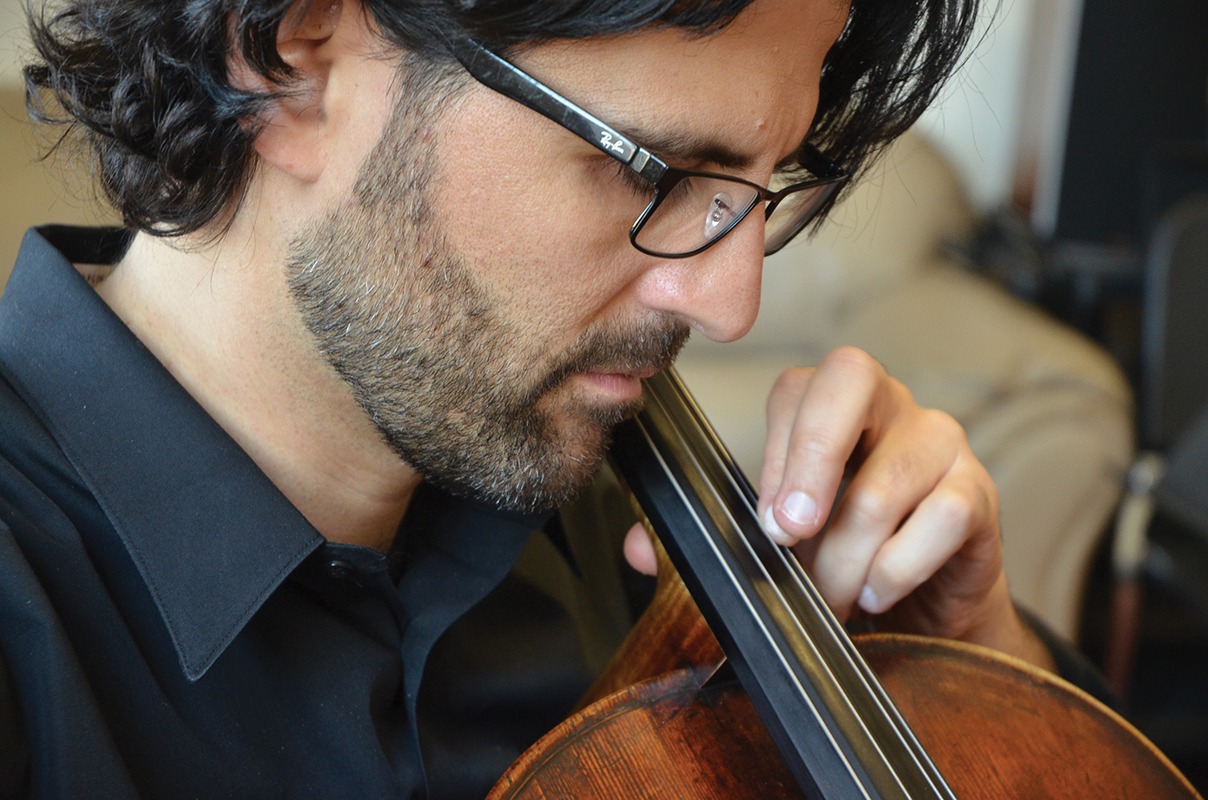 Considered one of the most influential classical musicians today, the renowned cellist joins the Fairfax Symphony Orchestra to share his artistry with the historic 1733 Gofriller Pablo Casals cellos. Peled performs Tchaikovsky’s Variations on a Rococo Theme as part of a program that also includes Beethoven’s Symphony No. 4 and Bruch’s Kol Nidrei. Christopher Zimmerman conducts. Saturday, Nov. 3, at 8 p.m., preceded by a discussion with the artists and Zimmerman at 7 p.m. The Concert Hall in the George Mason University Center for the Arts, 4373 Mason Pond Drive, Fairfax. Tickets are $39 to $50. Call 888-945-2468 or visit cfa.gmu.edu. 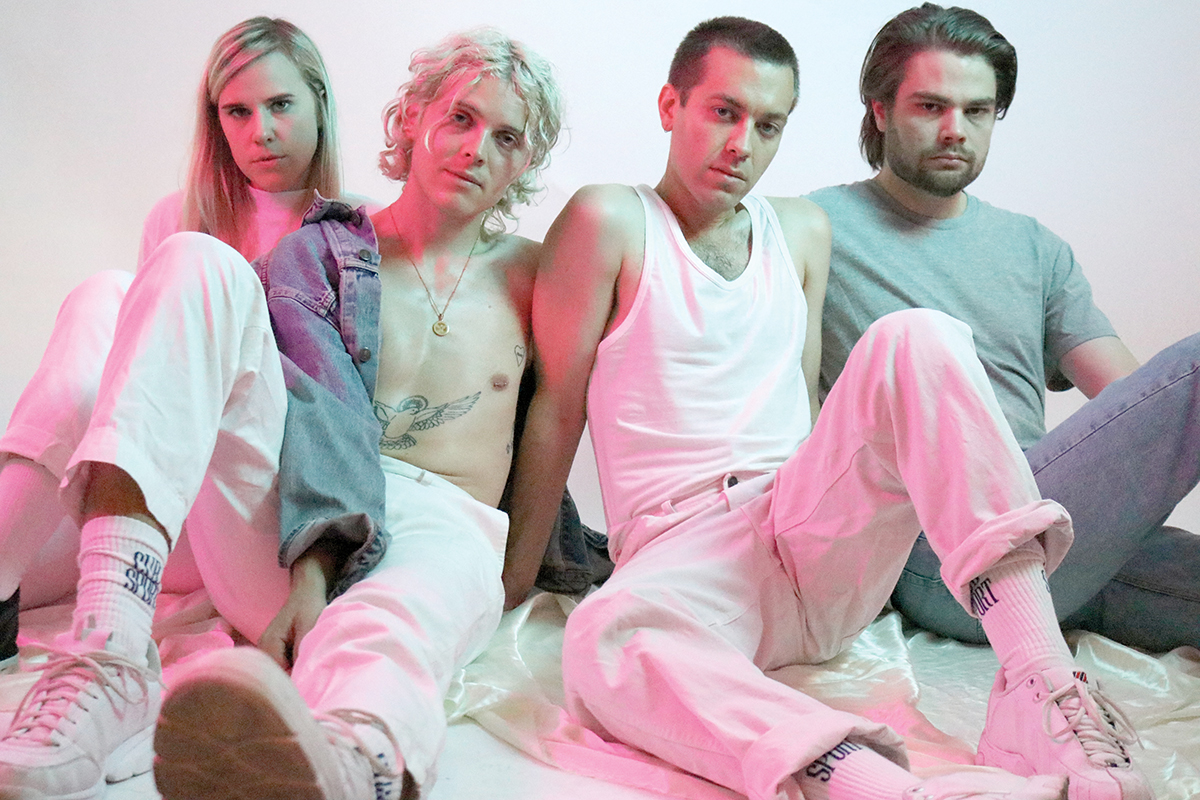 Singer-songwriter Tim Nelson leads the moody alt-pop group from Australia that also includes Nelson’s husband, keyboardist Sam Netterfield, along with keyboardist/guitarist Zoe Davis and drummer Dan Puusaari. The group has picked up steam since the release of last year’s impressive Bats, with its atmospheric yet soulful slow-burn songs in the mold of queer forebears George Michael and Frank Ocean. Nelson touches on coming out and commitment in honest, heartfelt lyrics, from the gospel-inflected first single “O Lord” to “Crush,” the video for which shows Nelson and Netterfield shirtless and getting intimate. Monday, Nov. 5. Doors at 7 p.m. Songbyrd Music House, 2477 18th St. NW. Tickets are $13 to $15. Call 202-450-2917 or visit songbyrddc.com. 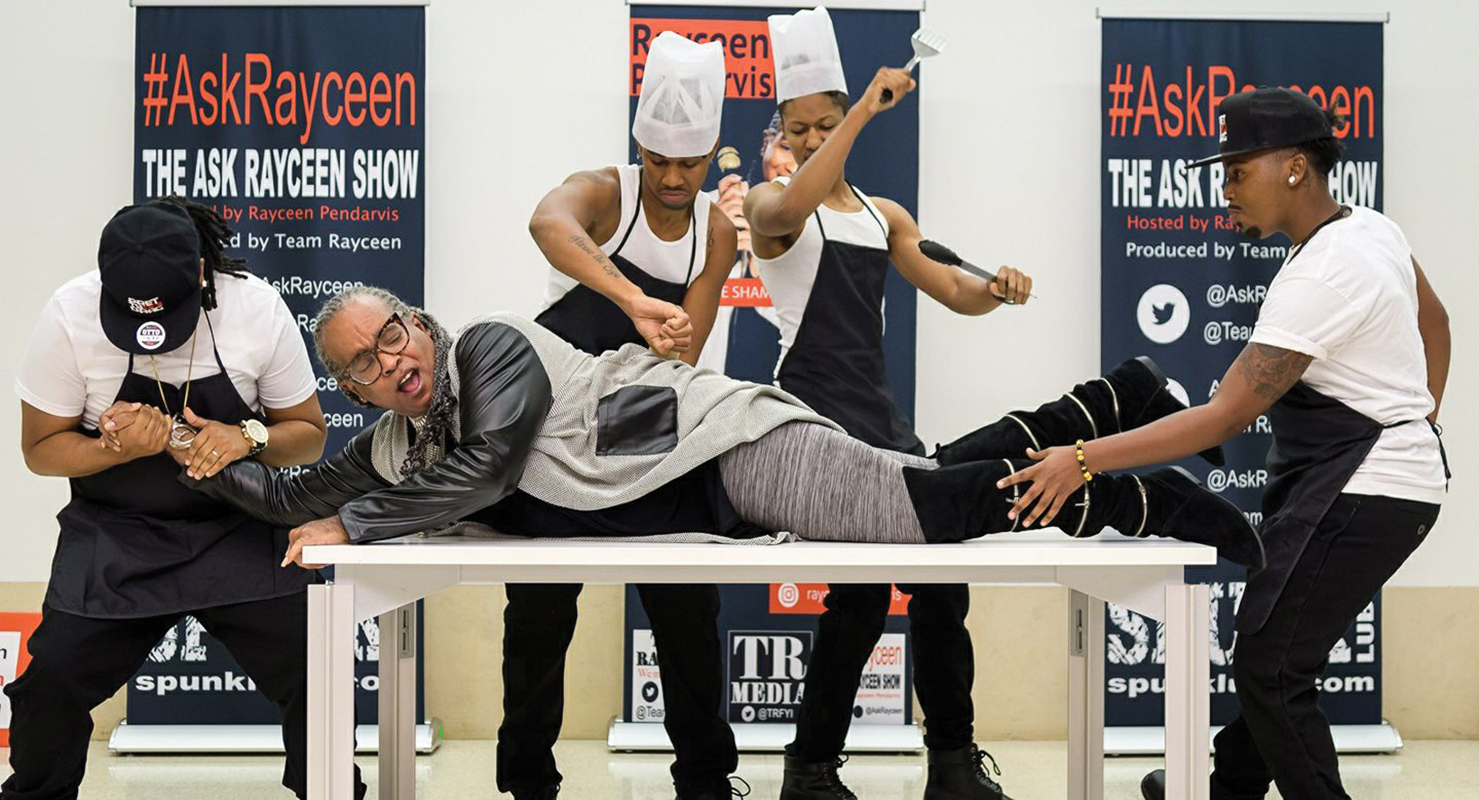 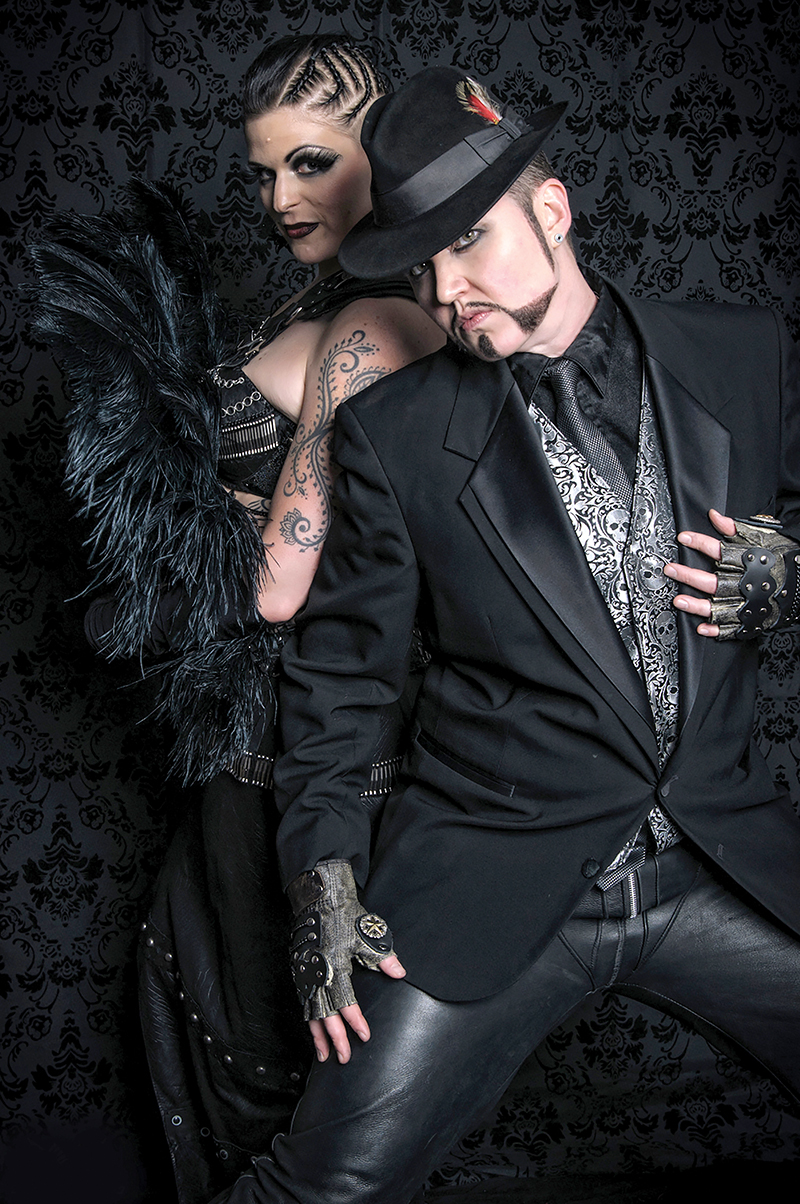 Local married couple Belladonna and drag king Ken Vegas co-produce a wide-ranging show, rooted in Bella’s primary work as a “tribal fusion bellydance” performer and teacher, as well as her background as a medieval reenactor. Bella hosts the 7th Annual cabaret, concert, and carnival event with a Day of the Dead-esque theme about celebrating and affirming life. Saturday, Nov. 3, starting at 5 p.m. with an alt-World’s Fair-style exposition and sideshow, including Tarot readings, magic, and belly dancing, followed by a dinner concert at 6:30 p.m., and the Cabaret Melancholia at 7:30 p.m. The Birchmere, 3701 Mount Vernon Ave., Alexandria. Tickets are $25. Call 703-549-7500 or visit ravensnight.com. 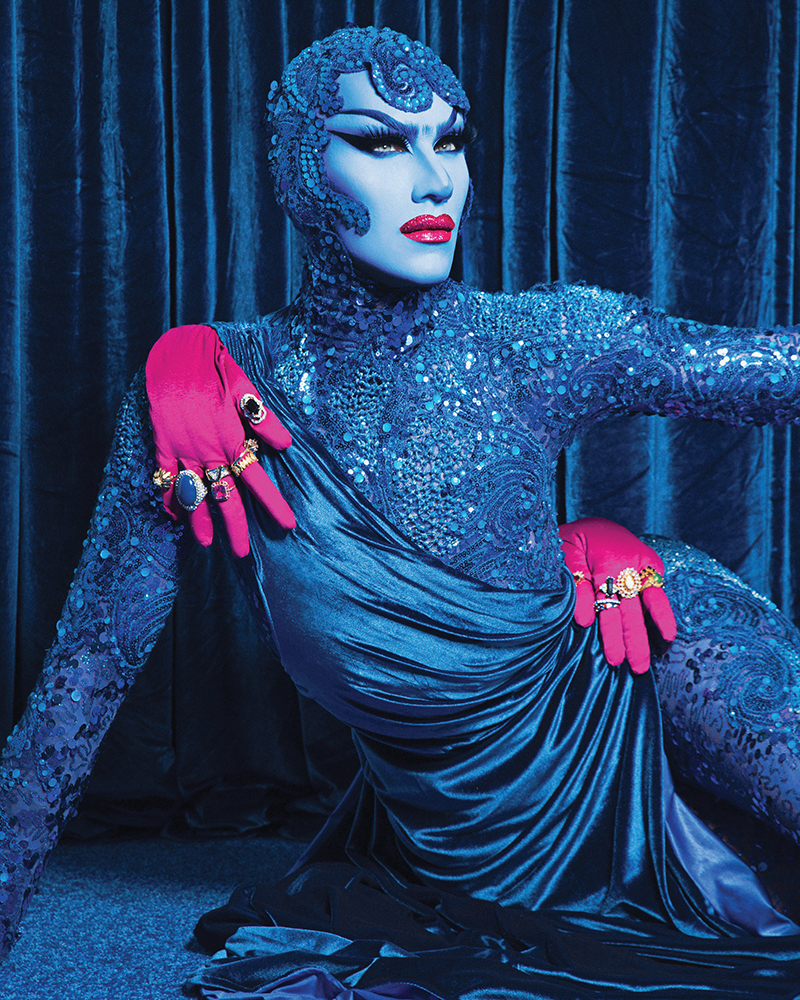 RuPaul’s Drag Race Season 9 winner Sasha Velour, Black Girl Ventures founder and LGBTQ advocate Shelly Bell, New York Times columnist David Brooks, NASA astrophysicist and Jupiter mission director Scott Bolton, Beats by Dre co-founder IZ Avila, feminist grassroots organizer Mily Treviño-Sauceda, and Google X’s “mad scientist” Rich Devaul are among the 30 artists, scientists, and influencers touted as “2018’s Biggest Thinkers” set to converge on the National Mall next month. Long Conversation is an unscripted, unmoderated day-long gathering centered on randomized, two-person, relay dialogues likened by organizers as an amalgam of “the best dinner party, TED talk, and speed dating [session] you could ever put together.” The event is geared toward imagining a brighter future by exploring game-changing ideas in areas as diverse as cancer research, democratic politics, performance art, and the queer community, among others. The event will be live-streamed via Facebook and is complemented by futuristic art installations drawing from science and technology, as well as culinary pop-ups featuring food from chef/restaurateur Spike Gjerde of Rake’s Progress and cocktails from Republic Restoratives available for purchase. Wednesday, Dec. 7, from 2 to 10 p.m. in the Art & Industries Building, 1000 Jefferson Dr. SW. Tickets, granting entry in staggered, two-hour sessions, will be available starting this Monday, Nov. 5. Call 202-633-1000 or visit si.edu/longconvo for more information. 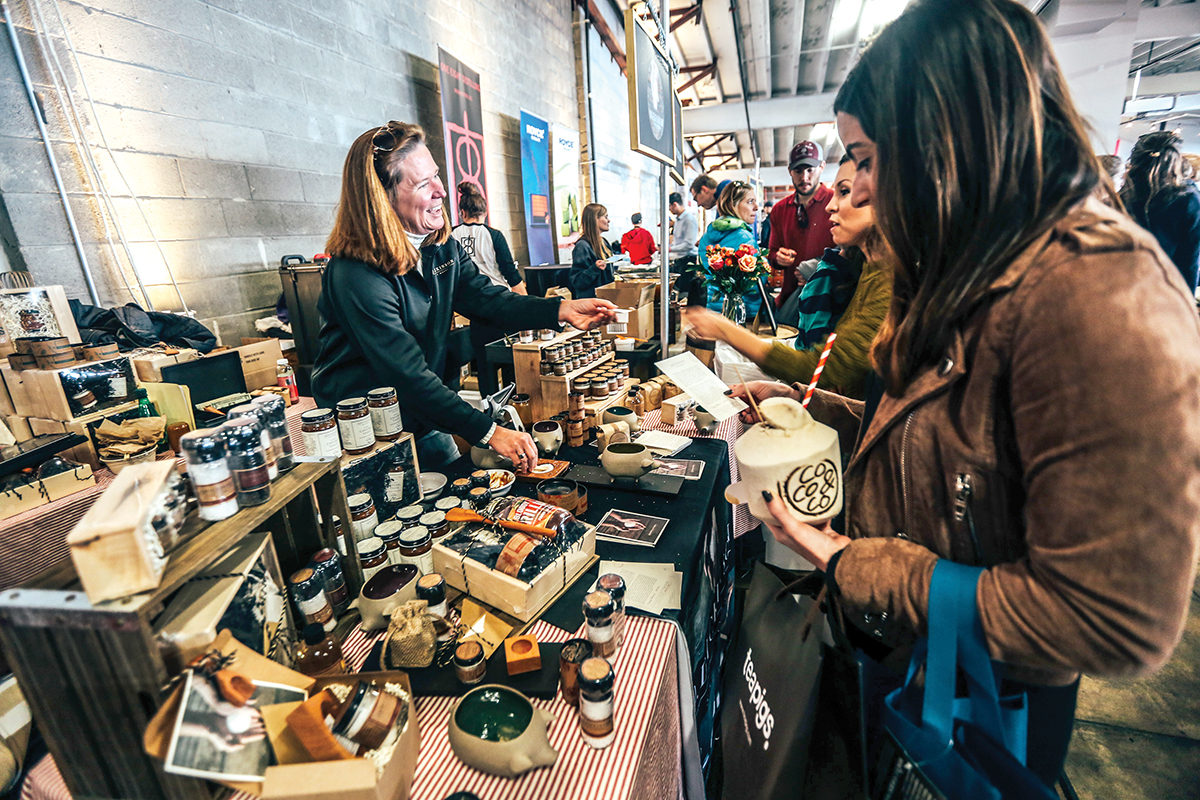 Union Market is a haven for foodies year-round, but one weekend every November it becomes a veritable foodie’s paradise. In addition to the regular merchants and food stalls inside the Market proper, over 100 artisans, producers, chefs, and restaurants from around the Mid-Atlantic also set up booths behind the market to sample and peddle their latest wares and fares. It’s a good assortment of tasty edibles and thoughtful gifts, for friends and family — and yourself. A sampling of the more intriguing vendors on hand this year include Hubert’s Lemonade, Ice Cream Jubilee, Hot Little Biscuit, Buttercream Bake Shop, Republic Restoratives, La Vache “microcreamery,” the deli Call Your Mother, Sweet Sticks pudding, Crude bitters and sodas, Chick’nCone, Colada Shop, Maryland ChickAn, Ramen Burger, Shouk, True Chesapeake Oyster Co, and Undercover Quinoa Co. The Emporiyum launches with a preview party Friday, Nov. 9, starting at 6 p.m. The Emporiyum is Saturday, Nov. 10, and Sunday, Nov. 11. Dock5 at Union Market, 1309 5th St. NE. General admission per day is $25 for admission at 11 a.m., $20 at 12:30 p.m., or $15 at 1:30 p.m., or $40 for VIP access at 10 a.m. with special bites and sips, and a gift bag; the Friday party is $50, or $80 with an All-Access Weekend Pass. Call 800-680-9095 or visit theemporiyum.com.