By John Riley on November 23, 2018 @JohnAndresRiley 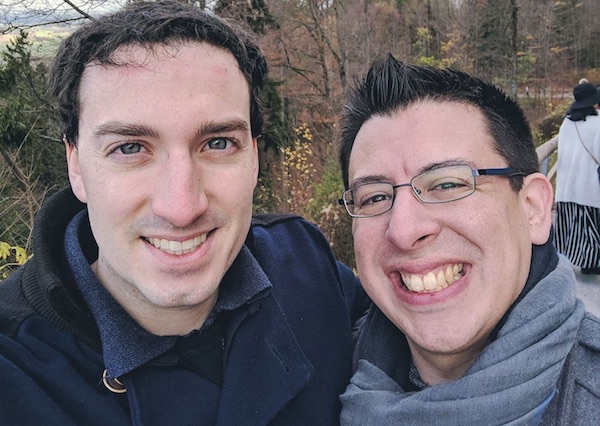 When all votes were tallied, a married gay couple who ran as part of the D.C. Libertarian Party’s all-gay slate outperformed the Republican Party in the District’s 2018 elections.

The two other citywide Libertarian candidates, Martin Moulton and Bruce Majors, won 7,569 votes and 4,034 votes, respectively, in their races for mayor and the District’s non-voting delegate to Congress.

“We think an all-gay slate running for office in our nation’s capital is unprecedented,” Libertarian National Committee Chair Nicholas Sarwark said in a statement. “When it comes to respecting the rights of all the people, all the time, we put our money where our mouth is.”

D.C.’s all-gay Libertarian slate was a historic first, following in the footsteps of the national party, which was the first political party to endorse marriage equality, nearly three decades before the Democratic Party did in 2012. The Libertarian Party was also the first party to run an openly gay presidential candidate, John Hospers, in 1972. Hospers’ running mate, Theodora “Tonie” Nathan, was the first female Jewish candidate for vice president, another historic first.

“We’re proud to accept members of any and all minority groups who have been historically oppressed by government discrimination,” Sawark said. “Immigrants, racial minorities, religious minorities, sex-workers, transgender people, recreational drug users, open-carry advocates, gamblers — we don’t care what your lifestyle choices are.”

In the end, Sarwark believes that any of the four candidates put up by the party this year would have made exceptional public servants, pointing to their campaign promises to provide oversight, crack down on overspending and financial mismanagement, and expand school choice. He said he expects the number of Libertarian candidates to increase exponentially in future cycles.

“Libertarians insist on a few fundamental principles,” Sarwark said. “Don’t hurt people. Don’t take their stuff. Don’t defraud them. Don’t hire politicians or bureaucrats to do these things for you. We congratulate our all-gay D.C. slate of candidates for their fine performances representing these Libertarian values.”

John Riley is the local news reporter for Metro Weekly. He can be reached at jriley@metroweekly.com
← Previous Story Helping Hands: Wealth of options for LGBTQ volunteering in DC
Next Story → World AIDS Day 2018: A Guide to DC-Area Events