A refreshed John Waters Christmas returns to the Birchmere

By Randy Shulman on December 13, 2018 @RandyShulman 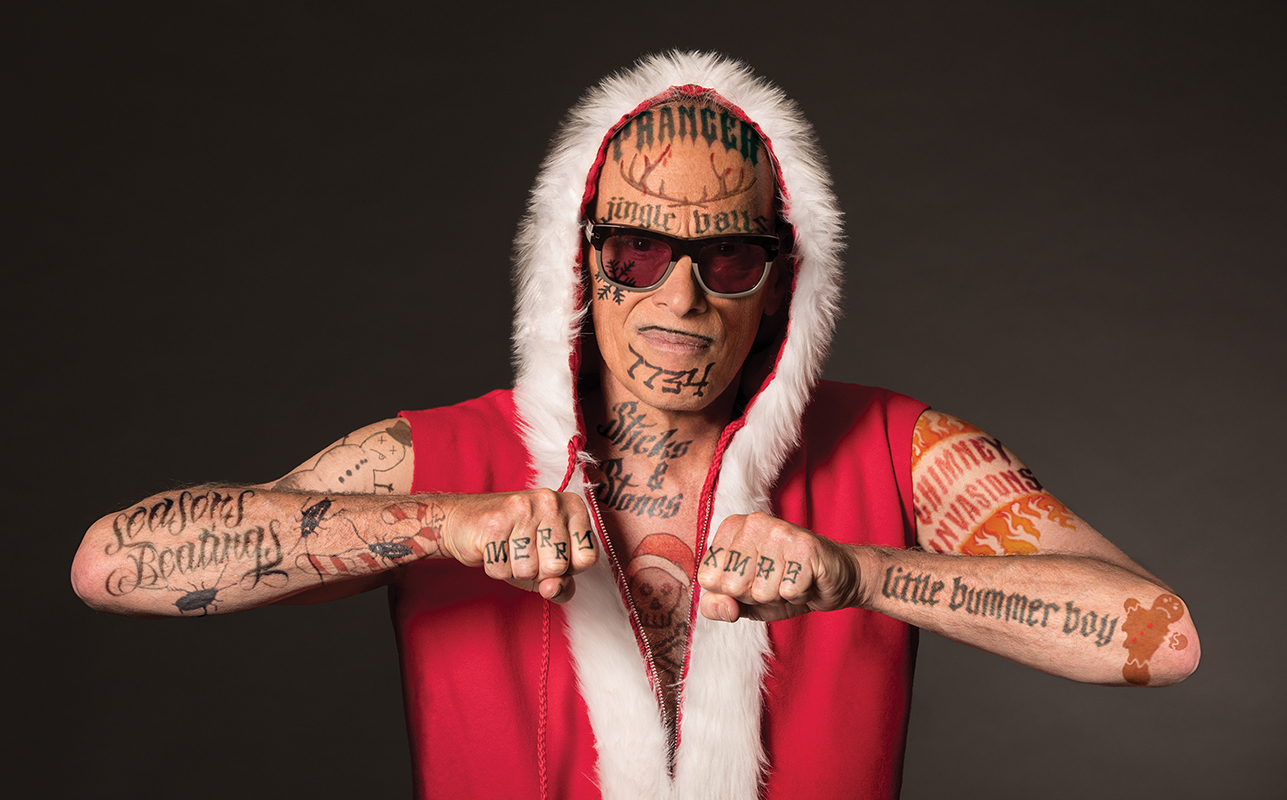 With the holidays come good tidings, eggnog and candy canes, strategically placed mistletoe, and elaborately decorated fir trees. The holidays also draw John Waters, like a Santa fridge magnet, back to The Birchmere, where the legendary director of Hairspray and Pink Flamingos, and national purveyor of pop trash culture, puts his unique spin on the season in A John Waters Christmas.

Those who attend the event annually — and you know who you are — don’t get a repeat performance. Instead, he takes great pleasure in rewriting the 90-minute, one-man monologue every year.

“The skeleton of it might be the same,” he says, “but if you got the same present every year, it would kind of be dull.”

Waters usually pens the Christmas show in July while vacationing in Provincetown. But this year, he was putting finishing touches on a new book — Mr. Know-It-All (“It’s my advice on everything.”) — to be released in May, so this year’s show didn’t hit paper until September.

He concedes his filmmaking years are behind him. “My books seem to do better, and the independent film world I knew is gone. I could get a movie made tomorrow — [the studios] would do it for a million dollars. But I can’t. I’ve made 17 movies — what am I gonna say to people? Will you work for nothing? People say, ‘Why don’t you use Kickstarter?’ I own three homes — I’m not begging.” He sighs. “It’s hard to be a 72-year-old anarchist. And I don’t want to go backward.”

Waters refrains from discussing politics in interviews, preferring to save the material for his shows. However, he does let slip that one of the bits in this year’s Christmas show outlines “every single thing I would do if I was president.”

“I tell you everything,” he says. “My cabinet. Who’s gonna be vice president. My first lady. My medical plans. Everything I’m gonna do as president,” he says, adding that after the election of Donald Trump, it became clear to him that “anybody can win, obviously. So maybe somebody will back me. I’ll start raising money the day after the tour’s over.”