BRUHS invites the D.C. community to celebrate the first day of Kwanzaa

By John Riley on December 20, 2018 @JohnAndresRiley 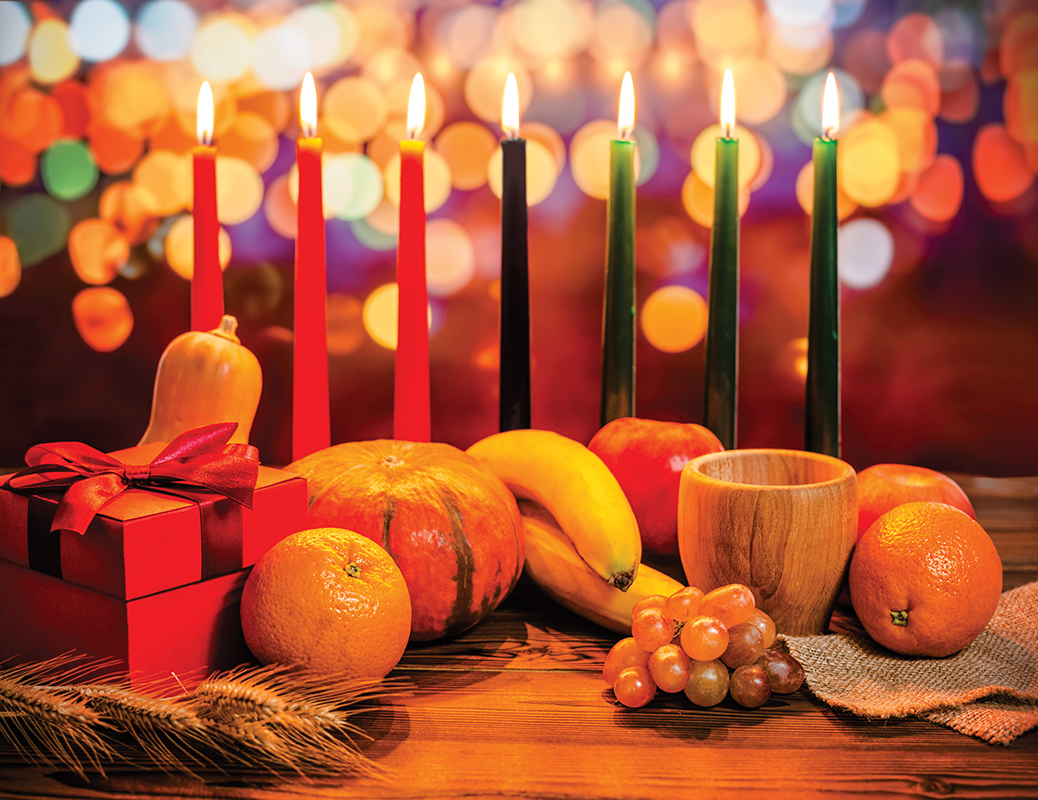 “The majority of Kwanzaa is focused around African-American families, but we want to expand our understanding of the holiday to include families within the LGBT spectrum,” says Darrell Johnson, a co-founder of Book Reading Uplifts His Spirit (BRUHS).

On Dec. 26, the LGBTQ book and film discussion group historically geared toward same-gender-loving men of color, will celebrate the first day of Kwanzaa and the lighting of the first candle on the kinara, or ceremonial candle-holder.

Inspired in part by African traditions, each candle represents one of seven communitarian principles on which the holiday is based, with the first being “umoja,” or unity within the family, community, nation, and race.

“Kwanzaa isn’t really so much religious as spiritual,” says Johnson. “There’s nothing pertaining to the Bible or passages relating to any kind of religious connotation.”

Johnson says that while Kwanzaa is typically celebrated over seven days, BRUHS emphasizes the first day so as not to conflict with people’s New Year’s plans. As a result, the group has a chance to draw a larger crowd to The DC Center and educate them about the holiday.

“One of the key parts of BRUHS is having discussions with people about ideas,” says Johnson. “The event is open to the public. We’re not trying to be exclusive at all. And if everybody comes, we’ll be able to have discussions about the holiday and the seven principles of Kwanzaa.”

Attendees are encouraged to bring a potluck dish or refreshments, though store-bought or handmade gifts are accepted as well. BRUHS has also extended invitations to several queer writers and artists who have appeared before the group for book and film discussions.

“We wanted to invite guests who have written, published, or produced in the past year, and have them tell us about their upcoming works,” says Johnson. “We’re not only celebrating Kwanzaa, but trying to tie in the close of 2018 and talk about some of our plans for next year.”

Umoja: A Kwanzaa Celebration is Wednesday, Dec. 26 from 6:45 to 9 p.m. at The DC Center, located inside the Reeves Municipal Building, 2000 14th St. NW. For more information and a list of upcoming monthly meetings, visit facebook.com/BRUHSDC.

John Riley is the local news reporter for Metro Weekly. He can be reached at jriley@metroweekly.com
← Previous Story VIDEO: Floriana’s Nancy Pelosi tree celebrates the women of Congress
Next Story → GoGayDC serves as a social hub for LGBTQ people from across the D.C. Metro area