Asked about running for president, Booker said: "Every candidate should run on their authentic self" 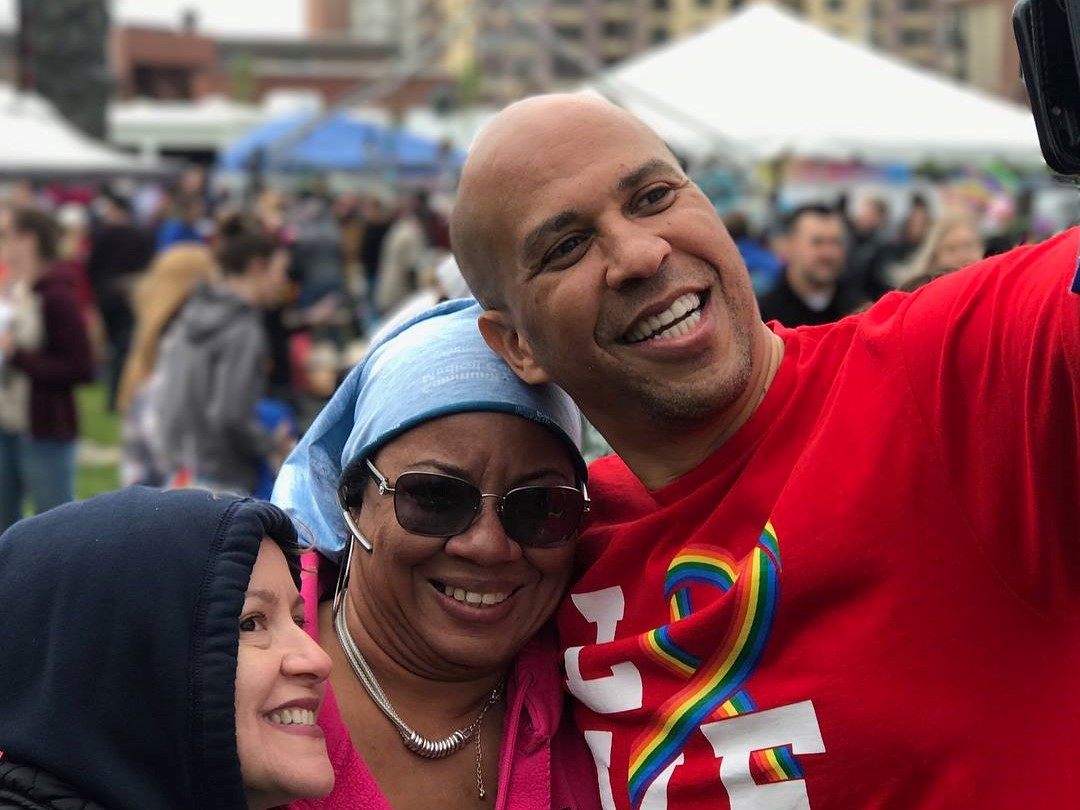 Sen. Cory Booker has offered a definitive answer to persistent questions about his sexuality, telling the Philadelphia Inquirer: “I’m heterosexual.”

The New Jersey Democrat, widely considered to be a 2020 presidential candidate, has long dealt with rumors and speculation about his sexuality due to his unmarried status and support of the LGBTQ community.

But he tried to finally put those questions to bed in his Inquirer interview.

“I’m heterosexual,” he said. “Every candidate should run on their authentic self, tell their truth, and more importantly, or mostly importantly, talk about their vision for the country.”

Asked about whether his personal life could impact a potential presidential run — particularly from the insult-prone Trump — Booker was unconcerned.

“I’m going to run on who I am, whether that’s running for reelection [to the Senate] or running for president,” the 49-year-old told the Inquirer. “I’ve always trusted the voters enough to evaluate me on the content of my character, quality of my ideas, and my ability to do the job.”

However, Booker refused to commit to answering whether or not he would run, instead saying he will make his mind up while at home for the holidays — though he acknowledged if he did run, it would be “an incredibly serious challenge to take on.”

In 2013, Booker told the Washington Post that the rumors surrounding his sexuality gave him the opportunity to combat homophobia.

“People who think I’m gay, some part of me thinks it’s wonderful,” he said. “Because I want to challenge people on their homophobia. I love seeing on Twitter when someone says I’m gay, and I say, ‘So what does it matter if I am? So be it. I hope you are not voting for me because you are making the presumption that I’m straight.’”

And in 2016, he clapped back at a homophobe on Twitter with a message of love.

After Booker celebrated National Coming Out Day by sharing a Dr. Seuss poem, one user responded with a poll asking people to vote on whether or not he was a “closet homosexual,” writing that the Senator has “NO WIFE, NO GIRLFRIEND, Very very Pro LGBT.”

The survey offered two responses: “Has Sugar in his tank YES” and “No just doesnt [sic] like women”.

Booker offered a simple response: “Whatever my sexual orientation, know I love you. I hope u are OK with that. May we both elevate more than denigrate.”

In the Senate, Booker has repeatedly stood up for LGBTQ rights, including pressing Donald Trump’s nominees on their support — or lack thereof — of LGBTQ people.

During Brett Kavanaugh’s confirmation hearings, Booker joined Sen. Kamala Harris in probing Kavanaugh’s anti-LGBTQ past. Booker focused on whether Kavanaugh believed it should be legal to fire someone for being gay — something the now Supreme Court Justice refused to give a direct answer on.

And in April, Booker grilled Secretary of State Mike Pompeo, then a nominee for the position, on whether he still believed that being gay was a “perversion” — a view he expressed during a speech he made as a congressman.