Lush but lacking, "Mary Queen of Scots" is the lesser of two current films set in the courts of controversial queens

The rise and fall of the royal House of Stuart took almost six centuries, but it will take moviegoers only a few brief hours, and a pair of current films, to venture from the heights of that regal line to its fateful end. As Yorgos Lanthimos’ saucy comedy The Favourite racks up awards for its depiction of Queen Anne, the last of the Stuart monarchs, another film arrives to take on perhaps the most charismatic ruler of the clan, Mary, Queen of Scots.

Based on historian John Guy’s book Queen of Scots: The True Life of Mary Stuart, the drama stars Saoirse Ronan as the 16th-century Scottish queen with legitimate claims to the throne of England. Of course, ruling over both realms would have required usurping power from Mary’s English cousin Elizabeth I, who was in no hurry to cede her crown.

Elizabeth (Margot Robbie) appears intermittently throughout Mary Queen of Scots (★★), which posits the monarchs as frenemies who share a mutual admiration. The real-life ladies might have been formidable foes from a distance, but their contest of wills doesn’t live up to its billing here.

Mary and Elizabeth spend much of their screen-time talking about one another, dictating letters to each other, or otherwise engaging through intermediaries. The bulk of the film’s drama rests not in their epistolary relationship but in marking Mary’s battles against the men in her court. The problem is that none of those men are sharply defined as characters in their own right. The film’s various lords and earls — and they all sort of run together — question Mary’s leadership as a woman and as a Roman Catholic follower of the Pope, but not one emerges in this story as a compelling dramatic foil for the headstrong queen.

In a fierce performance, Ronan asserts the monarch’s power via her commanding gaze and sharp tongue, yet her Mary is, for the most part, a gladiator with no real equal in the arena. Occasionally, the action cuts to Elizabeth, to punctuate how all the hushed scheming and plotting relates to Mary’s larger ambitions, but the cousins’ tug of war amounts to mostly background noise.

The scenes of actual war definitely amount to nothing but noise, with stiff compositions of armies on horseback trodding hither and yon but never clashing significantly. The Scottish and English scenery is gorgeous, but one still wonders why bother with action scenes that beget no action.

The film, directed by esteemed theatre vet Josie Rourke, instead gets somewhat sidetracked playing out one of the more scandalous episodes of Mary’s reign: the gruesome murder of her Italian-born advisor David Rizzio (Ismael Cruz Cordova). Mary’s close friendship with the androgynous Rizzio is viewed by her enemies in the court as a weakness worth exploiting.

Similarly, Rizzio’s seemingly too-close friendship with Mary’s second husband Lord Darnley (Jack Lowden) is viewed as a weakness that demands punishing. The movie’s treatment of homosexuality might be appropriate to the period, but it’s strikingly harsh, all the same — especially given how little the Rizzio episode has to do with understanding what might have transpired between Mary and Elizabeth.

The movie does flesh out some of Elizabeth’s strengths and vulnerabilities, but she hardly feels like a living, flesh-and-blood character. Even if Robbie cuts an imposing figure as the Virgin Queen, outfitted in the impressive finery of costume designer Alexandra Byrne (who won an Oscar for her work on Elizabeth: The Golden Age), underneath all the pomp and pageantry this is still one starchy epic.

Merely registering a succession of points on a timeline, Mary Queen of Scots pales in comparison to the livelier, more psychologically complex depiction of the court of Mary’s descendant, Anne, in The Favourite. It’s also worth noting that in that queer-friendly film, no one is stabbed to death over their sexual orientation, and the battle of wits and tactics is more evenly and entertainingly matched. 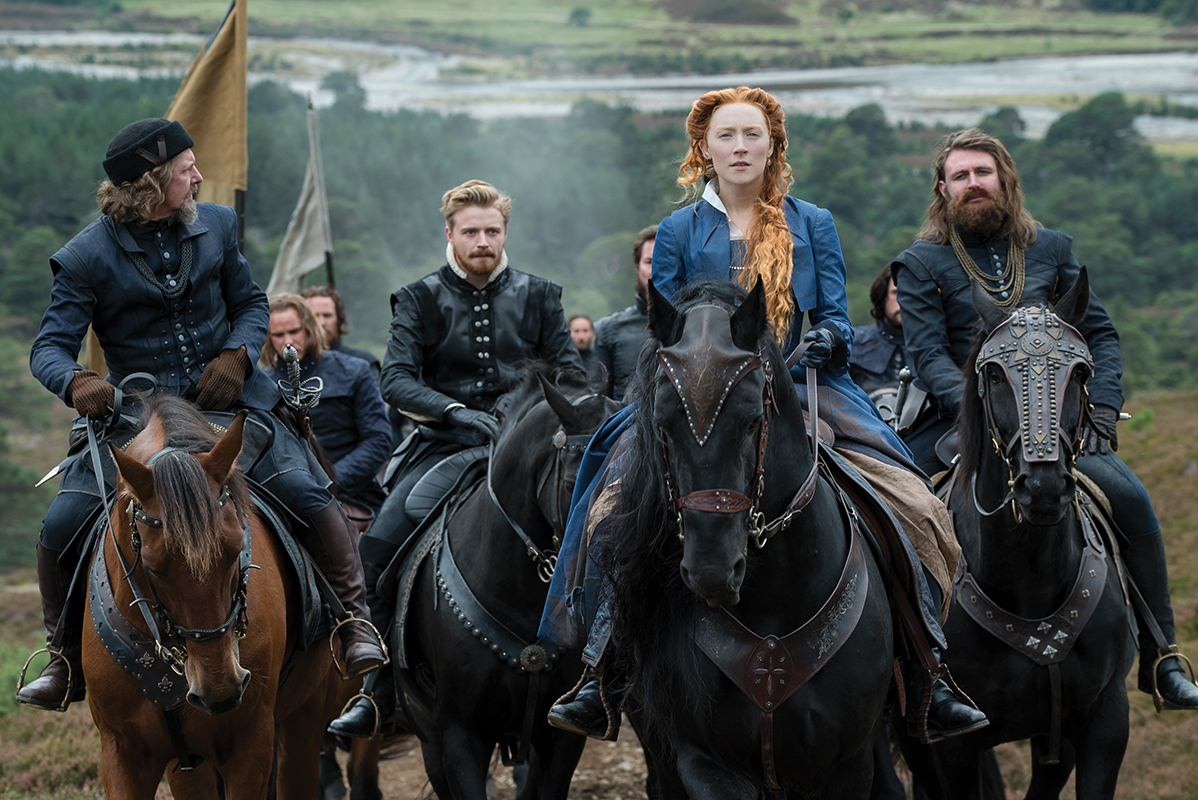