"Luther Re-Lives Holiday Concert" comes to the Birchmere on December 23, 2018 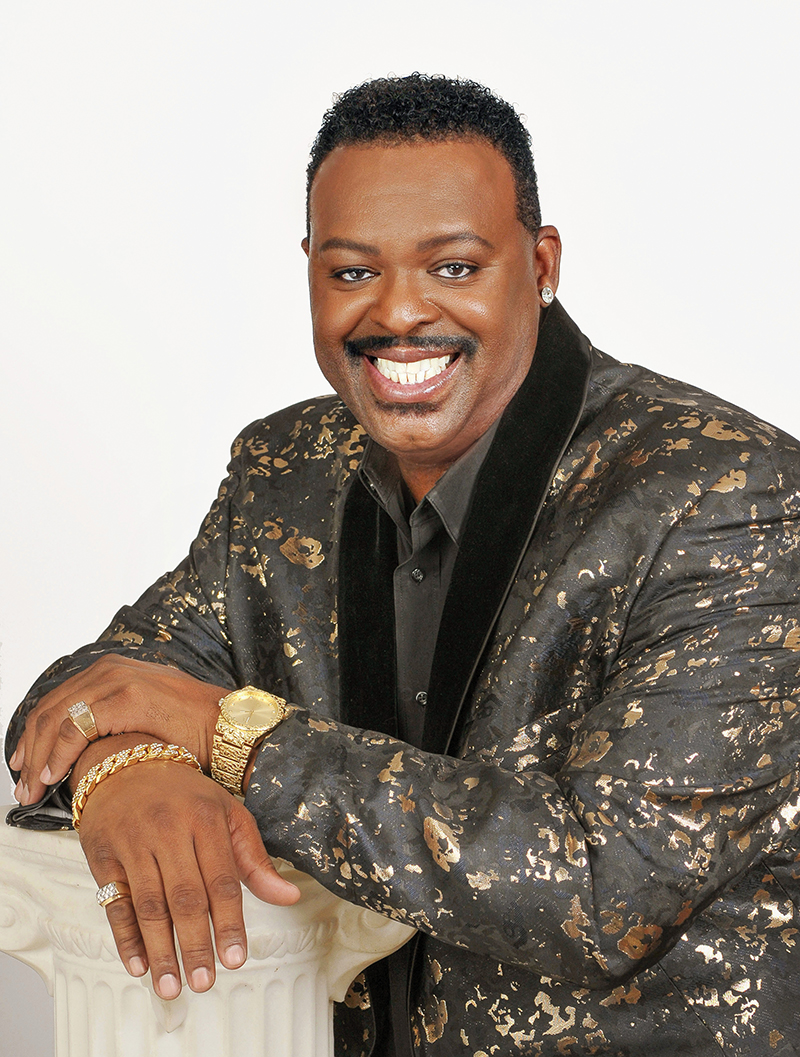 It takes some smooth crooning to come close to the vocal greatness that was Grammy-winning R&B legend Luther Vandross. But William “Smooth” Wardlaw comes close enough to live up to his billing as the featured voice of “Luther Re-Lives,” the concert experience he’s fronted for nearly a decade.

“We try not to say tribute or impersonation,” says Wardlaw. “That’s why we’re called Luther Re-Lives, because we want people to relive those moments when Luther was onstage.”

The Alexandria native relives his own love for Luther’s music and vocal prowess by performing the artist’s songs, accompanied by two backup singers and a five-piece band. The act arrives at The Birchmere for a concert of Luther classics and soulful holiday tunes.

“If you are a Luther fan, [you know] he’s done several holiday CDs, so this is what we try to bring,” says Wardlaw. “He did the traditional, and he did his own holiday songs — ‘A Christmas Heart,’ ‘Every Day, Every Christmas.’ We’re gonna be bringing those, but we’re also gonna be doing the Luther show as well.”

The show is a full, Vegas-style performance that Wardlaw says aims to recapture not just the sublime musical effect of Luther live, but also “the flamboyance, the lighting, the wardrobe.”

Wardlaw, who discovered Vandross’ music as a high schooler, is a true believer in the late legend’s talent. “I love to sing [and] I’m an admirer of good singers,” he says. “Luther just happened to be one of the best. A lot of people said that I sound just like him, even at an early age. When I got a little older [that’s] when I had people start telling me, ‘Oh man, you look just like him, and you sound just like him.'”

Wardlaw has no trouble acknowledging the mastery of the real deal, especially after he saw Vandross live in concert. “It was wonderful,” he says. “You know when you wake up for Christmas and you see your first toy? That’s how it was with me when I first saw Luther. I was just in awe. He was just an amazing performer. I try to be the same way. I want to make sure I give the people a complete performance, that I won’t be playing with their money. Luther never played with nobody’s money when it comes to performing. I’m kind of like that, too.”

André Hereford covers arts and entertainment for Metro Weekly. He can be reached at ahereford@metroweekly.com. Follow him on Twitter at @here4andre.
← Previous Story GMCW’s “Holiday Show” offers razzle, dazzle, and “Silver Bears”
Next Story → Spotlight: Gay Men’s Chorus of Washington’s ‘Working: A Musical’