By John Riley on January 31, 2019 @JohnAndresRiley 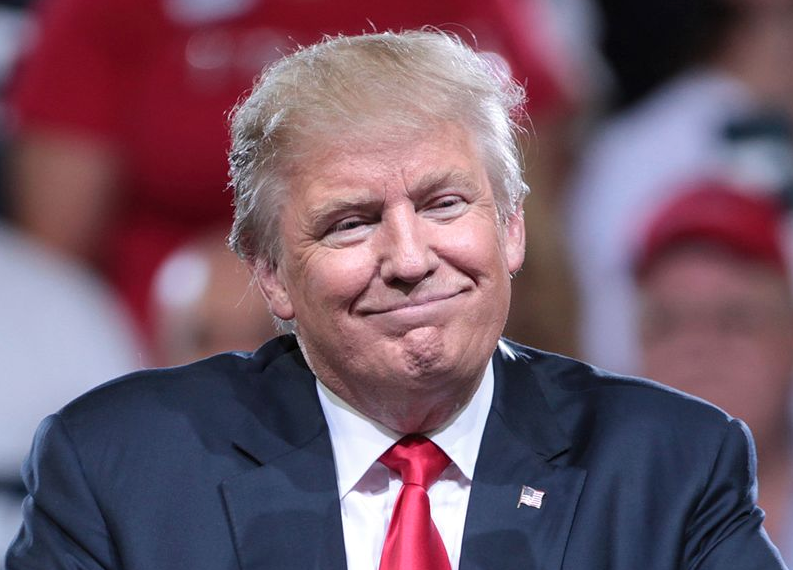 President Trump has weighed in on the recent attack against Empire star Jussie Smollett, calling it “horrible.”

Speaking from the Oval Office on Thursday morning, Trump said in response to a question about the attack: “That I can tell you is horrible. I’ve seen it … last night. It doesn’t get worse, as far as I’m concerned.”

Trump then pivoted to a talking point about the need for a barrier or wall on the southern border of the United States, seeming to link the crime against Smollett to crimes he alleges are being committed by undocumented immigrants.

The president did not elaborate further on the attack on Smollett, and was not asked any follow-up questions about the alleged motive behind the attack. According to TMZ, Smollett’s attackers allegedly told him, “This is MAGA country,” although the Chicago Police Department has mentioned no such utterance by the perpetrators in its account of the attack.

Smollett was attacked in Chicago’s downtown Streeterville neighborhood on Tuesday around 2 a.m.

According to a statement from the Chicago Police Department, two unknown offenders accosted Smollett by yelling racial and homophobic slurs at him. They then began beating him about the face and poured an unknown chemical substance on him.

At some point, one of the offenders wrapped a rope around Smollett’s neck. Surveillance video did not catch the attack, but shows Smollett leave the camera’s view, and re-enter the frame over a minute later “wearing a rope like a neck tie,” according to police.

Smollett and his manager, who claim they were talking to each other on the phone just prior to the attack, say the actor returned home and called police about 40 minutes after the attack.

Responding officers noted that the actor had cuts and scrapes on his face and a rope draped around his neck. He was hospitalized and treated for his injuries before being released.

Police say that they are investigating the incident as a possible hate crime. They say Smollett has been cooperating with local authorities to find his attackers, but has declined to hand over his cell phone to detectives, according to ABC News. 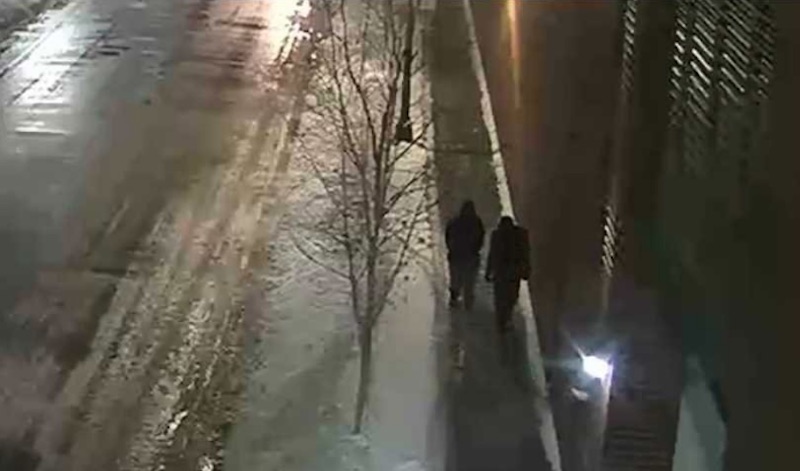 The two “people of interest” in the attack on Jussie Smollett. – Photo: Chicago Police Department

Chicago police have not yet found video showing the actual attack, but are currently sifting through footage from hundreds of public and private surveillance cameras to try and identify the men and develop a timeline of events surrounding the attack.

A Chicago police spokesman reiterated that the men are not being classified as suspects, but rather “people of interest” who were in the vicinity and may have information that could assist police in solving the crime.

Smollett’s family released a statement on Thursday expressing hope that police would be able to identify and apprehend the men behind the attack, and “bring them to justice.”

“We want to be clear, this was a racial and homophobic hate crime. Jussie has told the police everything from the very beginning. His story has never changed, and we are hopeful they will find these men and bring them to justice,” the statement says.

“We want people to understand these targeted hate crimes are happening to our sisters, brothers and our gender non-conforming siblings, many who reside within the intersection of multiple identities, on a monthly, weekly, and sometimes even daily basis all across our country,” the statement continues. “Oftentimes ending fatally, these are inhumane acts of domestic terrorism and they should be treated as such. They will continue to occur until we hold each other accountable. Make no mistake, words matter. Hateful words lead to hateful actions. Radical love is the only solution, but passivity will be our downfall. We, as a family, will continue to work for love, equity and justice until it reigns supreme in our nation and all over the world.”

Smollett has been an outspoken advocate for LGBTQ equality, and has not been shy in airing his political beliefs. In an interview with Metro Weekly last year, the actor was particularly critical of the United States and Americans’ complacency when it comes to fighting for justice.

“Trump is actually not such a huge misrepresentation of what our country in fact is,” Smollett said. “He’s what our country was built on — lies, deceit, thievery, let’s be honest…. This country is fucked up. It is. Point blank. Period. There’s no getting around it. We’ve got to clean it up.”

John Riley is the local news reporter for Metro Weekly. He can be reached at jriley@metroweekly.com
← Previous Story Arizona lawmakers introduce LGBTQ nondiscrimination bill
Next Story → Kentucky clerk Kim Davis may have to foot $222,000 bill for blocking gay marriages