By Randy Shulman on January 10, 2019 @RandyShulman 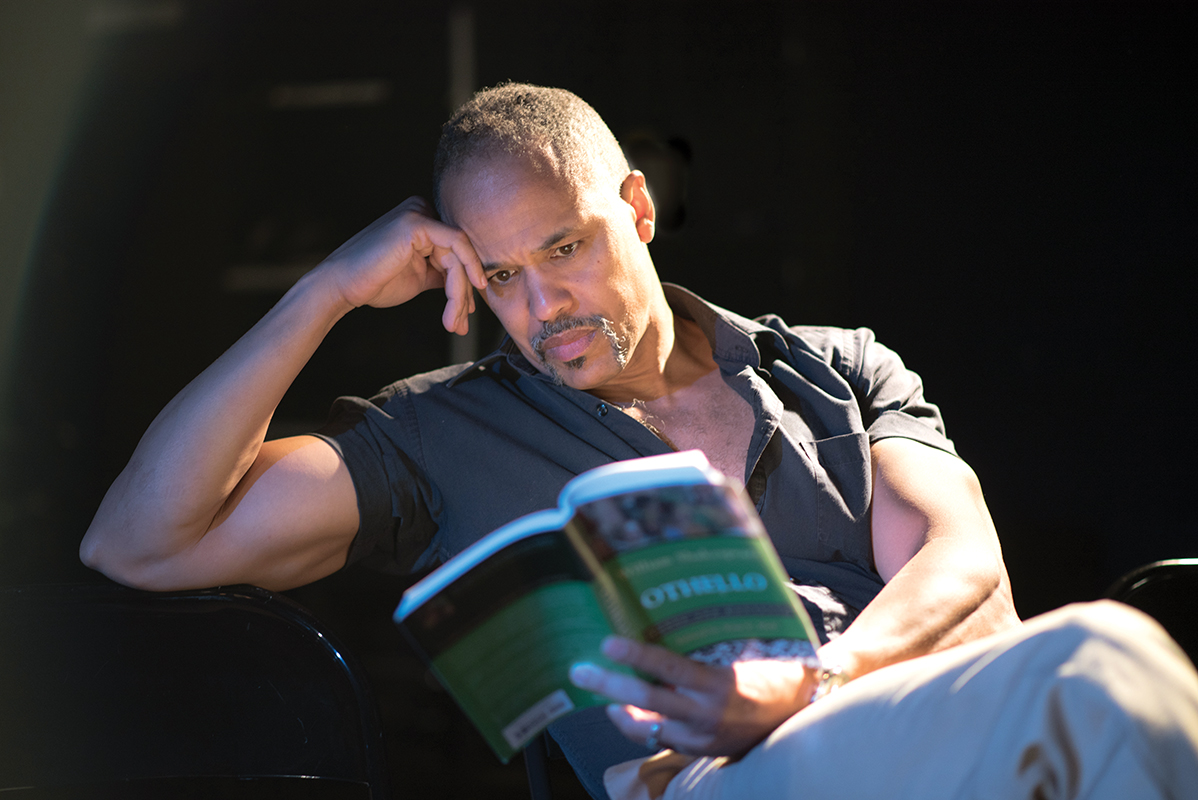 Keith Hamilton Cobb’s passionate and poetic exploration of Shakespeare, race, and America examines implicit bias in American theater and culture through the experience and perspective of black men and the metaphor of William Shakespeare’s character Othello. The play focuses on the audition of a seasoned African-American actor (Cobb) for a young white director (Josh Tyson) who presumes to know better than he how to maximize the iconic black character for believability. Weekends to Feb. 3. Anacostia Playhouse, 2020 Shannon Place SE. Tickets are $40 plus applicable charges. A special presentation, including discussion and reception for area teachers in partnership with the Folger Shakespeare Library, is Sunday, Jan. 13, at 3 p.m. Call 202-290-2328 or visit anacostiaplayhouse.org. 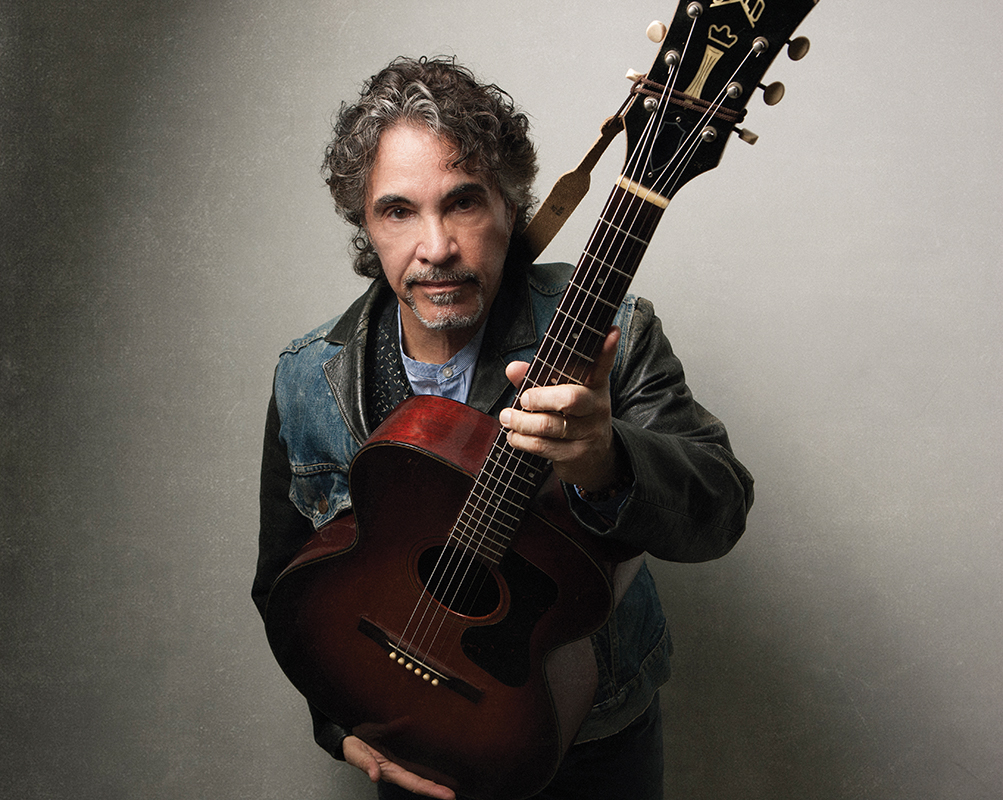 John Oates is the slightly less well-known half of Hall & Oates, the ’80s-minted pop/R&B hitmakers touted as the best-selling duo of all time. He will perform songs from throughout his career, including from his most recent roots-focused project, Arkansas, backed by his current band. Adam Ezra opens. Thursday, Jan. 17, and Friday, Jan. 18, at 8 p.m. The Barns at Wolf Trap, 1635 Trap Road, Vienna. Tickets are $42 to $47. Call 877-WOLFTRAP or visit wolftrap.org. 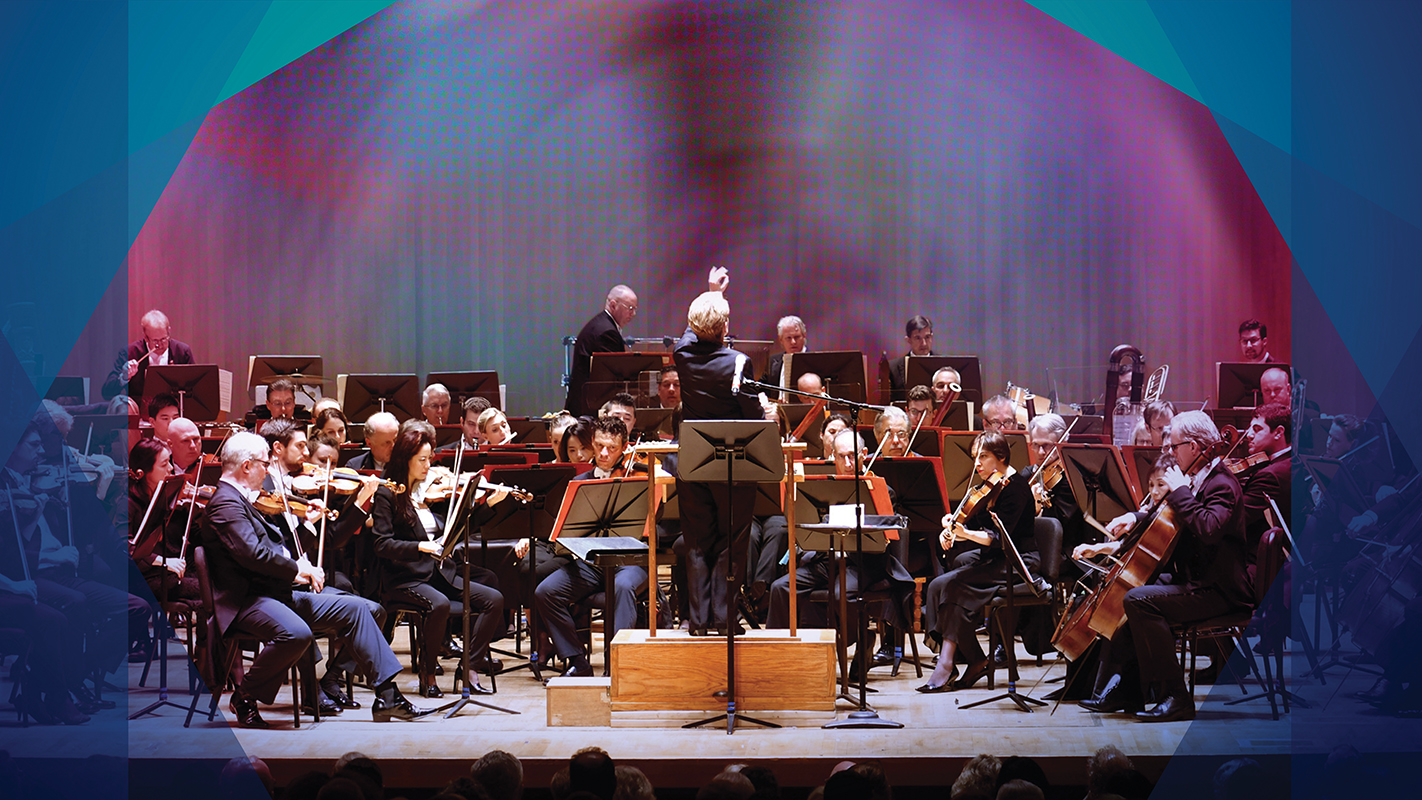 In Sanskrit, “turanga” means movement and rhythm and “lîla” refers to a cosmic game. The composer Messiaen combined the two concepts to form the title of what is now considered one of the most innovative works of the 20th century. Marin Alsop leads the Baltimore Symphony Orchestra in a performance of the exotic work, which features a dazzling part for piano, played by Jean-Yves Thibaudet, as well as one for the eerie, sci-fi-sounding instrument called Ondes Martenot, to be played by Nathalie Forget. All in all, the piece is billed as a “mind-blowing” journey of extreme dynamic contrasts and “a lifetime event to hear!” Sunday, Jan. 13, at 3 p.m. Music Center at Strathmore, 5301 Tuckerman Lane, North Bethesda. Tickets are $25 to $90. Call 877-276-1444 or visit bsomusic.org. 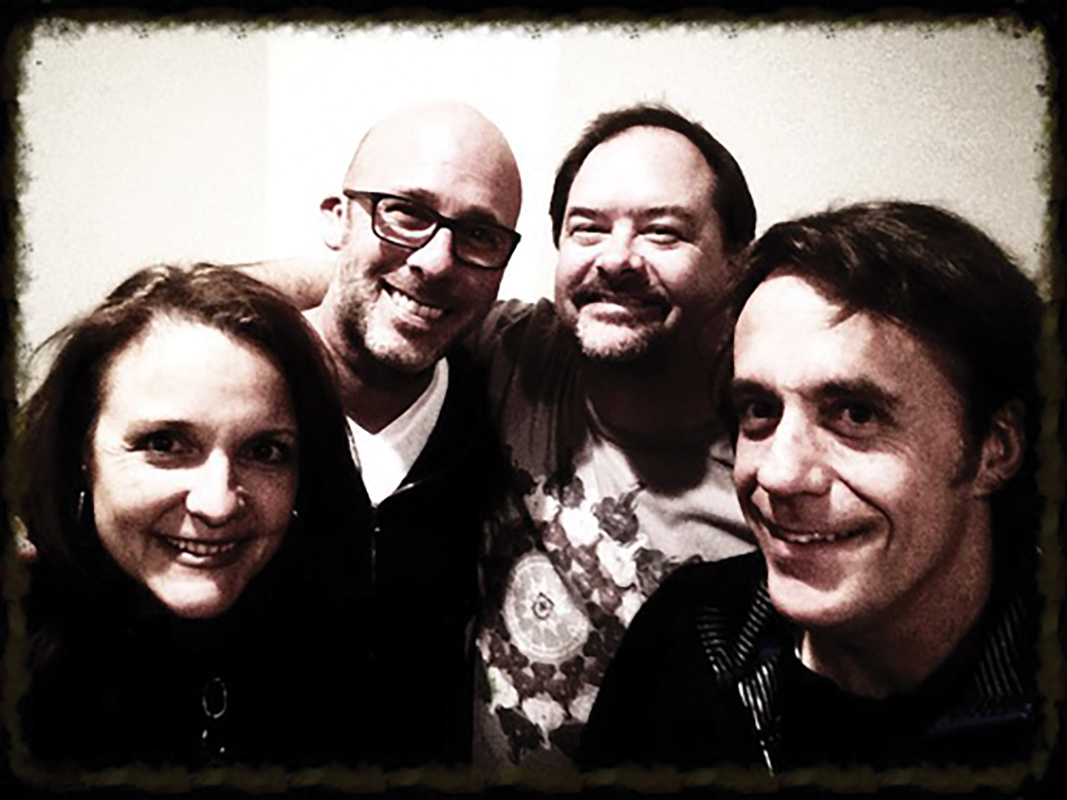 Neither the singing percussionist Eddie Hartness nor any other Virginia-bred member of Eddie From Ohio actually has any ties to the Buckeye State. The folk act’s name is simply an obscure tribute to “Ed From Ohio” Crawford, the lead singer/guitarist of ’80s-era alt-rock act Firehose. Since its founding over a quarter century ago, Eddie From Ohio has gone on to tour regularly throughout the U.S. But the Wammie-winning act remains particularly popular in its native region. As of press time, tickets remain only for shows Friday, Jan. 18, and Sunday, Jan. 20, at 7:30 p.m. The Birchmere, 3701 Mount Vernon Ave., Alexandria. Tickets are $42.50. Call 703-549-7500 or visit birchmere.com. 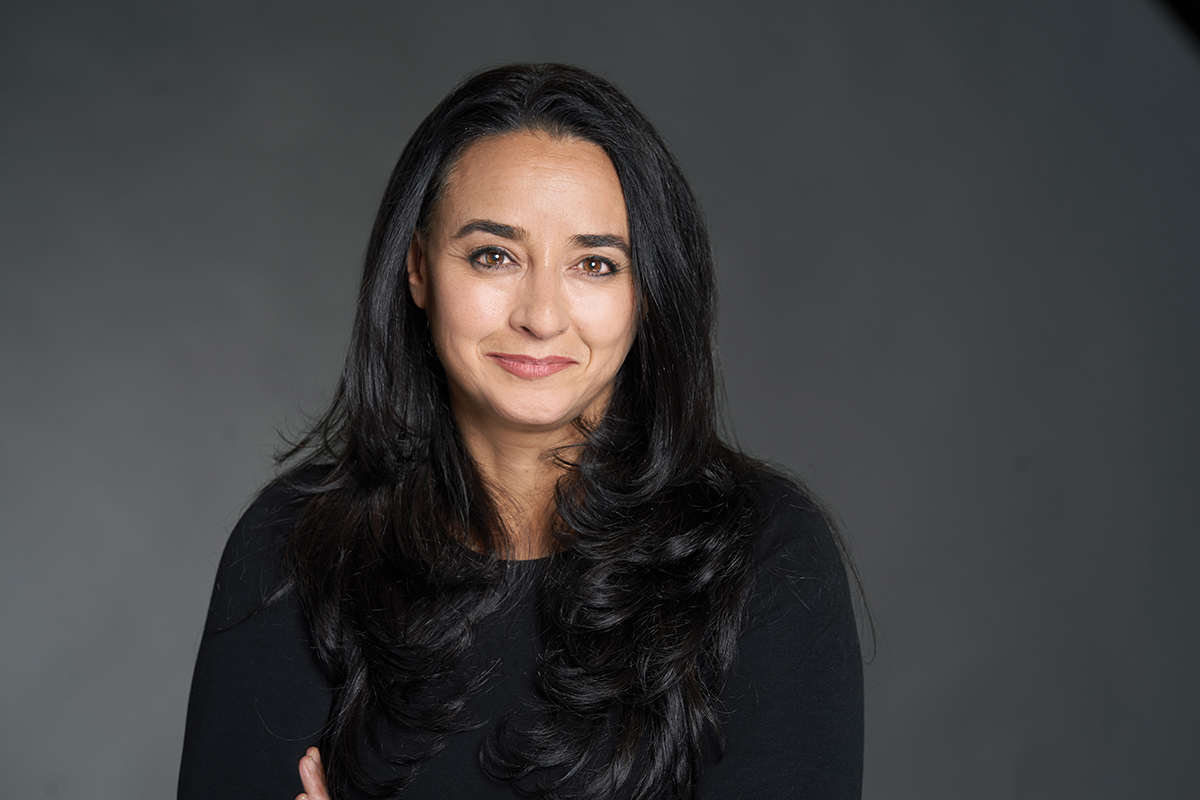 Kramerbooks offers an inspiring reading for activists on the eve of this year’s Women’s March. The focus is a new book that heralds the value of personal anger and also rails against the societal and cultural belittlement of the emotion, revealing it as a cunning way of limiting and controlling one’s own power. In Rage Becomes Her: The Power of Women’s Anger, Chemaly, the director of the Women’s Media Center Speech Project, argues that anger, when “approached with conscious intention…is a vital instrument, a radar for injustice and a catalyst for change.” Friday, Jan. 18, at 6:30 p.m. 1517 Connecticut Ave. NW. Call 202-387-1400 or visit kramers.com.

New works by Francie Hester, Greg Minah, Frank Campion, and Stefan Breukers are featured as part of the first show of 2019 at the small, private LGBTQ-run gallery. Long View has long been a leading fixture in its trendy part of Shaw as well as a prime example of how art and art-centric spaces can help revitalize and shape neighborhoods. Opening Reception is Thursday, Jan. 17, from 6:30 to 8 p.m. On display to Feb. 25. 1234 9th St. NW. Call 202-232-4788 or visit longviewgallery.com.

JOSEPH PULITZER: VOICE OF THE PEOPLE

Over a century ago, a penniless Jewish immigrant became a press baron fighting the dangers that the suppression of news augured for democracy long before our present “fake news” threats to press freedom. Oren Rudavsky’s riveting look at a founding father of modern journalism explores the complicated legacy of a man who fought the good fight, but also busted unions, engaged in some questionable practices and had fraught family relations. Narrated by Adam Driver and featuring voice work from Liev Schreiber, Rachel Brosnahan, Hugh Dancy, and Lauren Ambrose, the documentary gets a local screening per the Washington Jewish Film Festival, followed by a conversation with Rudavsky. Thursday, Jan. 17, at 7:30 p.m. Landmark’s Bethesda Row Cinema, 7235 Woodmont Ave. Tickets are $13.50 in advance. Call 202-777-3250 or visit wjff.org. 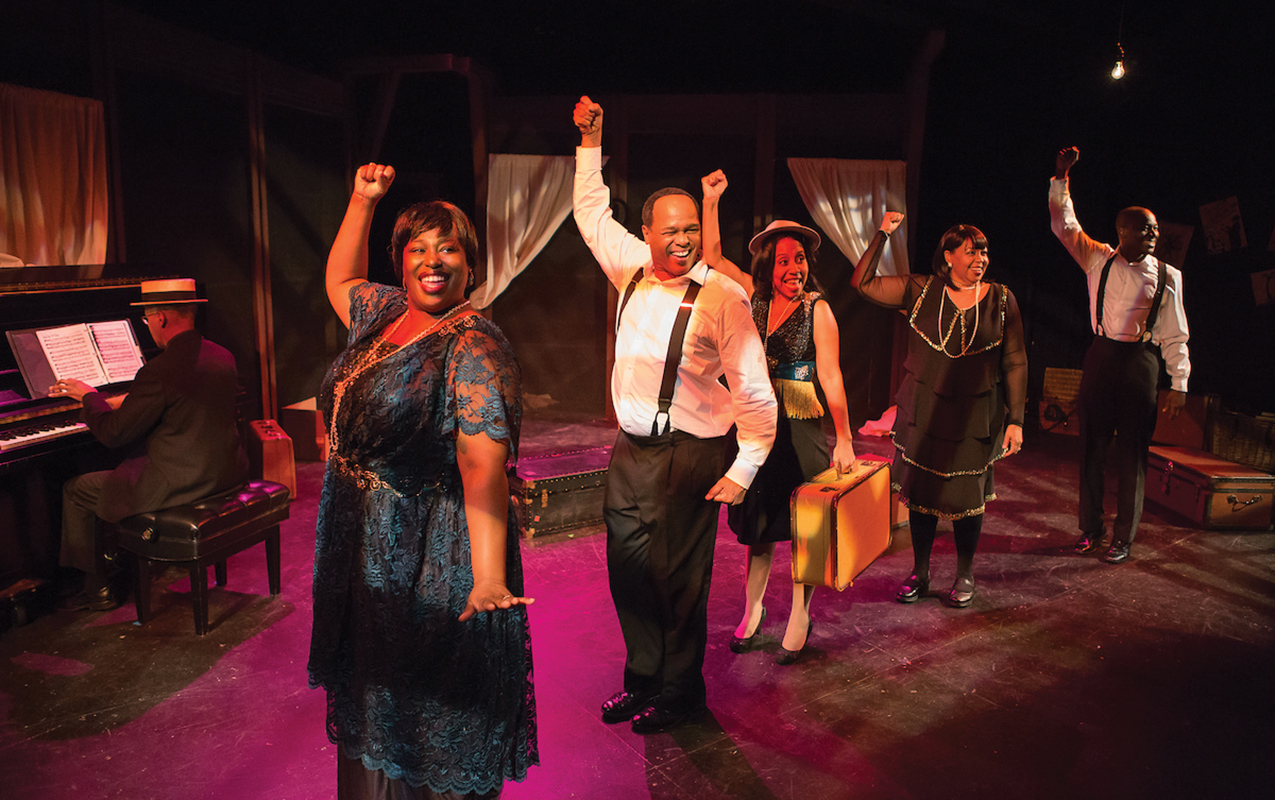 The In Series : From U Street to the Cotton Club –Photo: Angelisa Gillyard

THE INSERIES: FROM U STREET TO THE COTTON CLUB

KenYatta Rogers returns to direct this toe-tapping hit first presented in 2009. The cabaret production features music by Duke Ellington, Cab Calloway, Fats Waller, and more from 1920s and ’30s jazz-age America, performed amidst tales of African Americans from the era woven together by playwright Sybil Williams. And two hours before every show, the In Series has partnered with local historian Timothy Wright for a guided walking tour into the music, mural art, and life along U Street, once known as D.C.’s Black Broadway, that ends with a discounted dinner at Ben’s Chili Bowl. Runs to Jan. 20. Source, 1835 14th St. NW. Tickets $20 to $45, or $15 for the pre-show walking tour. Call 202-204-7763 or visit inseries.org.

“I would hope that we could look back on this period and go ‘Wow, that was a time where we all had lessons to learn and learned them, and were forever changed in the right way from what happened,'” Audra McDonald told Metro Weekly last year. The longtime LGBTQ champion, who is also the most-awarded stage actress in Tony history, returns to the Kennedy Center next weekend along with fellow Broadway superstar Brian Stokes Mitchell to lead this year’s free musical celebration honoring Martin Luther King, Jr’s legacy. Also on the bill is the Let Freedom Ring Choir with music director Rev. Nolan Williams Jr. Monday, Jan. 21, at 6 p.m. Kennedy Center Concert Hall. Free tickets will be given away two per person on a first-come, first-served basis starting at 4:30 p.m. Call 202-467-4600 or visit kennedy-center.org.