Velvet Buzzsaw (★★½) doesn’t present itself as a thriller right away. The oddball film starts out as a straight-faced satire of the ostentatiously arty crowd gathered at Art Basel Miami. Writer-director Dan Gilroy gets in a few sharp jabs at what passes for seven-figure-priced conceptual art, and the swirl of attendant snobs and poseurs, including bitchy art critic Morf Vandewalt (Jake Gyllenhaal), imperious gallery owner Rhodora Haze (Rene Russo), and her fierce rival Gretchen (Toni Collette). But the parody runs towards the obvious, as summed up by the array of goofy art, wigs and wardrobes. Stefon or some other SNL character might emerge at any moment to drag Morf off to the hottest club in Miami.

Then, the Art Basel circus folds its tents, and Morf, Rhodora, and her beleaguered staff all return to their equally luxurious home turf in Los Angeles. Morf, who actively cultivates his status as a vital organism in the art world ecosystem, relaxes his perfected public persona to a degree when he’s lounging at home naked with handsome boyfriend, Ed (Sedale Threatt, Jr.).

Away from the Art Basel glare, the characters shift gears to a slightly lower key of sniping, dealing, and backstabbing. Rhodora sounds just as over-the-top ordering around her assistant Josephina (Zawe Ashton), and her installer Bryson (Billy Magnussen) sounds just as pretentious hyping his artwork, but they all seem a tad more human back in the off-season light. It’s a nice touch.

That’s when the movie intriguingly (although after too much setup) takes a darker turn towards the suspenseful and supernatural, as Josephina stumbles upon the artwork of her dead neighbor, a loner whom she didn’t know, except to remember that he owned a cat. His unique pieces, signed with the name “Dease,” are striking enough that Josephina decides to sell them. Well, she steals them and tries to sell them, unleashing a dreaded curse that follows Dease’s pieces to every gallery and mansion where they find a new home.

The film is effectively elusive in the framing of the accursed art. Is Dease’s work the emperor’s new clothes or the real deal? What’s clear is that everyone who lays eyes on it finds the work mesmerizing enough to want a piece of a lucrative pie. And quite a few of Dease’s newfound fans end up dead, knocked off slasher-style in a succession of bloody, artwork-related murders. The script, meanwhile, continues to dig into the morally barren bottom of the commercial art world, epitomized by another gallerist, Jon Dondon (Tom Sturridge), a marketing savant who matches art to clientele using algorithms.

But the art world commentary plateaus along the way, as does the movie’s sense of purpose. Gilroy and Gyllenhaal’s previous team-up on the 2014 cult favorite Nightcrawler resulted in a brilliantly focused thriller that wound down to a pointed destination. By contrast, Velvet Buzzsaw stirs the pot for a while, then resorts to simply offing art folk.

The horror movie nastiness stays fun until the end, even as the story doesn’t arrive anywhere particularly impactful. Rather, the plot unravels into several disparate threads, from Morf’s intense love affair with Josephina, to a knives-out war over who will represent artist phenom Damrish (Daveed Diggs).

Russo, who made the most of a terrific role in Nightcrawler, is good but hemmed in by the scattered storytelling. Her queen bee Rhodora is a pain in the ass, and seemingly driven by her ego and bottom line, but she still bears the tattoo of her bygone days as cofounder of a punk anarchist art collective known as Velvet Buzzsaw. The film begins to say something about how money and technology can corrupt art and those who deal in it, but then it says that same thing over and over, as the all-star cast runs screaming from deadly paintings. 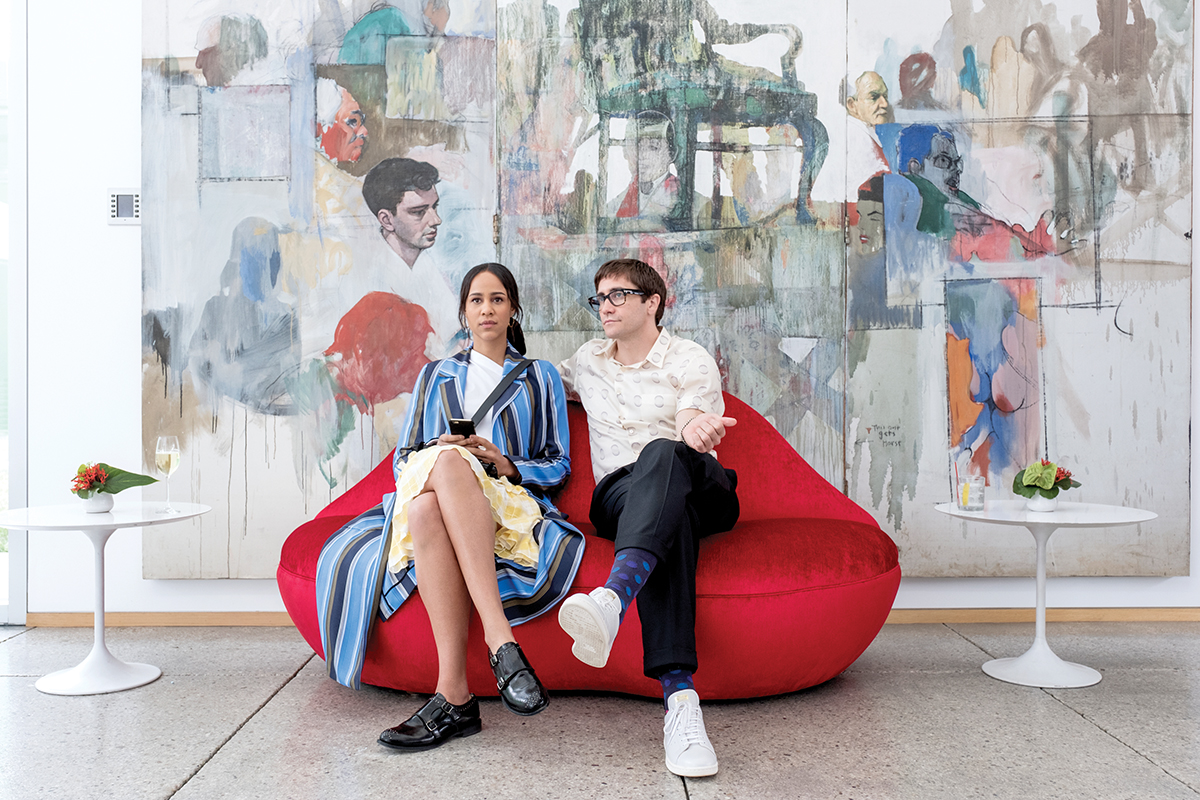