Matthew Bourne on reviving “Cinderella” at the Kennedy Center

The Kennedy Center stages a revival of Bourne's acclaimed 1997 production

By Randy Shulman on January 10, 2019 @RandyShulman 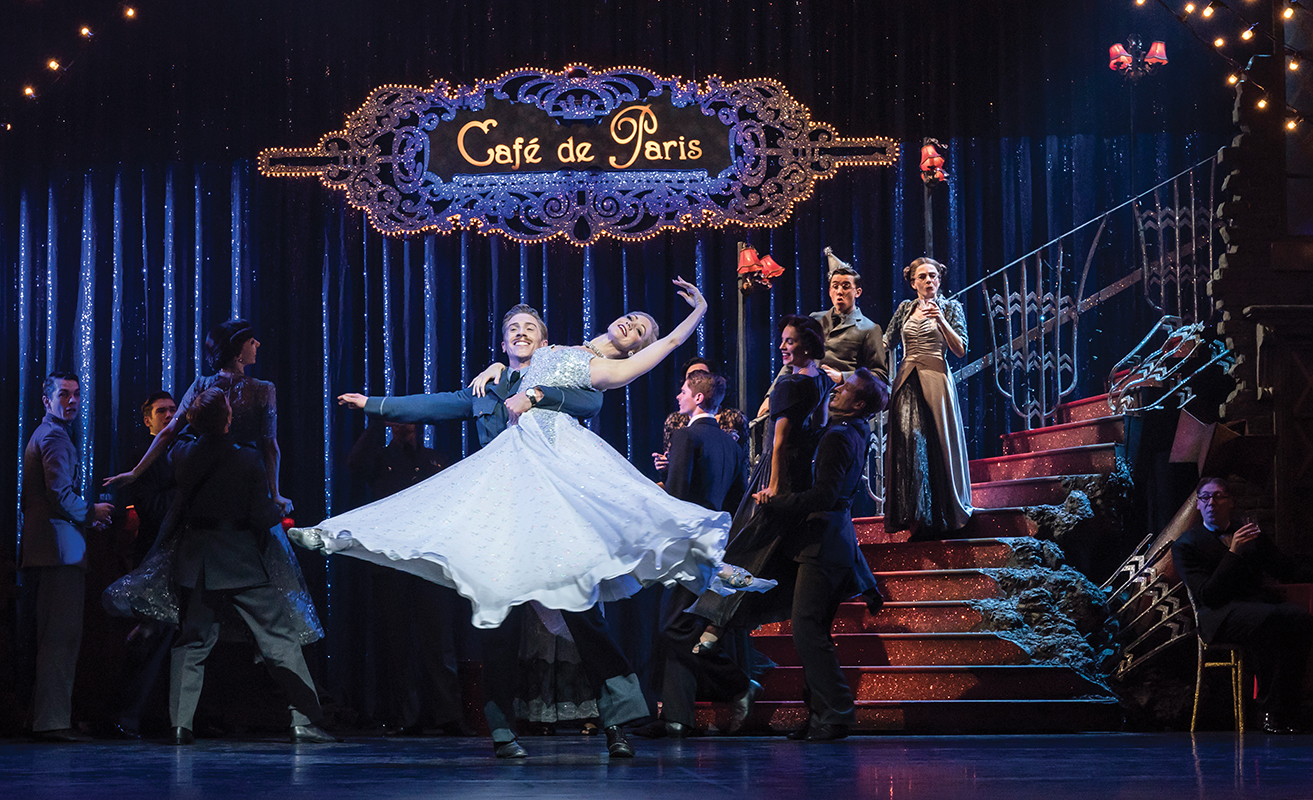 “Choreography,” says Sir Matthew Bourne, “is the toughest job in the business. Because there is nothing at the start. With a play on day one, or a musical, you can sit in a circle and you can have a read-through or sing-through, and half of it is already there — you have just got to stage it. With dance, it’s like nothing. The performance comes to you sometimes with no knowledge.”

Indeed, Bourne has fashioned an enviable career spinning magic out of nothing. His works are internationally celebrated for their unique, bold approaches to familiar material, elaborate, dazzling designs, and more often than not, profound LGBTQ content. He has won every major theatrical award imaginable — from Tonys to Oliviers — sometimes multiple times over, and in 2002 founded his own dance company, New Adventures, which thrives to this day.

“I just decided to be true to what I loved,” says the choreographer, who turns 59 on Sunday, and whose Cinderella arrives at the Kennedy Center on Tuesday. “I have created my own genre that just comes from things that I love. I think everyone can do that — you have just got to listen to yourself.”

METRO WEEKLY: The Cinderella playing at the Kennedy Center is a revival of your acclaimed 1997 production, set in wartime London. Why revive something? Why not do something completely new?

SIR MATTHEW BOURNE: I love reviving, actually, because I think you can always be better, you can always be richer. And the new cast has contributed to it as well — they’ve got something to add to it, rather than just a carbon copy of what has gone before. And it has been substantially reworked and redesigned from the 1997 version.

MW: What is it like to revisit one of your iconic shows? How do you know what to change?

BOURNE: You can only use your instincts. But you also have all the knowledge that you have gained from talking to audiences [the first time around] and seeing what they reacted to. I feel some directors don’t do this enough. Once the show is on, they disappear. But there is so much you can learn from how audiences respond to the piece. Also, you change as a person, you mature as an artist. As I’ve gotten older, my views on my pieces is different — I want them to be more meaningful now, I want them to touch people more, I am more interesting in moving people than making people laugh. 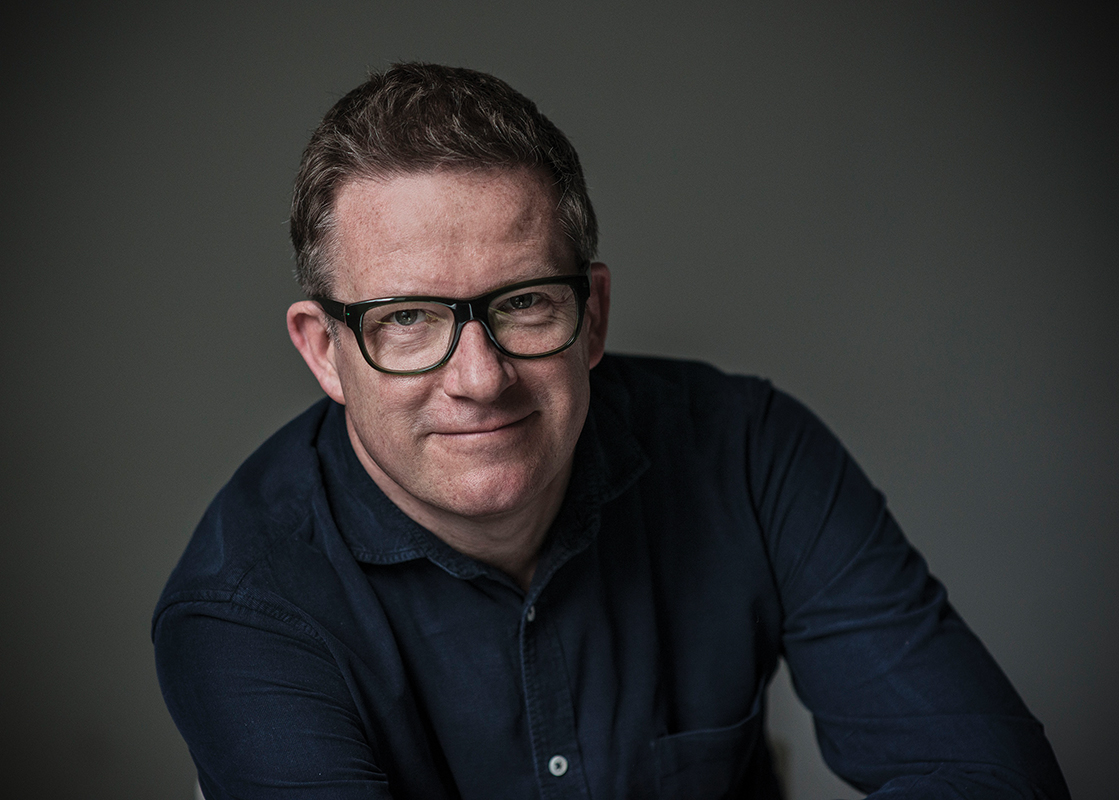 MW: It’s fascinating to see new viewpoints expressed within the confines of such a familiar fairy tale. Setting Cinderella during World War II, for instance.

BOURNE: I don’t see the point for me in doing them unless I find something new in them. It’s a wordless medium I am working in, so it’s very useful that people have some connection to the story, and Cinderella is one that everyone knows. It means you can play around with it quite a lot. That’s the beginning of the journey for me — what are we going to do with this famous story and how we are we going to play with what people know of it? It’s incredibly fun and creative.

MW: You are well-known for traversing between Broadway musicals and classical work.

BOURNE: I don’t see them as being that different. It’s all about telling a story. If it’s a musical, you have the means of words and lyrics, as well. In a dance piece, you don’t — you have to tell the story just through the music. I haven’t done that many musicals, really. I have done the ones that felt I had something to give to and I really wanted to do.

MW: Such as Mary Poppins. Which I have a bone to pick with you on: You didn’t include dancing penguins! It seemed like such a natural tap number.

BOURNE: [Laughs.] Dancing penguins are something that animation does very well, in that they are the right size. It was talked about quite a lot, and very much dismissed early on as something we wouldn’t want to [adapt from] the film. I was actually quite disappointed to see dancing penguins in Mary Poppins Returns, because I felt they were part of the old movie. Do something different, you know? We can watch them in the old movie. [The filmmakers] needed to be more bold about their ideas and do something different that we didn’t have to compare with the original film.

MW: How important is it for gay artists to introduce positive LGBTQ subtext or themes into their work, even if it’s not the central component.

BOURNE: I think it’s terribly important. I’ve done it for thirty years, put gay situations, stories, romances within the pieces that I have done that play to a very wide audience. Swan Lake was an interesting example. When I first did that production 22 years ago, and the Male Swan and the Prince danced together in a seemingly romantic way, we had people walk out. Some people were not happy about it. Move forward 23 years, we are doing a production in London at the moment — sold out! It’s a “Bring the family Christmas treat! Bring the kids!” So I think things have changed massively. I think people, especially young people, are very different to how we were when growing up. If you tell them someone’s gay, it’s not a big deal.

MW: Is there any dream ballet that you want to stage that you haven’t as of yet?

BOURNE: Thinking of gay things, I would love to do a version of Maurice, the E.M. Forster novel.

MW: That would be something. Do that, please do that.

BOURNE: It would be good wouldn’t it? I would love to do that, I love that period and everything.

MW: When you put so much effort into something, so much work, how do you cope with it when, despite all your best efforts, things go south, either with the critics or the audience?

BOURNE: In the short term it’s very tough, very difficult, because you put all your thoughts and all of your instinct into it, and you feel what you are presenting is something you are happy with. And somebody is telling you it’s not quite working or it’s not getting the reaction you wanted. But I have never let up, I will never give up, I will come back to that piece, because I know deep down there is something there in it that really does work, and I have not quite got it all right yet.

MW: You’re were knighted in 2016. I’m curious how that honor feels to you?

BOURNE: You know, it’s such an ancient thing. It really goes back to the Knights of the Round Table, and you feel very connected to history in a way. It’s kind of amazing, I still can’t quite get over it. It’s a lovely thing that I never thought would happen and, I have to be honest, I love it, I love it. I am not going to pretend and be blasé about it — it’s a very great honor. I feel it’s your country saying thank you to you. And it also gives me a voice for my profession of dance and choreographers. It gives me extra authority. So I try to use that for the good of the profession I work in.

MW: So what advice would you give to young, aspiring choreographers?

BOURNE: I’d say it’s great to be inspired by the greats of the past or the present, that we all get inspired by people in the world that we are in, but don’t try to be like them. It’s the mistake a lot of people make — you end up being a second rate someone, when you want to be a first rate who you are. So do something that comes directly from you. Use all your inspirations, but don’t ape what was already there too much, because there is always somebody out there already doing it very well. Try to find your own voice and be true to yourself.