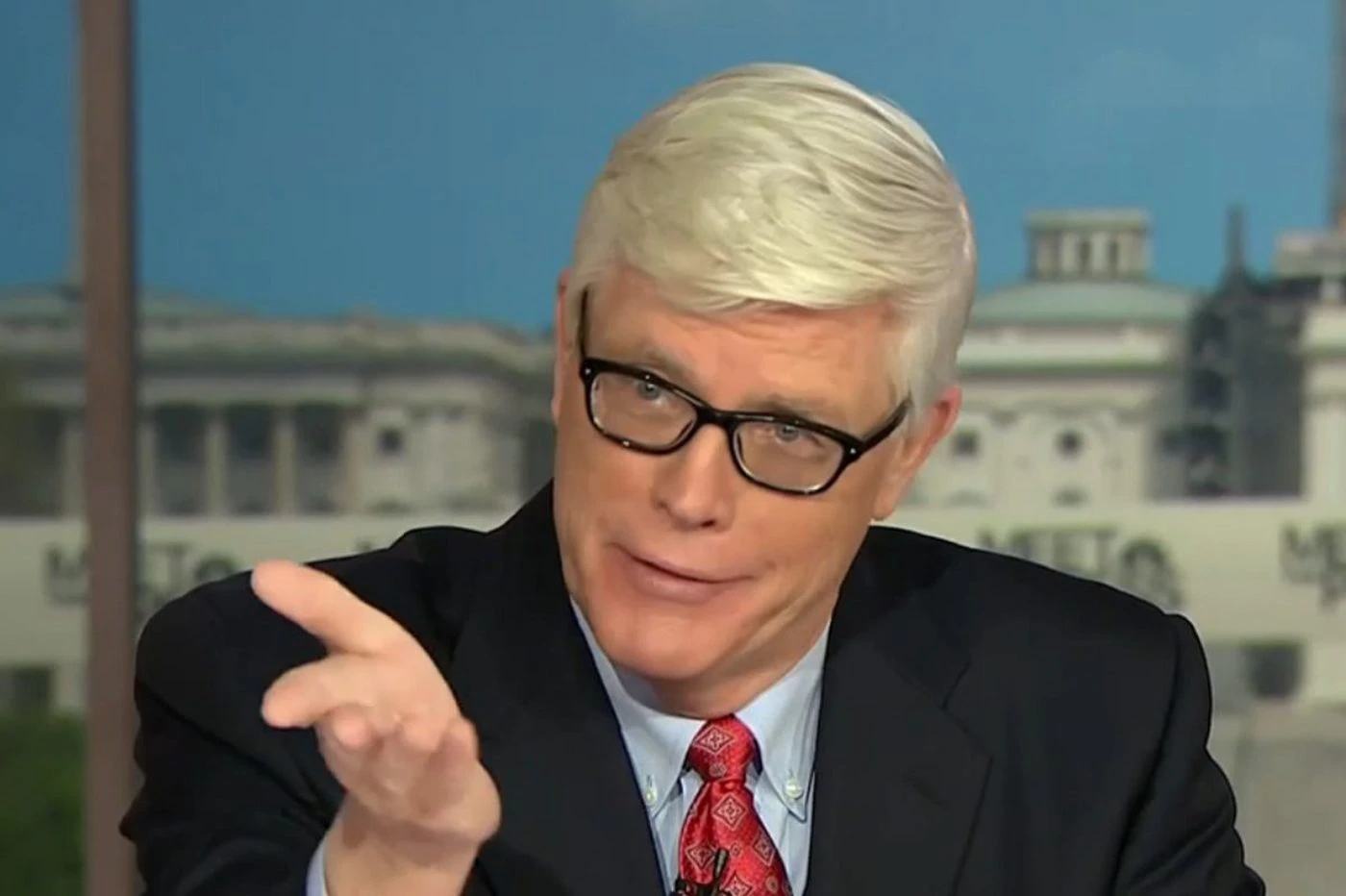 Hewitt made the comments while speaking on MSNBC, calling Ocasio-Cortez a “wonderful person…sparkling with youthful energy, unmoved by her inexperience, confident in her lack of knowledge and completely charismatic.”

He then compared the newly elected congresswoman to the former Vice President.

“Joe Biden has actually gone through the time machine and transgendered into Alexandria Ocasio-Cortez,” he said. This was Joe Biden — she is going to fill the Biden gap.”

Hewitt went on to say that the “Biden gap” concerned him: “Some day Joe will leave the public stage and we will not have people who will say outlandish things. But now the Biden gap is filled.”

After his comments were reported, Hewitt issued a short apology on Twitter, saying it was a “bad word choice.”

MSNBC apparently refused to comment on Hewitt’s choice of words, while on social media the Washington Post columnist faced backlash from some users.

“It’s outrageous that MSNBC continues to give Hugh Hewitt a platform to spew his dishonest and hateful propaganda,” said Matt McDermott, who is on the campaign board for the Victory Fund. “It’s time @MSNBCPR provide an explanation.”

“This dumb comment aside, can we all agree that Hewitt is just a crappy commentator?” Molloy tweeted. “He has surprisingly little insight into anything happening today, remarkably poor political instincts, and doesn’t really function as anything more than filler.”

However, while Hewitt’s choice of words led to condemnation, the syndicated talk show host is often touted as a relatively moderate conservative commentator.

And despite opposing the Supreme Court’s decision on same-sex marriage, in a 2017 edition of The Hugh Hewitt Show, Hewitt said he wished transgender people in America “nothing but well.”

“I wish them peace and happiness in their life and their relationship with God and with a loving family that’s supportive,” he said. “It’s gotta be a difficult situation to find yourself in to have that set of feelings.

“And I have nothing but open love and affection for the LGBT community,” Hewitt continued. “I’ve got friends, family, colleagues, coworkers in that community. I opposed the judicial position of same-sex marriage, but it’s never been the issue that, I think, people said it is — especially for evangelicals and Roman Catholics, who are instructed by our faith to be welcoming to all people and to recognize first that we had better take care of our own business.”