Dmitry Rogozin has criticized support for equality, even calling Madonna a "whore" for supporting LGBTQ rights

By John Riley on January 7, 2019 @JohnAndresRiley 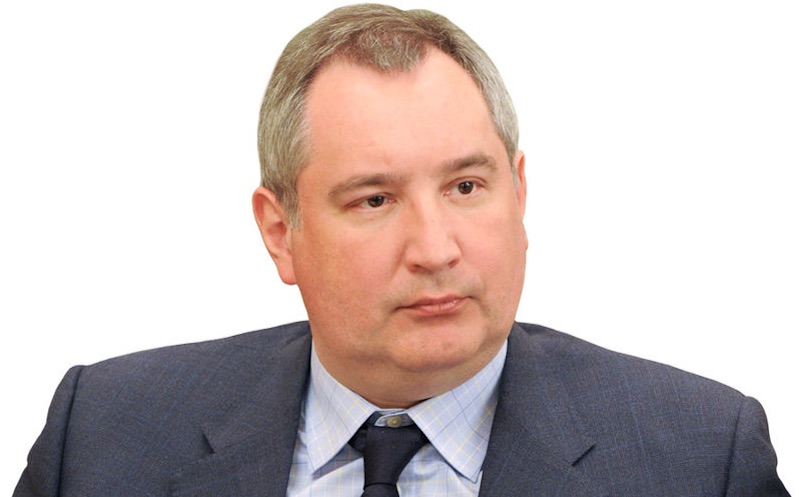 Dmitry Rogozin – Photo: Press Service and Information Department of the Government of the Russian Federation.

NASA has indefinitely postponed a visit from Dmitry Rogozin, the head of Russia’s space program, following backlash over the Roscosmos CEO’s past antagonism towards America, and past comments touting Russian supremacy and disparaging LGBTQ people.

Rogozin, who is currently under sanctions for his role as Russia’s deputy prime minister in the country’s 2014 invasion of Crimea, was invited by NASA Administrator Jim Bridenstine to tour NASA’s facilities and speak at the Houston-based Rice University, Bridenstine’s alma mater, sometime in February 2019. But those plans have been put on hold by NASA, and Rice University has said it has no plans to bring Rogozin to campus.

NASA spokeswoman Megan Powers told The Houston Chronicle that a new date has not been set for Rogozin’s visit. She also did not give a reason for the postponement.

Bridenstine, a former Republican congressman from Oklahoma, had extended the invitation to Rogozin in October, and even gone so far as to get sanctions against him temporarily lifted for his visit, as a demonstration of continued cooperation between the Russian and U.S. space programs.

The Chronicle notes that the rescinding of the invitation could have negative ramifications, as U.S. astronauts have relied on Russians to ferry them to and from the International Space Station since the U.S. scuttled its Space Shuttle program in 2011. Already, Roscomos has said it “expects official explanations of NASA’s position,” adding that planned talks on possible cooperation with the United States on the International Space Station are “so far not suspended.”

Foreign policy experts balked at NASA’s invitation to Rogozin, noting that he has made hyper-nationalist statements expressing Russian supremacy and disparaging other countries when they’ve been critical of Russia. NASA was also criticized by LGBTQ groups, who objected to anti-gay and anti-transgender statements he’d made in the past.

Rogozin has also been criticized because of his involvement with the Rodina political coalition, which ran racist ads comparing migrants from the north Caucasus region to “garbage,” showing the alleged migrants eating watermelon and littering by tossing the rinds on the ground. Several of his fellow party members also signed a petition calling for all Jewish organizations to be banned.

GLAAD, which had led the charge to rescind Bridenstine’s invitation to Rogozin, praised NASA and Rice University for not giving the Russian apparatchik a platform to spread his bigoted views.

“Rice University and NASA did the right thing by standing up to the anti-LGBTQ activism that’s become a hallmark of the Trump Administration,” Sarah Kate Ellis, the president and CEO of GLAAD, said in a statement. “Dmitry Rogozin’s anti-LGBTQ animus has no place visiting the United States, and it’s reassuring that fair-minded people put marginalized communities and their safety ahead of the Trump Administration’s toxic political agenda.”