By Randy Shulman on January 3, 2019 @RandyShulman 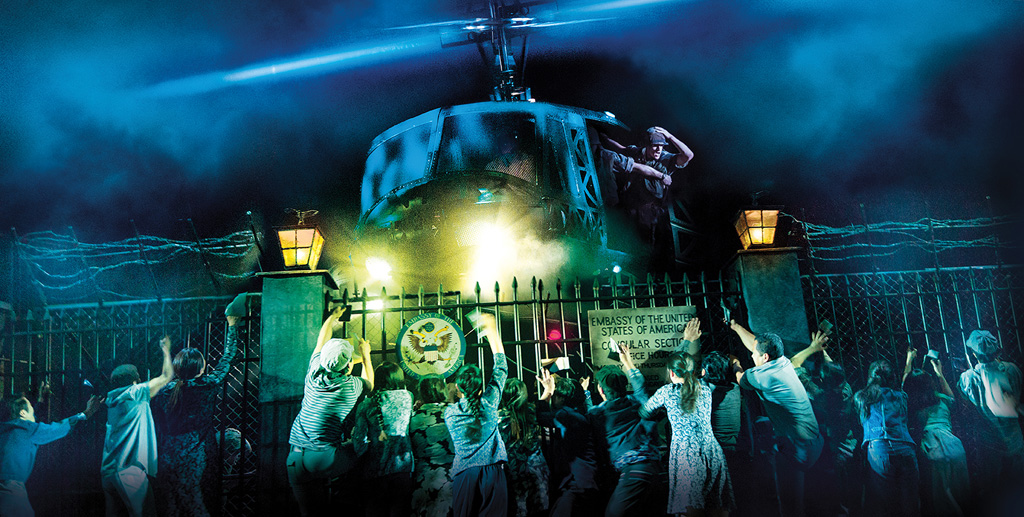 When one of Sir Cameron Mackintosh’s signature productions hits the quarter-century mark, he likes to dust it off and breathe new life into it, reinventing it in the process. He did it with Les Miserables. He did it with the tour of Phantom of the Opera.

“He feels it’s an opportunity to look at the material again with a new creative team,” says Seth Sklar-Heyn, executive producer for Cameron Mackintosh Incorporated, the North America arm of the producer’s U.K.-based company.

Recently, Macintosh did it with the 30-year-old Miss Saigon, the sweeping musical by Les Miz scribes Claude-Michel Schönberg and Alain Boublil, set during the Vietnam War. With a tragic, romance-drenched plot based on Puccini’s Madame Butterfly, Miss Saigon is a full-on weeper, filled with lush ballads and big, bold production numbers.

It also has, as is the case with most modern-day theater, a breathtaking set-piece in the form of a massive evac helicopter that lands during the fall of Saigon.

“In the original production, it was a large piece that flew in,” says Sklar-Heyn, who serves as the current touring production’s associate director and executive producer. “It was physical, dimensional, and actors were able to interact with it. We strived to deliver that again, but in a new way, inherently using technology that didn’t exist 30 years ago, when the original production was first conceived and designed.

“The technology that acts as the foundation on which everything can now be produced on a stage is almost beyond what anyone could have conceived of when these shows were first coming out,” he continues. “Which goes to show how remarkable they were the first time around.”

But he notes Miss Saigon had to “evolve from the original into something new that does take advantage of how machinery comes to life onstage and supports the story.”

Sklar-Heyn dismisses critics who might call such scenic tactics crowd-pleasing stunts. He prefers to think of them as immersive.

“Ideally, an audience is enveloped in the storytelling as a result of the scale of what we present onstage,” he says. “I do think we strive, in these productions, to immerse an audience, and to bring them into the action through a slice of life that we represent onstage as dimensionally as possible.”

Randy Shulman is Metro Weekly's Publisher and Editor-in-Chief. He can be reached at rshulman@metroweekly.com.
← Previous Story Year in Review: The Best D.C.-Area Theater of 2018
Next Story → Legendary: An Interview with Carol Channing (1995)