By John Riley on February 26, 2019 @JohnAndresRiley 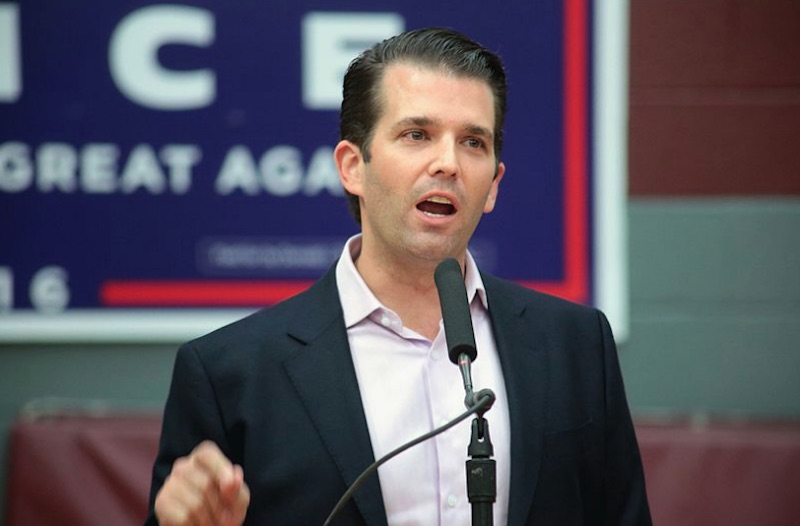 Donald Trump Jr. has waded into the debate on transgender student-athletes, calling the first- and second-place finishes by two transgender girls at the Connecticut girl’s state track championship a “grave injustice.”

Terry Miller, of Bloomfield High School, and Andraya Yearwood, of Cromwell High School, won the top two spots in the 55-meter dash, with Miller setting a new state indoor record of 6.95 seconds, and Yearwood finishing in 7.01 seconds, according to The Associated Press. The third-place winner, Chelsea Mitchell, of Canton High School, finished with a time of 7.23 seconds.

Miller also won the 300-meter dash in a time of 40.13 seconds, ahead of her cisgender teammate Jillian Mars.

But many parents, as well as social conservatives, have objected to Connecticut Interscholastic Athletic Conference’s policy allowing transgender athletes to compete for sports teams based on their gender identity.

Both athletes have garnered negative attention, with many arguing that the girls’ biological makeup gives them an unfair advantage over cisgender women athletes.

Donald Trump Jr. is one such critic, tweeting that he feels “sorry” for the other competitors.

I feel so sorry for the young ladies who trained their whole lives to be the best in their state and to hopefully attain scholarships etc etc… this is a grave injustice. https://t.co/cduhojza4B

Selina Soule, the eighth-place finisher at the state meet, told the AP that she was happy for Yearwood and Miller for being true to themselves, but felt that she missed out on an opportunity to compete in front of college coaches because she missed the cutoff for the New England Championships by two places — places that were taken by Miller and Yearwood.

“We all know the outcome of the race before it even starts; it’s demoralizing,” Soule said.

The issue of transgender inclusion in sports is often a delicate one, as evidenced by the backlash spurred by tennis star Martina Navratilova after she argued that transgender women should not be allowed to compete against cisgender women because they have an unfair biological advantage.

Joanna Harper, a medical physicist who studies transgender health care and a transgender runner herself, argues that athletes’ participation in sports should be based on their hormone levels, which will vary based on individual health factors and the length of time that a person has been transitioning.

But Harper also warned that the issue cannot be solved using a one-size-fits-all mentality. For instance, she wrote in an op-ed for The Washington Post, when it comes to long distance running, cisgender athletes are on equal footing with transgender athletes who have successfully transitioned. But when it comes to sprinting, those with more muscle mass may have an advantage.

Transgender females may gain advantages, due to their height, in sports like basketball, but taller individuals would be less likely to succeed in a sport like gymnastics.

When it comes to allowing Miller and Yearwood to compete against cisgender girls, CIAC Executive Director Glenn Lungarini defended the interscholastic league’s policy.

“This is about someone’s right to compete,” he said. “I don’t think this is that different from other classes of people, who, in the not too distant past, were not allowed to compete. I think it’s going to take education and understanding to get to that point on this issue.”

He also said the CIAC is not in a position to perform hormone testing on athletes. As a result, the league relies on schools to tell them how students identify.

John Riley is the local news reporter for Metro Weekly. He can be reached at jriley@metroweekly.com
← Previous Story Judge grants citizenship to twin sons of Los Angeles gay couple
Next Story → 11th Circuit to decide whether Florida transgender student can use boys’ restroom