By Randy Shulman on February 14, 2019 @RandyShulman 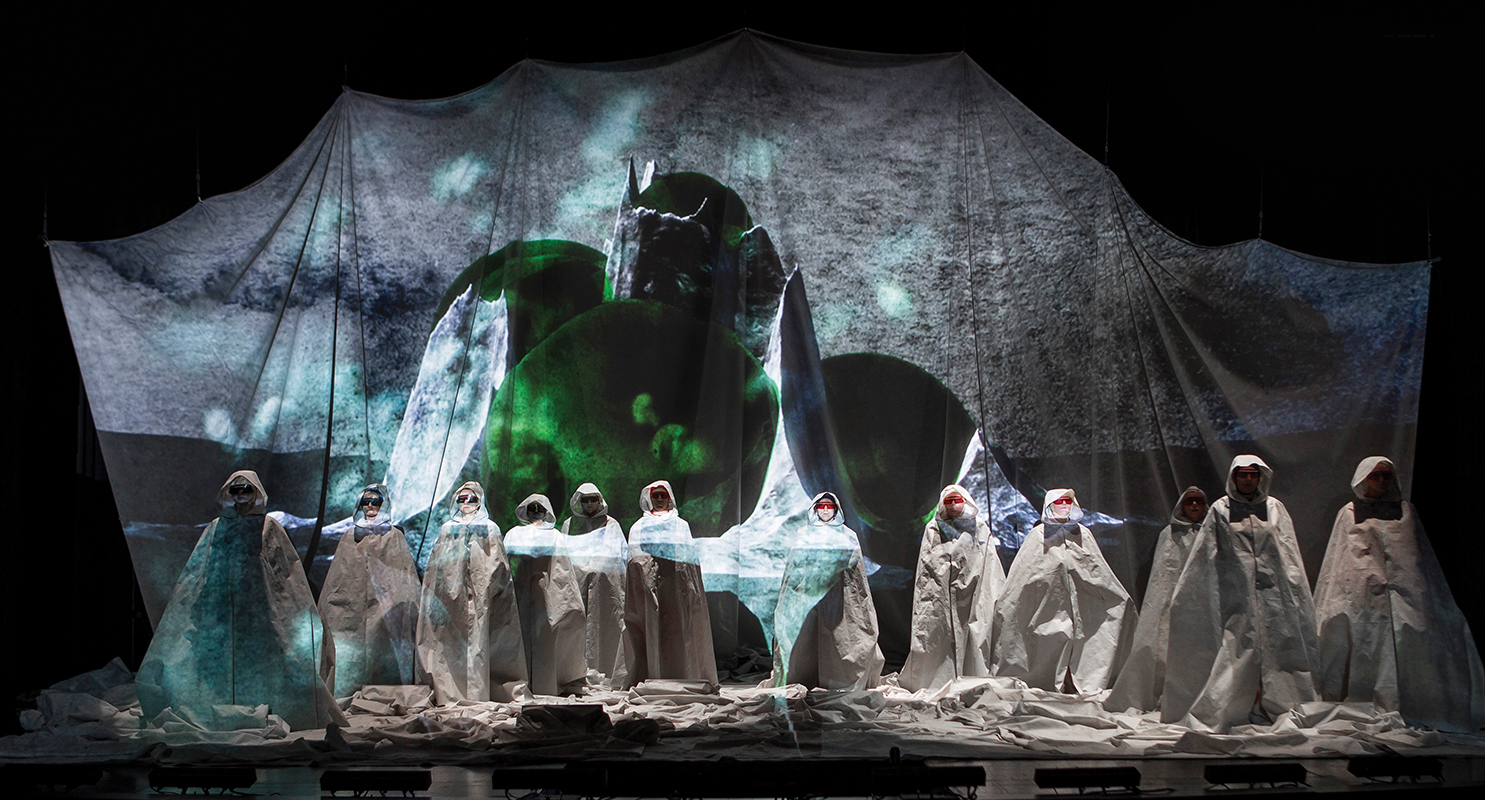 The Kennedy Center presents the U.S. premiere of a daring, multi-genre, multimedia work that dramatizes for the stage a broad range of environmental issues, from climate change and soil erosion to urbanization and the digitalization of human life. NeoArctic is a visual music performance that weaves in classical voice, electronica, dramatic staging, and movement, with the dynamic backdrop of photography from NASA, to explore “Nature’s Titanic” and the Anthropocene, a new geological age characterized by the harsh impact of humanity on the ecosystem. The story of planet Earth and its future is told in English through 12 unique songs and soundscapes covering 12 different landscapes. Kirsten Dehlholm, founder and artistic director of the Danish Hotel Pro Forma, leads this World Stages production featuring the 16-person Latvian Radio Choir performing music by Andy Stott and Krists Auznieks, with musical direction from Kaspars Putnins. To Feb. 16. Terrace Theater. Tickets are $35 to $49. Call 202-467-4600 or visit www.kennedy-center.org. 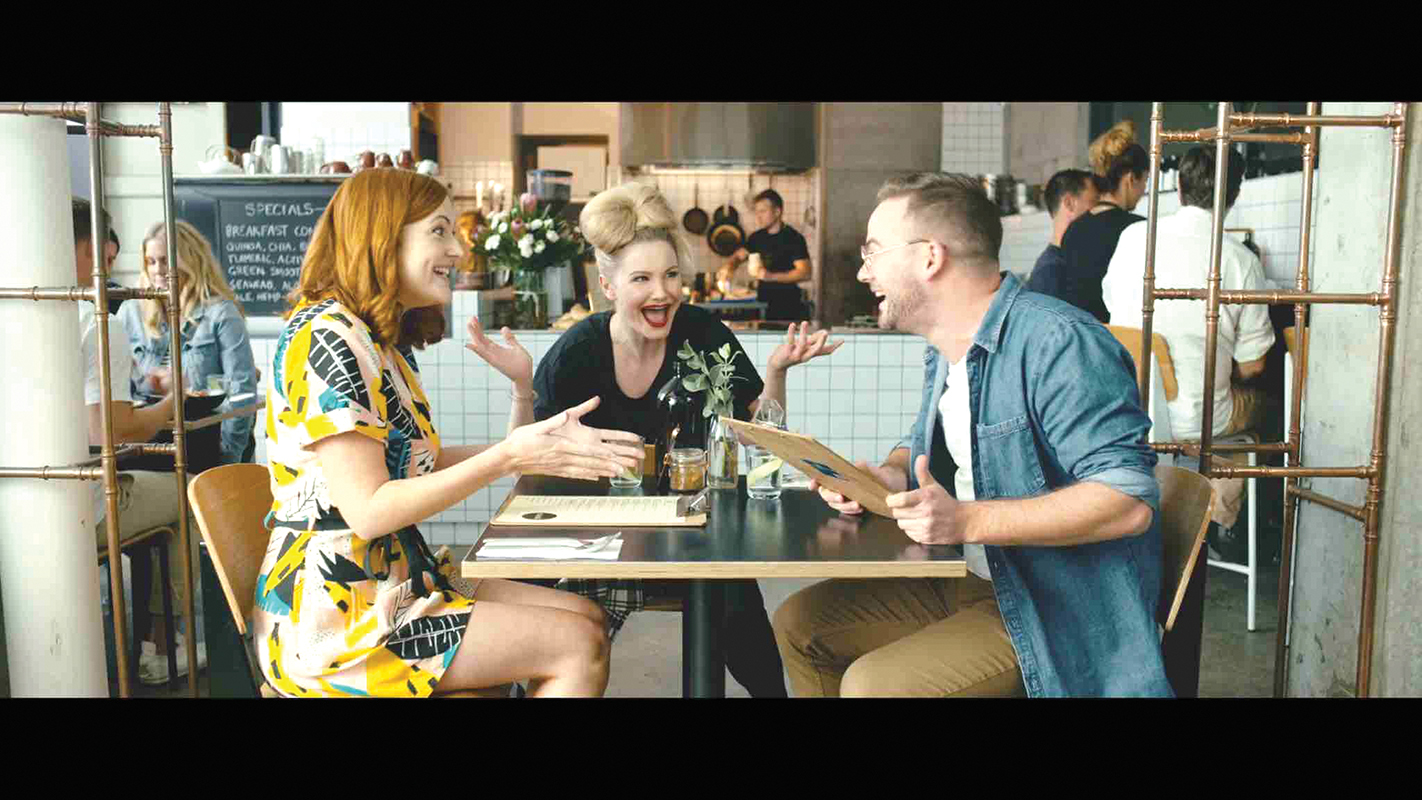 All the stages and shades of love will be explored through four “Shorts & Sweets” showcases, each running approximately 90 minutes in length and featuring shorts from around the world grouped around a particular theme — from “This Is Love” at 7 p.m. to “Love Hurts” at 9 p.m. on Friday, Feb. 15, and from “Love Lies Bleeding” at 8 p.m. and “No Love Lost” at 10 p.m. on Saturday, Feb. 16. To sweeten the deal — literally — DC Shorts promises sweet treats at the screenings at the historic Miracle Theatre in Eastern Market, where wine and beer is also available if you wish. 535 8th St. SE. Tickets are $15 per showcase, or $45 for all four. Call 202-400-3210 or visit www.sweets.dcshorts.com for more information and to see the full film lineup. 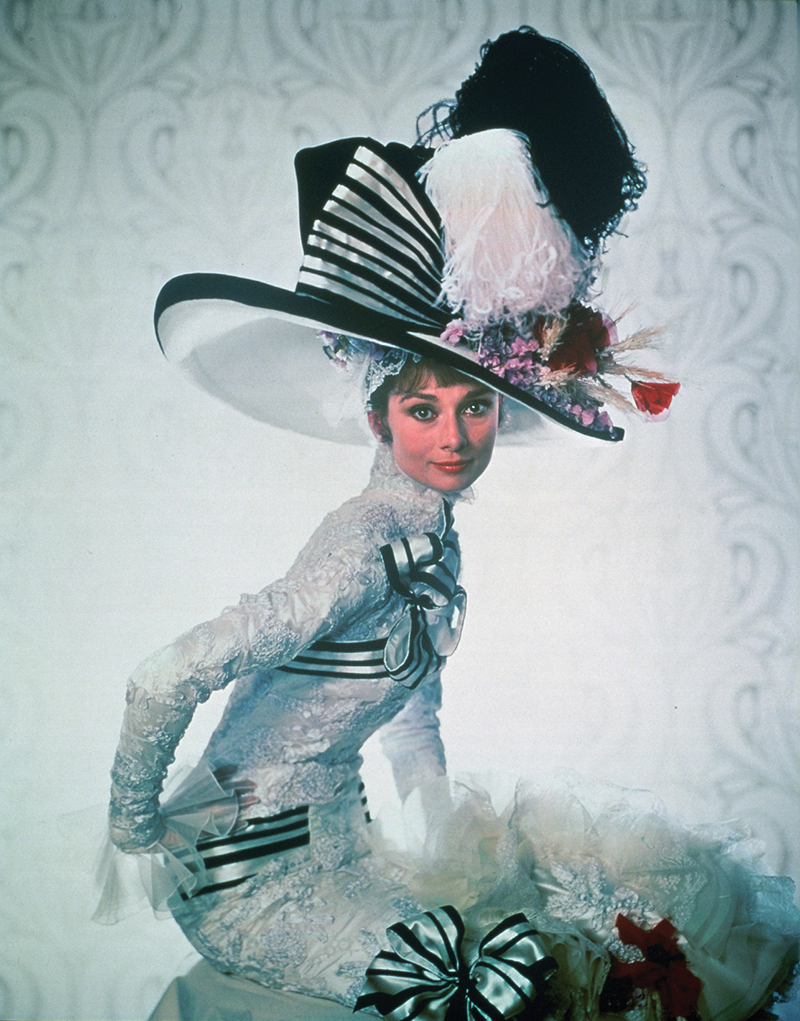 George Cukor’s 1964 film adaptation of the Lerner and Loewe stage musical, based on George Bernard Shaw’s play Pygmalion, won eight Oscars — although its star, Audrey Hepburn, was completely slighted by the academy. Fathom Events returns the movie musical — featuring the standards “I Could Have Danced All Night,” “The Rain in Spain,” and “Wouldn’t It Be Loverly?” — to the big screen for two performances as part of its Big Screen Classics series. Fathom honors My Fair Lady‘s 55th Anniversary with pre- and post-screening insights by TCM Primetime Host Ben Mankiewicz. Sunday, Feb. 17, at 1 and 5 p.m., and Wednesday, Feb. 20, at 3 and 7 p.m. Area theaters including Regal venues at Gallery Place (701 7th St. NW), Potomac Yards Stadium (3575 Jefferson Davis Highway), and Ballston Common (671 N. Glebe Road). Visit www.fathomevents.com. 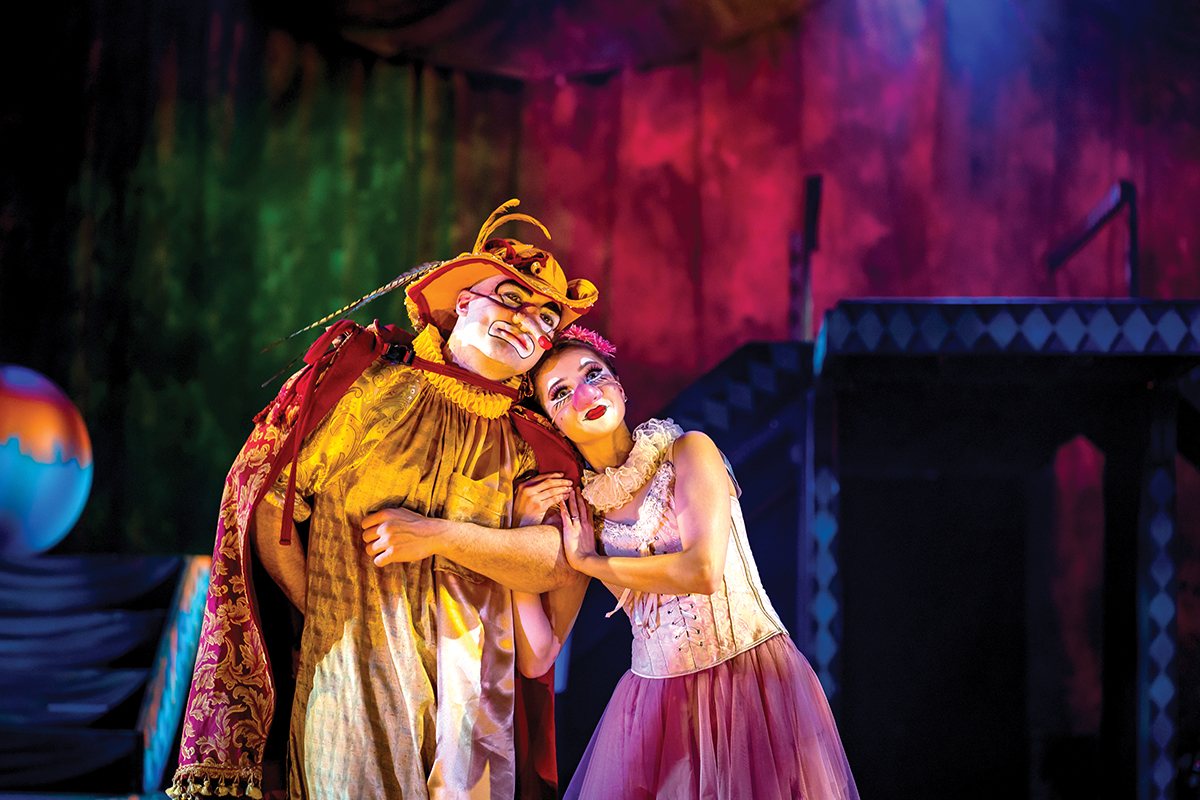 An athletic, commedia dell’arte retelling of Edmond Rostand’s world-famous story that, in true Synetic Theater fashion, is also wordless — brought to the stage by Vato Tsikurishvili, the son of Synetic’s founders in his directorial debut. Cyrano revolves around the plight of Cyrano de Bergerac, a brilliant poet and soldier who decides to woo his beloved Roxane with the help of his charismatic and confident friend Christian. What could possibly go wrong? To March 10. 1800 South Bell St., Arlington. Tickets are $20. Call 800-811-4111 or visit www.synetictheater.org. 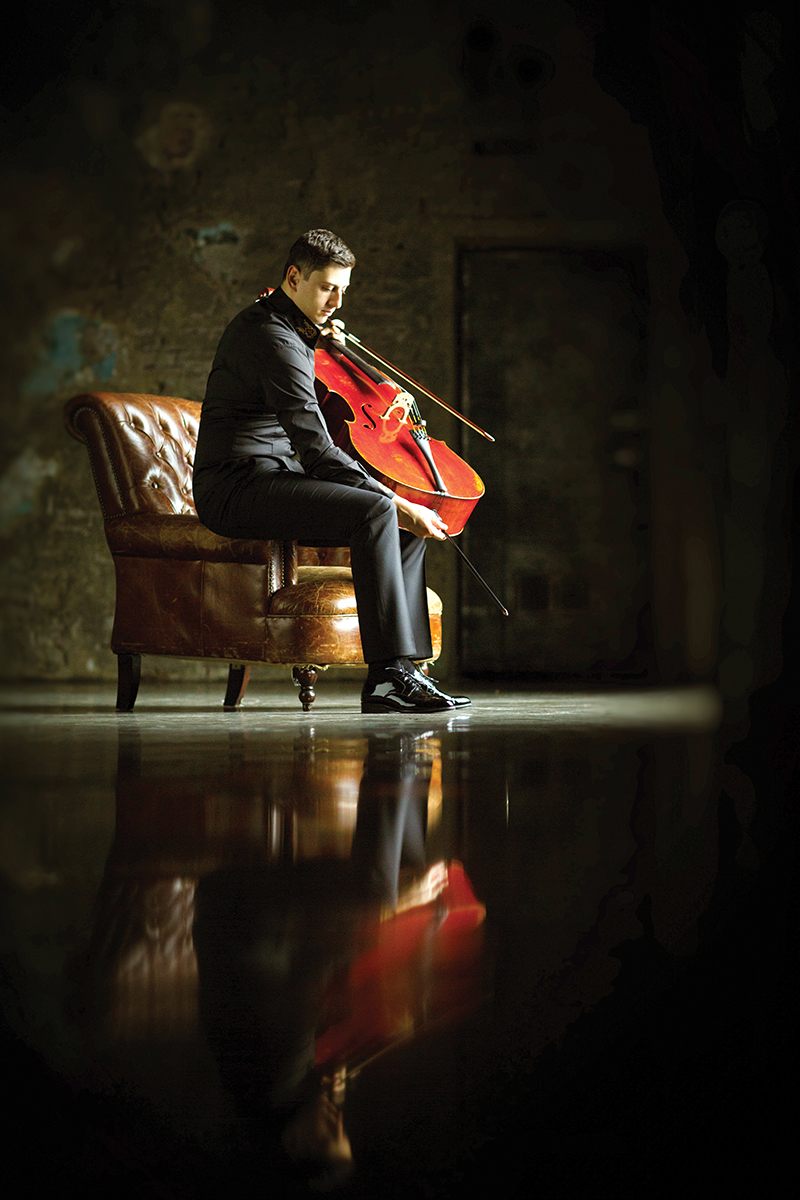 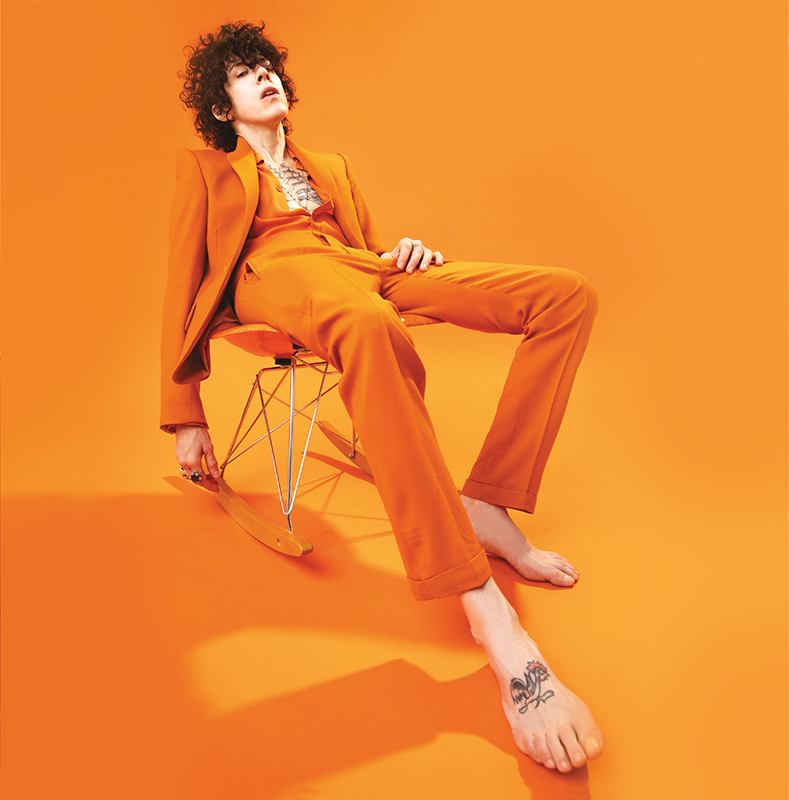 A few years removed from opening for Bryan Ferry and his Jazz Orchestra at the Lincoln Theatre, I.M.P. Productions presents a return engagement of the lesbian rocker Laura Pergolizzi, who goes simply by her initials. While her slightly snarled, full-throated voice eerily echoes Gwen Stefani’s, LP’s style is very rooted in the sincere and passionate style of arguably her two greatest influences, Janis Joplin and Melissa Etheridge. Fun fact: LP co-wrote Rihanna’s “Cheers (Drink To That)” and Christina Aguilera’s “Beautiful People,” both from 2010.) LP tours in support of her new album, Heart to Mouth, which includes one candidly honest autobiographical track after another. Wednesday, Feb. 20. Doors at 7 p.m. 9:30 Club, 815 V St. NW. Tickets are $25. Call 202-265-0930 or visit www.930.com. 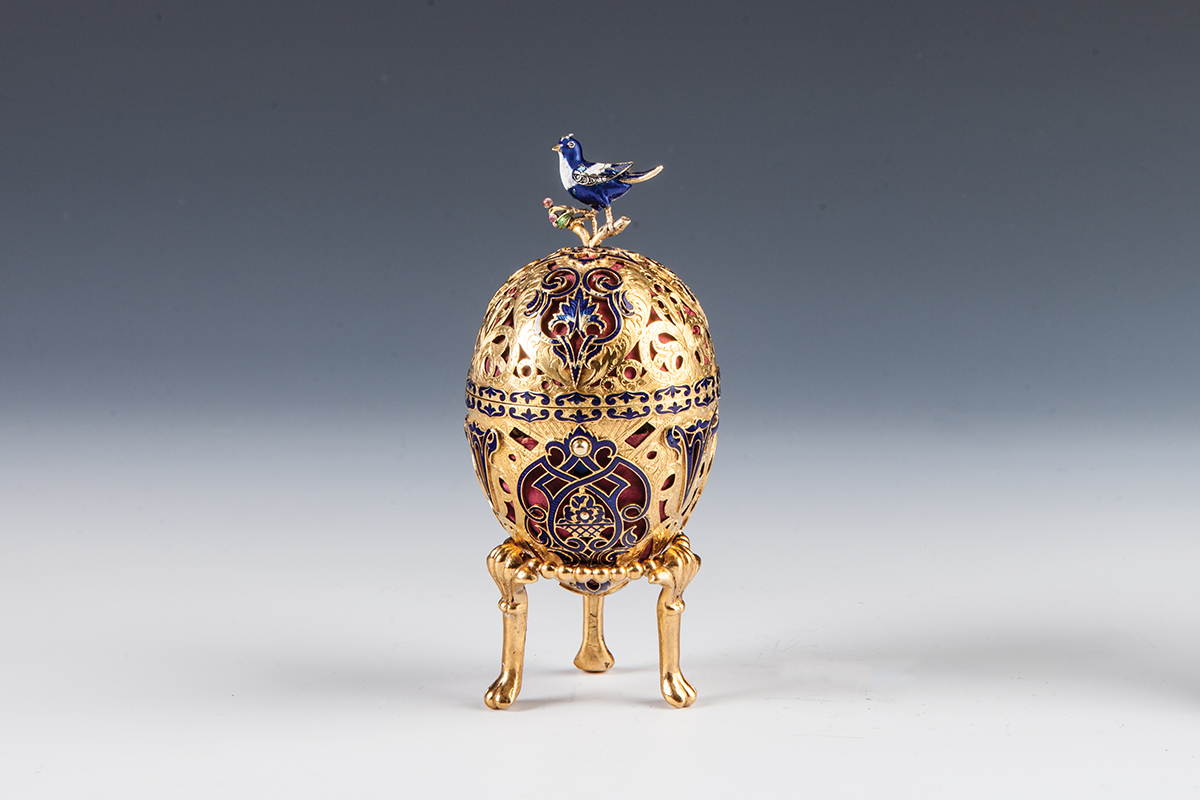 Perfume & Seduction: Perfume Bottle and Case in the Shape of an Egg, courtesy of Hillwood Museum & Gardens — Photo: Brian Searby

The captivating evolution of perfume bottles and accessories from the 18th through the mid-20th centuries is told through the display of nearly 150 pieces, those taken from Hillwood’s collection as well as from Givaudan, the Swiss manufacturer of fragrances and cosmetics. Complementing the exhibition are a “scented suite of workshops,” such as the Hands-on Workshop: Fragrant Floral Design in which participants will create an arrangement of blooms, offered on Saturday, Feb. 23, at 10 a.m. and 1 p.m. Exhibition opens Saturday, Feb. 16. On display to June 9. Hillwood Estate, 4155 Linnean Ave. NW. Suggested donation is $18. Call 202-686-5807 or visit www.HillwoodMuseum.org. 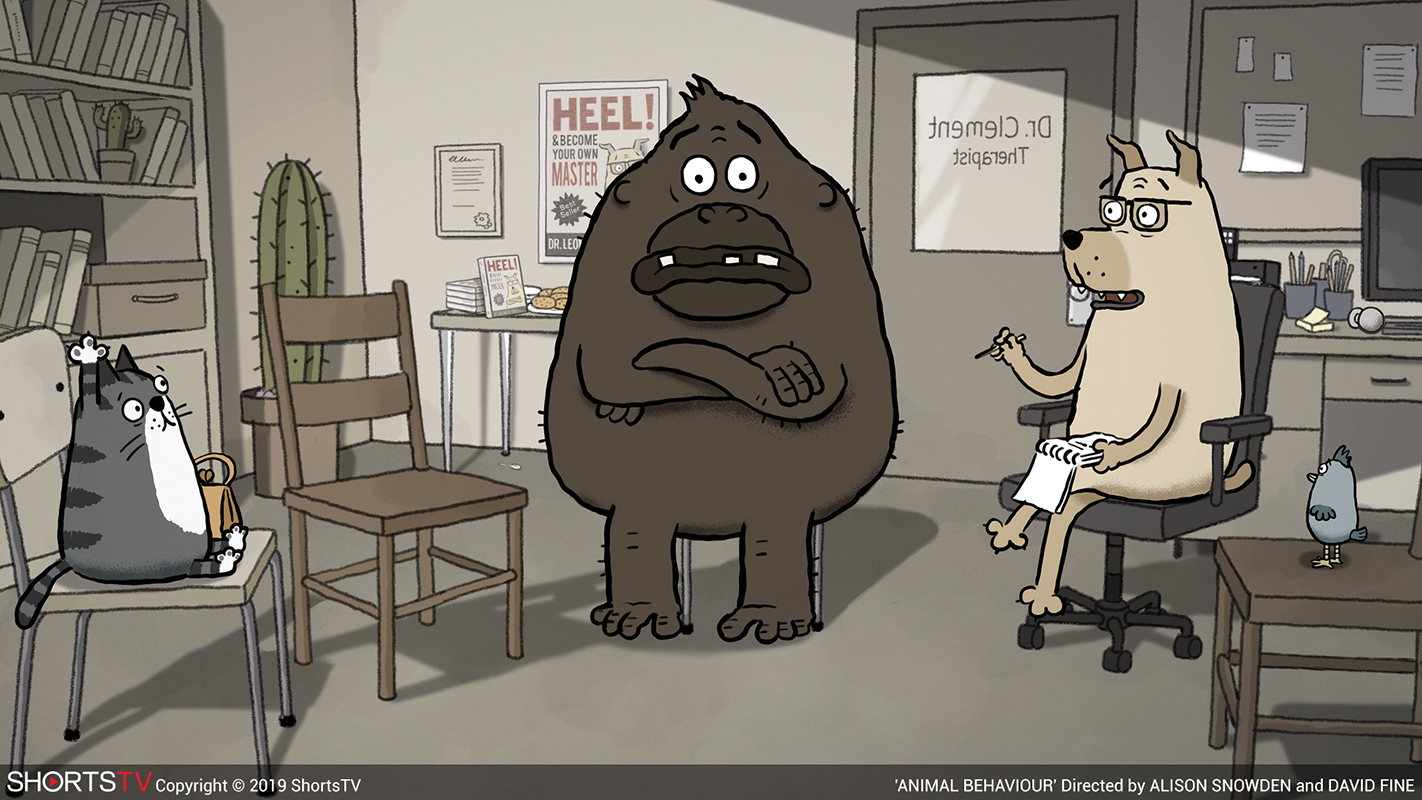 At their best, short films are often regarded as the launching pads for the directing stars of tomorrow, allowing for a remarkable variety of inspiration and technique. Every year, the Academy Awards nominates a dozen or so shorts, and Landmark Theatres offers cineastes the chance to see the nominees, which screen in three separate programs. This year’s animated category includes Bao by Domee Shi and Becky Neimann-Cobb, Weekends by Trevor Jimenez, and One Small Step by Andrew Chesworth and Bobby Pontillas, all from the U.S, plus Ireland’s Late Afternoon by Louise Bagnall and Nuria Gonzalez Blanco and Canada’s Animal Behaviour by Alison Snowden and David Fine. The program is rounded out with a couple of additional animated works. Now playing. Landmark’s E Street Cinema, 555 11th St. NW. Also Bethesda Row Cinema, 7235 Woodmont Ave. Call 202-452-7672 or visit www.landmarktheatres.com. 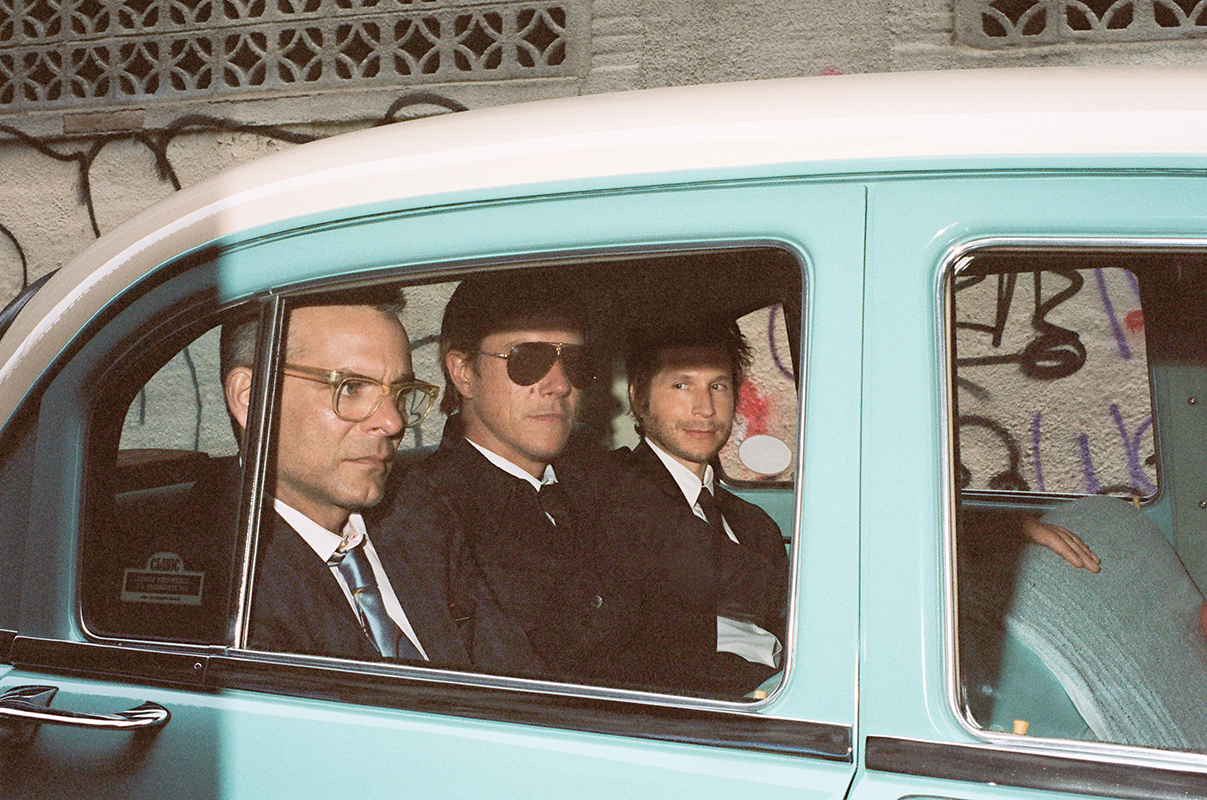 Heralded as a vital part of New York City’s early 21st century rock renaissance, this Brooklyn trio is so steeped in British post-punk/new wave, they sound like the second coming of Joy Division. And that’s possibly truer two decades into their career as dark and dramatic rockers than ever, as captured on Interpol’s sixth studio album Marauder, which pounds as well as it pouts, and batters as well as it broods. Assisted by lead guitarist Daniel Kessler and drummer Sam Fogarino, Paul Banks has never been so upfront — not only by virtue of his frayed, earnest baritone that has always characterized the band, or that of his work as the band’s bassist ever since the departure earlier this decade of Carlos Dengler, but also through his songwriting, which is more autobiographical and less detached and evocative than ever. The indie psych-pop band Sunflower Bean, also from Brooklyn, opens. Friday, Feb. 15. Doors at 6:30 p.m. The Anthem, 901 Wharf St. SW. Tickets are $40 to $55. Call 202-888-0020 or visit www.theanthemdc.com. 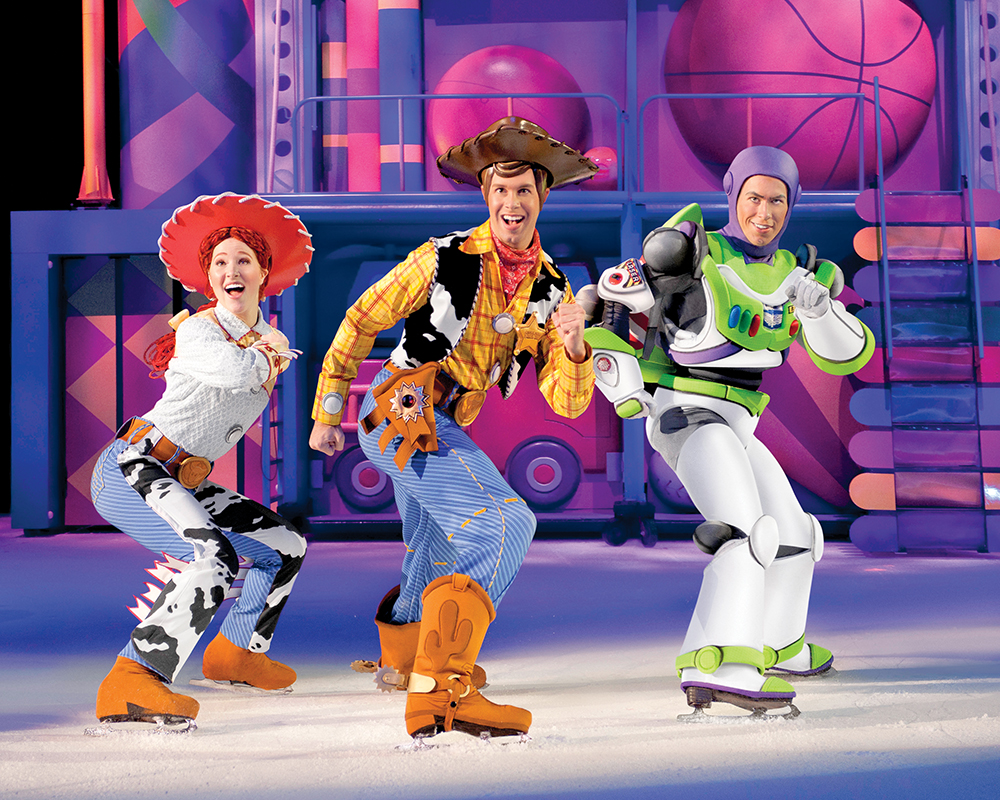 Disney on Ice: Worlds of Enchantment

DISNEY ON ICE: WORLDS OF ENCHANTMENT

Gather the family around, or at least the little tykes, who are sure to delight in seeing four favorite animated Pixar/Disney stories brought to ice this weekend at Capital One Arena. In a production from Feld Entertainment, see Lightning McQueen and crew from Cars race around, explore the undersea kingdom with Ariel from The Little Mermaid, follow the daring adventure back to Andy’s room with Buzz, Woody, Jessie, and the Toy Story gang, and enter the wintry world of Arendelle with sisters Anna and Elsa and pals Olaf and Kristoff from Frozen. And don’t miss the mouse who started it all, with Mickey’s Dance-Along Pre-Show show. Performances are Thursday, Feb. 14, at 7:30 p.m., Friday, Feb. 15, at 10:30 a.m., and 7:30 p.m., Saturday, Feb. 16, at 10:30 a.m., and 2:30 and 6:30 p.m., Sunday, Feb. 17, and Monday, Feb. 18, at 12:30 and 4:30 p.m. 601 F St. NW. Call 202-628-3200 or visit www.capitalonearena.com.