By Randy Shulman on February 28, 2019 @RandyShulman 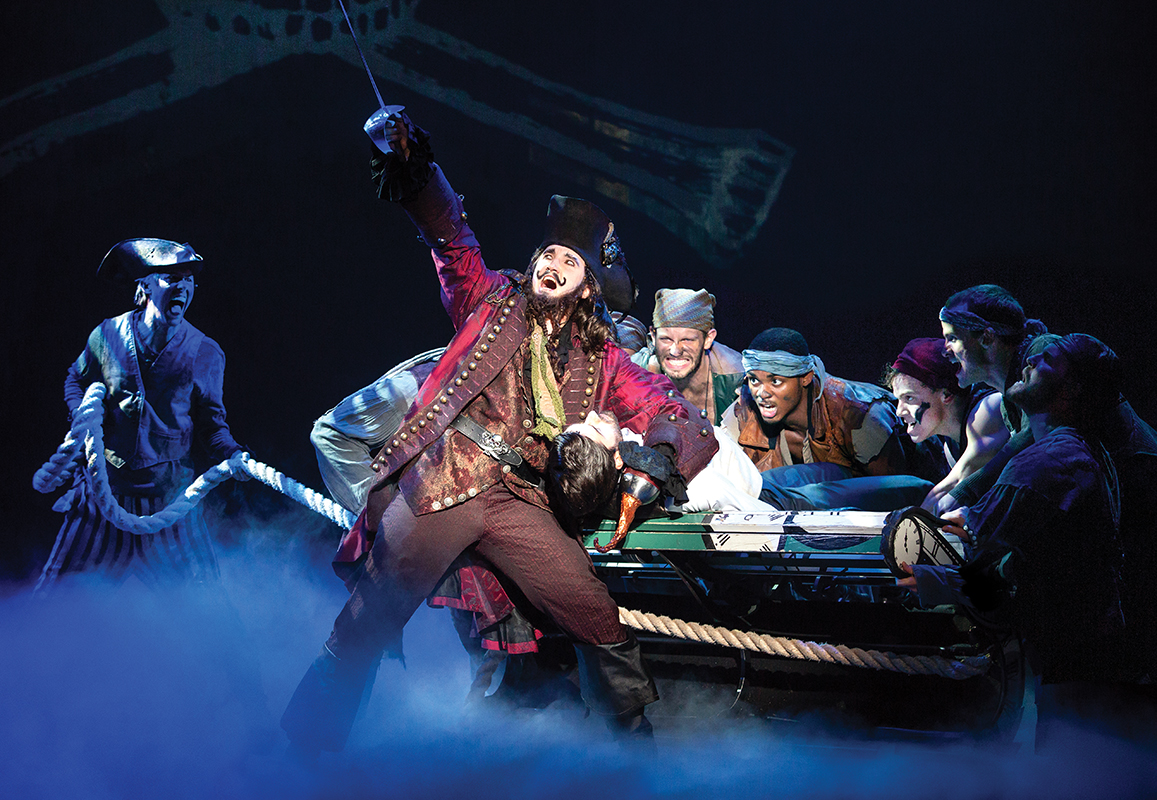 The National Theatre presents the touring production of Tony-winning director Diane Paulus’ take on the 2004 Oscar-winning film telling the story behind Peter Pan. Written by composer Scott Frankel and lyricist Michael Korie, Finding Neverland is billed as a “classic tale [that] springs spectacularly to life in this heartwarming theatrical event.” Now to March 3. National Theatre, 1321 Pennsylvania Ave. NW. Tickets are $54 to $114. Call 202-628-6161 or visit www.thenationaldc.org. 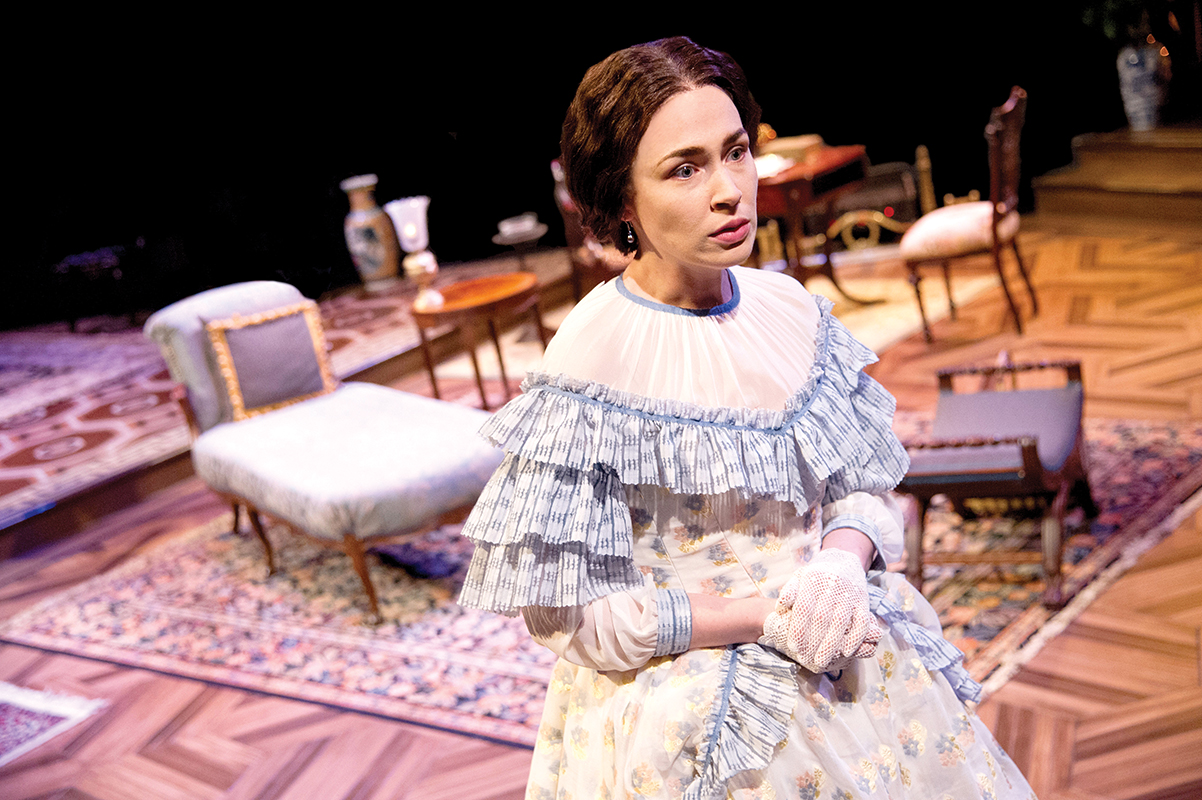 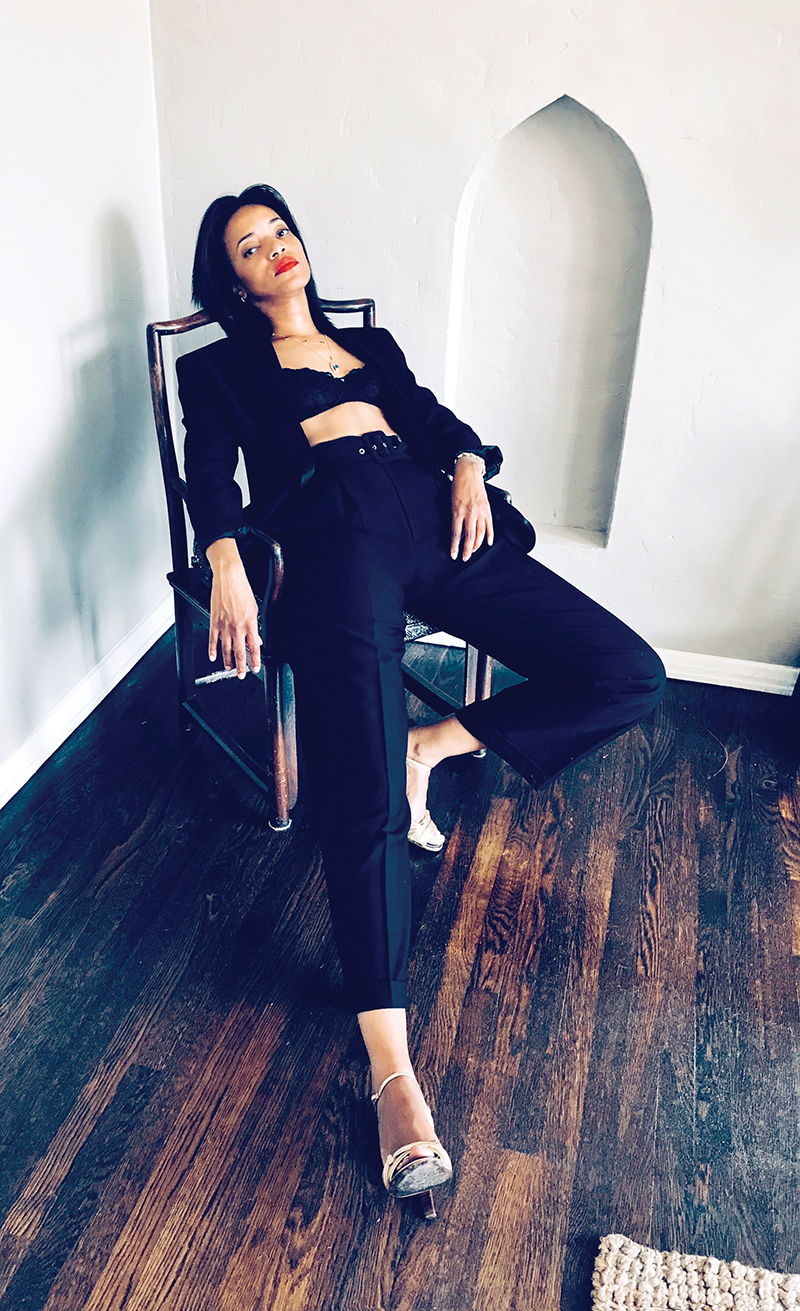 Soul-pop singer-songwriter Alice Smith is understated, sophisticated, and every bit as vocally talented as fellow four-octave ranger Christina Aguilera — except her music is better. Any moment now we should finally hear new music from Smith, with Mystery, a full-length set of original compositions. No doubt she’ll preview tracks from the album on tour, as well as perform from many of the phenomenal songs on her last album, the astonishing She, which charts the ups and downs and ins and outs of love, even just friendship, with musical twists and lyrical turns as sharp and surprising as they come. Saturday, March 8. Doors at 6:30 p.m. Lincoln Theatre, 1215 U St. NW. Tickets are $35. Call 202-888-0050 or visit www.thelincolndc.com. 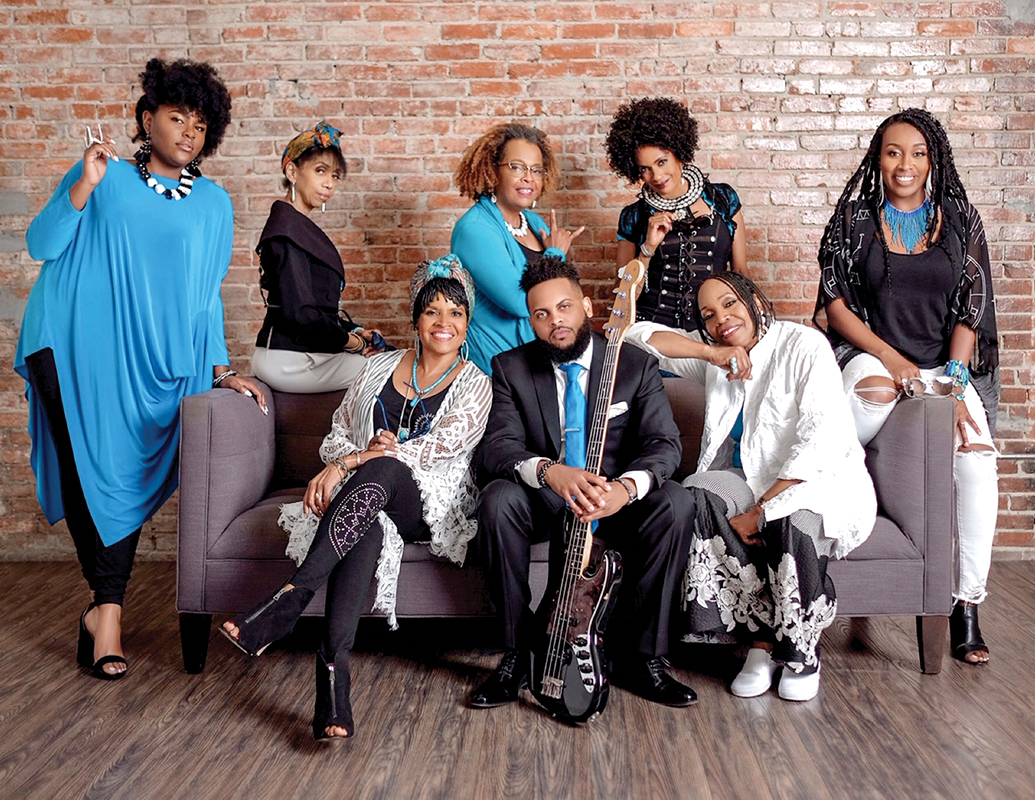 Sweet Honey In The Rock

SWEET HONEY IN THE ROCK

Formed nearly 50 years ago by four women associated with the former professional theater group the D.C. Black Repertory Company, this Grammy-winning a cappella ensemble carries on the tradition of offering socially conscious songs, such as the plaintive ballad “Are We A Nation?” Originally written in response to a restrictive immigration law passed in Arizona in 2010, the song, steeped in the music of the civil rights era, has taken on added resonance of late with Trump’s push for immigration restrictions at the national level. Sunday, March 3, at 7:30 p.m. Birchmere, 3701 Mt. Vernon Ave., Alexandria. Tickets are $45. Call 703-549-7500 or visit www.birchmere.com. 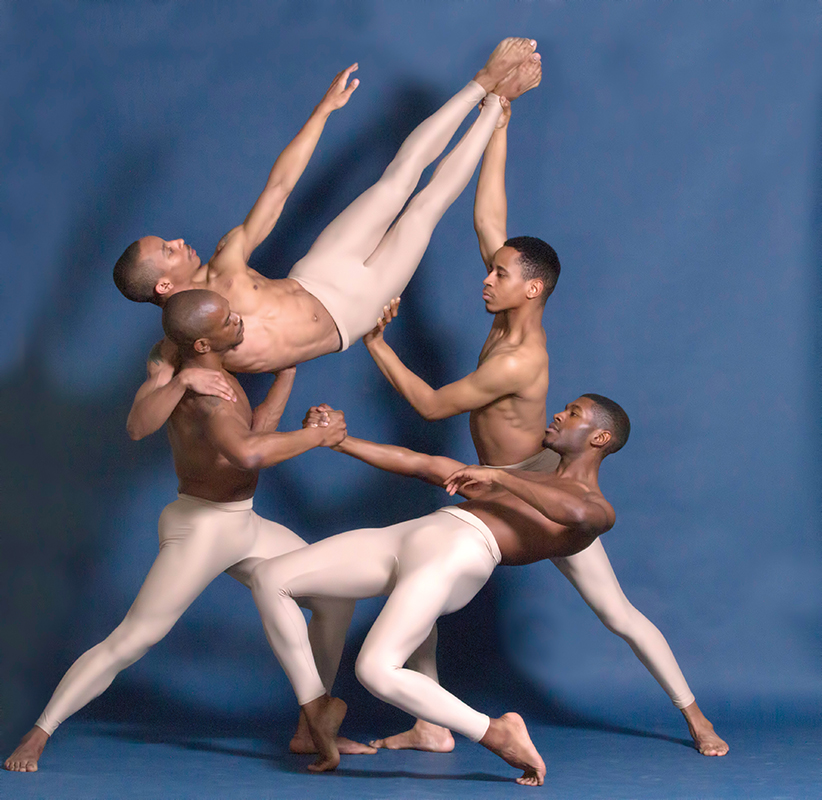 A perennial draw at the Atlas Intersections festival, the top-notch professional company founded and led by gay African-American choreographer Shawn Short returns with a new evening-length contemporary ballet. Set to the music of Ezio Bosso, Fluid draws inspiration from physical theater and Afro-modern dance and features a cast exploring the emotional issues of trust, lost, betrayal, and love. Sunday, March 3, at 2:30 p.m. The Paul Sprenger Theatre in the Atlas, 1333 H St. NE. Tickets are $30. Call 202-399-7993 or visit www.atlasarts.org. 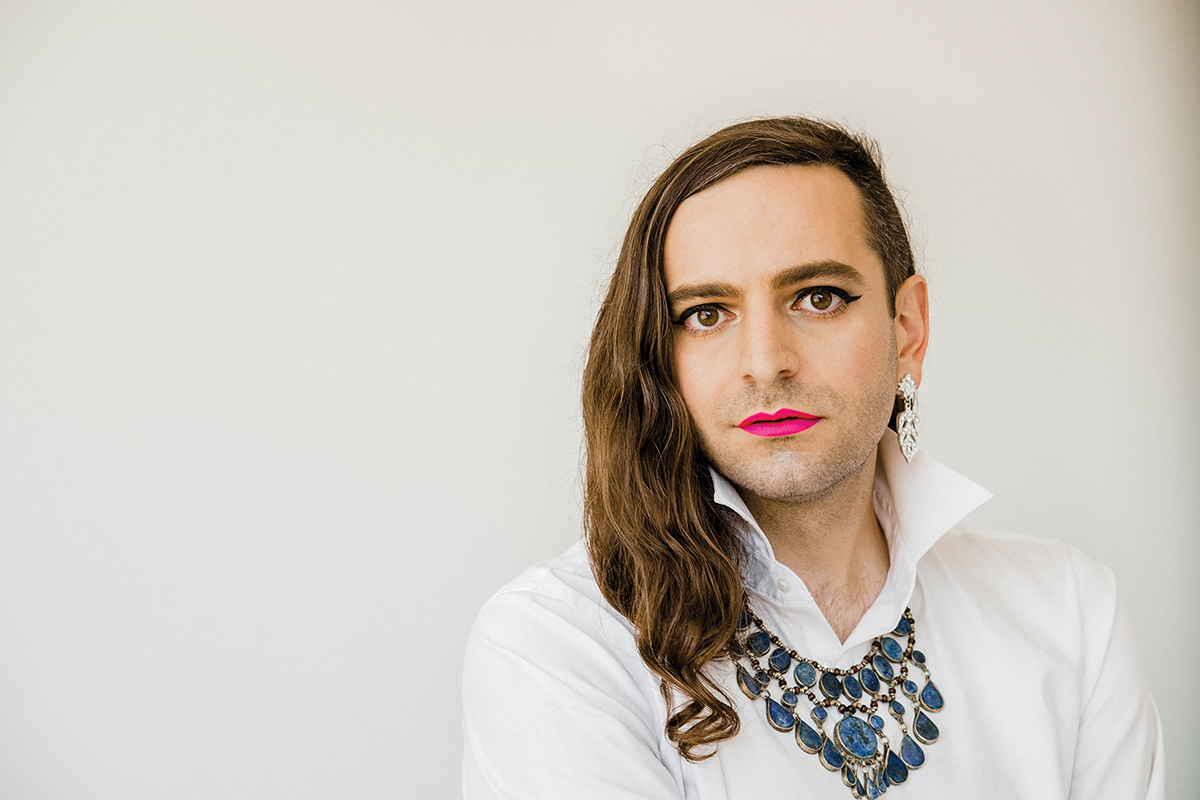 Brought up as a boy and shamed as a “sissy,” Tobia has become a leading voice on behalf of the nonbinary and genderqueer communities as creator and co-host of the NBC News series “Queer 2.0” and as a member of the Biden Foundation’s Advisory Council for Advancing LGBTQ Equality. In Sissy: A Coming-of-Gender Story, Tobia writes with wit, humor, and sass about the challenges of living between genders, with a goal of overturning assumptions about gender and celebrating gender diversity. The Washington Post‘s Jonathan Capehart joins Tobia to lead a discussion about the book. Wednesday, March 6, at 7 p.m. Politics and Prose at the Wharf, 70 District Square SW. Call 202-488-3867 or visit www.politics-prose.com. 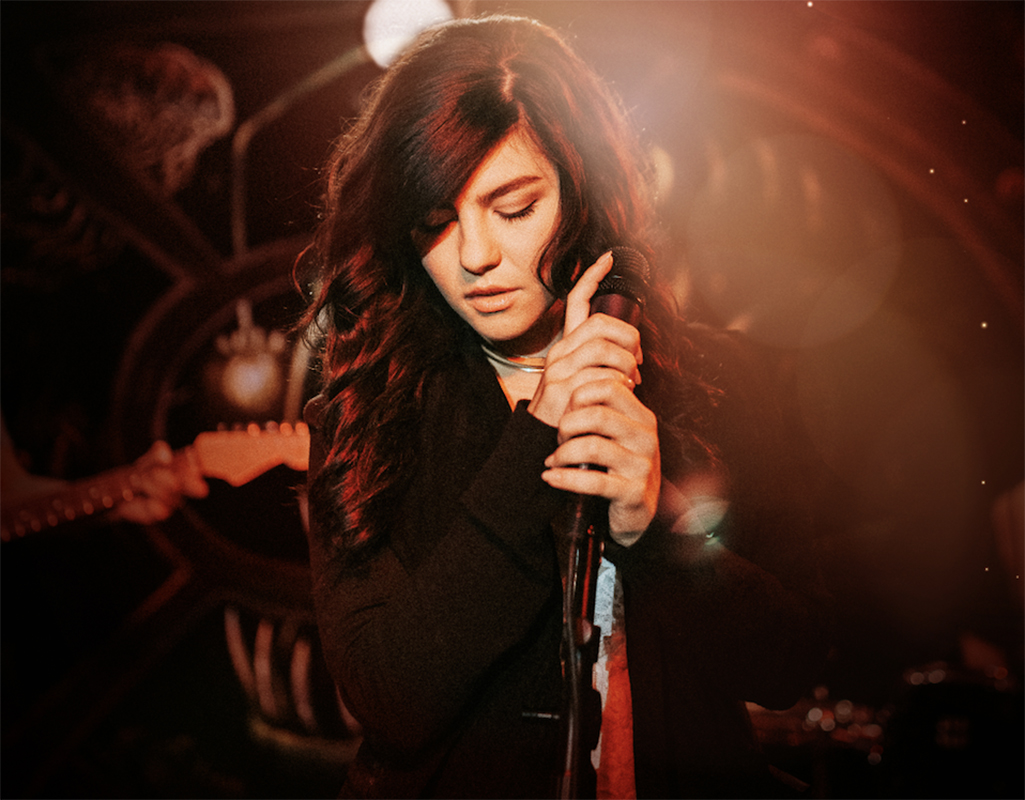 Billed as the oldest of its kind in the nation’s capital, this year’s DC Independent Film Festival offers several screenings of note for the LGBTQ community, including Transformistas, Chad Hahne’s documentary portrait of Cuban drag queens that will be have its world premiere, with a post-screening reception with the director, on Wednesday, March 6, at the Human Rights Campaign. Others include WBCN and the American Revolution, Bill Lichtenstein’s documentary about Boston’s underground radical radio station that in 1973 launched “The Lavender Hour,” the first LGBTQ program on commercial radio, on Thursday, March 7, at the Carnegie Institution for Science; and Dakota, a locally made feature by director Roberto Carmona about a talented young singer who aspires to stardom and features singer-songwriter Phoebe Ryan in her debut acting role alongside Jake Etheridge from Nashville and Holly Twyford, on Saturday, March 9, at the Carnegie Institution. The festival opens Friday, March 1, at its primary venue, the Miracle Theatre in Barracks Row, with Ordinary Gods, highlighting the resilience and relationships it takes to thrive in the world’s most beloved sport of soccer, the debut feature from director Pascui Rivas. And in its first two nights it presents three screenings in a retrospective of director Phillip Noyce, including Dead Calm with Nicole Kidman, Sam Neill, and Billy Zane, Newsfront with Bill Hunter, Gerard Kennedy, and Wendy Hughes, and The Quiet American with Michael Caine and Brendan Fraser. Most directors will be in attendance at the festival, which runs to Sunday, March 10. Individual tickets are $8 to $11 plus fees. Passes range from a one-day weekend pass at $48, to an all-access festival pass at $210. For a full schedule and details, visit www.dciff-indie.org. 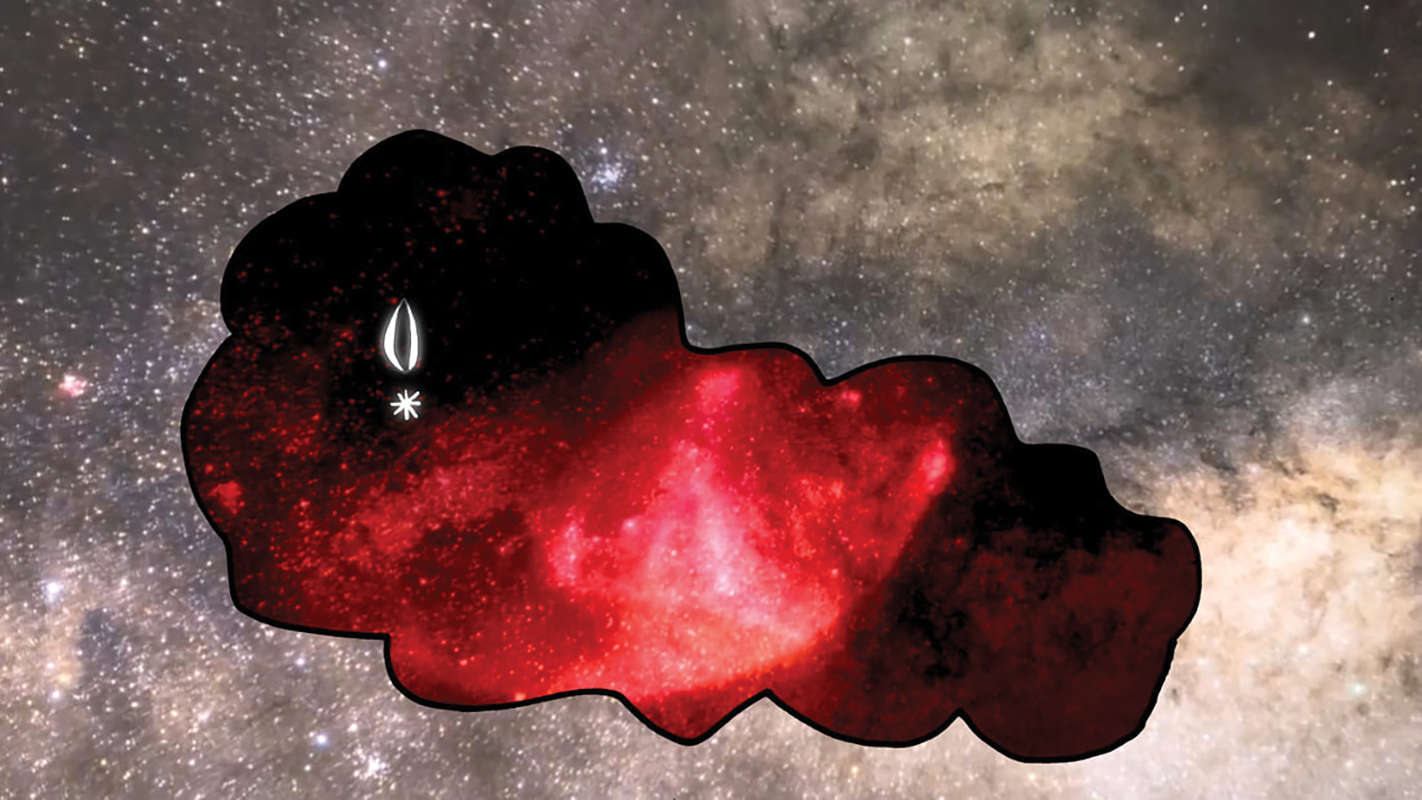 Madsen Minax: The Source is a Hole

EVERY HOLE, A PORTAL: FILMS BY MADSEN MINAX

On two different evenings next week, the Washington Project for the Arts presents screenings of films by Madsen Minax. The queer experimental filmmaker and installation artist’s work in documentary and hybrid formats presents nonlinear narratives exploring hidden networks of interconnectedness, drawing on the filmmaker’s participation in justice-oriented communities. First up is Kairos Dirt & The Errant Vacuum, a surrealist feature-length film about a queer lunch lady and a non-binary student who discover a fantastic alternate dimension occupied by a genderless apparition, screening Thursday March 7, at 8 p.m. at Suns Cinema, 3107 Mt. Pleasant St. NW. Two nights later comes a screening of three of Minax’s short films: Because of Us, in which a mystical voice guides viewers through a near-death experience using found footage and animated skyscapes; The Source is a Hole, presenting another mystical voice and a series of holes through which viewers can travel, perceive, accept, and speak; and The Eddies, about a death-obsessed transsexual searching for human connection in the worlds of online hookups and storm tunnels. After the screening comes a discussion with Minax, documentary filmmaker Dawne Langford, and photographer and Homosuperior musician Farrah Skeiky, moderated by curator Eames Armstrong, all taking place at WPA’s North Shaw locale, 2124 8th St. NW. Call 202-234-7103 or visit www.wpadc.org.

It’s a pricey ticket, but for a great cause — Signature Theatre itself — and the star power is through the roof for musical theater fans. Tony winner Cynthia Erivo (The Color Purple), Heidi Blickenstaff and Norm Lewis will perform in tribute to record-breaking six-time Tony, Grammy, and Emmy Award winner Audra McDonald, along with Helen Hayes Award winners and Signature favorites Tracy Lynn Olivera (A Little Night Music) and Nova Y. Payton (Hairspray). McDonald, an early and fierce advocate for marriage equality and equal rights, will be feted with Signature’s 10th Stephen Sondheim Award, joining other towering musical theater giants from Angela Lansbury to Bernadette Peters, Harold “Hal” Prince to Jonathan Tunick. Meanwhile, U.S. Representative Don Beyer, of Virginia’s 8th Congressional District, will be honored with the inaugural J. Watkins Distinguished Service Award, a new recognition for community leaders who’ve made an extraordinary impact in the greater D.C. community through advocacy and passion for the arts and arts education. Monday, March 4. Embassy of Italy, 3000 Whitehaven St. NW. Individual tickets to the Black Tie event, including dinner and cocktails, are $1,000. Call 571-527-1828 or visit www.signature-theatre.org. 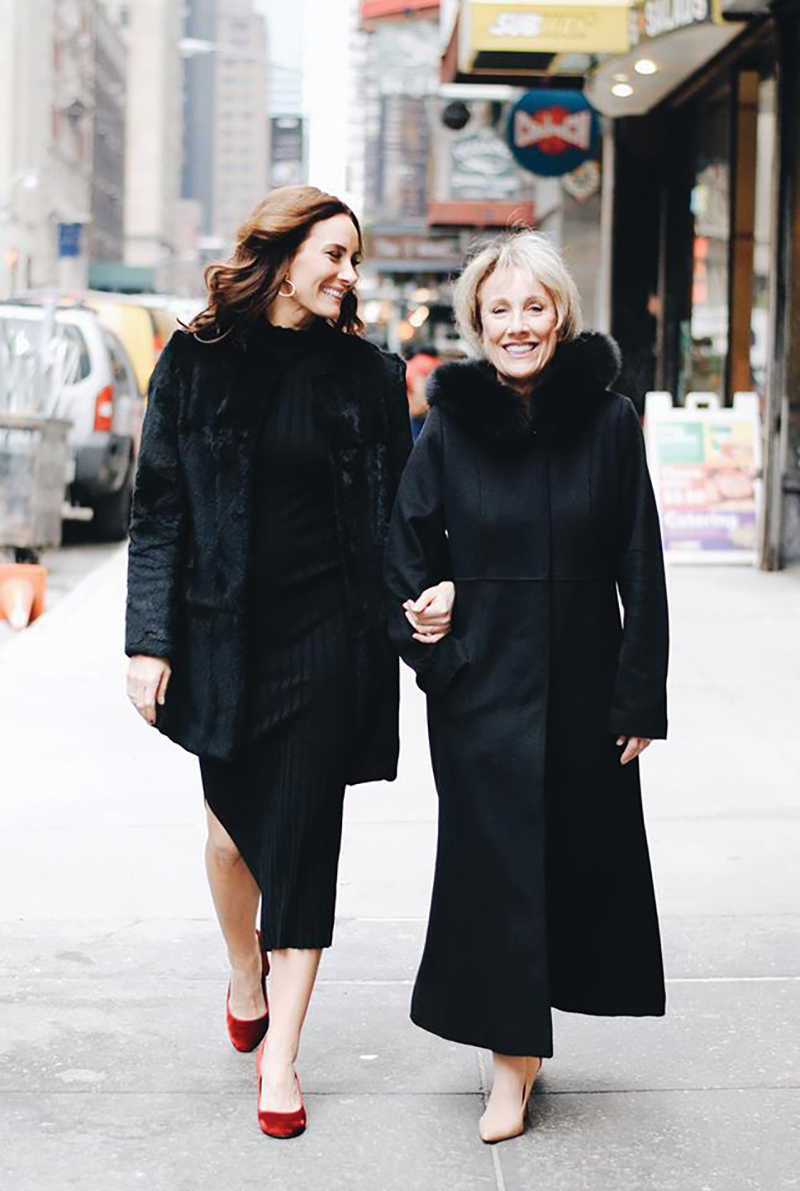 A year after Renée Fleming put together this mother-daughter cabaret as part of her Voices program at the Kennedy Center, the Barns at Wolf Trap offers a reprise. The star of the show is Laura Benanti, the Tony-winning Broadway triple-threat (Gypsy) taking a night off as Eliza Doolittle in the current hit Broadway revival of My Fair Lady. No question Benanti inherited the performative gene: Both of her parents were recognized theater actors, and Linda Benanti would go on to become her young daughter’s first voice teacher — helping to shape her musical outlook and career. The two will share stories and songs of their lives and careers, as well as reflect on and celebrate their relationship. Saturday, March 9, at 3 and 8 p.m. 1635 Trap Road, Vienna. Tickets are $40 TO $45. Call 877-WOLFTRAP or visit www.wolftrap.org.

LIONEL BRINGUIER WITH THE NSO

A dozen years after becoming the youngest-ever assistant conductor of the L.A. Philharmonic at the age of 20, Lionel Bringuier, that esteemed orchestra’s resident conductor since 2011, is more than ready for his Kennedy Center debut. Bringuier premieres with Mozart’s formidable Violin Concerto No. 5 featuring Gil Shaham, “one of today’s preeminent violinists” per the New York Times. This NSO program also includes symphonic fragments from The Spider’s Feast by Bringuier’s French compatriot Albert Roussel as well as Petrushka by Igor Stravinsky, two ballets that premiered a century ago. The opening concert, on Thursday, Feb. 28, at 7 p.m., features a mini-recital “Organ Postlude” from Russell Weismann of Georgetown University on the Concert Hall’s Rubenstein Family Organ, while the Friday, March 1, performance at 11:30 a.m. is styled as a Coffee Concert, with à la carte breakfast items available in the KC Café starting at 9:30 a.m. Meanwhile, the concert on Saturday, March 2, at 8 p.m., is preceded by a scholar-led “behind the music” ForeWords session beginning at 6:45 p.m. Tickets are $15 to $89. Call 202-467-4600 or visit www.kennedy-center.org.