By Metro Weekly Contributor on February 21, 2019 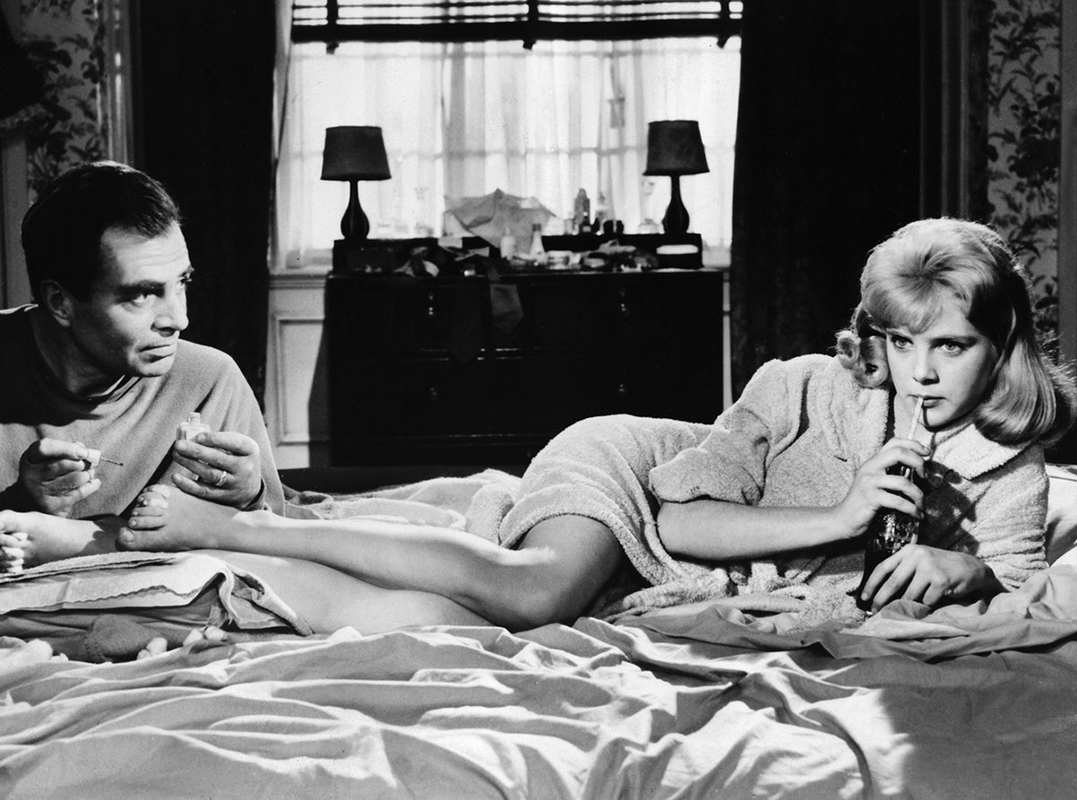 If he had to do it all over again, Stanley Kubrick once said he probably wouldn’t have bothered adapting Vladimir Nabokov’s novel. The late, legendary filmmaker did not anticipate the level of controversy, criticism, and censorship he faced in bringing the drama to the big screen in 1962 — something he was only able to do after acceding to restrictions by the Motion Picture Association of America that forced him to tone down the more provocative aspects of the tale, about a middle-aged lecturer who becomes sexually obsessed with a young adolescent girl. Ultimately, it’s a wonder Lolita got made at all, something that seems especially implausible in today’s #MeToo and #TimesUp era. And yet, critics today pretty uniformly regard it as a masterpiece, with filmmaker David Lynch, for one, citing it as his favorite Kubrick film. You can see if you agree as well as consider reappraising Lolita next week, when Landmark’s West End Cinema returns the work to the big screen as part of its invaluable Capital Classics series. Starring James Mason, Shelley Winters, Sue Lyon, and the inestimable Peter Sellers. Wednesday, Feb. 27, at 1:30, 4:30, and 7:30 p.m. 2301 M St. NW. Happy hour from 4 to 6:30 p.m. Tickets are $12.50. Call 202-534-1907 or visit www.landmarktheatres.com/washington-d-c/west-end-cinema. 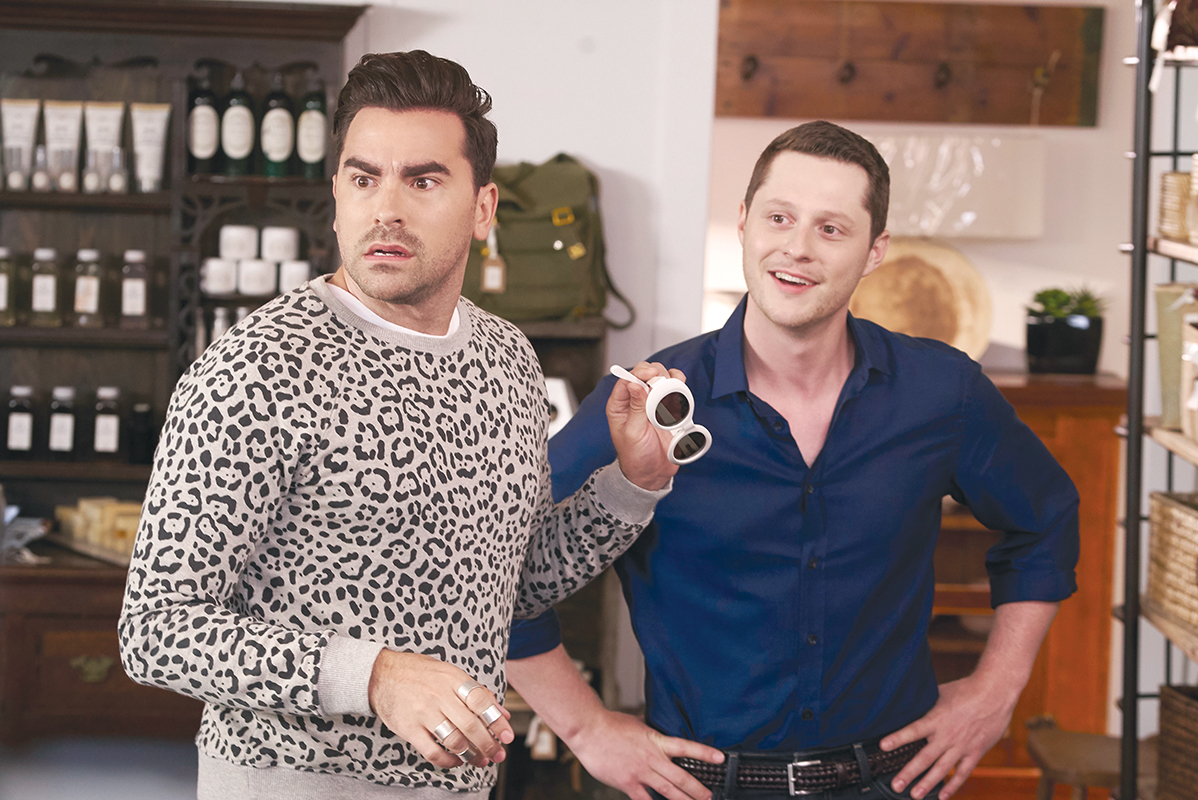 SCHITT’S CREEK: UP CLOSE AND PERSONAL

One of the most popular series available for streaming on Netflix, Schitt’s Creek is a quirky, thoroughly Canadian show that has spread like wildfire for all the right reasons. The series wouldn’t be half as strong or hilarious without Eugene Levy and Catherine O’Hara’s over-the-top portrayals of Johnny and Moira Rose, a formerly rich and famous couple who’ve washed up in a dreary small town — proverbially without a paddle. Yet Schitt’s Creek wouldn’t exist at all were it not for Daniel Levy, who enlisted his father to help turn his inspired kernel of an idea into a full-fledged series, and proceded to cast himself as David Rose, the pampered gay son. As it happens, it was also the younger Levy’s idea to take the show on the road, sharing behind-the-scenes stories and insights and taking questions from the audience. “The idea of putting a live show together really stemmed from the enthusiasm of the fans and the desire to provide a venue where we could celebrate the show with them,” Levy told the Los Angeles Times. In addition to the Levys and OHara, the tour features Annie Murphy, who plays Alexis, the Roses’ other spoiled, self-absorbed spawn, as well as Emily Hampshire (motel manager Stevie) and Noah Reid (David’s boyfriend Patrick). Unfortunately, enthusiasm among D.C. fans was so great, the one-night-only show, set for this Friday, Feb. 22, at 8 p.m., sold out long ago. That said, tickets are available via online resellers such as StubHub and VividSeats, ranging in price from $100 to $150 each. D.A.R. Constitution Hall, 1776 D St. NW. Call 202-628-1776 or visit www.dar.org/conthall. 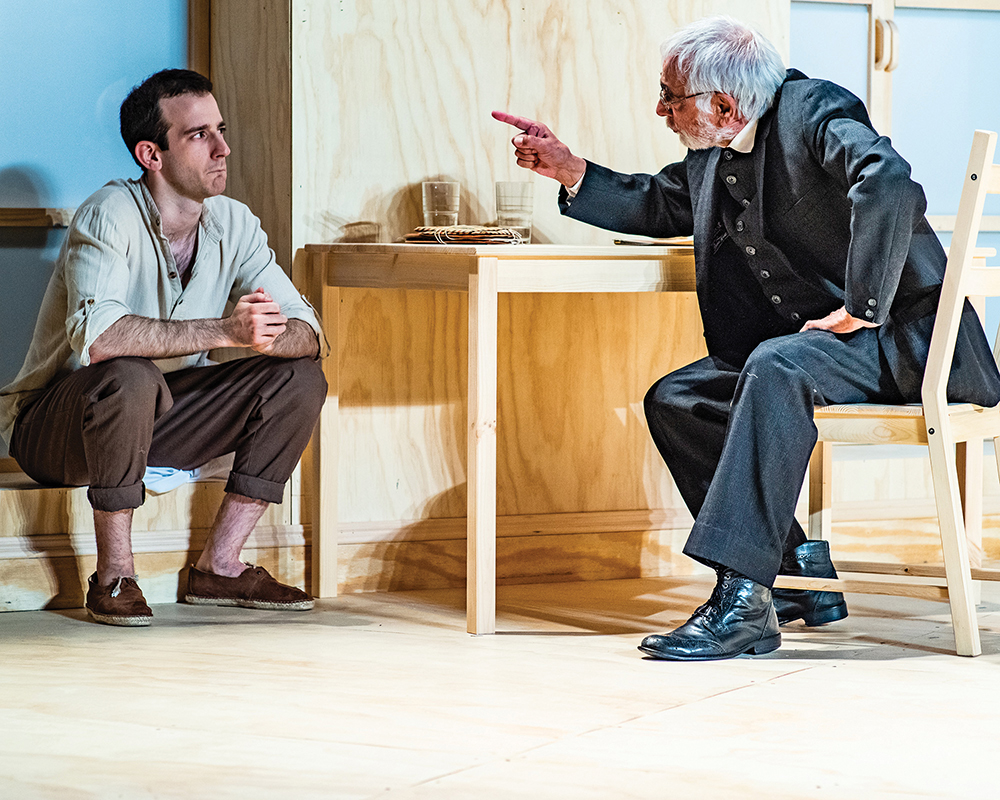 The Old Man the Youth and The Sea — Photo: Stan Weinstein

THE OLD MAN, THE YOUTH, AND THE SEA

GALA Hispanic Theatre presents the world premiere of a play it commissioned from Irma Correa, one of Spain’s rising young playwrights, who takes on the tale of Spain’s renowned poet and philosopher Miguel de Unamuno, forced into exiled almost a century ago due to his opposition to the dictator Miguel Primo de Rivera. Helen Hayes Award-winning director José Luis Arellano (2016’s Yerma) helms GALA’s production of El viejo, el joven y el mar, performed in Spanish with English surtitles featuring a cast led by Horacio Peña as Unamuno. The play explores the notions of conflicting loyalties to one’s country and to the moral fight for a just society. Now to March 3. Tivoli Square, 3333 14th St. NW. Tickets are $30 to $48. Call 202-234-7174 or visit www.galatheatre.org. 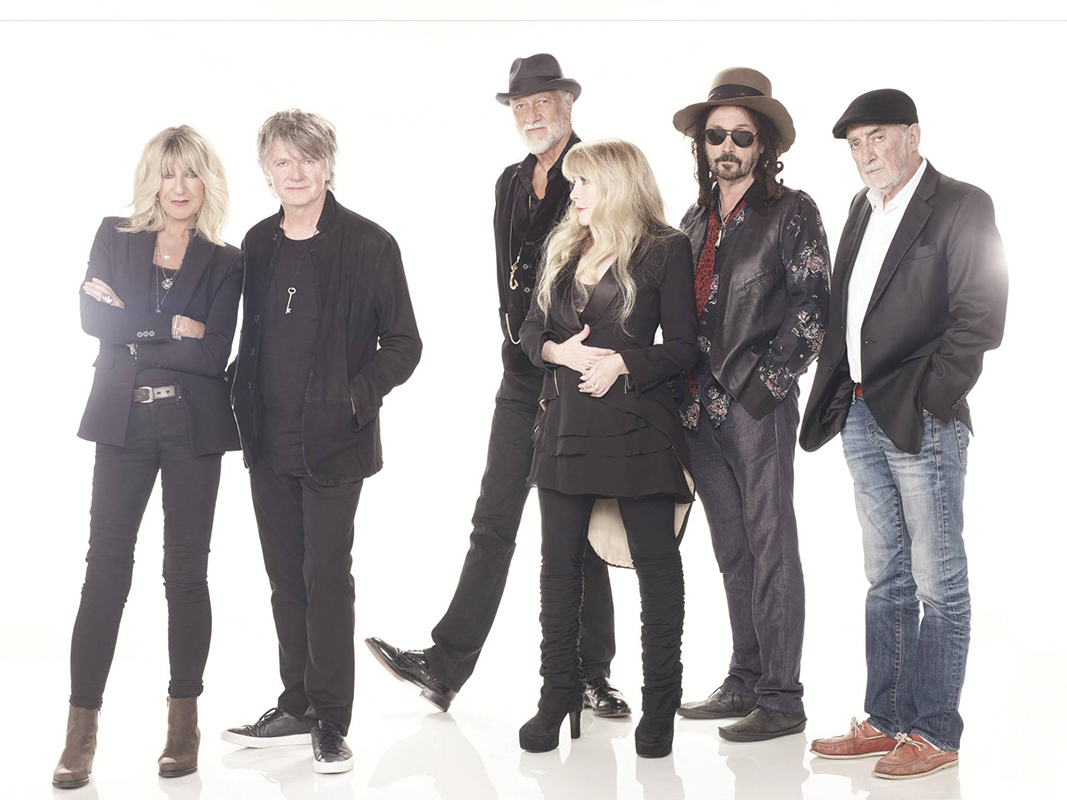 Lindsey Buckingham is out, Mike Campbell of Tom Petty and the Heartbreaker and Neil Finn of Crowded House are in as part of a revamped lineup of the legendary rock band that Mick Fleetwood founded 52 years ago. They join band veterans John McVie, Christine McVie, and the indelible Stevie Nicks on an extensive North American stadium tour presented by LiveNation. Tuesday, March 5, at 8 p.m. Capital One Arena, 601 F St. NW. Call 202-628-3200 or visit www.capitalonearena.com. 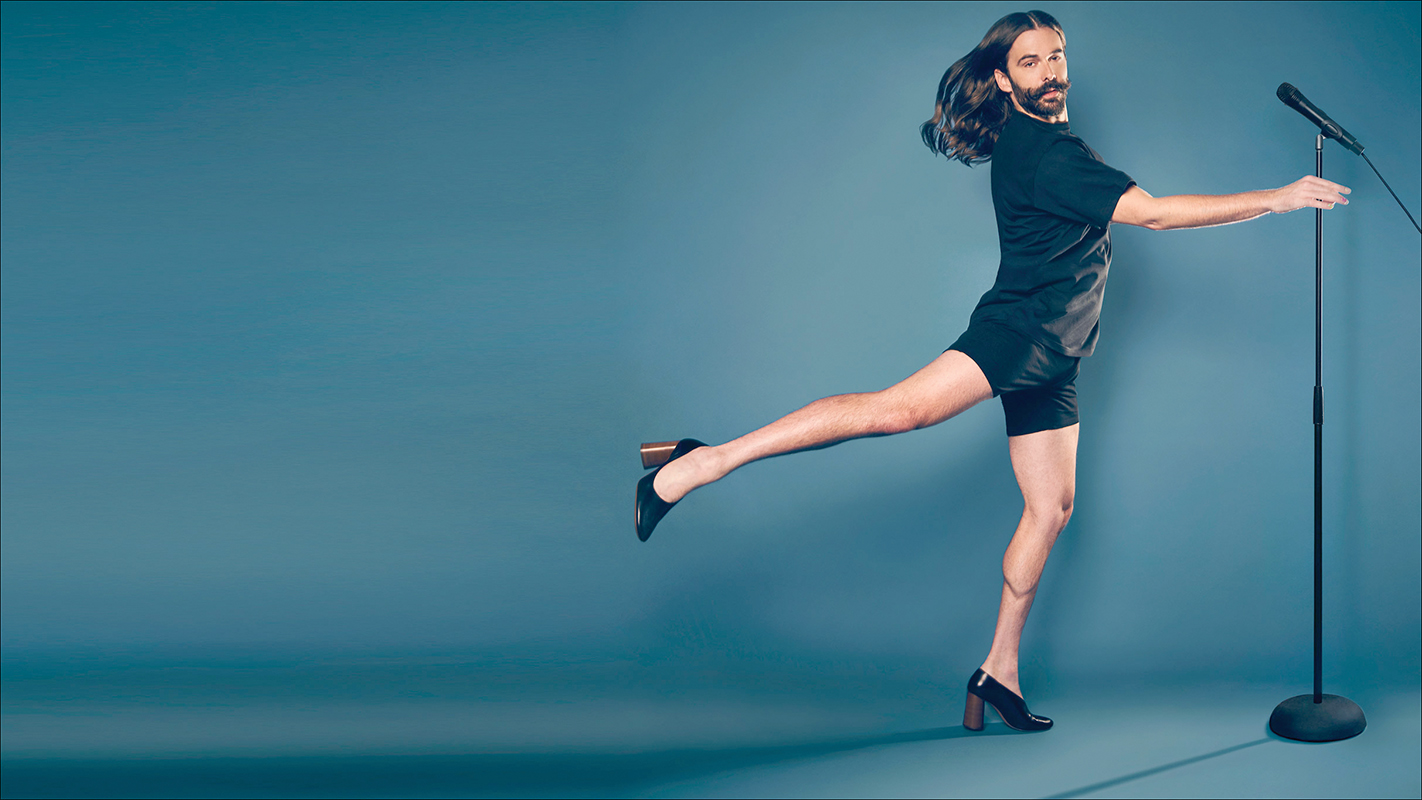 He’s long made his career as a hairstylist to the stars in Hollywood. Yet in the past year, Jonathan Van Ness has become known as the breakout star of Netflix’s Emmy-winning Queer Eye reboot, where he’s the grooming guru and self-care advocate. Even so, Van Ness isn’t content with any of that, or in the knowledge that he’s made everyone cry via Queer Eye. In fact, at the moment he wants to make you laugh, touring around with his own standup show. If you’re a Van Ness fan in need of some good laughs, you’ll have to take a number, and make your way to Baltimore, as his debut stop at the Kennedy Center on Friday, March 1, is sold out. Tickets remain for the show Saturday, March 2, at 7 p.m. Hippodrome Theatre, 12 North Eutaw St., Baltimore. Tickets are $65 to $146. Call 410-547-SEAT or visit www.france-merrickpac.com. 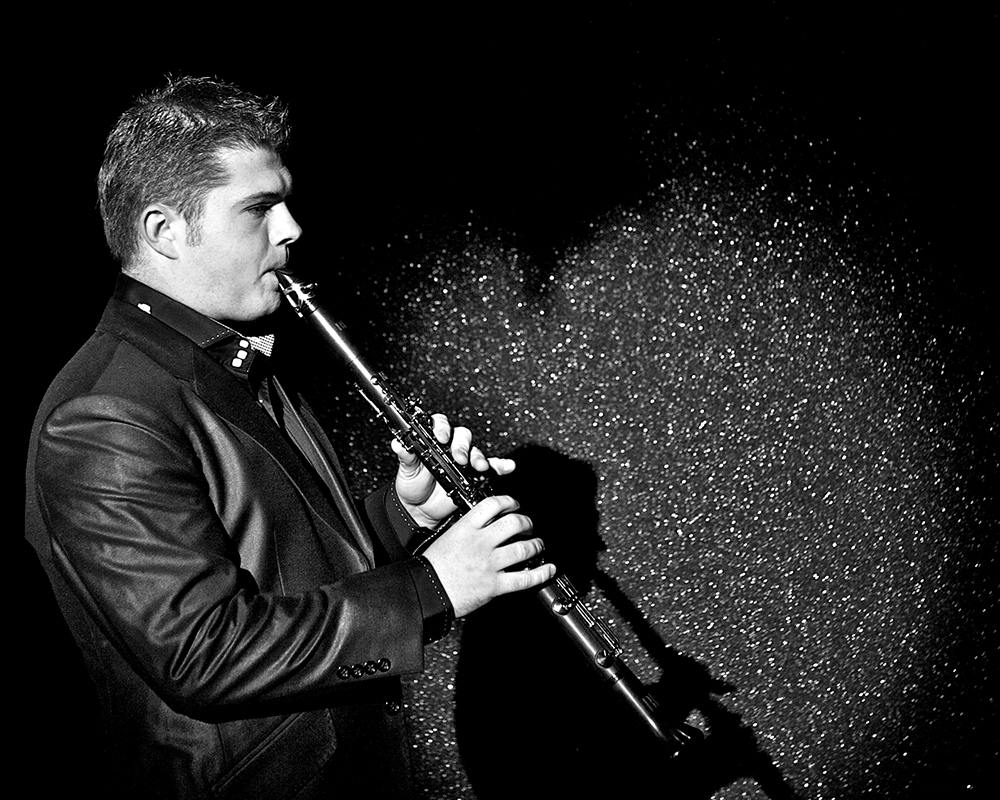 Virtuoso clarinetist Julian Bliss leads his band on “A Stroll Down Tin Pan Alley,” sharing anecdotes and stories in between performances of American Songbook standards written by George Gershwin and his contemporaries. The program includes a suite from iconic Porgy and Bess, an excerpt from the beloved Rhapsody in Blue, plus classic tunes from “I Got Rhythm” to “Embraceable You” to “Lady Be Good.” Friday, March 1, at 8 p.m. Merchant Hall in the George Mason University Center for the Arts, 4373 Mason Pond Drive, Fairfax. Tickets are $28 to $46. Call 888-945-2468 or visit www.cfa.gmu.edu. 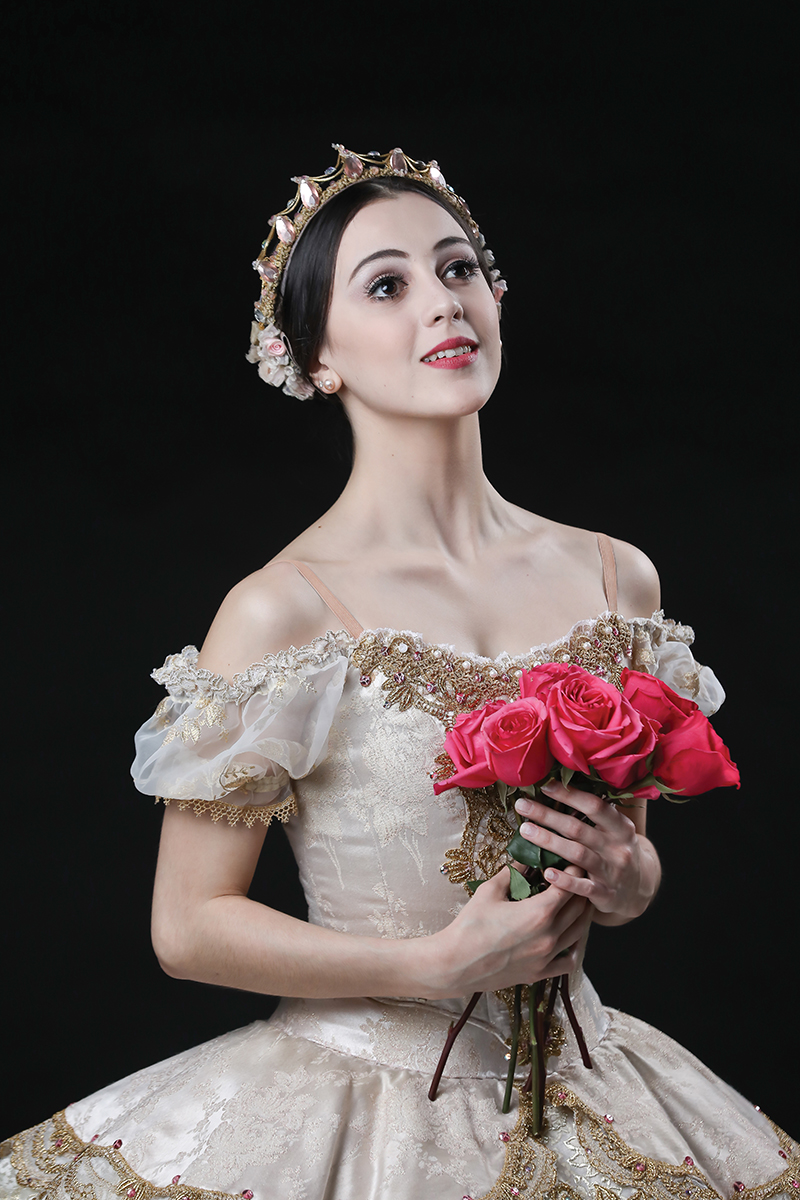 THE WASHINGTON BALLET: THE SLEEPING BEAUTY

For the third year in a row the Hamilton Live! hosts concerts dubbed the official after-parties for the Tedeschi Trucks Band shows taking place around the corner at the Warner Theatre. On Saturday, Feb. 23, comes a band some consider New Orleans’s “best kept secret,” the boisterous blend of funk, jazz, rock, and hip-hop known as the Funky Nation, a six-piece outfit led by “Big Sam” Williams, a former member of the Dirty Dozen Brass Band who had a recurring role on the HBO series Treme. Doors at 11:30 p.m. 600 14th St. NW. Tickets are $10. Call 202-787-1000 or visit www.thehamiltondc.com.

Logan Circle’s small but mighty gallery Transformer presents a new series of paintings from Ibata in its 16th Annual DC Artist Solo Exhibition. A copyist at the National Gallery of Art educated at the Corcoran College of Art & Design as well as New York Academy of Art, Ibata reflects the complexities of growing up in an American culture steeped in violence and focuses on the psyches of hardened men. On display to Feb. 23. Transformer, 1404 P St. NW. Call 202-483-1102 or visit www.transformerdc.org. 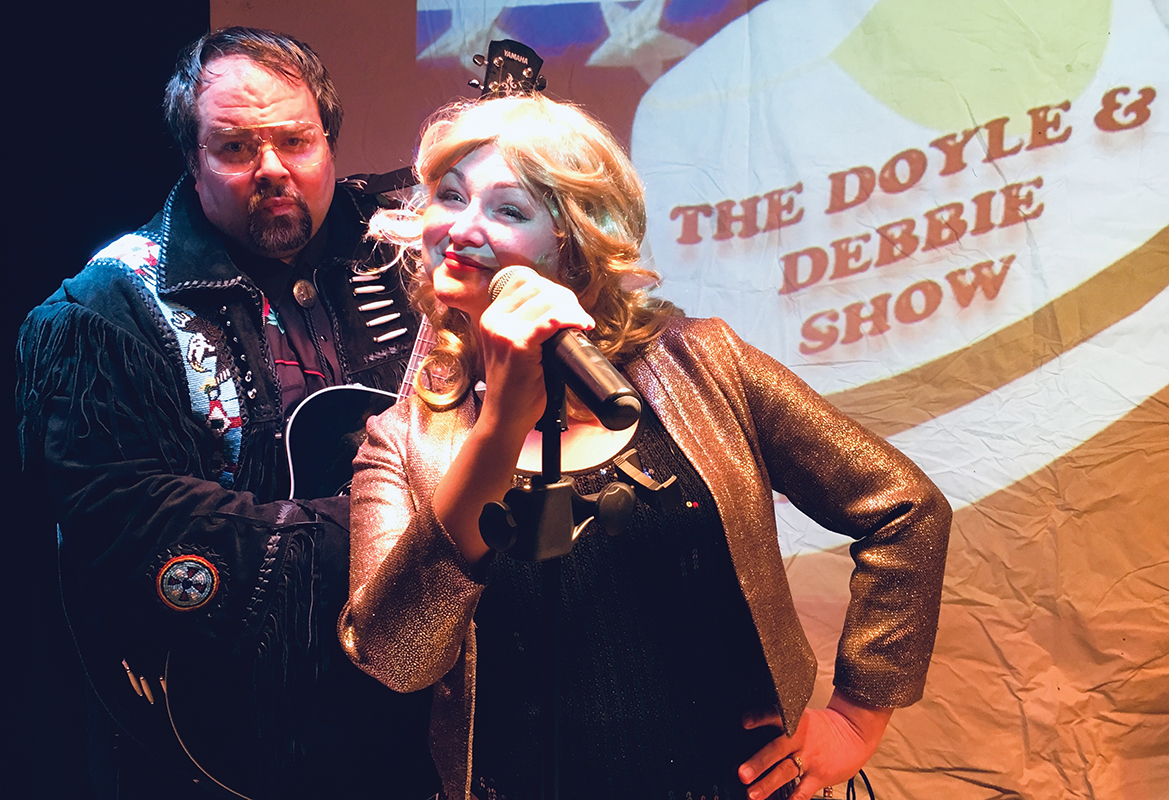 THE DOYLE AND DEBBIE SHOW / PUFFS

The eccentric Landless Theatre Company returns with two shows staged in repertory at the District of Columbia Arts Center. There’s Bruce Arnston’s parody The Doyle and Debbie Show, which simultaneously lampoons and idolizes country music’s tradition of iconic duos and their subsequent battle of the sexes, starring Andrew Lloyd Baughman and Karissa Swanigan-Upchurch and directed by John Sadowsky (Gutenberg! The Musical!). And then there’s Puffs, or Seven Increasingly Eventful Years at a Certain School of Magic & Magic, Matt Cox’s tale of those who just happened to attend Wizard School at the same time as a certain boy wizard, dedicated to “anyone who has never been destined to save the world.” To March 30. District of Columbia Arts Center (DCAC), 2438 18th St. NW. Call 202-462-7833 or visit www.dcartscenter.org. 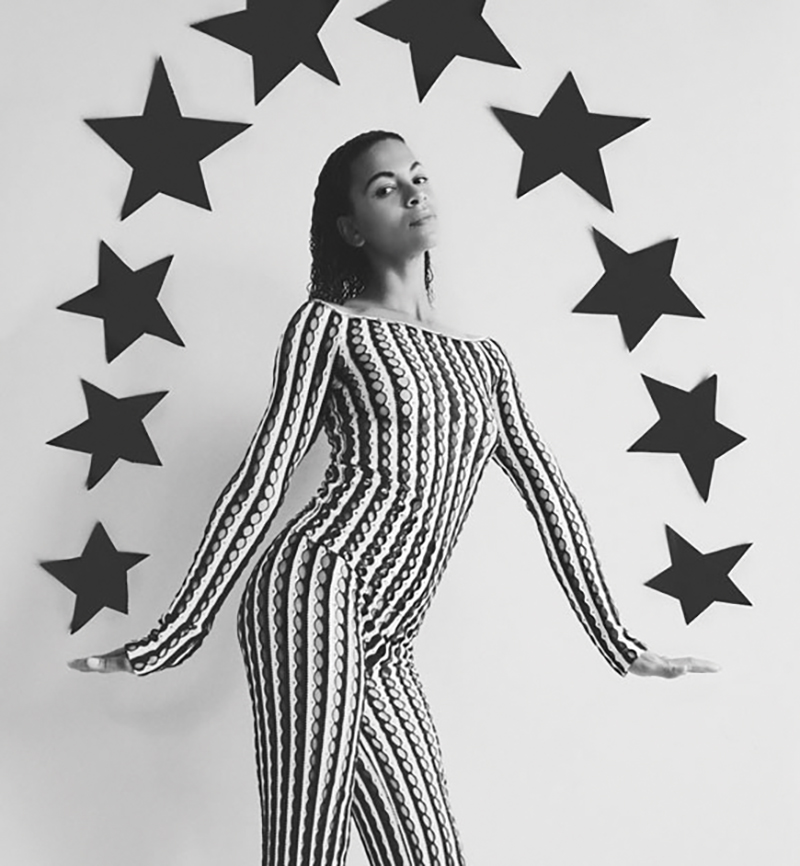 This French-Caribbean dynamo has spent the past decade as the unforgettable, undeniable diva of Escort, she of the “buttery R&B” voice (per NPR). Fortunately, Adeline Michele is still associated with that funky nu-disco orchestra from New York. Yet the bass-playing singer-songwriter has also branched out to try her hand at a mononymous solo career. Adeline is currently touring in support of her self-titled debut album, which nods to obvious influences such as Chaka Khan and Curtis Mayfield as well as to her contemporaries, from Hercules & Love Affair to, well, Escort. D.C.’s Mixxstress, a “multi-hyphenate entertainer” as vocalist/songwriter/DJ/producer, opens. Sunday, Feb. 24. Doors at 7 p.m. Union Stage, 740 Water St. SW. Tickets are $12 in advance, $15 at the door. Call 877-987-6487 or visit www.unionstage.com.