By John Riley on February 20, 2019 @JohnAndresRiley 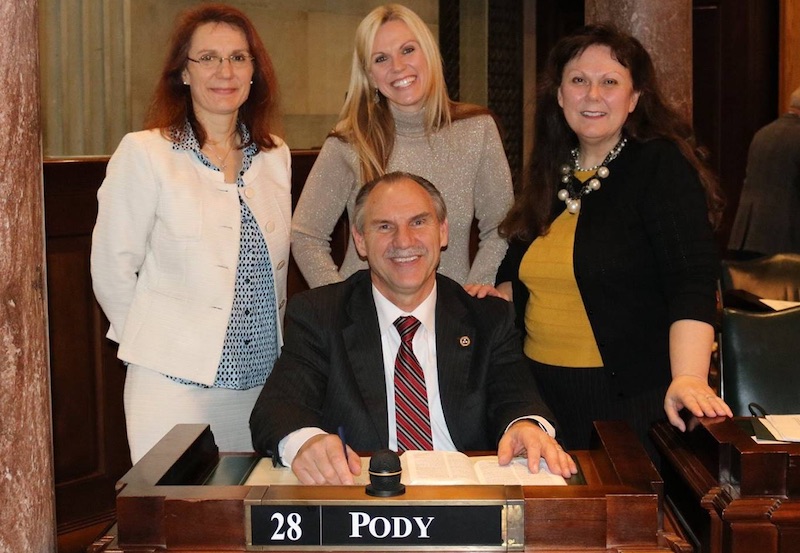 The bill, sponsored by Sen. Mark Pody (R-Lebanon) and Rep. Jerry Sexton (R-Bean Station), states that it is the policy of Tennessee “to defend natural marriage between one man and one woman, regardless of any court decision to the contrary.”

The bill is a direct affront to the U.S. Supreme Court’s 2015 decision in Obergefell v. Hodges, which overturned multiple state bans on same-sex marriage. If passed, the bill would dictate that the Office of the Attorney General could not defend any definition of marriage other than a so-called “natural marriage” between a man and a woman.

It would also likely trigger a wave of refusals by local officials, such as county clerks or magistrates, to recognize same-sex marriages — which in turn, would spark lawsuits that could once again bring the issue before the U.S. Supreme Court.

Pody, who previously served in the State House of Representatives, has previously introduced similar bills in 2016 and 2018. The 2016 bill was defeated in a House subcommittee after lawmakers balked at the possibility that its passage could potentially cost Tennessee more than $8.5 billion in federal funds for the state’s food assistance and TennCare health insurance programs.

In 2018, Pody’s bill was delayed after he rolled sponsorship over to another legislator after being elected to the Senate. As a result of the delay, the House never voted on the bill.

In an interview with News Channel 5, Chris Sanders, the executive director of the Tennessee Equality Project, says Pody and Sexton don’t have a very strong legal argument to justify nullifying the decision in the Obergefell case.

“We fought a Civil War over this issue in this country. And we have decided that, in fact, states cannot nullify opinions of the Supreme Court or federal law,” Sanders said. “The Fourteenth Amendment to the United States Constitution additionally says that no state shall make or enforce any law that…violates equal protection. So, in the Supreme Court’s view, and my view, the marriage law that Tennessee had was not equal protection. It was discriminatory. So that was properly struck down.”

But Sanders also said he sees the bill as part of a strategy by the far-right to either undermine marriage equality or force the courts to revisit the issue, in the hope that more conservative Trump-appointed judges will rule that Obergefell was wrongly decided.

“Under this current president, the courts are changing,” Sanders said. “This president is getting to a point [where he’s appointed] a number of district and circuit court judges, and some Supreme Court justice, and so I think it’s part of a long-term strategy.”

John Riley is the local news reporter for Metro Weekly. He can be reached at jriley@metroweekly.com
← Previous Story Indiana lesbian couple turned away by tax preparer because they’re married
Next Story → Transgender man gets hit with $30,000 bill after his insurance refuses to cover his surgery