By John Riley on February 21, 2019 @JohnAndresRiley 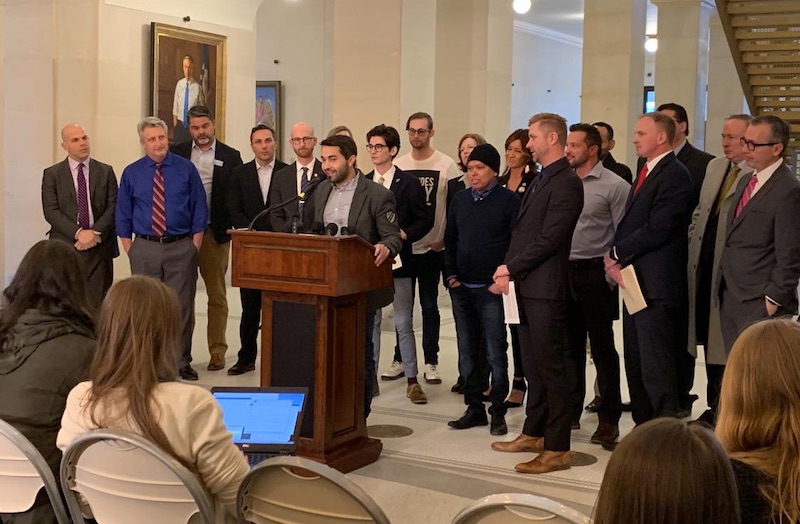 Supporters of the bill to ban conversion therapy at a news conference on Feb. 20. – Photo: Equality Utah.

Lawmakers in Utah have introduced a bill to protect LGBTQ youth from conversion therapy, which purports to change a person’s sexual orientation or gender identity.

The bill also prevents “talk therapy” whose sole aim is to suppress or change a person’s orientation or identity, instead of constructive recommendations such as changing bad habits or unhealthy behaviors — which would not be banned under the bill.

“I’m proud to sponsor legislation that protects children from the harmful and discredited practice of so-called conversion therapy,” Hall said in a statement. “This legislation establishes regulatory standards and will have a positive impact on the mental health and wellbeing of LGBTQ youth.”

But the sponsors have also gone out of their way to include explicit language in the bill to ensure opponents cannot accuse them of infringing on pastors’ religious liberty.

“Like several other laws and ordinances passed around the country, the Utah bill makes clear that the law does not apply to a clergy member or religious counselor ‘who is acting substantially in a pastoral or religious capacity and not in the capacity of a health care professional,'” says Casey Pick, a senior fellow for advocacy and government affairs at The Trevor Project, which is supporting the bill.

“One unique provision in the Utah bill is that it also makes clear that conversion therapy does not include therapy which does not seek to change a client’s or patient’s sexual orientation or gender identity but does ‘discuss a client’s or patient’s moral or religious beliefs or practices with the client or patient,'” notes Pick. “But that kind of sexual orientation and gender-identity-neutral therapy wouldn’t be prohibited under any other state’s law, either. This bill is as strong as any passed in the United States, and we’re proud to support it.”

As a result of that specific language, the Church of Jesus Christ of Latter-day Saints has said it will not oppose the bill — a victory for LGBTQ advocates, who hope that support from members of the LDS church and Republicans will improve the bill’s chance of passing the legislature. 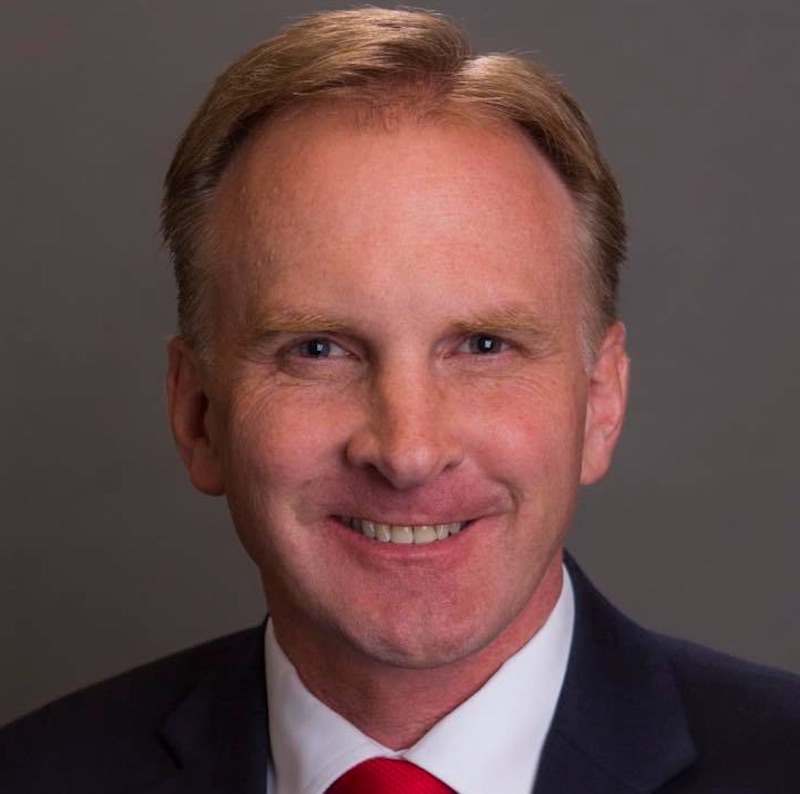 Most mainstream professional medical associations are on record as opposing conversion therapy or calling it “ineffective,” including the American Medical Association, the American Psychological Association, and the American Academy of Pediatrics. Currently, 15 states and the District of Columbia ban the practice, as do several dozen municipalities in other states without a statewide law.

Several LGBTQ organizations praised Hall and McCay for introducing the bill, which they say is long overdue.

“For decades, LGBTQ Utahns have been subjected to the harmful and fraudulent efforts of conversion therapy, and it’s sadly still happening,” Troy Williams, the executive director of Equality Utah, said in  a statement. “We still meet young people who are being told they can change their sexual orientation or gender identity, and the impacts are devastating.”

“No child should be put through the dangerous, debunked and inhumane practice of conversion therapy,” Marty Rouse, national field director for the Human Rights Campaign, added. “It’s time to ensure that LGBTQ youth are protected from this junk science across the state and in every jurisdiction.”