Joe Calarco's newest play is a time-bending dramedy that also happens to be gay. 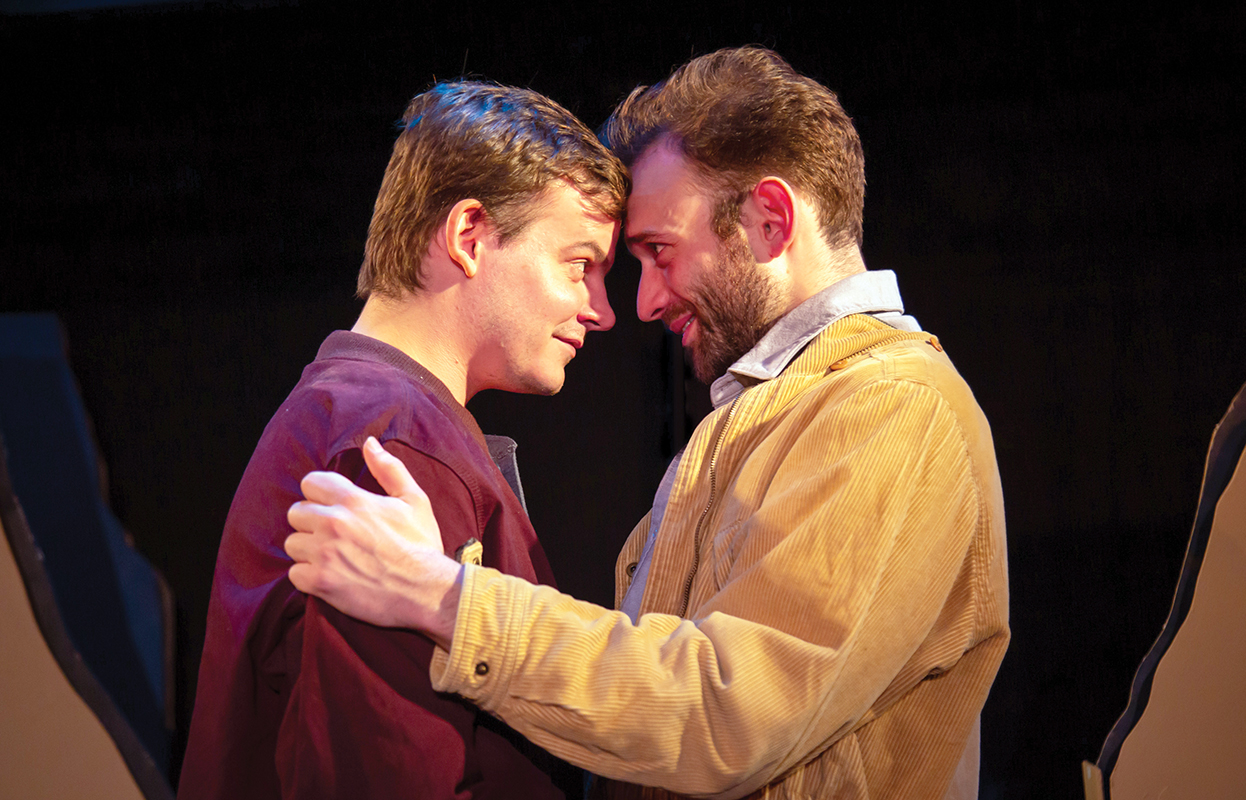 Joe Calarco’s new play Separate Rooms is hardly your typical gay love story. For one thing, the time-bending play begins after one of the lovers’ deaths. As portrayed by Alex Mills, the deceased “is in the play as a sort of witness to his friends, his family, and some strangers — [who] of course cannot see him,” says Calarco. “We get to know this group of friends and family. We see the uncovering of their relationships and what he meant to them.”

Separate Rooms further distinguishes itself from much of the gay canon in its approach to sexuality and identity. “No one’s struggling with coming out,” Calarco says. “There’s no complication with, ‘My friend’s gay.’ In this show, it’s just part of the world and who they are in that world. There are six other characters in the play who are straight, and we see those relationships, too. It’s just about a group of people who are who they are, and who are living life, or trying, struggling, through a difficult evening.”

While it may touch on serious issues and difficult circumstances, Separate Rooms is not a drama, it’s a dramedy — and comedy is its animating force. “It’s absolutely dealing with real stuff,” Calarco says, “[but] it’s very, very funny — laugh-out-loud funny at times…. It’s very much a comedy.” In that sense, it’s in line with earlier works written by Calarco — from his all-male adaptation Shakespeare’s R & J to Walter Cronkite Is Dead. Both plays received acclaimed productions at Signature Theatre, where Calarco currently serves as Resident Director.

“When I first wrote [the play], it was sort of my Big Chill. It’s what happens when you head into your 30s: You and your college friends just start to splinter, as a group of people, who spent every waking moment together.” Roughly 15 years later, Calarco has revisited the work — originally named Party Talk — with major assist from Jordan Friend, founding artistic director of Silver Spring’s new 4615 Theatre, which is producing the work.