Number of lesbian mayors across America could triple by June 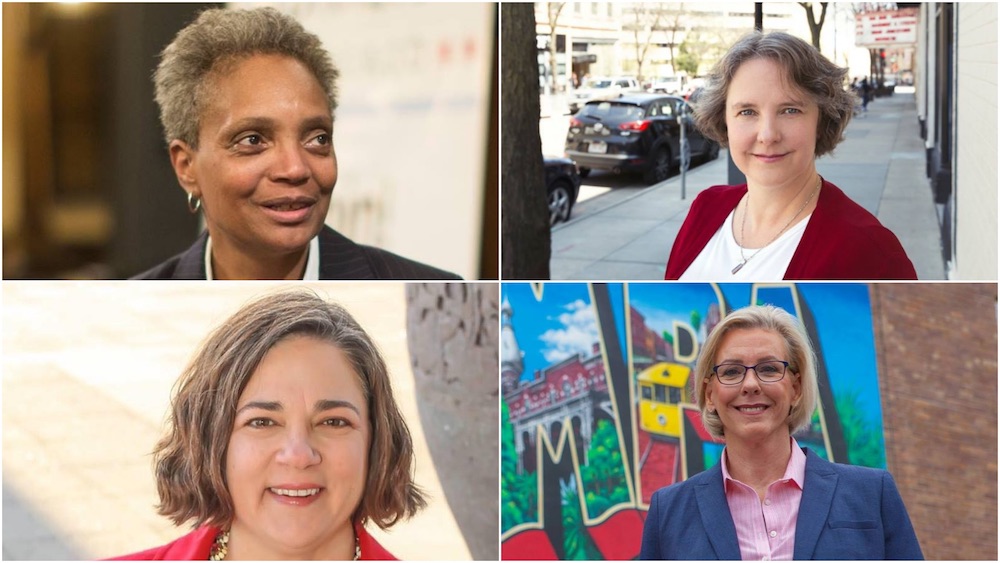 Four lesbian mayoral candidates are poised to make history this year, potentially tripling the number of out lesbians ever elected to lead a top 100 city, and bringing the total number of out LGBTQ mayors to 42.

Victories by all four women would bring the number of out lesbians ever elected to lead a top 100 city from two — currently-serving Seattle Mayor Jenny Durkan and Annise Parker, the CEO of the LGBTQ Victory Fund and the former three-term mayor of Houston — to six. It would also nearly double the number of out LGBTQ people to have ever been elected mayor of a top 100 city, from six to 10.

In total, there are 38 openly LGBTQ serving as mayors of cities of any size, including nine lesbians (including one who is intersex) and one queer woman, according to the LGBTQ Victory Fund, which seeks to get openly LGBTQ elected to office.

“We are well-positioned to make 2019 the year of the lesbian mayor — potentially tripling the number of lesbians elected major city mayors in just one cycle,” Parker said in a statement ahead of the April elections. “All four women are on a clear path to victory and together would control city budgets of nearly $10 billion — that’s real responsibility and real power. Mayors have a profound influence on the daily lives of their constituents, so it is vital that diverse leaders with unique perspectives and solutions are elected to these positions.”

See also: Basketball legend Tim Hardaway says he’s not in the Hall of Fame because of past anti-gay comments

John Riley is the local news reporter for Metro Weekly. He can be reached at jriley@metroweekly.com
← Previous Story Basketball legend Tim Hardaway says he’s not in Hall of Fame because of anti-gay comments
Next Story → Google finally deletes conversion therapy app after protest from LGBTQ activists