Acclaimed French filmmaker Claire Denis (Beau Travail) makes her English-language debut with a provocative and sexy science-fiction drama. Robert Pattinson stars as the sole adult survivor of a damned and dangerous mission to deep space. The crew with sinister motives, led by Juliette Binoche, has vanished, leaving Pattinson and his baby daughter struggling to survive as they hurtle toward the oblivion of a black hole. Opens Friday, April 12. At the Landmark E Street Cinemas and the ArcLight Bethesda. Visit www.landmarktheatres.com or www.fandango.com. 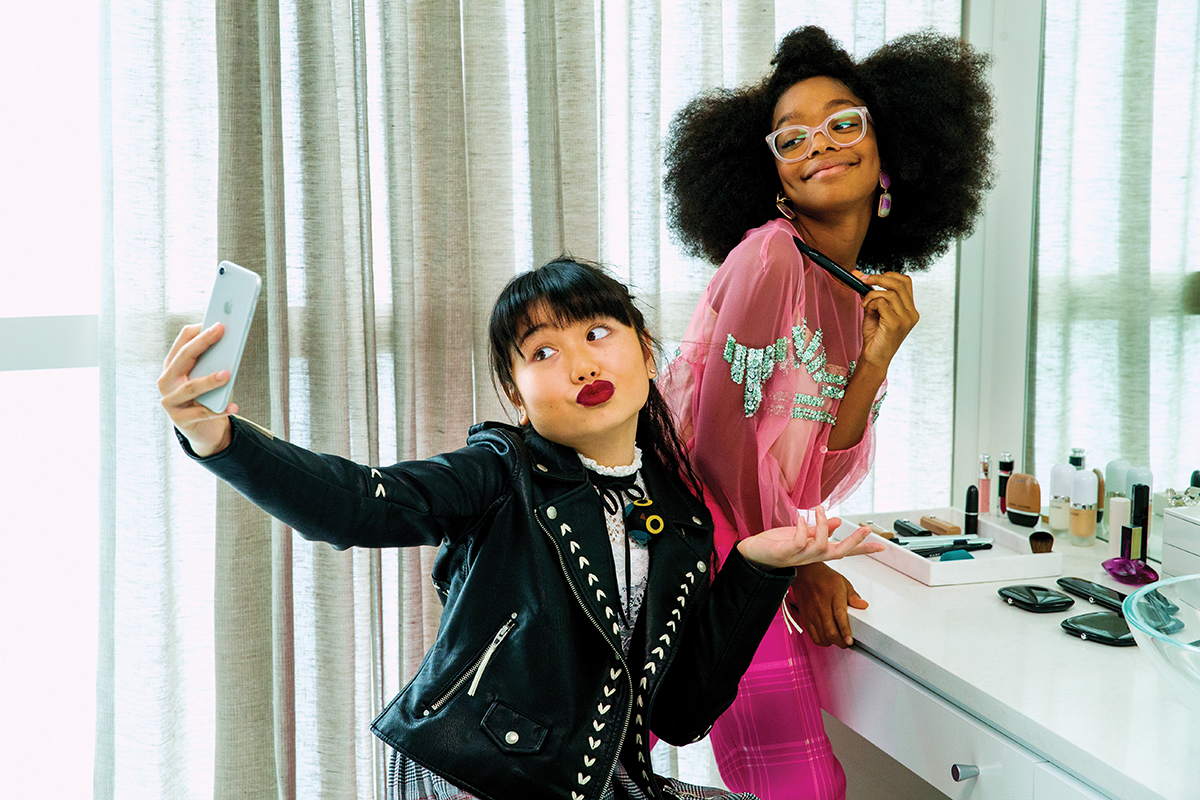 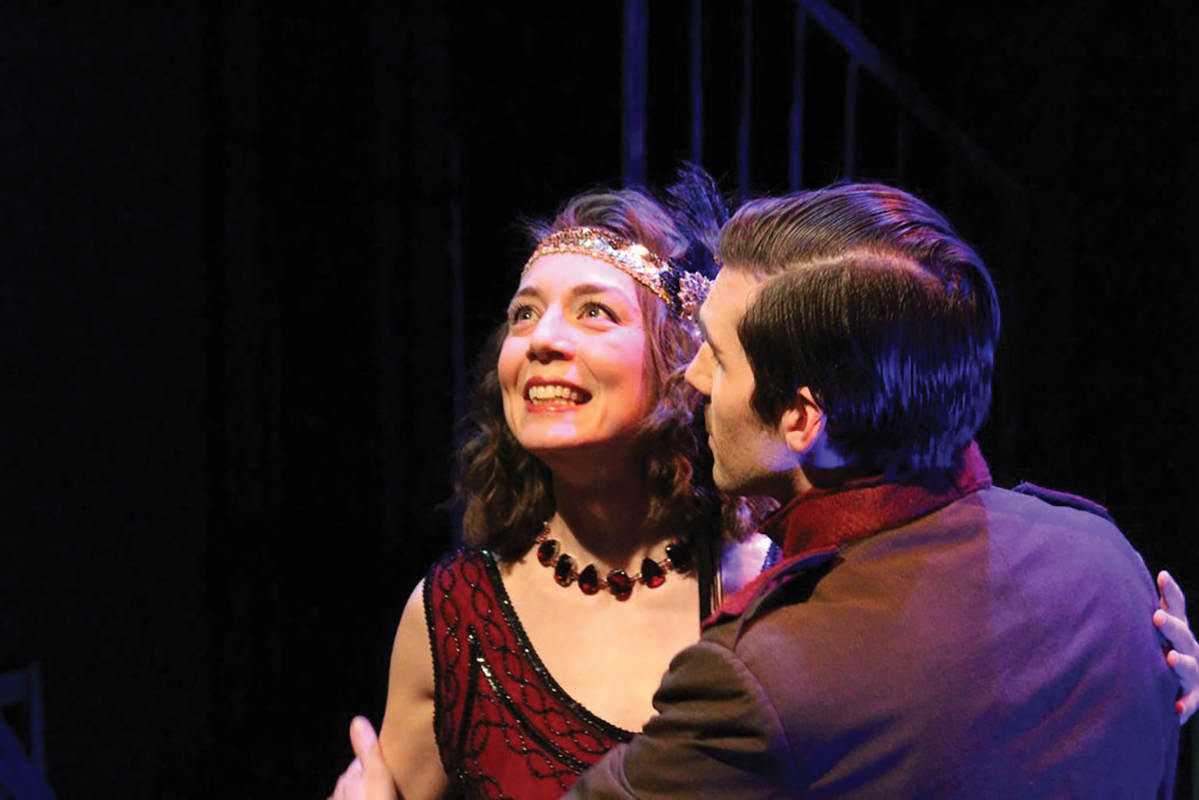 CLOTHES FOR A SUMMER HOTEL

The LGBTQ-focused Rainbow Theatre Project continues its sixth season with an evocative “ghost play” by Tennessee Williams focused on the tumultuous marriage and creative lives of Zelda and F. Scott Fitzgerald. The couple revisits their youth in a haunting and poetic theatrical tale that blurs past and present and includes ghosts of characters who influenced the two, including Ernest Hemingway. Greg Stevens directs a production featuring Sara Barker as Zelda, Aidan Hughes as Scott, and Matty Griffiths as Ernest leading an eight-person cast. Now to April 28. District of Columbia Arts Center, 2438 18th St. NW. Tickets are $35. Call 202-462-7833 or visit www.rainbowtheatreproject.org. 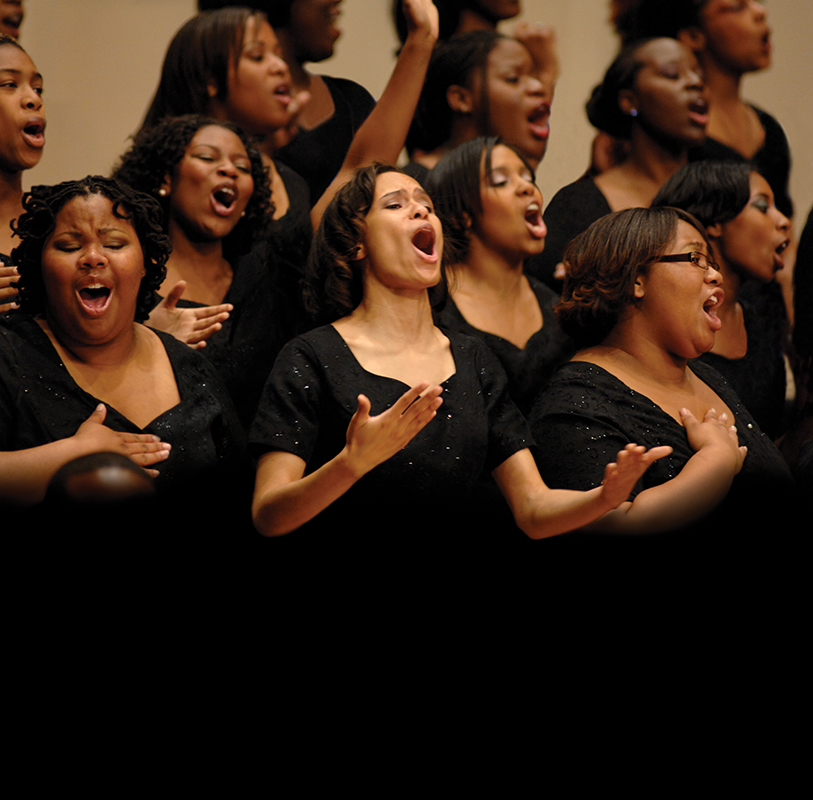 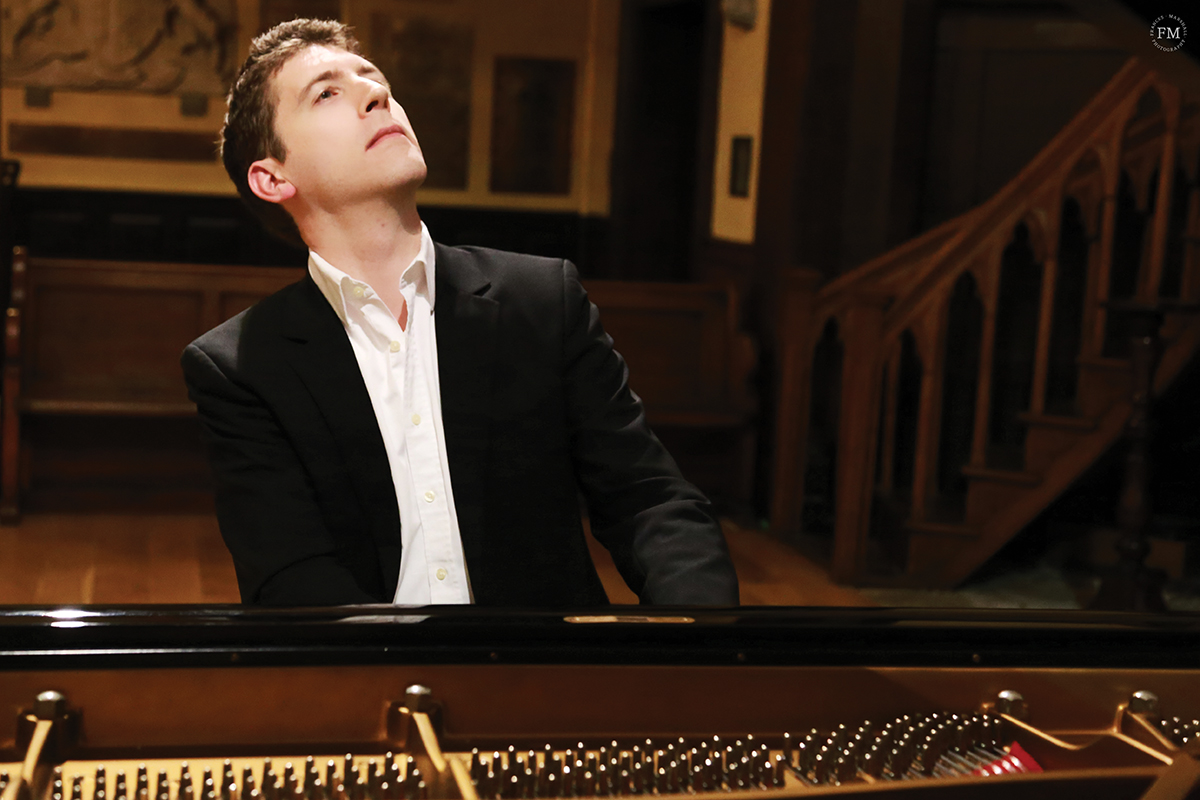 The Washington Conservatory of Music offers a solo piano concert featuring one of Ireland’s most in-demand classical musicians. Collins will perform Mozart’s Sonata in A Major “Alla Turca”, Brahms’ Vier Klavierstücke, and Schubert’s Sonata in A Major. The concert will be followed by an informal Wine & Words Q&A with Collins and complimentary beverages. Saturday, April 20, at 8 p.m. Westmoreland Congregational Church, 1 Westmoreland Circle. Bethesda. Tickets are free, with a suggested donation of $20. Call 301-320-2770 or visit www.washingtonconservatory.org. 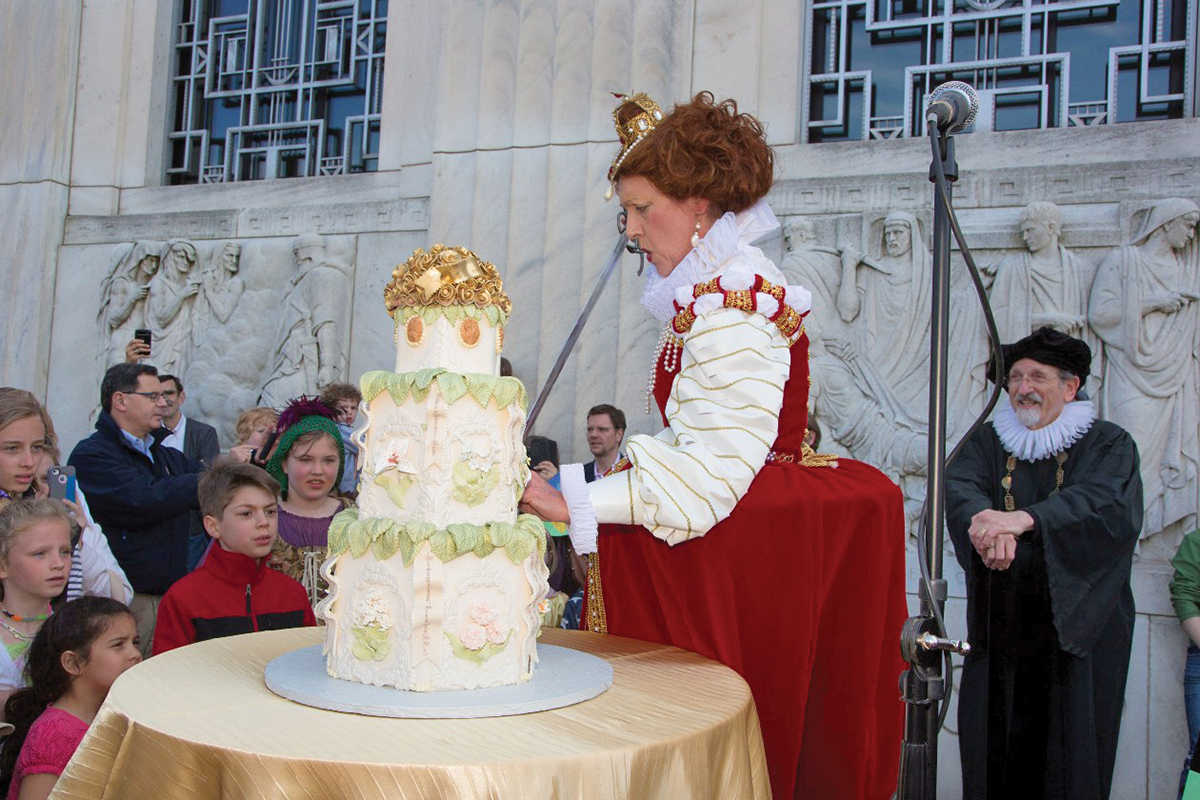 The Folger Shakespeare Library goes all out with its annual birthday celebration of the bard in a way that might be best described as Shakespearean. Jugglers and jesters join other theatrical performers and musicians in celebrating the bard’s big day, which culminates in a cake-cutting ceremony at 4 p.m. by an actor dressed as Queen Elizabeth I. Celebrants can also stroll around the building — including perusing the new temporary exhibition A Monument to Shakespeare, which opens the day before, as well as the Elizabethan garden. There will also be a smattering of food trucks on site. Sunday, April 14, from noon to 5 p.m. Folger Shakespeare Library, 201 East Capitol St. SE. Free. Call 202-544-7077 or visit www.folger.edu. 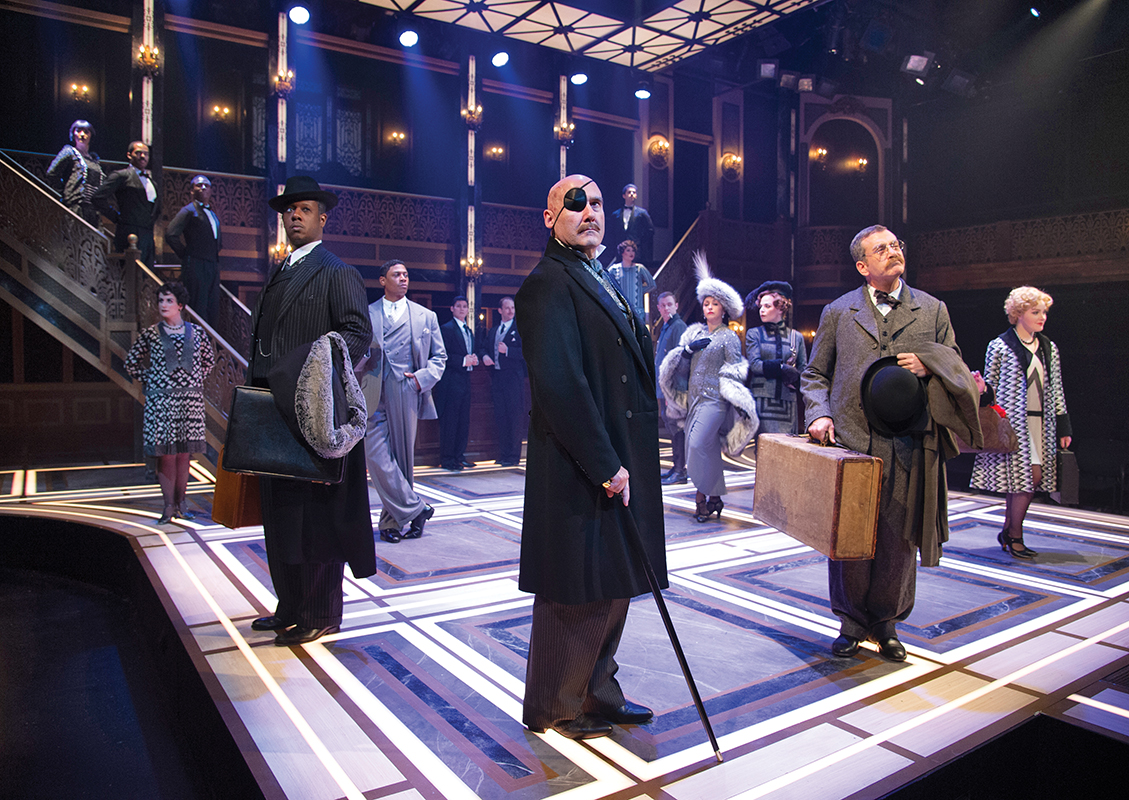 Eric Schaeffer directs one of his favorite musicals, a multiple Tony-winning work from 1989 with a book by Luther Davis and music and lyrics by Robert Wright, George Forrest, and Maury Yeston. Based on the 1929 novel by Vicki Baum that also spawned two World War II-era movies, Grand Hotel The Musical is set in a lavish hotel in Weimar Republic Berlin — and staged in such a way at Signature Theatre that audiences will feel like they are sitting in the hotel’s lobby. A fading ballerina, a destitute baron, a wannabe starlet, and an ailing bookkeeper are just a handful of the many characters who come and go in the show, with Signature stars Bobby Smith and Natascia Diaz leading a large cast also featuring other Signature veterans including Nicki Elledge, Kevin McAllister, Crystal Mosser, and Lawrence Redmond. Jon Kalbfleisch leads the orchestra while Kelly Crandall D’Amboise helms the choreography. In previews. Opens Tuesday, April 9. Runs to May 19. MAX Theatre, 4200 Campbell Ave., Arlington. Call 703-820-9771 or visit www.sigtheatre.org.

The Chantilly, Va.-based Kista Tucker Insights comes to Dance Place to perform two new works, foremost among these a years-in-the-making epic The Factory Project. The story-based piece explores the kind of community that exists within the confines — among the employees — of a factory, and features a score by composing multi-instrumentalist Christian Cherry, also a noted dance professor. The second work, Pitted Post, WY, features KTI dancers striving to elicit the essence of rural Wyoming, from the gently sloping and wide-open landscape, to “the critters (in the air and on the ground).” The aim, here as with other KTI productions, is to provide a naturalistic, “transformative experience,” akin to “watching a piece of art or painting come to life.” Saturday, April 13, at 8 p.m, and Sunday, April 14, at 2 p.m. Morris & Gwendolyn Cafritz Theater, 3225 8th St. NE. Tickets are $20 to $25. Call 202-269-1600 or visit www.danceplace.org. 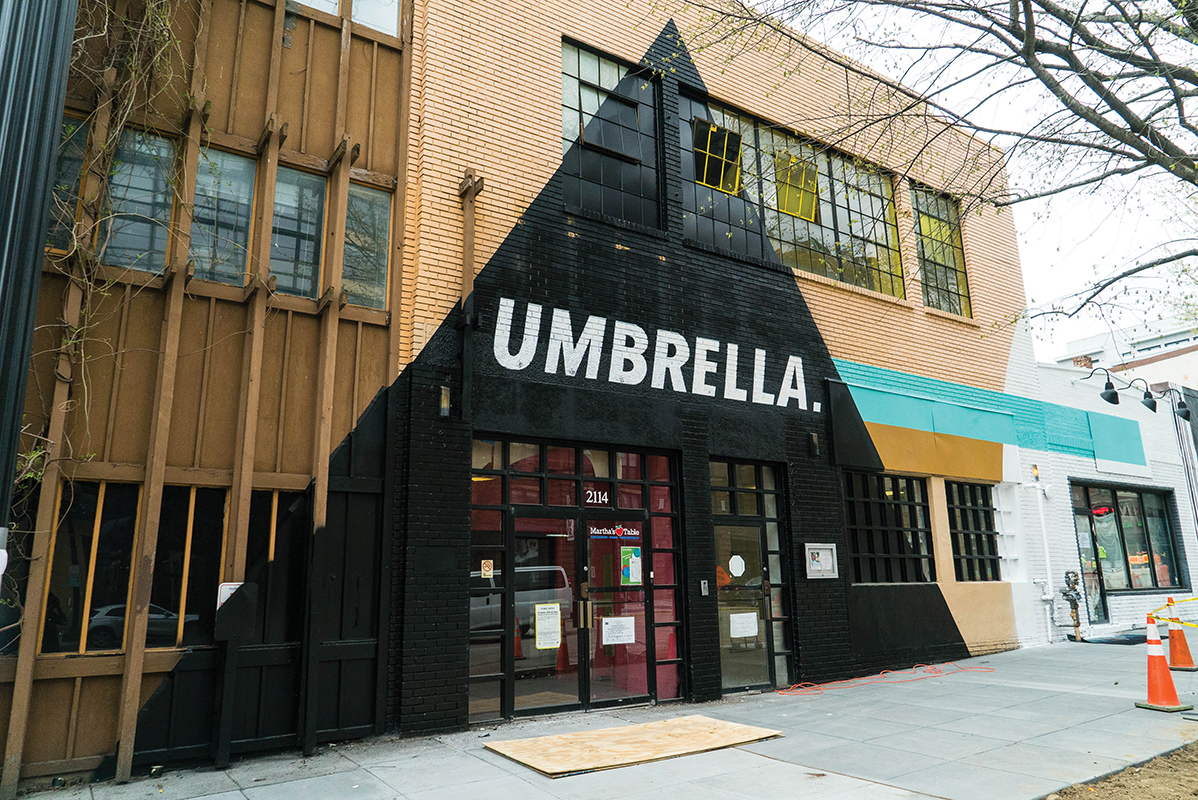 In the new mixed-use space that formerly housed Martha’s Table and adjoining properties on 14th Street NW comes a three-day pop-up event spanning an entire city block. The goal is to showcase Madison Investments’ plans for the massive development amongst art installations, site-specific projects and hundreds of pieces of artwork, all for sale at prices ranging from $250 to $3,000, with a portion of the proceeds donated to Feed It Forward, a group of friends in D.C. helping those who need a little help. Organized by artists-led events organization No Kings Collective, the local artists and art galleries represented in Umbrella include: Kelly Towles, Naturel, Maggie O’Neill, Monochrome Collective, Washington Project for the Arts, Mark Kelner, Fabiola R. Delgado, PAKKE, Rock Creek Social Club, District Dodger, and JAB. In addition, Bun’d Up will be on hand providing handmade buns, local produce, and sustainably raised meats from Springfield Farm, and Please Bring Chips will oversee a pop-up bar program. There will also be giveaways and prizes. When finished, the Collection 14 will present 25,000 square-feet of retail space populated with venues “committed to promoting the arts,” plus another 5,000 square-feet of office space and 3,500 square-feet of event space, as well as 233 apartment units. 2114 14th St. NW. Opening Reception Friday, April 12, from 5 p.m. to 12 a.m., Saturday, April 13, from 12 p.m. to 12 a.m., and Sunday, April 14, from 12 p.m. to 8 p.m. Tickets are free, but guests are encouraged to register online by searching for “No Kings Collective” at www.eventbrite.com. 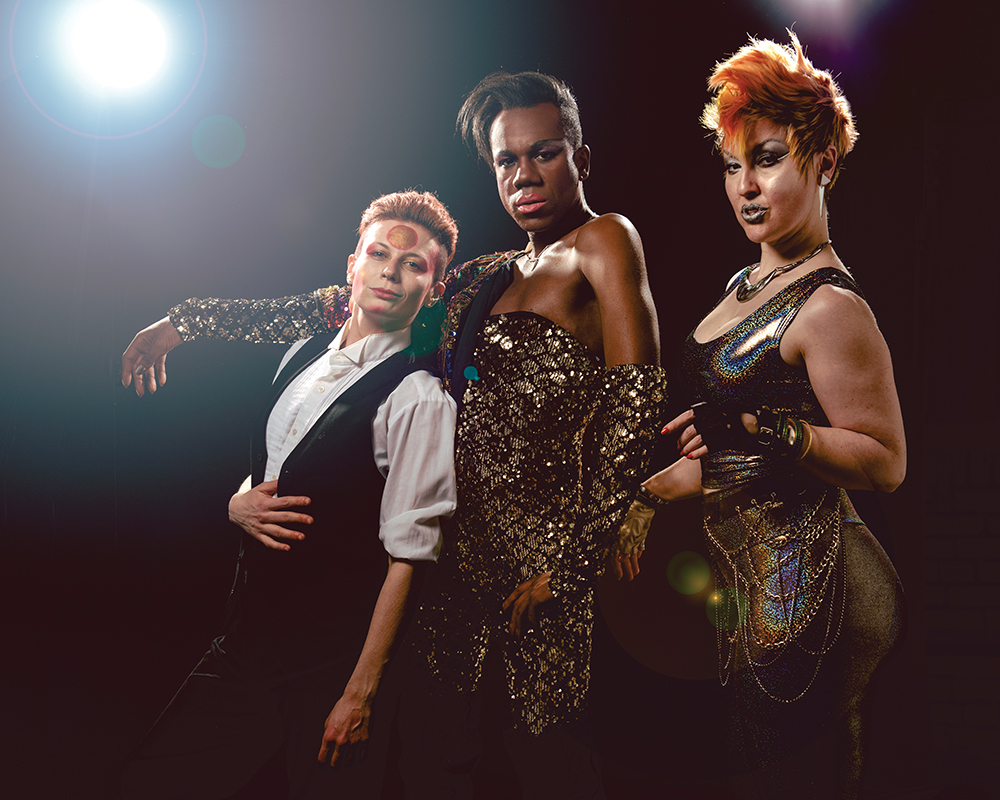 Intended as a “holiday for space,” Yuri’s Night is an annual event that celebrates the world’s first manned space flight by Russian cosmonaut Yuri Gagarin — who spaced out on April 12, 1961. The National Air and Space Museum gets in on the act for a party that also celebrates the launch of the first Space Shuttle by NASA — April 12, 1981 — and the 50th anniversary of the Apollo 11 Moon landing. And the 50th anniversary of the release of the self-titled sophomore album from that late, great, notorious musical “Space Oddity” himself, David Bowie. BrightestYoungThings co-presents this zany if not-quite geeky party, featuring a DJ set by Autograf, a Planetarium laser-light show, a live taping of the museum’s AirSpace podcast, space-inspired activities, TED-style space talks, and so on and so forth. Friday, April 12, from 8:30 p.m. to midnight. Independence Ave at 6th St. SW. Remaining tickets are $60 plus a $5 fee. Call 202-633-2214 or visit https://spaceoddityparty.eventbrite.com. 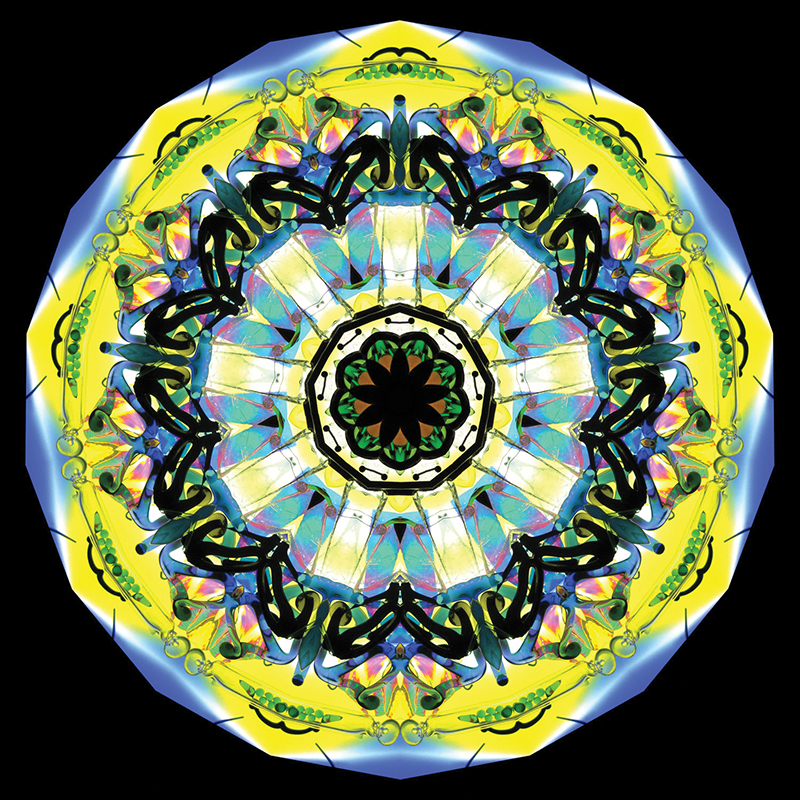 The Brewster Kaleidoscope Society returns to the Mansion at Strathmore with another juried exhibition showcasing the enchantment as well as the diversity of kaleidoscopes. Artists from around the world display custom-made kaleidoscopes or kaleidoscope-inspired works, varying in size from standalone sculptures to handheld and exquisite pieces of jewelry — but all of them employing “the magic of mirrors” to create a continually changing and endless display of two- and three-dimensional images. Opening Reception Sunday, April 14, at 1 p.m. On display through May 26. 10701 Rockville Pike, North Bethesda. Call 301-581-5100 or visit www.strathmore.org.