By John Riley on April 2, 2019 @JohnAndresRiley 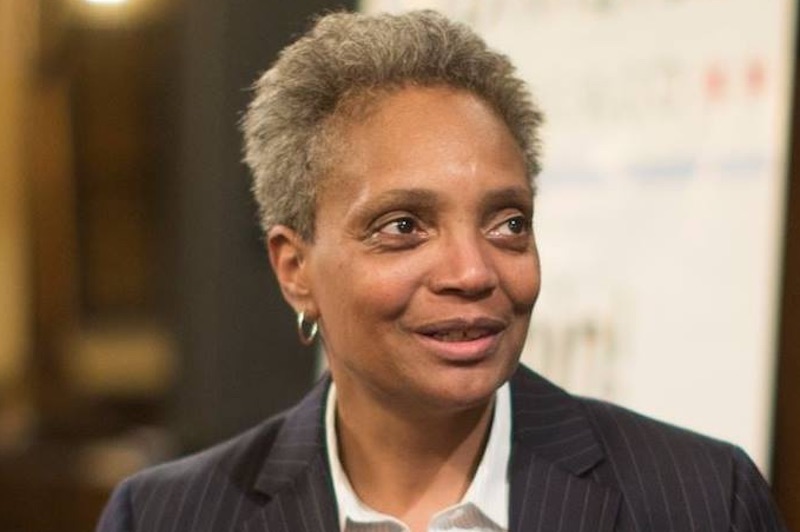 Lori Lightfoot, an out lesbian lawyer, defeated Cook County Board President Toni Preckwinkle in a massive wipeout on Tuesday, winning 74 percent to 26 percent of the vote, with 83% of precincts reporting, according to The Chicago Tribune.

With her victory, Lightfoot becomes the highest-ranking LGBTQ mayor in American history and the only black lesbian mayor serving anywhere in the nation. She also becomes Chicago’s first black female mayor in history.

Lightfoot celebrated the history-making nature of her win in her victory speech, and noted the impact it will have on LGBTQ children and children of color.

“Out there tonight a lot of little girls and boys are watching us. And they’re seeing the beginning of something, well, a little bit different,” she said. “They’re seeing a city reborn.

“In the Chicago we will build together, we will celebrate our differences,” Lightfoot continued. “We will embrace our uniqueness. And we will make certain that we all have every opportunity to succeed.”

She added: “Every child out there should know this: Each of you, one day, can be the Mayor of Chicago.”

"Every child out there should know this:

Each of you, one day, can be the Mayor of Chicago."

The LGBTQ Victory Fund previously endorsed Lightfoot in December 2018, at a time when many questioned her viability in a crowded field with 13 other opponents. She went on to claim the top spot in the Feb. 26 primary election.

“A black lesbian taking power in the nation’s third-largest city is a historic moment for so many communities that are too often ignored in American politics,” Parker said in a statement. “Chicago’s enormous influence on the national dialogue provides a platform for Lori to promote more inclusive solutions to the challenges facing our cities and nation — and to be a credible messenger as well.

“Lori will certainly remain focused on the issues facing Chicago,” added Parker. “But as the highest-ranking LGBTQ person ever elected mayor of an American city — a title she takes from me — she is also now a key leader in the movement to build LGBTQ political power nationwide.”

Lightfoot is one of four out lesbians seeking major political office this month. Also on Tuesday, Satya Rhodes-Conway defeated incumbent Paul Soglin by a 62%-38% margin to become the next mayor of Madison, Wis.

In Kansas City, mayoral candidate Jolie Justus qualified as the top vote-getter for a June 18 runoff election. She will face Quinton Lucas in the general election.

On April 23, lesbian mayoral candidate Jane Castor will compete in a runoff election that will determine the next mayor of Tampa, Fla.

If Justus and Castor get elected, the number of out lesbians to have served as mayors of top 100 cities will triple, from two to six.

See also: Poll: Majority of Americans would be comfortable with an openly gay president