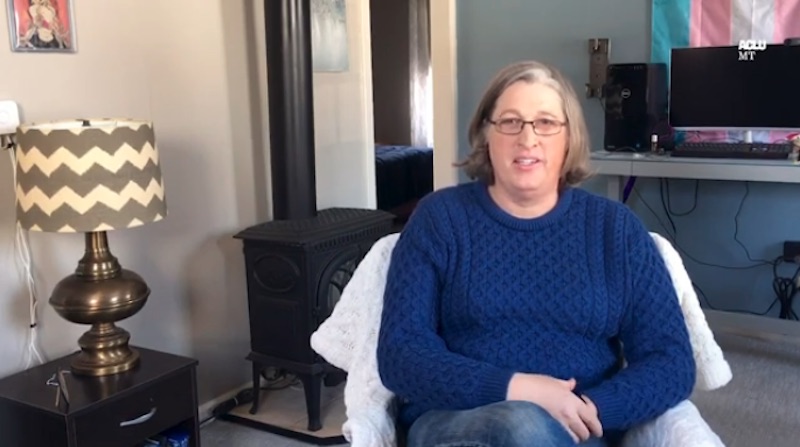 The Montana Human Rights Bureau has found that a transgender woman working for Yellowstone County was discriminated against when her employer-provided health plan refused to pay for gender-affirming health care.

Eleanor Andersen Maloney, an attorney for Yellowstone County’s Department of Public Health and Human Services, sought help after being diagnosed with gender dysphoria in September 2017.

She sought counseling from a doctor, but was later informed that the county — which had initially approved coverage for their therapy sessions — would no longer allow her to use her insurance to pay for her therapy due to an exclusion prohibiting the plan from covering procedures or treatments related to a gender transition.

Maloney also sought pre-approval for a consultation with a surgeon to undergo gender confirmation surgery, but was informed that, due to that same exclusion, she would not be able to obtain pre-approval and would have to pay out of pocket if she insisted on moving forward with any surgery.

Maloney sent a letter seeking pre-approval for specific transition-related procedures. A month later, she received a letter denying her request, at which point she appealed the decision and even arranged a meeting with Yellowstone County commissioners to request that they remove the insurance exclusion from the employee health plan.

Maloney eventually resigned her position, citing the denial of care as the sole reason for her resignation. She then filed two grievances, one with the county attorney and another with the county’s human resources department, alleging that the denial of care constituted a form of unlawful discrimination. She also received a letter from the county denying her earlier appeal. So she enlisted the help of the ACLU of Montana to file a complaint with the state’s Human Rights Bureau.

In addition, Montana’s Medicaid policy explicitly covers gender-affirming health care for transgender people, meaning it would not be extraordinarily difficult or unusual for county governments to offer similar benefits without trans-specific exclusions.

The ACLU of Montana celebrated the decision.

“It’s very simple: discrimination on the basis of gender identity is illegal,” Elizabeth Ehret, an attorney for the ACLU of Montana. “Yet, the only reason Ms. Maloney was denied coverage for her healthcare was because of her gender identity.  We are pleased with the findings of the Montana Human Rights Bureau and hope this leads to a change in Yellowstone County’s policy.”

Even though Maloney has since found a new job with a health care plan that does not contain a transgender exclusion, she still believes it is important to ensure Yellowstone County changes its policy for other transgender employees who may be hired in the future.

“I was denied medically necessary coverage because of an outdated and discriminatory insurance practice,” she said in a statement. “It hurts to be treated differently just because of who you are.”

Yellowstone County, which has previously argued it is justified in keeping the exclusion in place because there is no state or federal law explicitly prohibiting discrimination based on gender identity, has 30 days to respond to the Bureau’s most recent decision. If the county and Maloney are unable to work out an agreement, the case will move on to the Hearings Bureau for a formal hearing.

John Riley is the local news reporter for Metro Weekly. He can be reached at jriley@metroweekly.com
← Previous Story A Wyoming teacher complained about anti-gay flyers appearing in school. The principal fired her.
Next Story → New HIV therapy ‘kicks’ virus out of hiding and ‘kills’ it