However, under new policy, transgender females who transition at school will not be allowed to matriculate 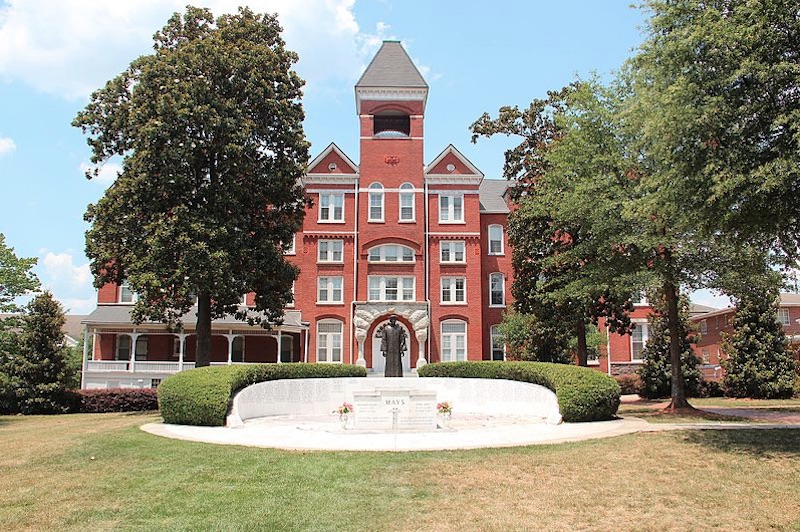 Morehouse College, the only all-male historical black college in the United States, has announced it will begin admitting transgender men during the 2020-2021 school year.

Under the new policy, approved on Saturday by the college’s board of trustees, Morehouse will accept new student applications from individuals who live and self-identify as men, including transgender men and nonbinary individuals who do not identify as exclusively female.

However, transgender women will not be admitted, and any student who transitions or begins to self-identify as a woman will no longer be eligible to matriculate at Morehouse.

“Once admitted to the College, all students are expected to self-identify as men throughout their education at Morehouse,” the new policy states.

Under the policy, in rare circumstances, a transgender female student who was previously enrolled prior to transitioning can appeal for an exemption if she can explain why she wishes to remain at Morehouse, a school explicitly designed for men, or would encounter significant hardship if forced to leave.

“We are a place that’s been around for the last 152 years doing nothing but educating the minds of young men, and we are not stopping that now,” Terrance Dixon, Morehouse’s vice president for enrollment management, told BuzzFeed News in an interview. “We’ve never shied away from social issues, and it’s a time for us to be the leaders that we are … to address gender identity in our rapidly changing world.”

Morehouse’s announcement is the latest in a trend of single-gender schools revisiting admissions policies that take into account transgender students.

The National Black Justice Coalition praised the move by the college to begin accepting transgender men.

“Every student has a right to an educational experience where they feel safe, engaged and supported,” the organization said in a statement. “However, the fact remains that far too many students, especially Black lesbian, gay, bisexual, transgender, queer and same gender loving (LGBTQ/SGL) students, find college campuses and K-12 schools to be hostile and unsafe spaces, which makes it challenging to learn and develop the skills, experiences and credentials needed to succeed in the global 21st century labor market.

“As the nation’s only Historically Black College (HBCU) for men, the leadership of Morehouse are ensuring gender justice and providing high quality educational opportunities for all Black men, which is especially critical at a time where political, economic and social decisions are made on the basis of discrimination and hate,” NBJC’s statement continued.

“The Gender Identity Admissions and Matriculation policy underscores the fact that Black Trans men are men. … These actions are significant, especially given how socially constructed identities like male, Black and homosexual are used to divide families, deny individuals access to public resources and spaces and otherwise destroy lives. As NBJC continues the work of supporting increases in cultural competency at HBCUs nationwide, we applaud and look forward to supporting efforts to ensure that all Black students can thrive.”

While Morehouse will make history by becoming the first all-male school in the country to adopt a transgender-inclusive policy, some LGBTQ activists object to how the new policy deals with transgender women, particularly those who transition while at college.

Because the policy will not take effect until the fall of 2020, there will be some transgender women who will be “grandfathered” in and allowed to graduate before that school year.

One of those women, Tatiana Rafael, a current Morehouse student, told BuzzFeed News that she will be the first fully transitioned transgender woman in the school’s history to graduate from Morehouse, and the first woman to earn a degree from the college since the 1930s.

But Rafael also believes the new policy is unfair toward transgender females, and feels sorry for any trans women who may come after her, as they will be forced to leave.

See also: Transphobic teen kicked in the balls while trying to stage an anti-transgender protest in the girls’ bathroom

John Riley is the local news reporter for Metro Weekly. He can be reached at jriley@metroweekly.com
← Previous Story Buttigieg responds to Pence: My problem is when your “religious beliefs are used as an excuse to harm other people”
Next Story → California school district settles discrimination lawsuit brought by lesbian teacher